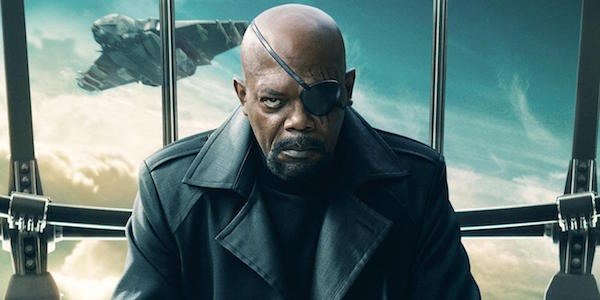 With much of the original slate of Marvel Studios series delayed due to the Coronavirus, Disney+ needed some new material. While there’s no telling when The Falcon and the Winter Soldier, WandaVision and Loki will be back in production, we will get a new series this month.

The Fury Files will debut May 15, which seems to utilize footage from various Marvel projects including Avengers: Earth’s Mightiest Heroes.

“You shouldn’t be surprised that Nick Fury has files on every single Marvel Super Hero. Fury Files gives viewers top-secret access to S.H.I.E.L.D. intel on key Marvel heroes and villains.

All of this is told by none other than the mysterious Fury, bringing together a mix of animation and motion comic art! Looking to download a bunch of information about every single hero? Fury’s got you covered.”

It’ll be interesting if Disney+/Marvel Studios was able to get Samuel L. Jackson to shoot opening and closing sequences as well as narrate the series. While his schedule ordinarily would be too packed to take part in this series, Jackson might be available and willing to take part in the show.

What do you think of this reveal? Interested in checking out Fury Files?