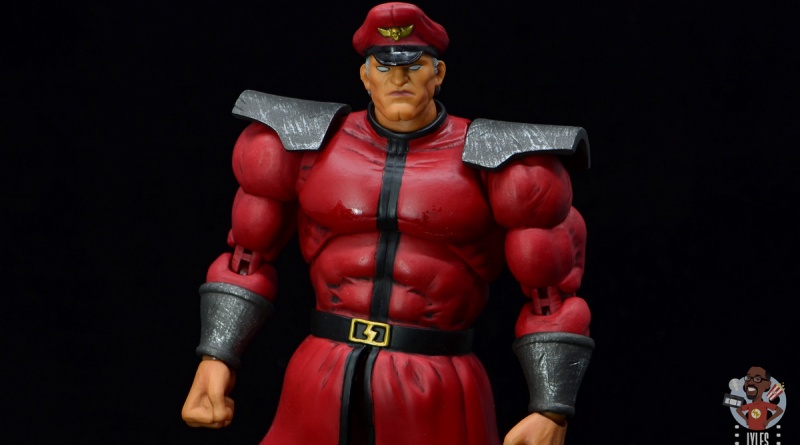 Street Fighter has had its share of seemingly unbeatable, intimidating villains, but none of them have matched that initial satisfaction of finally beating M. Bison. He’s the boss of all bosses for me in terms of fighting games so I was thrilled when Storm Collectibles tackled him for its Street Fighter V line. Let’s see if he’s got the (psycho) power! 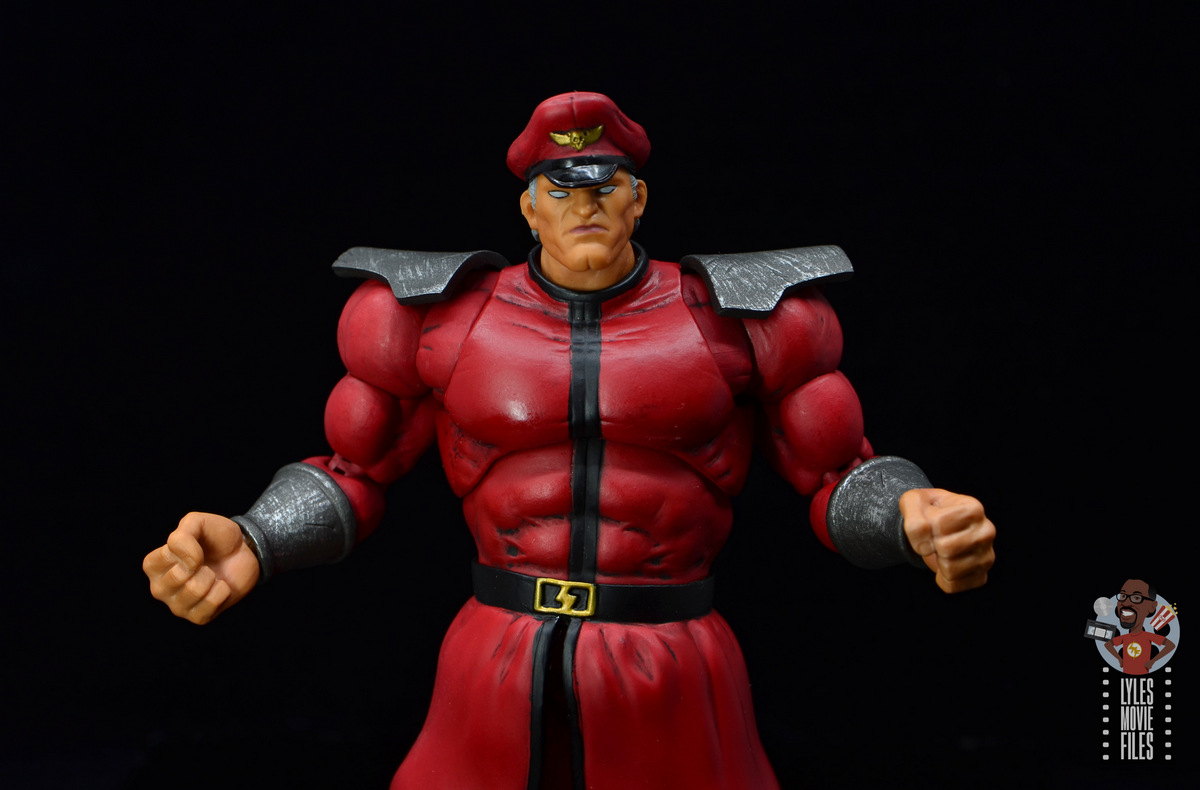 Packaging:  Storm Collectibles provides one of the best figure presentations with its packaging. It’s very colorful with the bright blue world map backdrop, a big portrait of M. Bison from the game engine and an animated version on either side. The back of the packaging offers a thorough bio and a bunch of pictures showing off the accessories and pose possibilities.

This is a pretty big box too and much larger than the standard SC figure. 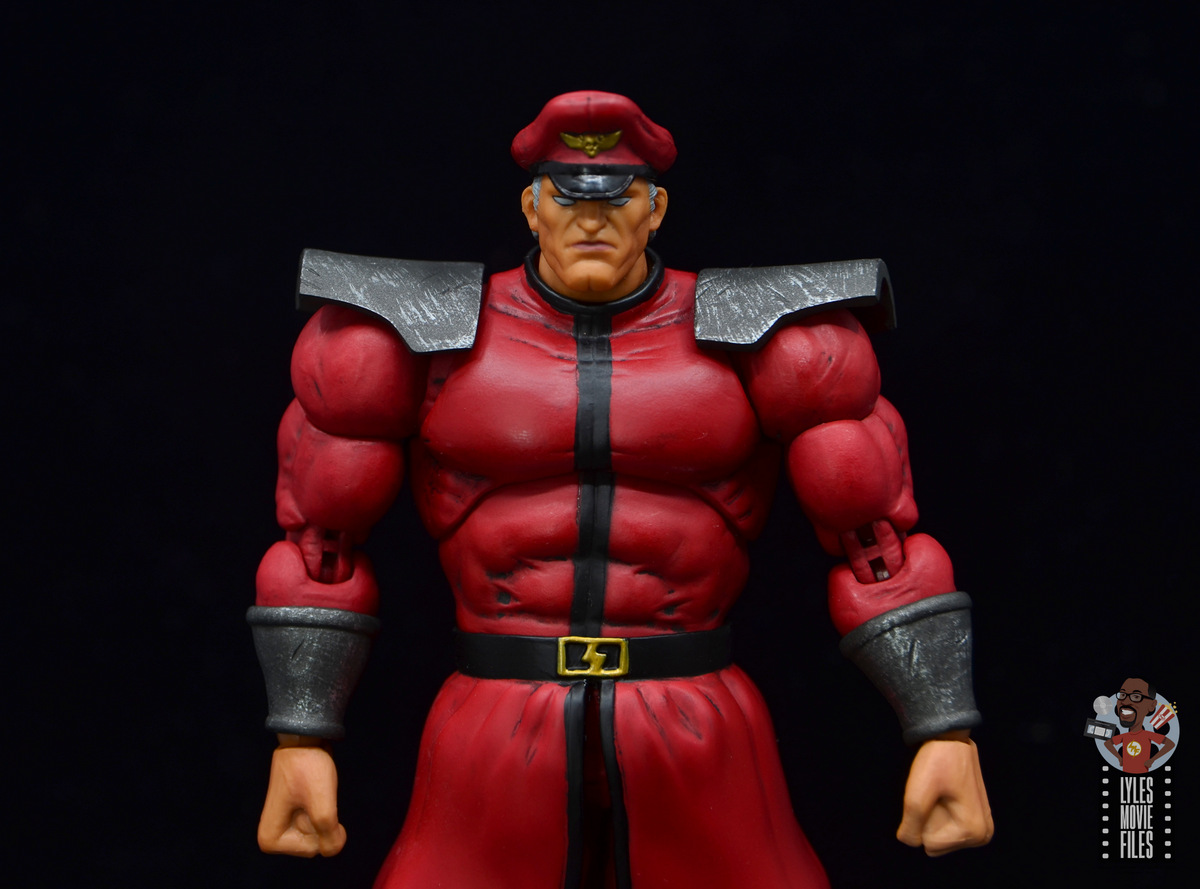 Likeness:  M. Bison has always been portrayed as basically an all muscle dude in a snazzy military style gear. Fitting for the leader of Shadaloo. The figure captures that dynamic nicely. Capturing the Street Fighter V aesthetic, M. Bison is a bit broader and bulkier than his normal appearances although it’s not as dramatic for him as it Ryu or Ken. 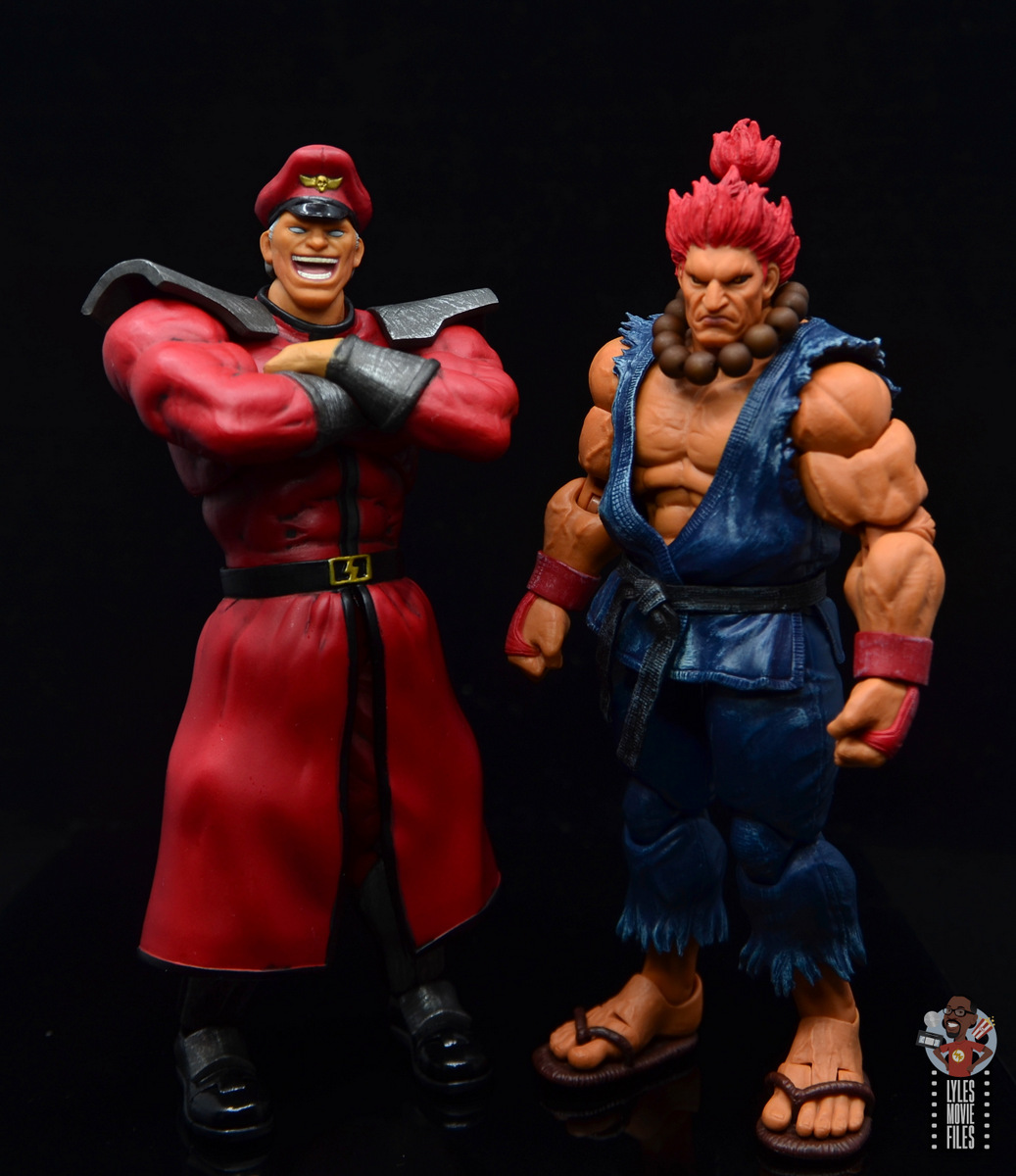 Storm Collectibles didn’t skimp on the outfit details from the wide shoulder pads, gauntlets, belt and shin guards. One very cool thing about the figure is it includes a separate skirt piece for a more relaxed look and one that’s flared open for M. Bison in battle mode. 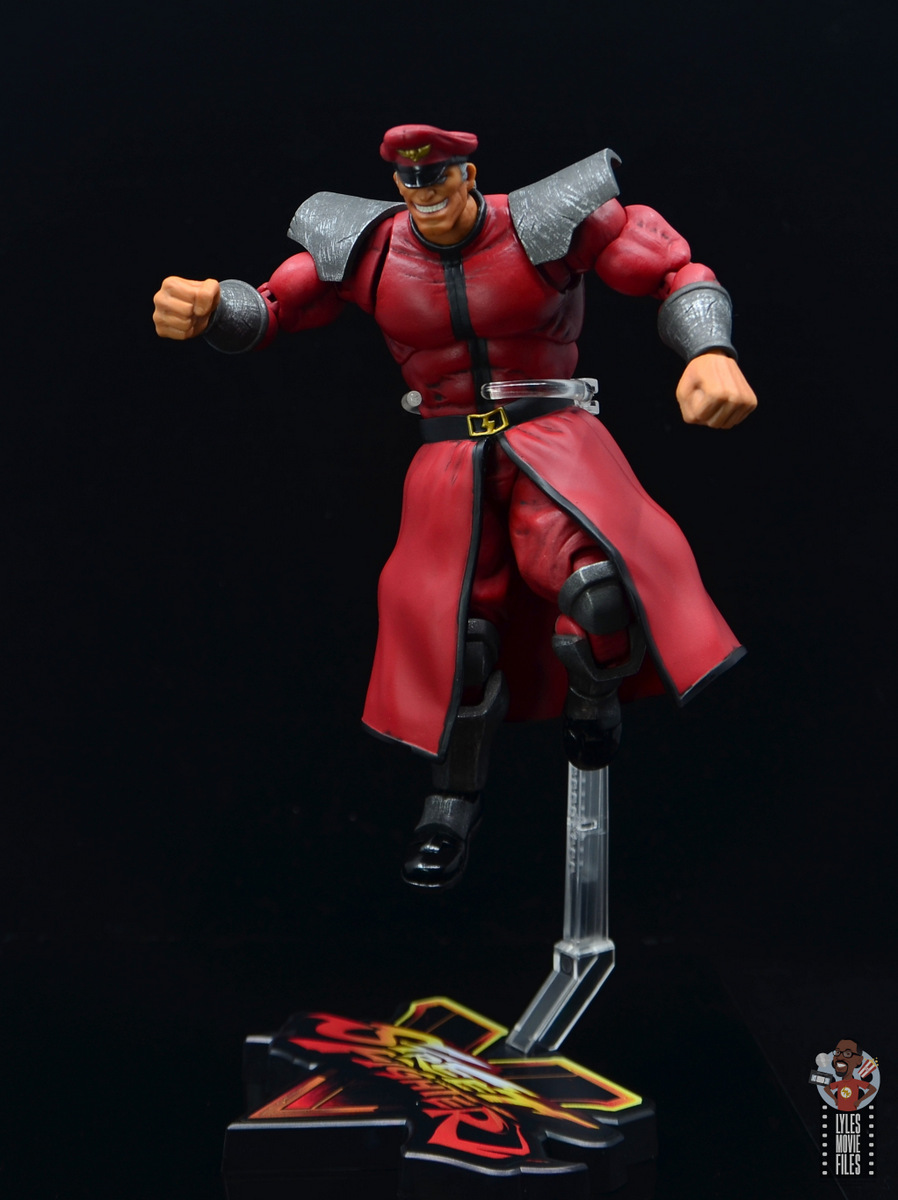 Scale:  In keeping with the norm for boss characters, M. Bison is taller than normal sized characters like Ryu and Ken. 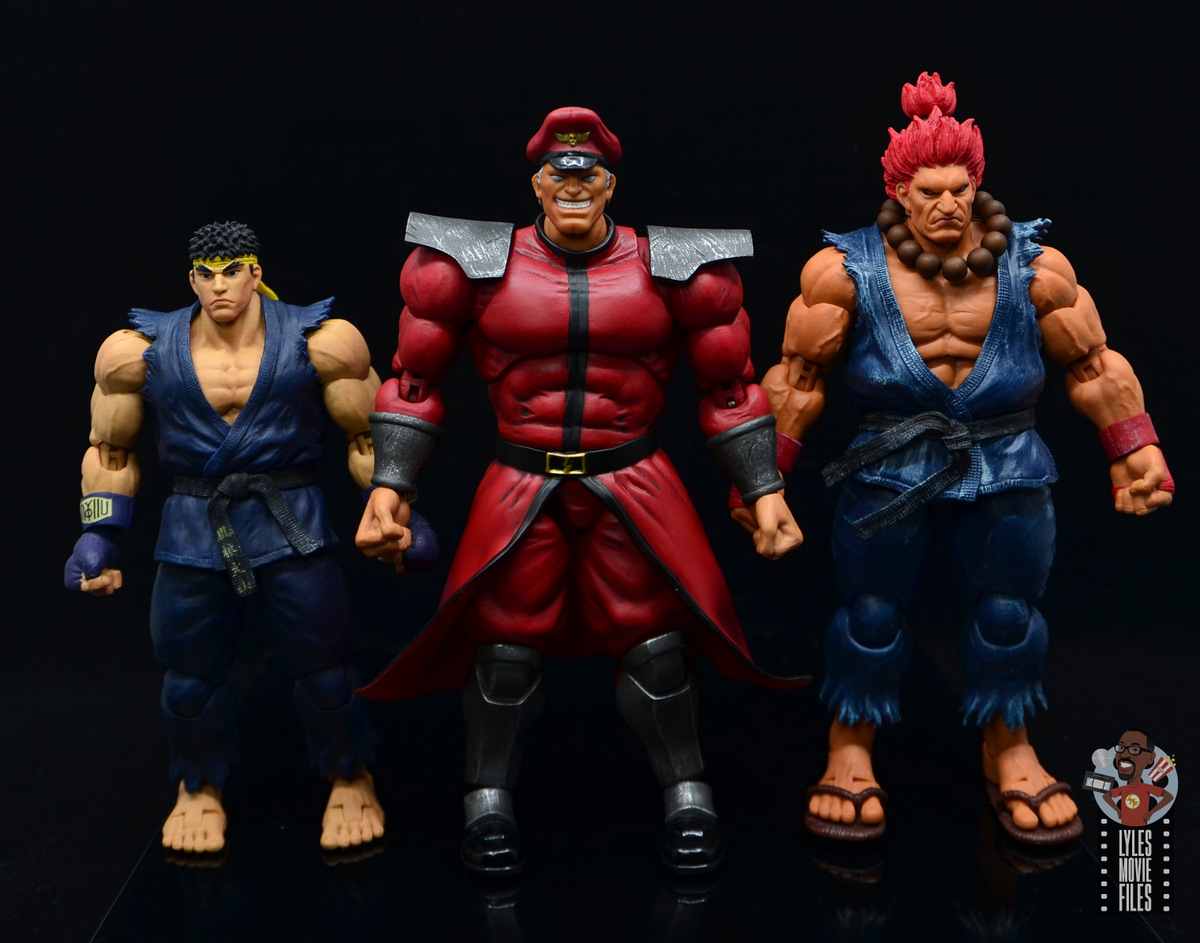 Paint:  I haven’t had an issue with a Storm Collectibles paint job yet and M. Bison keeps the trend rolling. I love the work on his shoulder pads and shin guards, which offers a true metallic look with weathering to the grey and a darker wash to pop the details.

The smaller elements like the eagle on the hat, the grey hair peeking out from under the gate and the outline around the eyes turned out very nice. 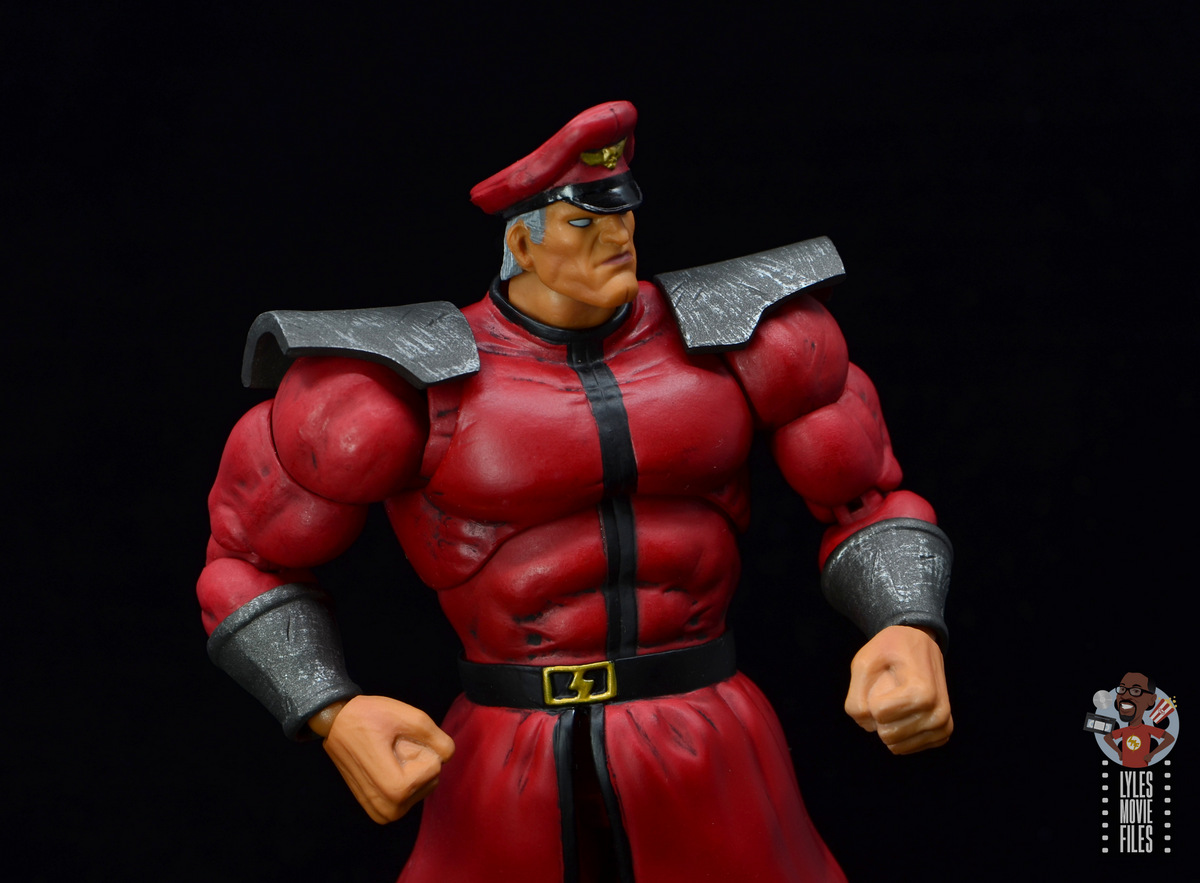 Articulation:  One of the major things you’re paying for with Storm Collectibles figures is the ability to actually pose figures like they appear in the games. M. Bison’s bulk limits some of the deeper stances you might try, but otherwise you won’t be restricted in pulling off his signature moves. 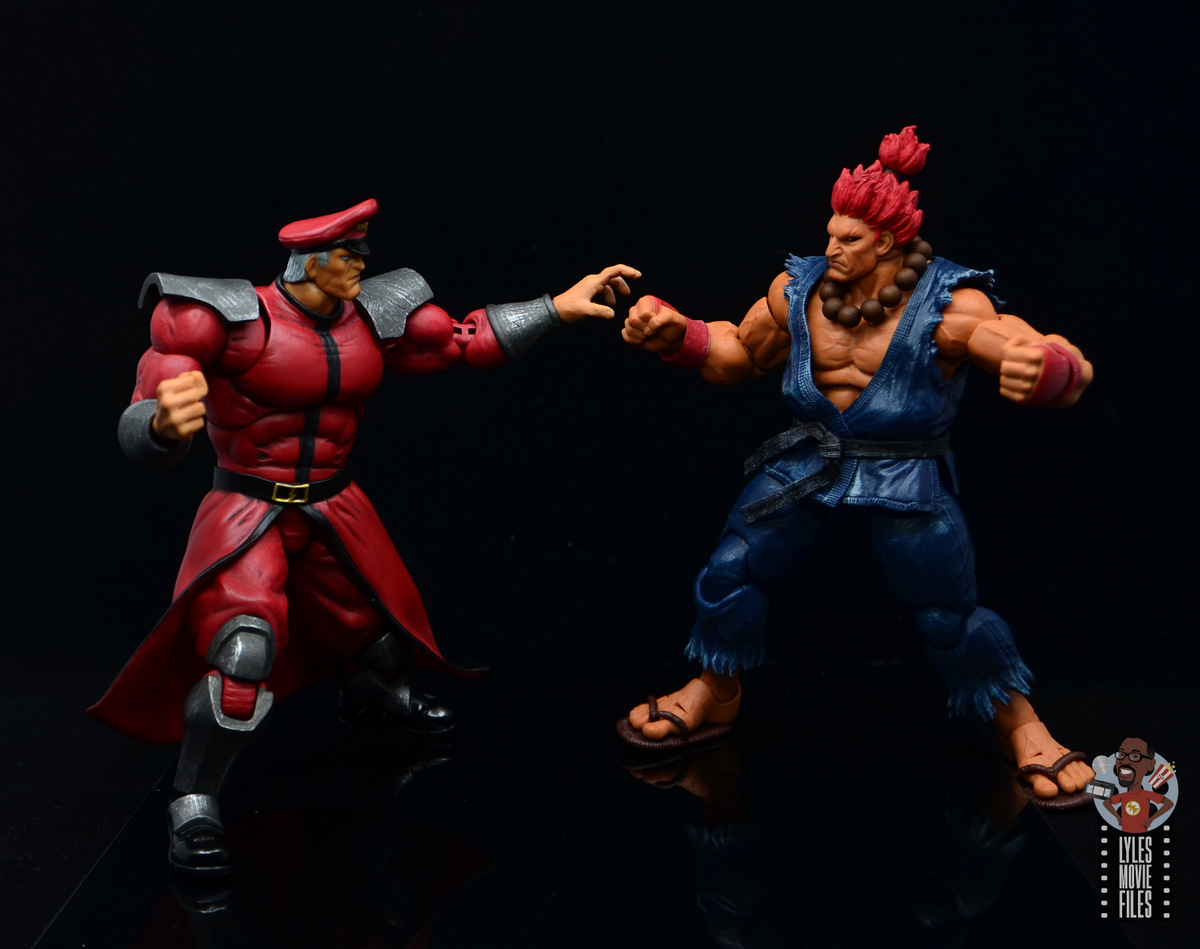 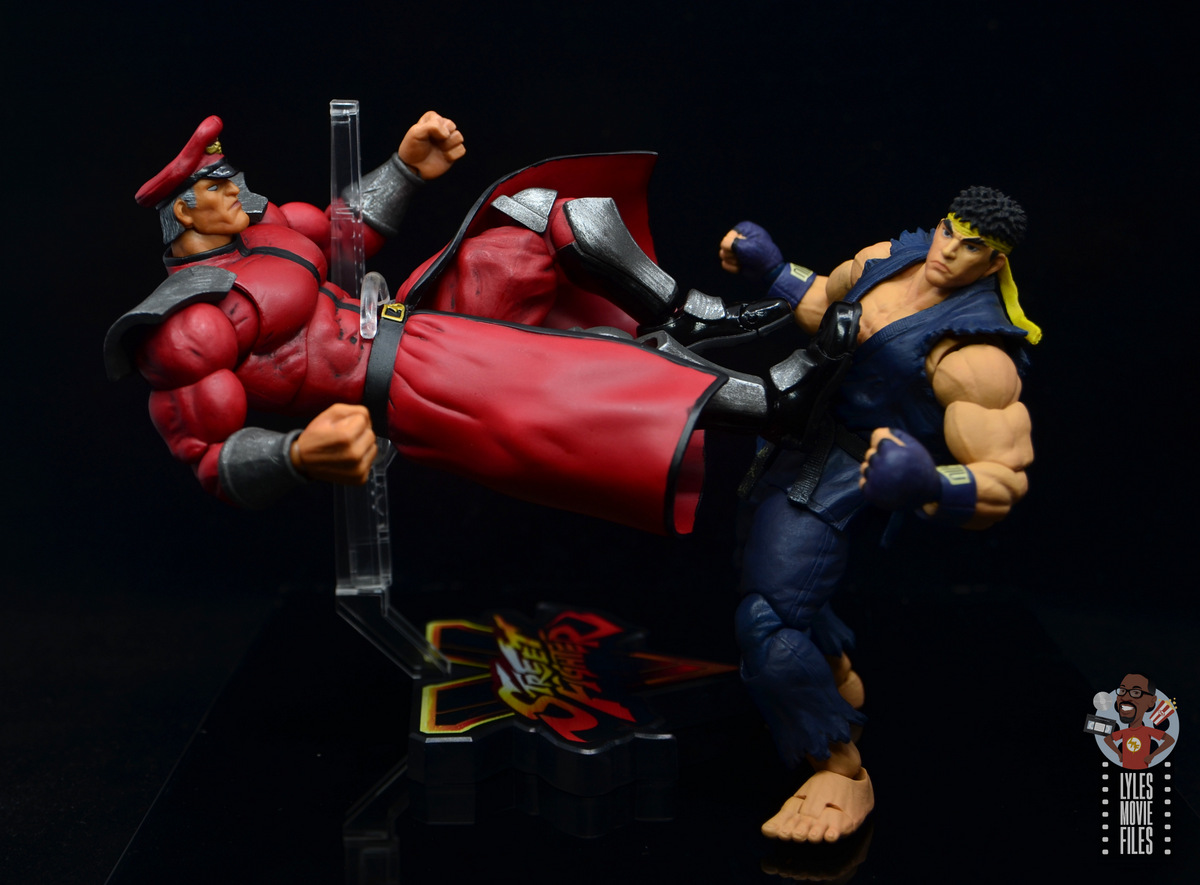 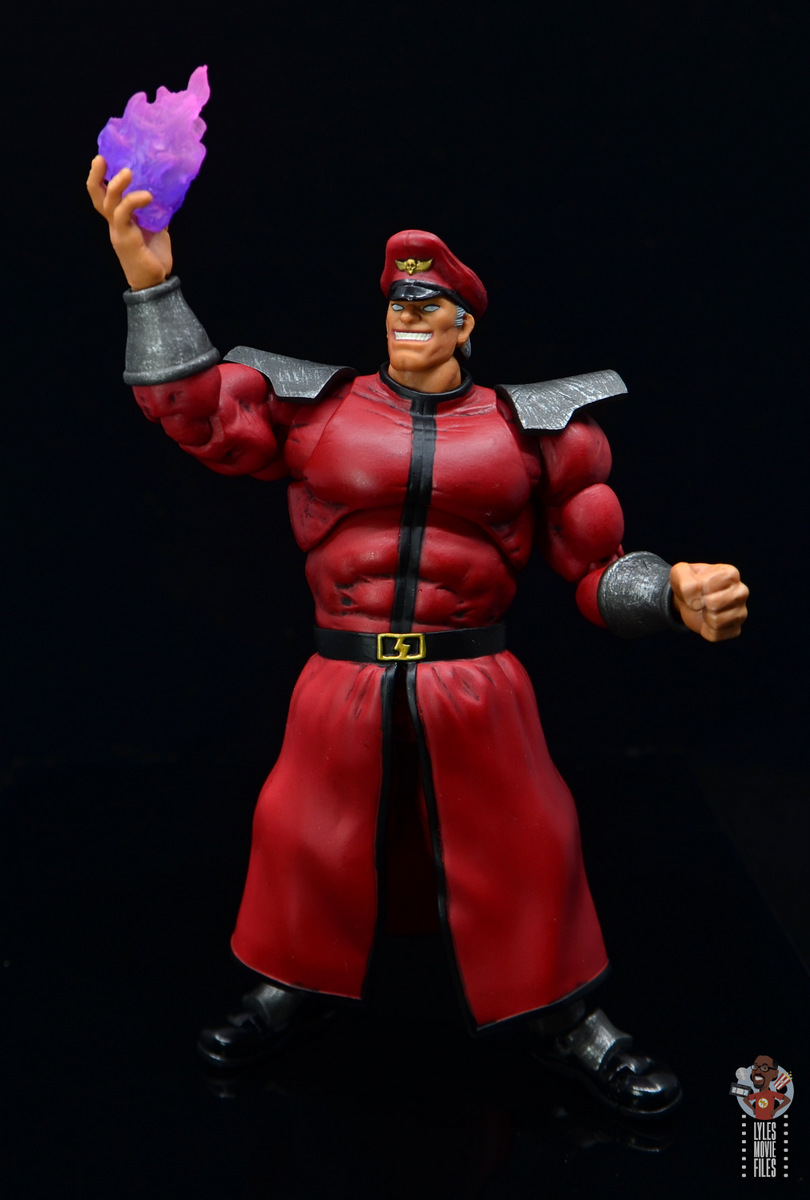 Accessories:  M. Bison is loaded with accessories to ensure collectors can fully pull off all his looks. 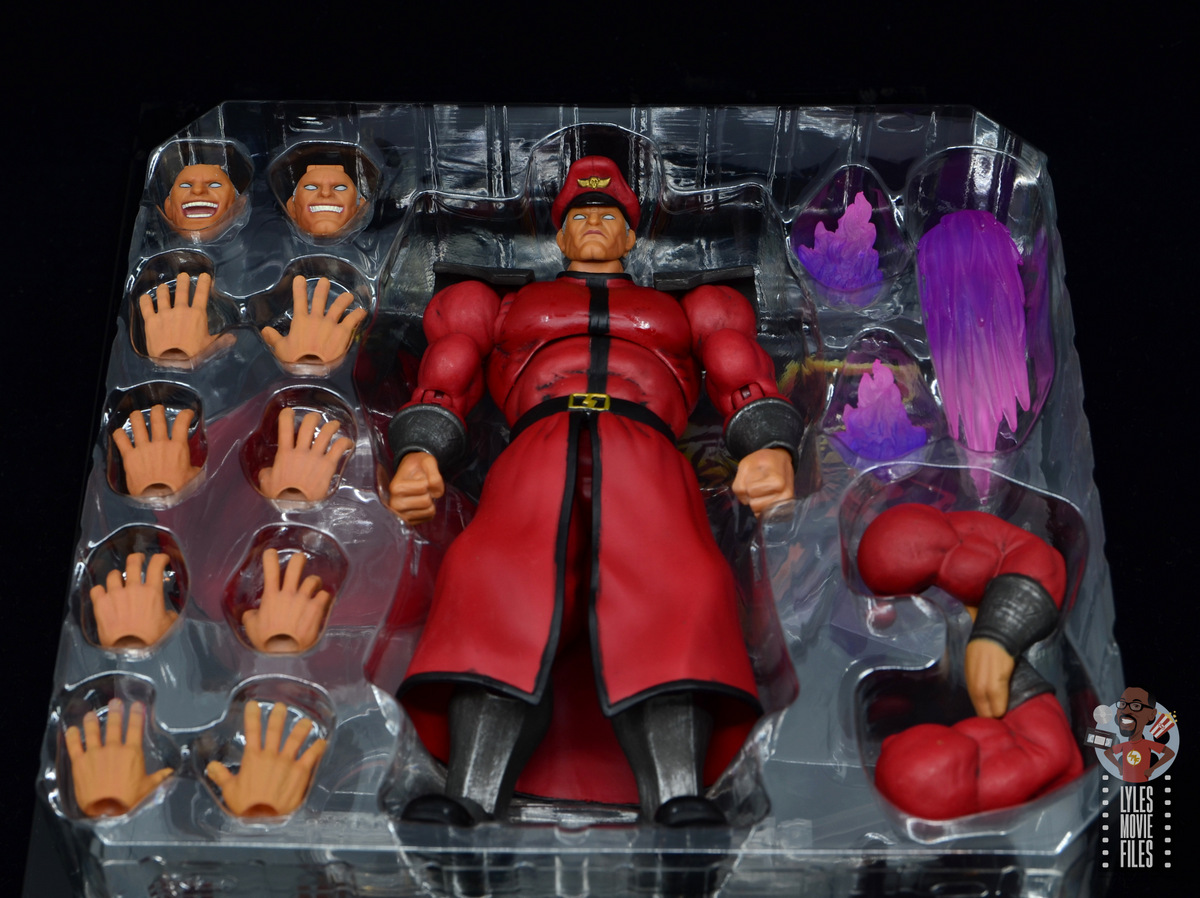 He’s got three faces —one with his taunting laugh after he’s defeated an opponent, his sinister full smile and his default, stern sizing up the opposition face. 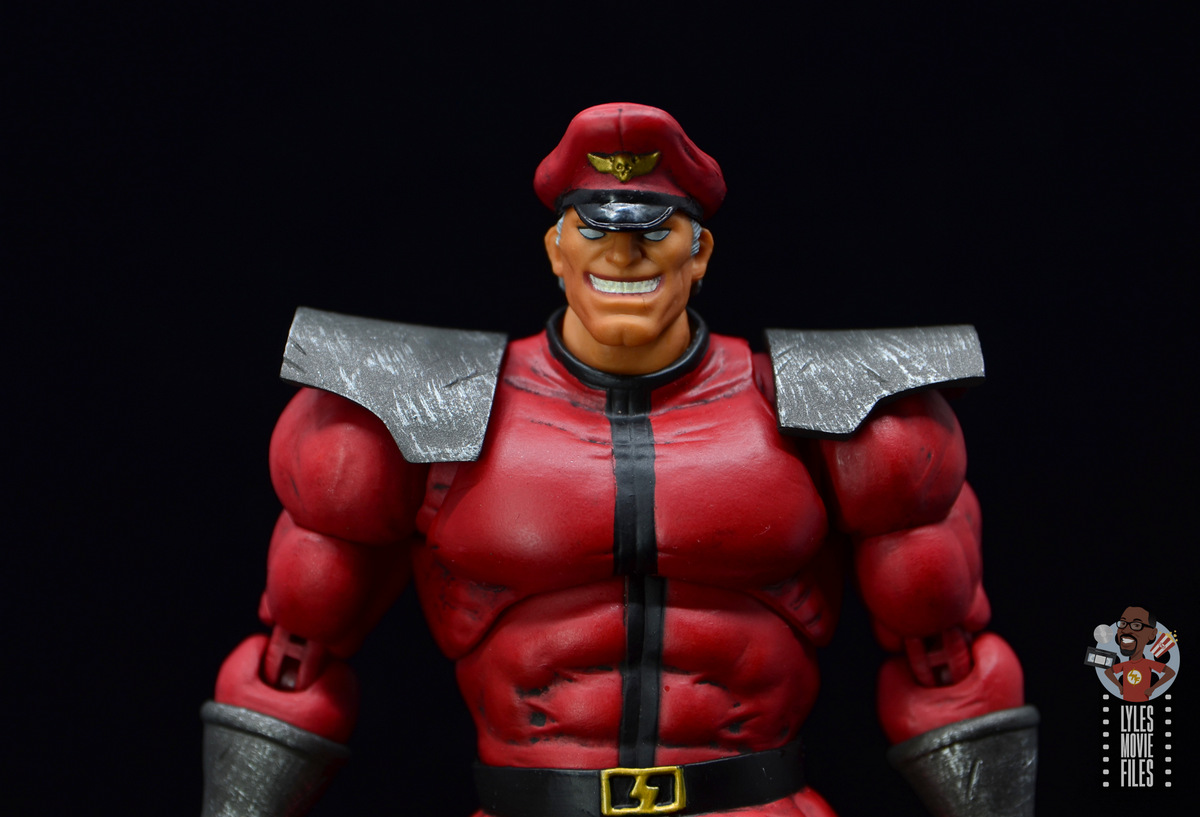 He also has a Psycho Power translucent purple effect that fits over his open palm hand. 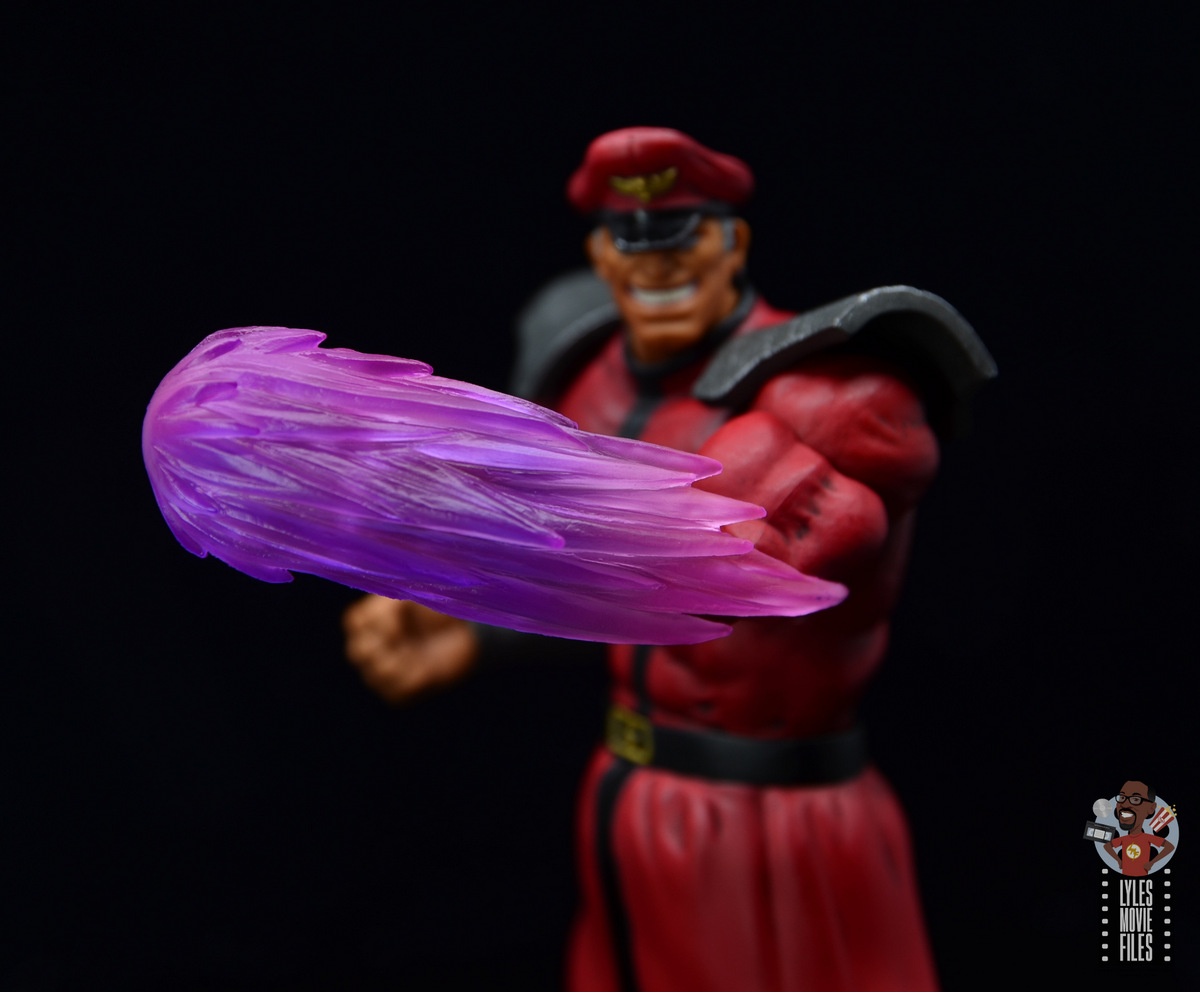 He has two smaller ones to put in the palm of his hands as if to warn folks not to bring the smoke with him. 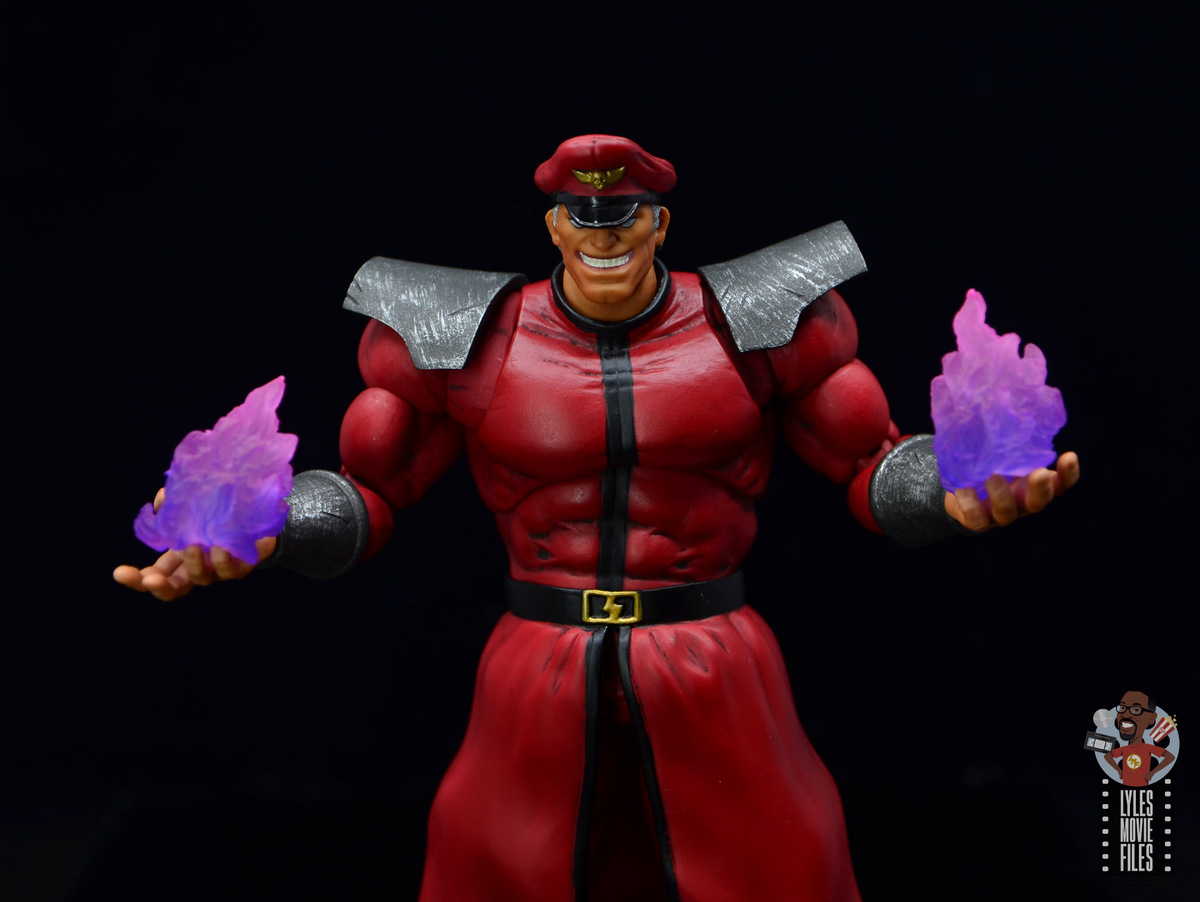 As usual, there’s a nice assortment of hands. There’s a set of fists, wide open glowing palms, clutching hands and gripping hands. These swap out without any issue, which is nice as that isn’t always the case with this line. 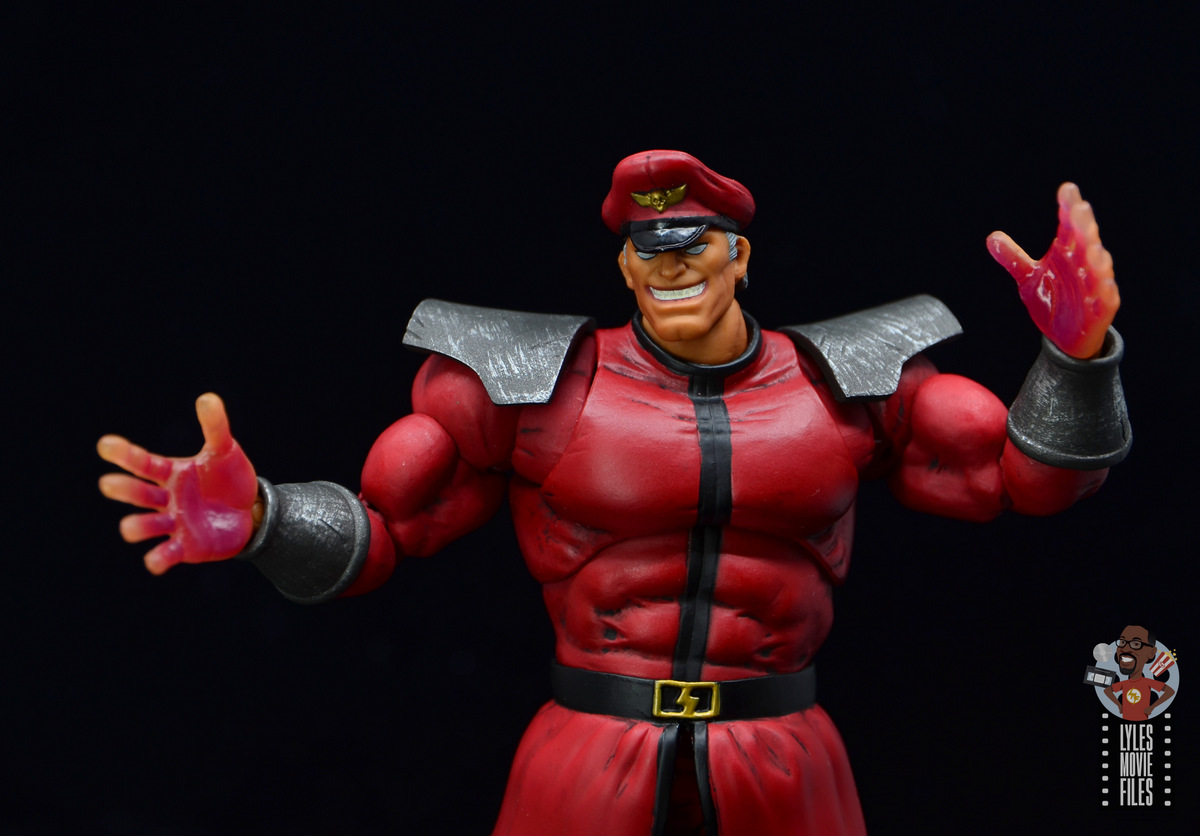 Bison has a swappable alternate set of arms for his arms crossed victory pose. This is a little harder to line up, but once you do it’s a pretty cool additional display option. 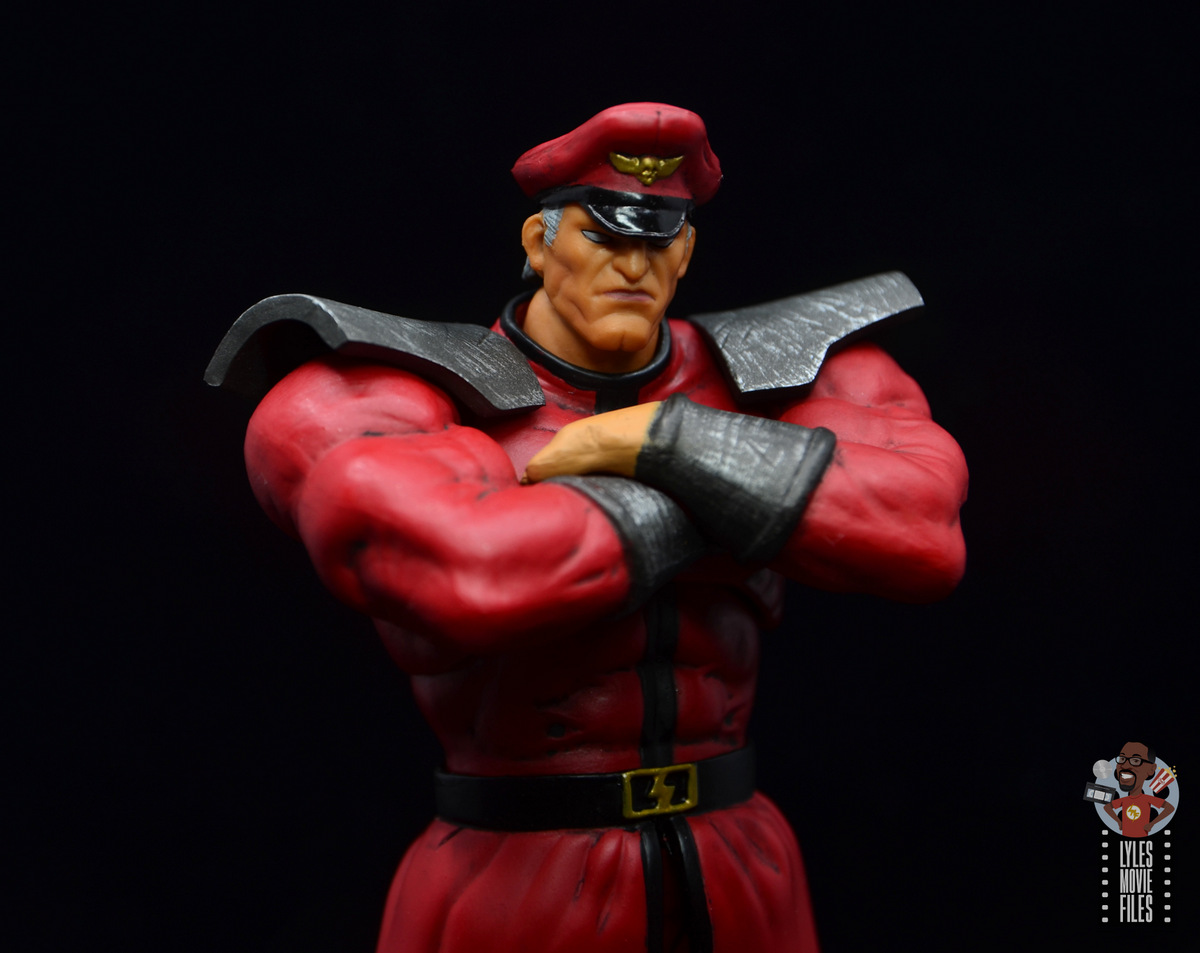 There’s also a flight stand to aid with some of the moves and a Street Fighter V base. 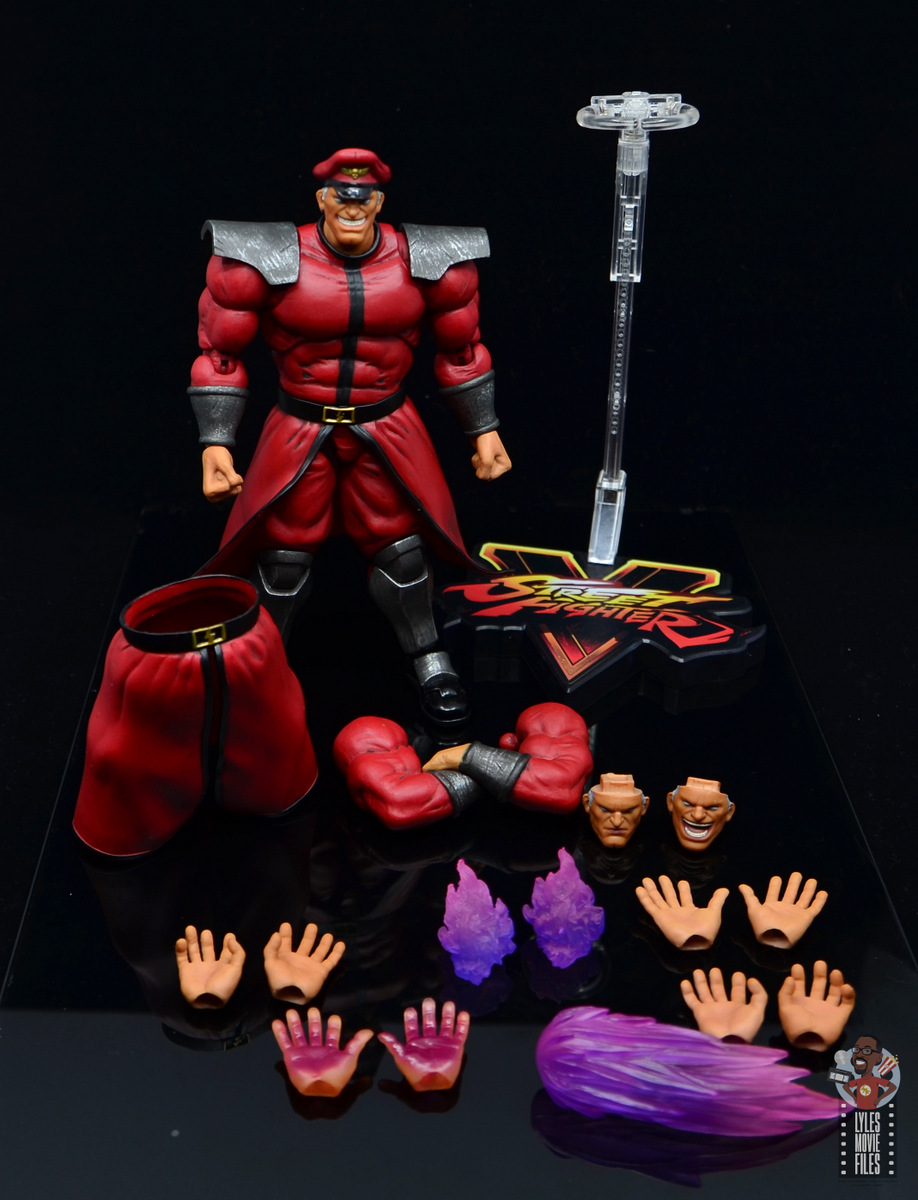 Worth It?  M. Bison is one of the more expensive figures in the wave at this point clocking in at $168. Considering his importance to the saga, you might want to put him on the birthday list or start saving up. I got him for $55, which is the ideal price point. 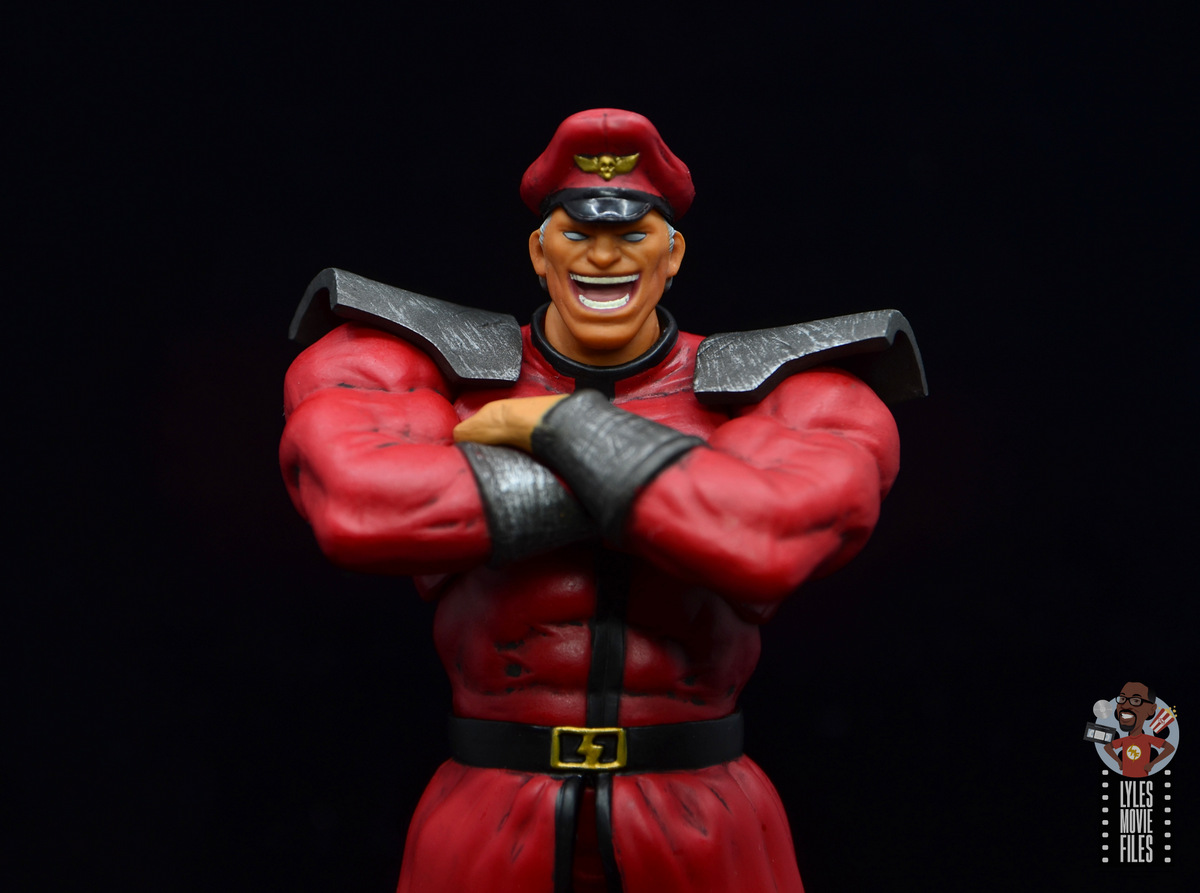 The thing with Storm Collectibles figures is you never know what’s going to get discounted or what will skyrocket. 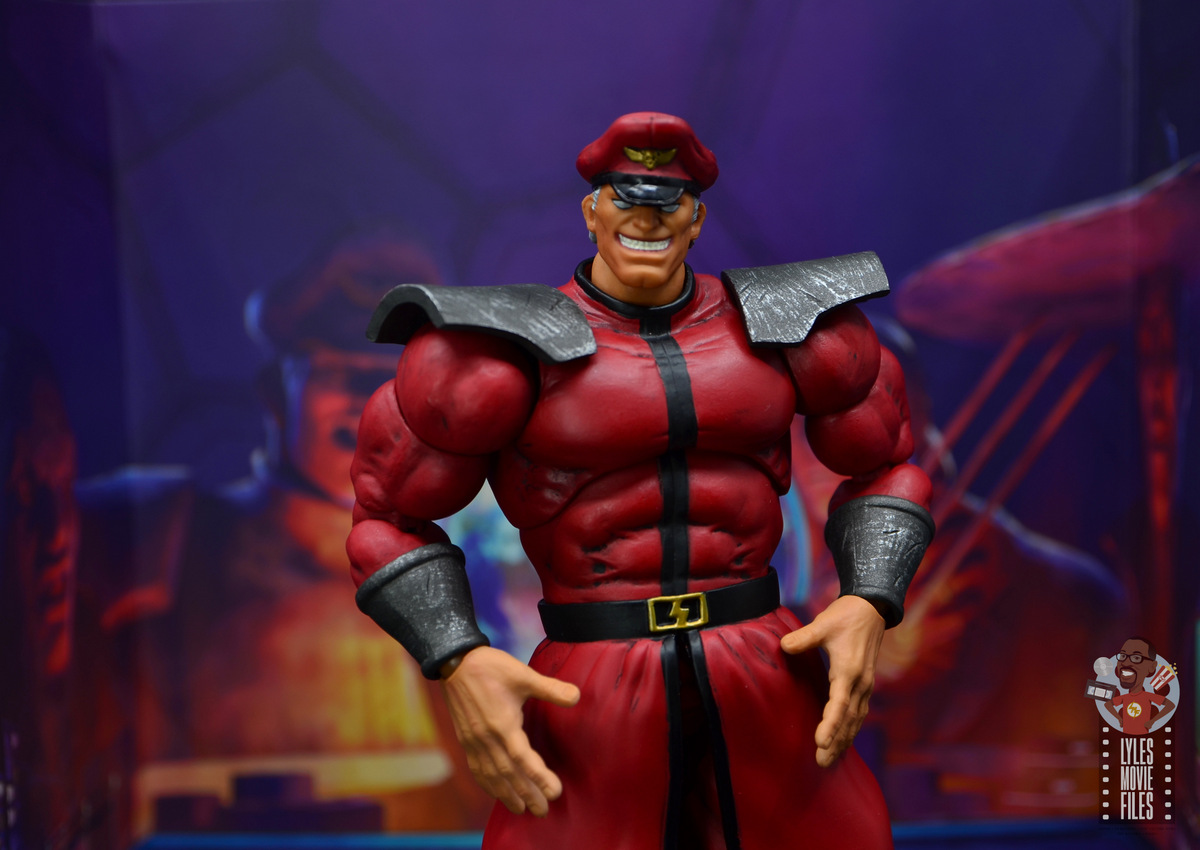 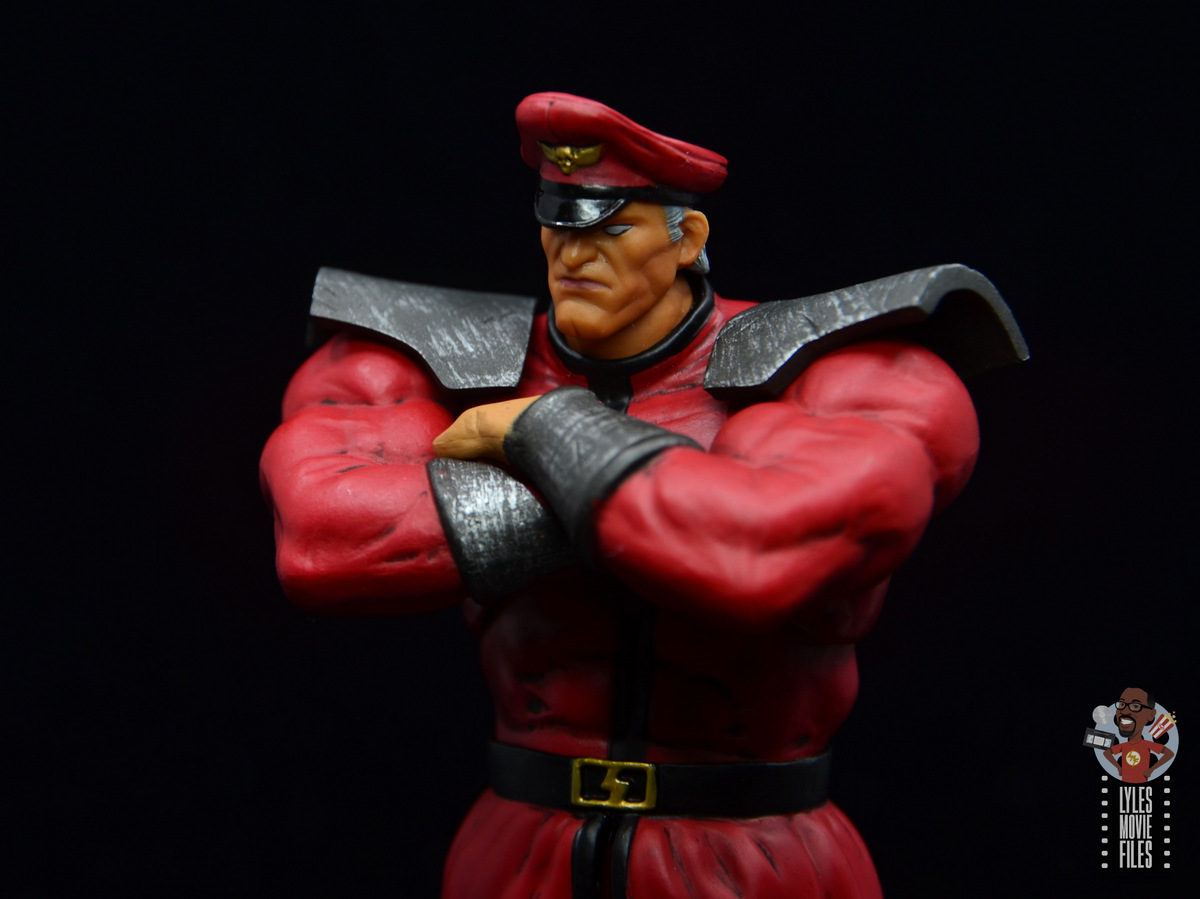 Where to Get It:  If you’re not picky on colors, you can still get the green Toys R Us (remember them?) variant on eBay for under $60 or grab him from Amazon. 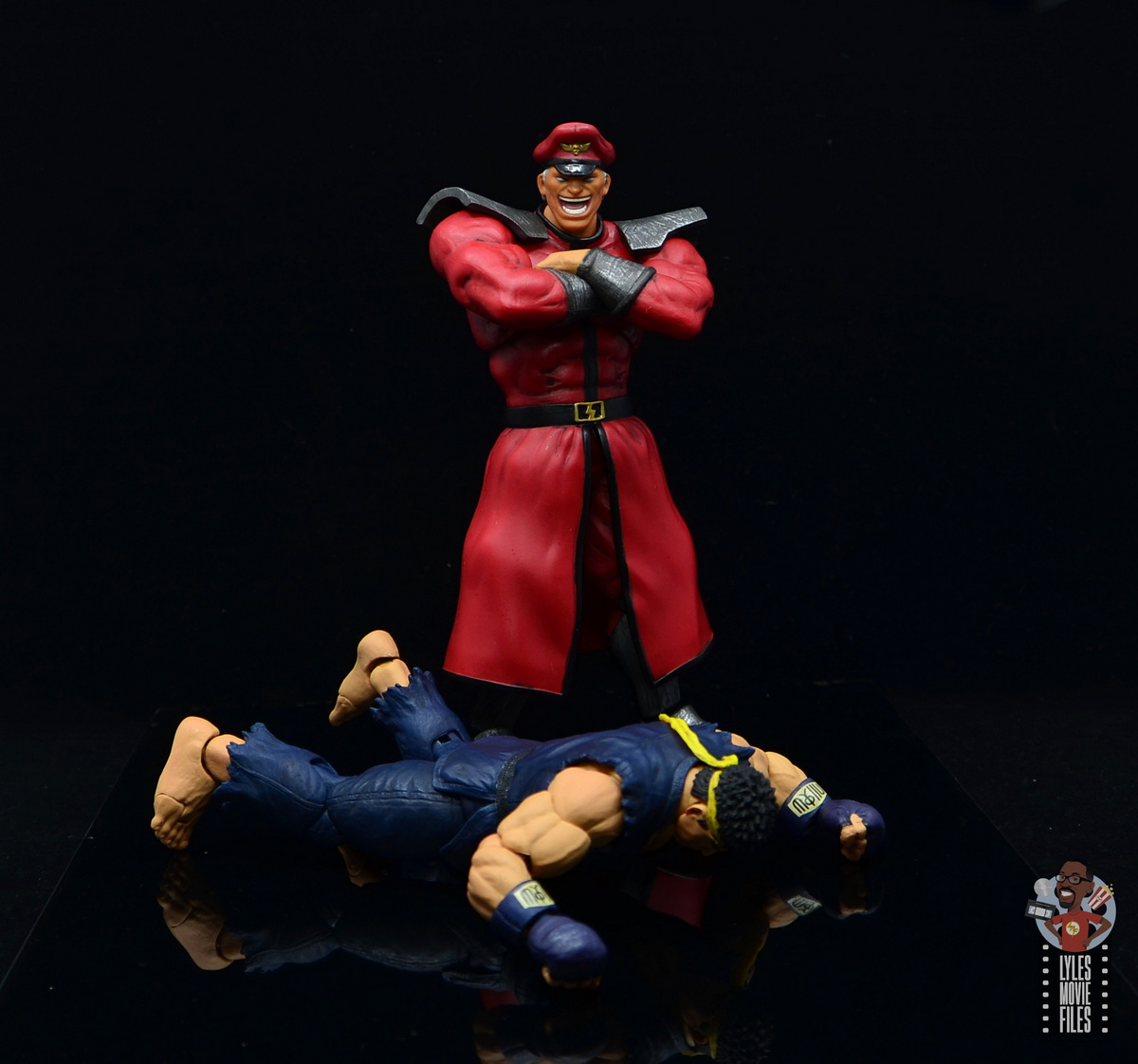