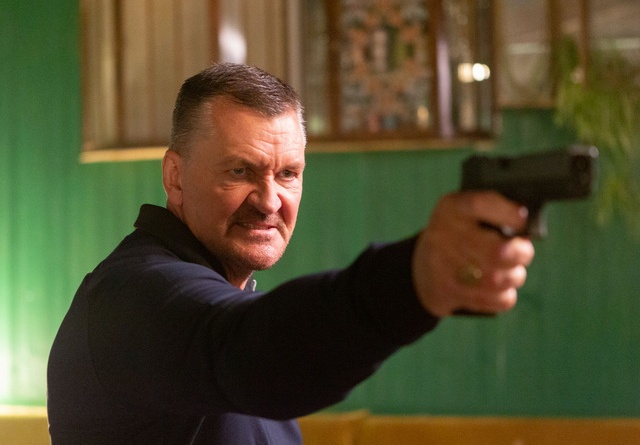 Villain would probably be a better film if it wasn’t so preoccupied diligently following the Carlito’s Way playbook on how to make a gangster film.

Of course if you’re going to rip off a gangster film, the Brian De Palma classic isn’t a bad choice.

Craig Fairbrass stars as Eddie Franks, a career criminal who’s ready to do more with his life than just go in and out of prison. He’s ready to get his old pub back up and running, but Eddie’s drugged out brother, Sean (George Russo), has it barely on life support.

Sean is managing to bring in some meager profit with his stripper girlfriend Rikki (Eloise Lovell Anderson), but he owes a major debt to the local crime bosses. They’ve run out of patience with Sean and now Eddie has to find a way to settle Sean’s debt before they’re both buried in a ditch.

Instead of the traditional love interest, Eddie is also focused on trying to win over his daughter, Chloe (Izuka Hoyle). They’ve been estranged since his last decade stint in prison, but Eddie desperately wants to be a part of her life again. 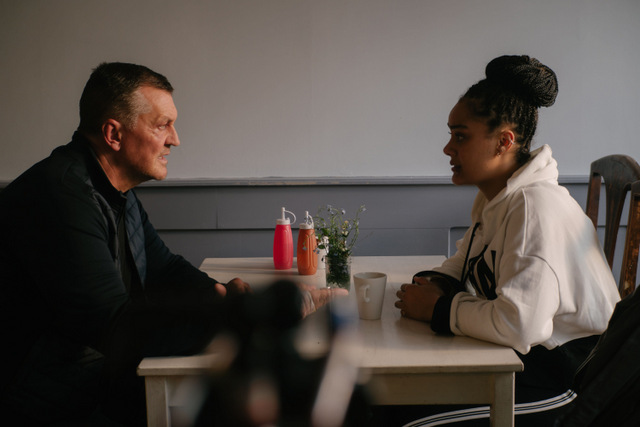 The framework of Villain is too similar to Carlito’s Way not to notice. Writers Greg Hall and Russo seem to hope that a compelling enough story will make audiences invested nonetheless. Their script never truly manages to accomplish this feat, but it’s competent enough that its greatest offense is sticking too closely to the formula.

Fairbrass does his part as the seen it all, done it all ex-con seeking redemption. He brings a weariness to the role that’s engaging. Fairbrass might be playing a stock, cliche character, but he brings enough presence that it’s worth seeing how everything plays out.

Russo is fine as the wild card brother while Mark Monero has a solid supporting role as Eddie’s longtime loyal friend who’s ready and willing to help his pal out with anything.

Director Philip Brantini is working with a limited budget, but it’s not a hindrance to the story. The low lighting works in the film’s favor as it shows the bleak outlook on life for Eddie, Sean and Chloe.

Despite the title, there’s not a ton of violence. Brantini understands the value of making the sudden action scenes meaningful and doesn’t overindulge those sequences.

At 97 minutes the film doesn’t overstay its welcome, which is smart as Villain doesn’t manage to shake the predictable outcomes. The ending in particular would have benefited from a unique spin on the theme. 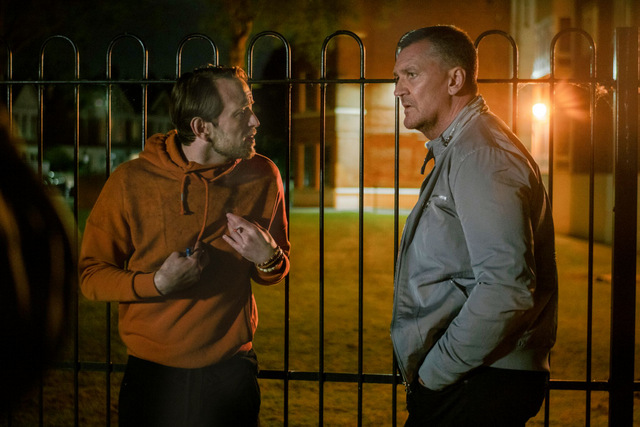 Villain is a decent enough film that won’t have viewers losing interest as it plays out. While it lacks much in terms of repeat viewing potential, it works for a passive time-killer.