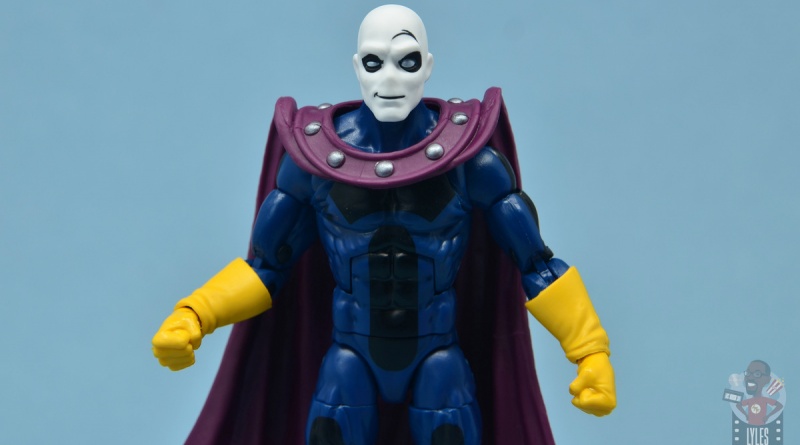 One thing that really stood out about the Age of Apocalypse X-Men squads was the very unique personalities and the reinterpretations of some old school characters. There was arguably no better example of that than Morph, a character from the 70s-era who was radically transformed into a wisecracking shapeshifter. He quickly became a fan favorite and Morph got moved over to the spin-off Exiles title…well sort of. It’s a whole thing. I was thrilled that Morph made the cut for the first wave of the Marvel Legends Age of Apocalypse line.

Packaging:  This is an X-Men wave, but from a unique event so we get the standard gold accent color, but a blue insert with an background image of Apocalypse. That’s a nice touch. The ominous Apocalypse head carries over to the side package image illustration by David Nakayama.

The bio sums up pretty much everything you really need to understand Morph’s role with the team…if his team affiliation were mentioned of course. 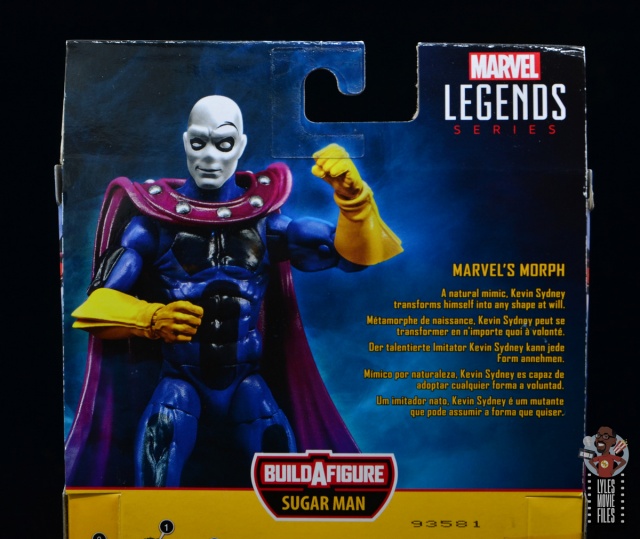 Likeness:  For the darker AOA storyline, Morph had one of the best redesigns with his rounded, studded collar, flared cape and big buccaneer boots and gloves. I think the gloves are newly sculpted. Hasbro also did a great job with his head sculpt that’s full of expression and a slight smirk. 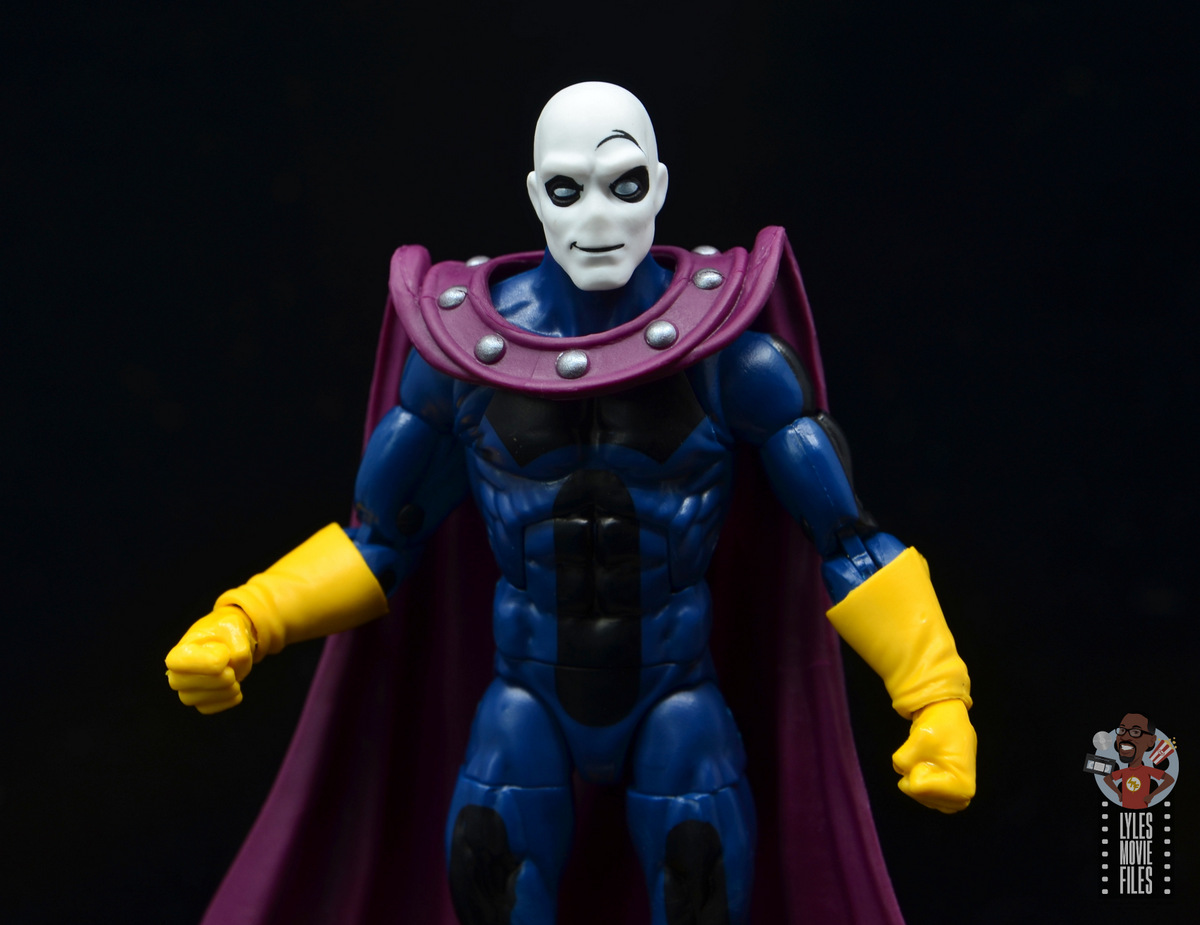 The studded collars were clearly a team thing as Sabretooth, Wild Child and Morph rocked them. It does make for a neat little uniform look.

Paint:  I’m not sure what happened with the paint choice here as this is more of the Exiles costume version of Morph. A lot of the fun with Morph’s costume is the brighter blue outfit and pink cape that helps him to stand out from the others. This darker attire makes the outfit design elements harder to see.

Morph’s People’s Eyebrow also seems a little weird given he has a very obvious sculpted eyebrow.

Color choice aside, the paintwork is clean and the yellow elements don’t have that typical bleed through since they’re separate parts. 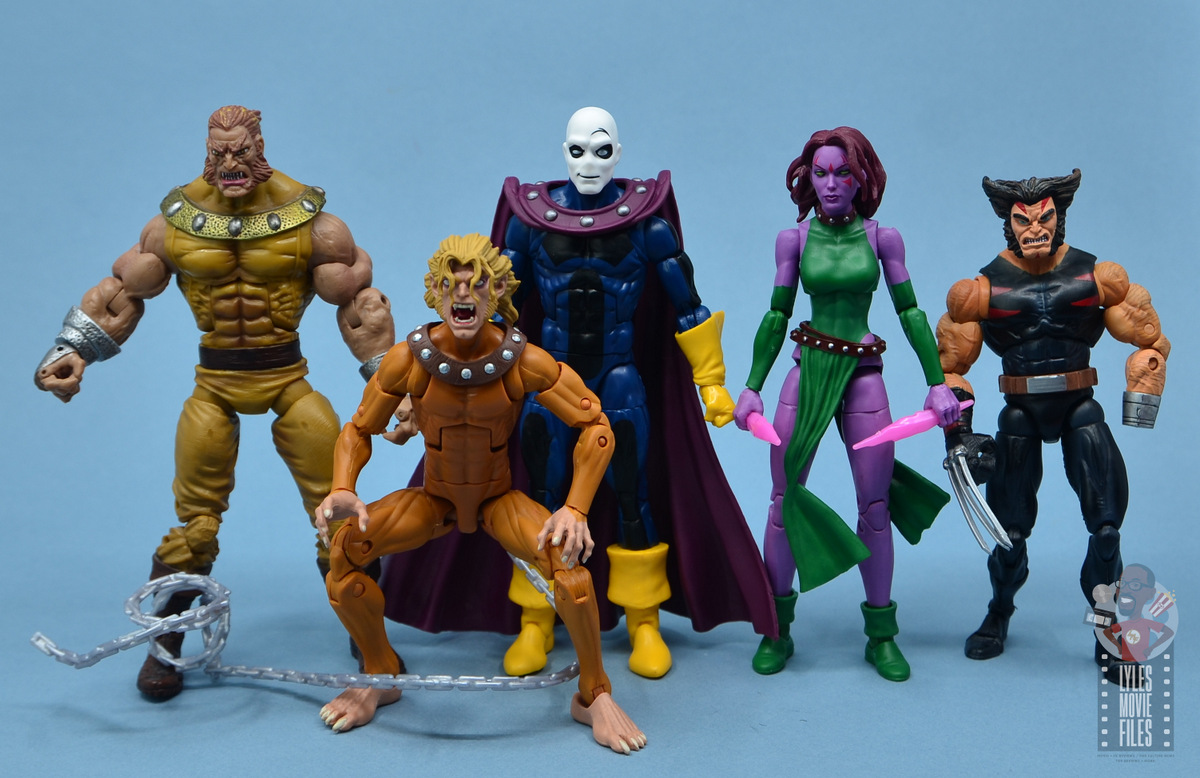 Scale:  Hasbro went with the Sunfire body for him, which is a solid choice. He’s a regular size figure and shouldn’t be taller than the average character. 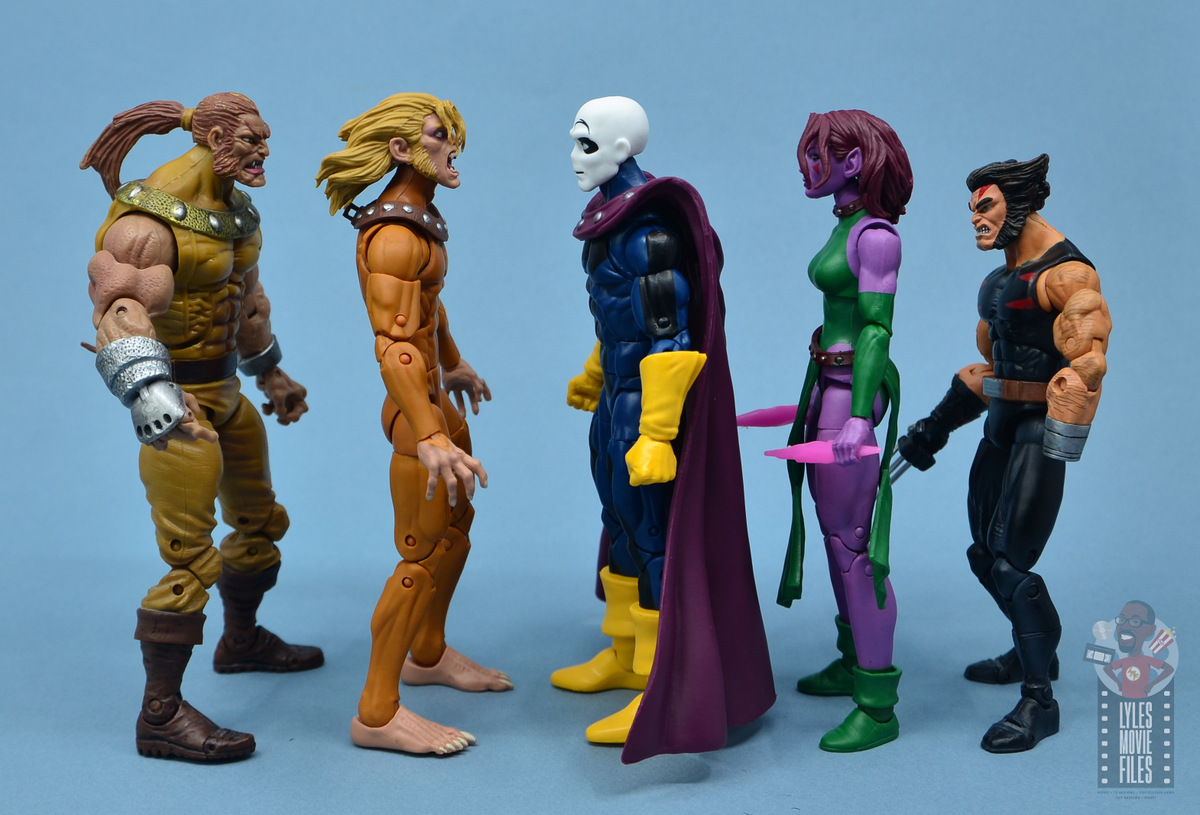 Articulation:  As usual the cape is a pain and will need to be glued down to stay in place. Morph wasn’t portrayed in AOA as this massive fighter and more of a master of disguise so I’m not real sure how to best portray him besides casually antagonizing his teammates. Thanks to the Sunfire mold you won’t lack of posing possibilities. 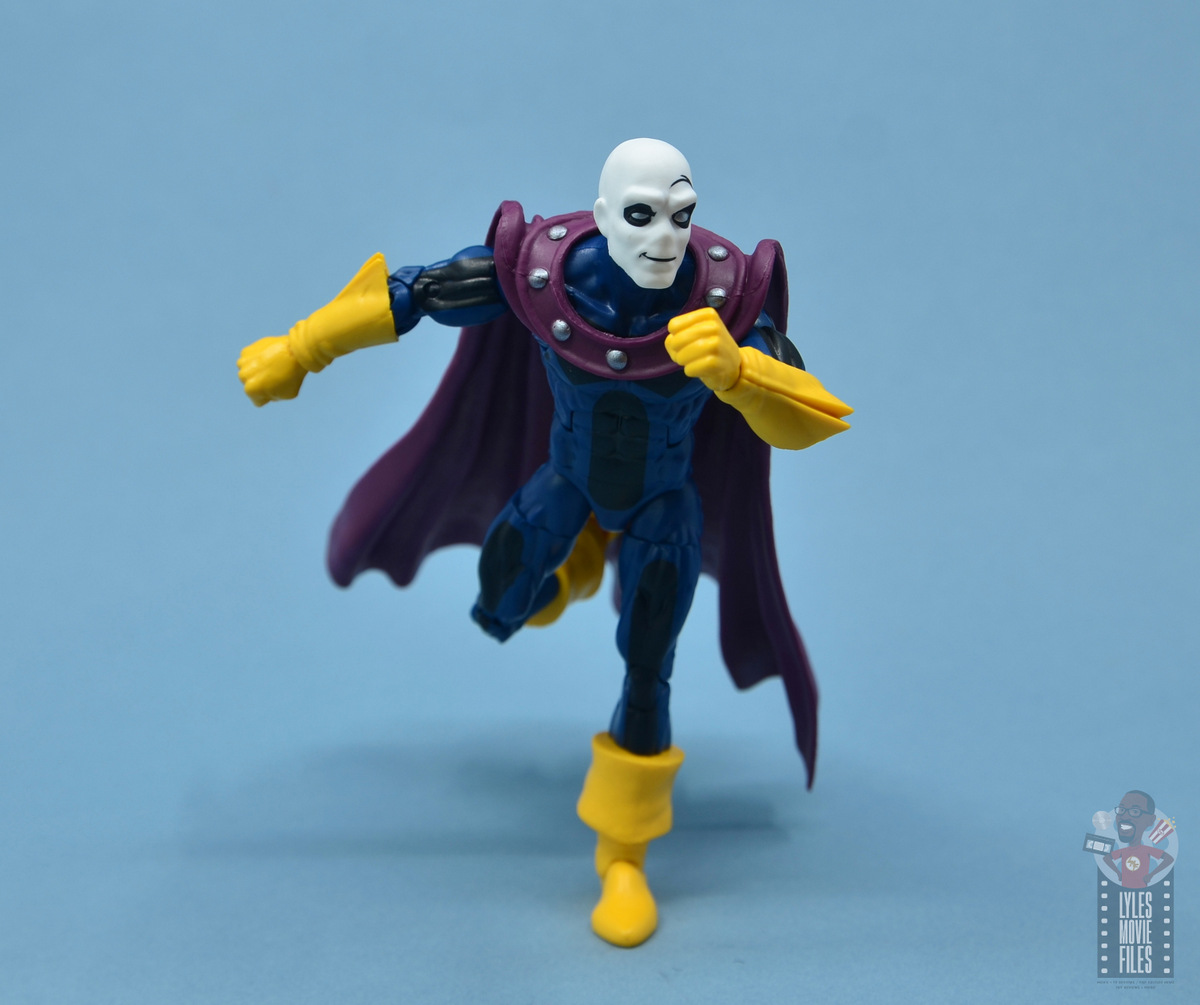 Accessories:  Morph definitely could have come with an additional head sculpt with a more exaggerated obnoxious head. 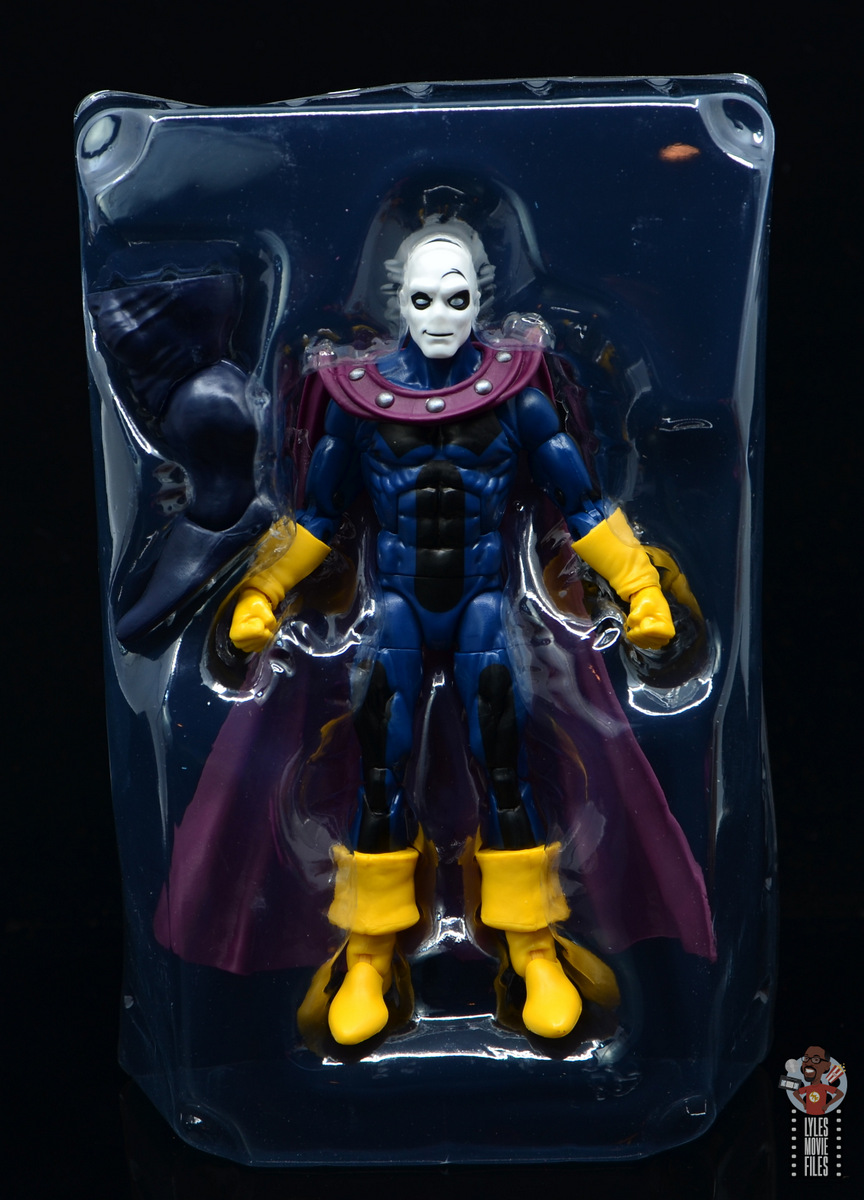 Morph has the right leg of the Build-A-Figure Sugar Man.

Worth it?  I got Morph for a little under $20 thanks to a sale at Target. Expect to pay around that price for him online and at retail.

I’d go higher with the AOA paint job and any other accessory. He’s light in that department like the others, but his subdued paint scheme was more disappointing than I originally thought. 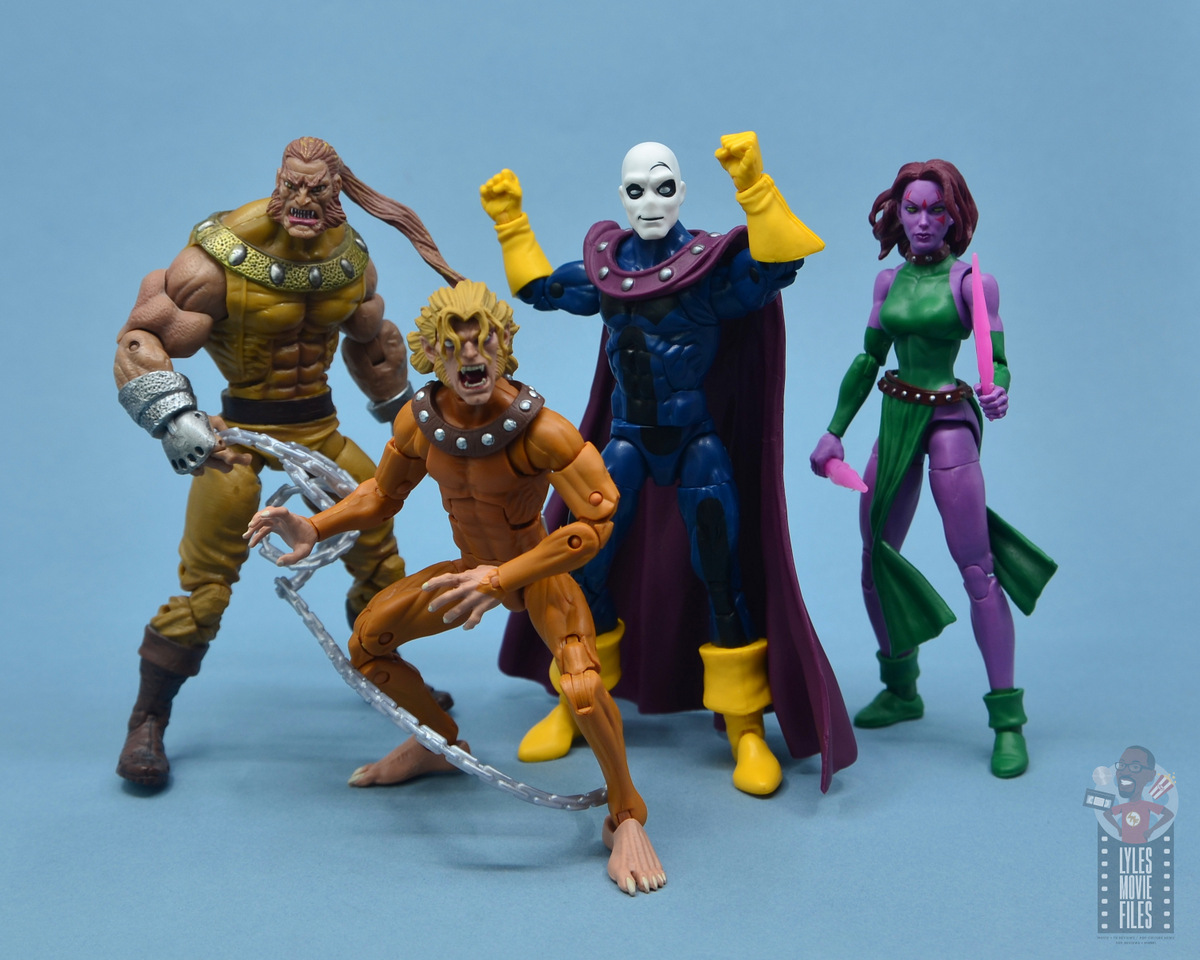 Where to get it?  This wave has hit retail, but I’m not hunting for them yet. Morph is currently available on Target, Entertainment Earth and Amazon.