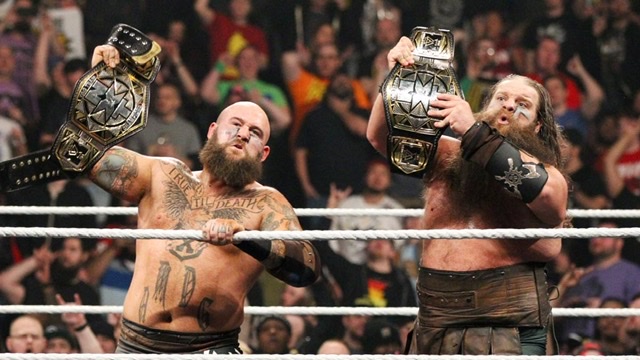 Mattel has a pair of solid modern lineups coming later in 2020 for collectors including three first in the line figures and some overdue updates. Here’s the breakdown:

I’ve gotta assume this version of New Day is to match the WrestleMania Elite wave Kofi Kingston from when he won the title last year. While I tend to avoid buying the women wrestlers due to the limited articulation, I’m definitely buying that Io Shiria. Bobby Fish should be a cool update in more modern Undisputed Era attire.

Ricochet has had cool attires so this is a strong maybe especially if Mattel addresses the scale issue that had him much taller than he should have been. Bayley is likely shorter bob haircut heel version, which was needed.

I wish O’Reilly were in the same wave as Fish to get them both at the same time though. Also another Roderick Strong would be nice too. And I definitely want the War Raiders for my ongoing ROH roster.

You noticed a lack of legends/flashbacks, which is a little disappointing, but not as big a deal breaker since Mattel is cranking out dedicated legends lineups again. Elite brand head Steve Ozer revealed that another Legends wave following Wave 7 will be coming shortly, which is great news.

What do you think of these lineups?