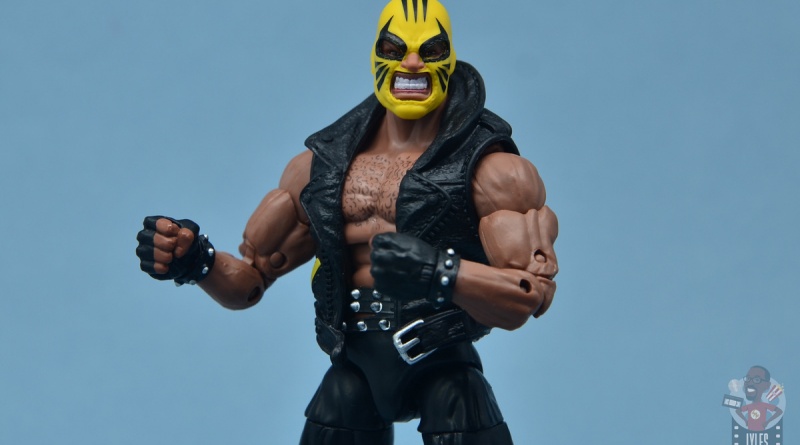 I’m always going to be intrigued when Marvel or DC introduce a new black hero that isn’t just filling in for an established character. Rage might not have had the most creative name, but I always found him to be a cool character — in part because of his mask, which definitely made me think of a luchadore mask.

While he had a cup of coffee with the Avengers it wasn’t until he joined the New Warriors that I really got into his character. Anytime Hasbro provides another member of one of my favorite teams I’m excited so let’s see if this Marvel Legends Rage figure keeps me nice and calm.

Packaging: Nothing out of the ordinary here with Rage. The basic packaging with a simple bio on the back, which misses the chance to mention he was both a member of the Avengers and New Warriors. 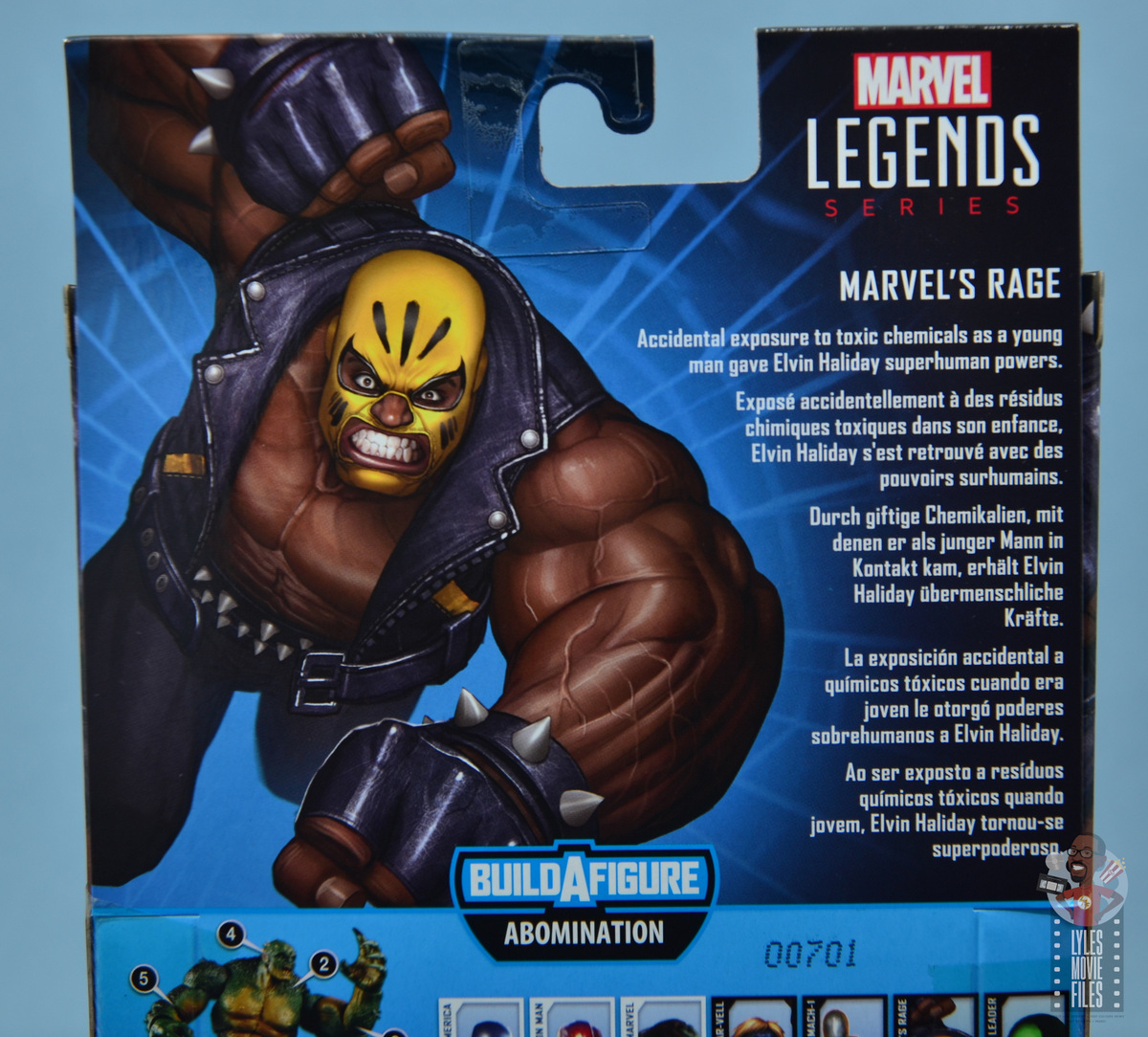 Likeness: Rage made Luke Cage jealous of his size if not his fashion choices. It doesn’t need to be all that intricate when a guy this big throws on a leather vest with studded gloves and belt — ah, the 90s. 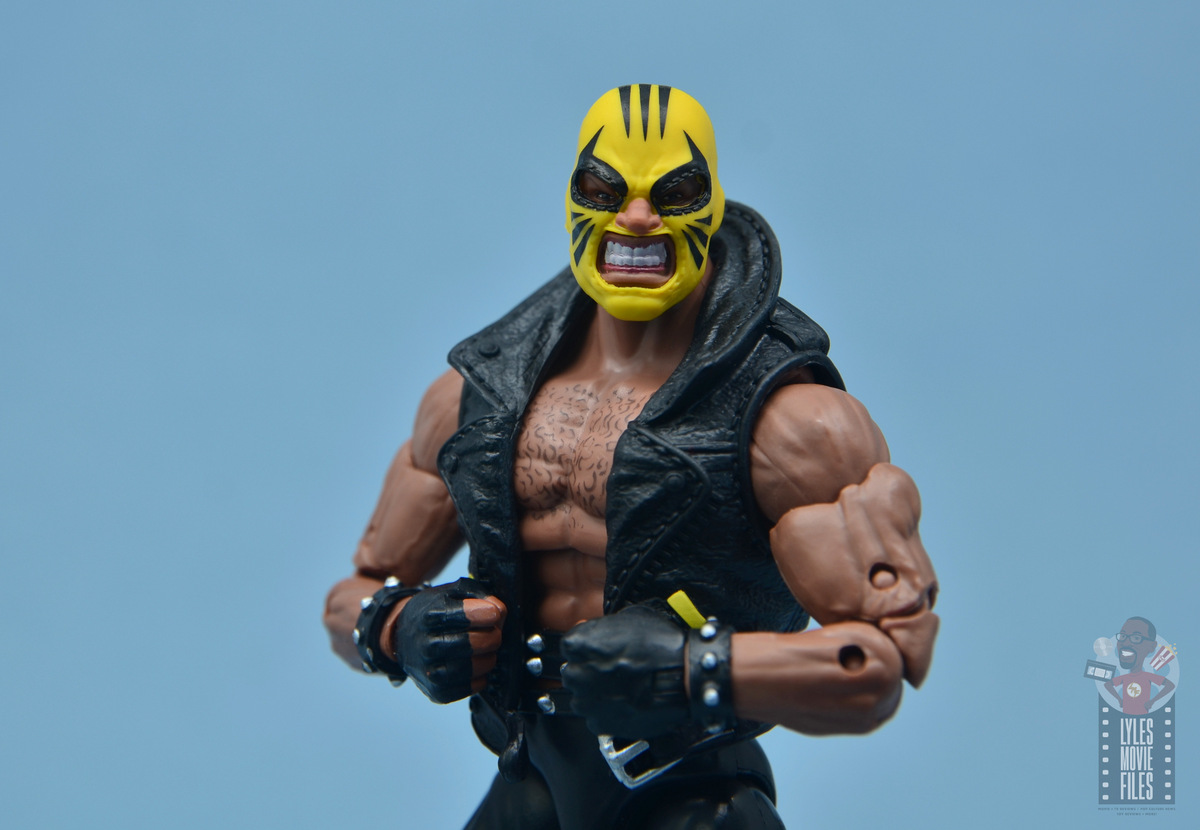 Hasbro did a nice job bringing out Rage’s details. The leather vest has some solid texturing and stitching, the studded belt looks good and the mask has good sculpted detailed as well.

The paintwork around the mask is a little shaky with some of the finer details. Some of the silver on the studs are sloppy although they should be easy enough to touch up. 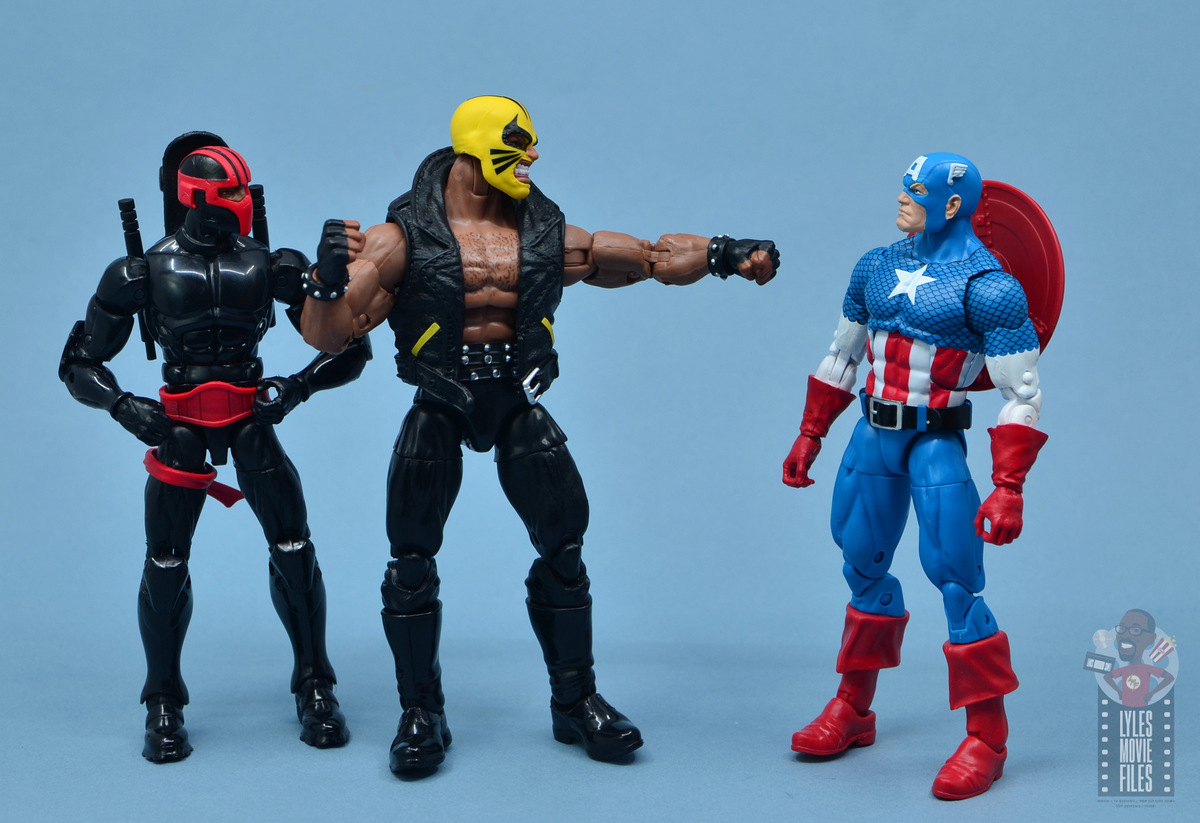 Scale:  Rage wasn’t a small hero and towered over most of his peers including Captain America. The figure reflects that well as he definitely looks down at Cap and his New Warriors teammates. Hasbro seemed to use the Tombstone buck for him with larger arms.

Articulation:  Rage is a brawler so he needs to be able to hit a lot of bulldozing style poses. This body manages that well and Rage won’t have any issue putting clowns down. 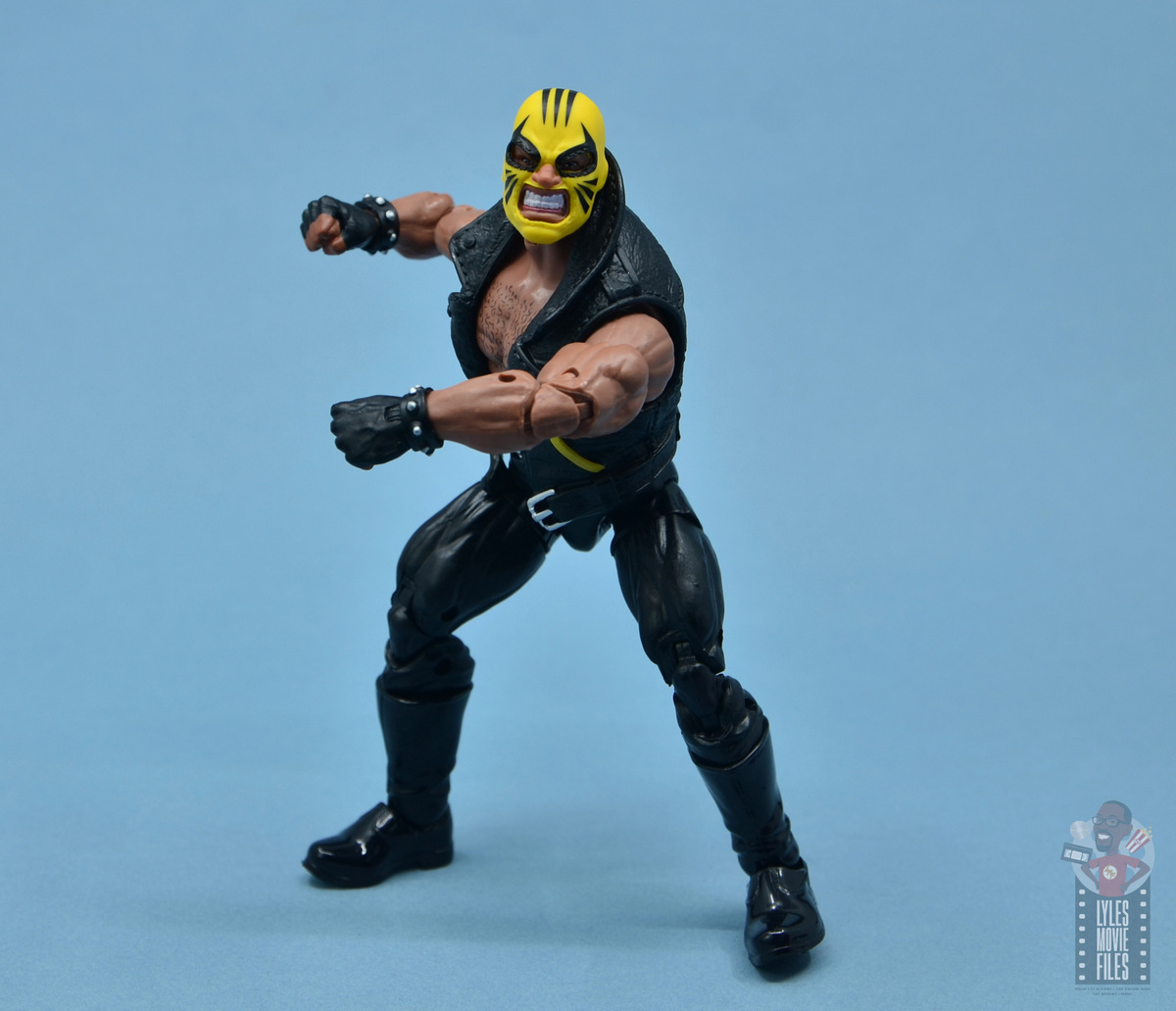 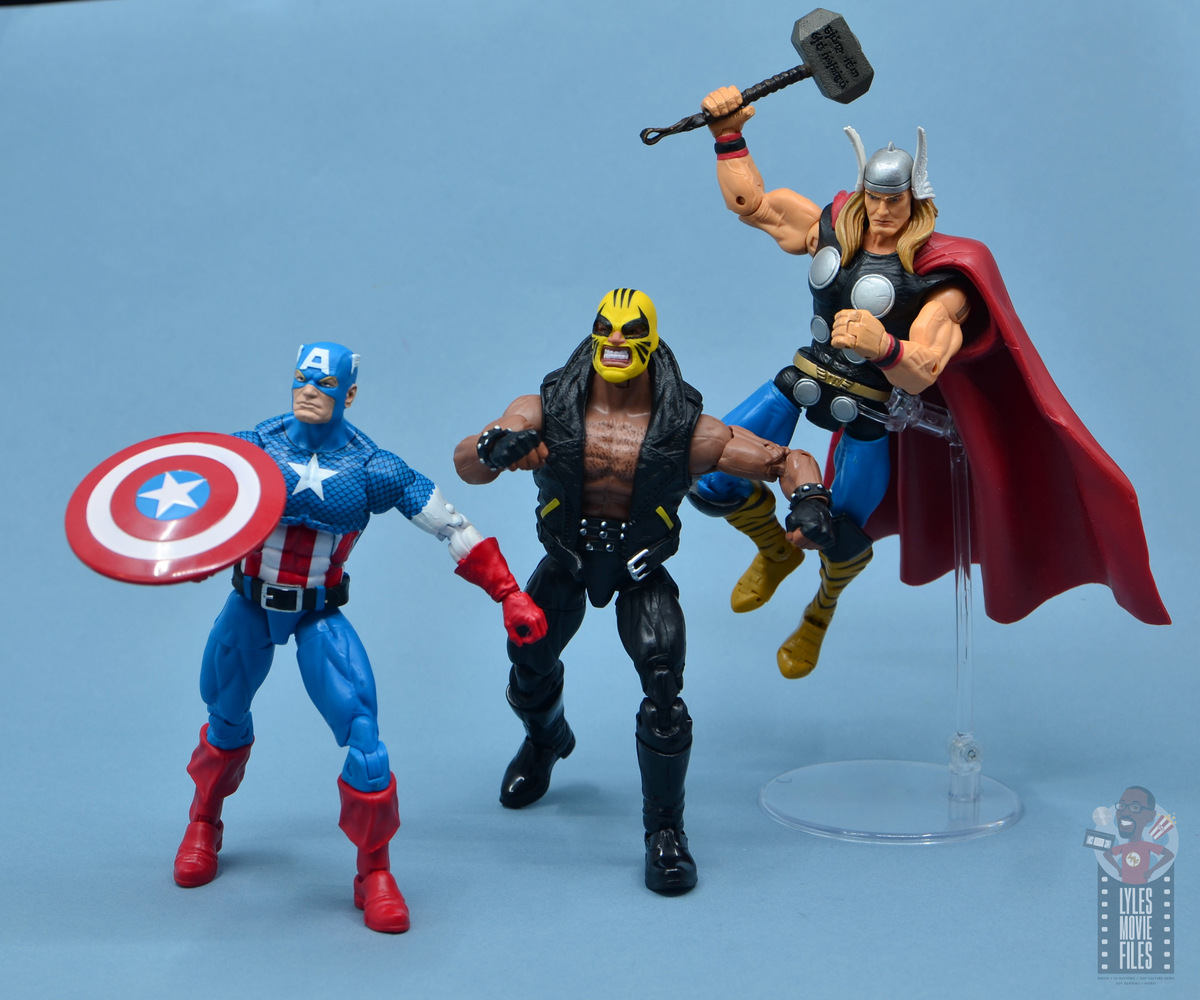 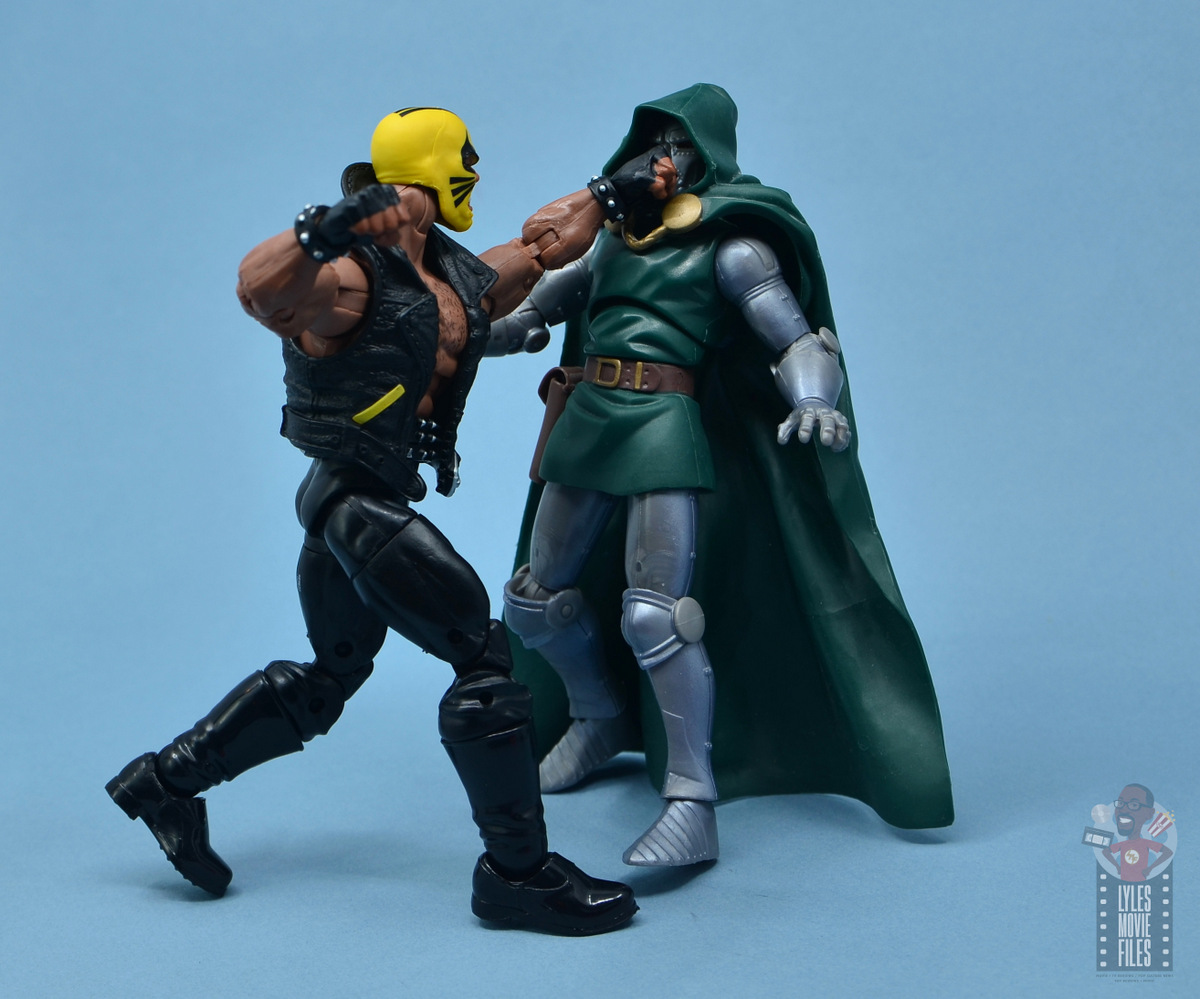 Accessories:  Like a lot of characters in this wave, Rage doesn’t come with an accessory. An alternate, more neutral head sculpt would have been useful. 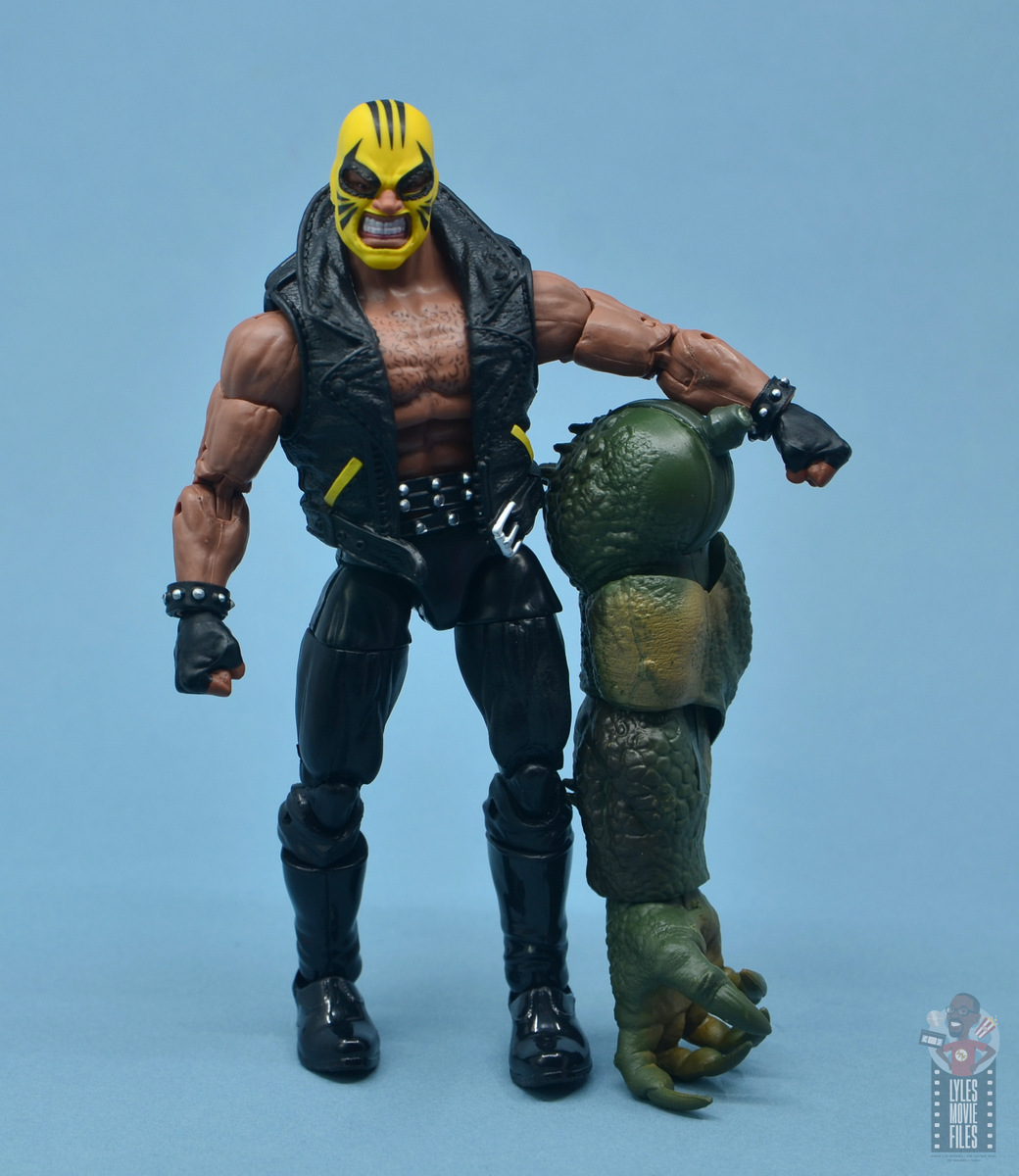 He’s does have the right arm of the Build-A-Figure Abomination. At almost the same size as a larger scale guy, Abomination is going to be huge.

Worth it?  I got Rage for $20, the normal rate for the line. He’ll likely be discounted later in the year, but I have zero patience so that rarely works for me.

Skin tone aside, I really like this figure. I’m definitely hoping 2020 sees a few more additions to the New Warriors ranks. 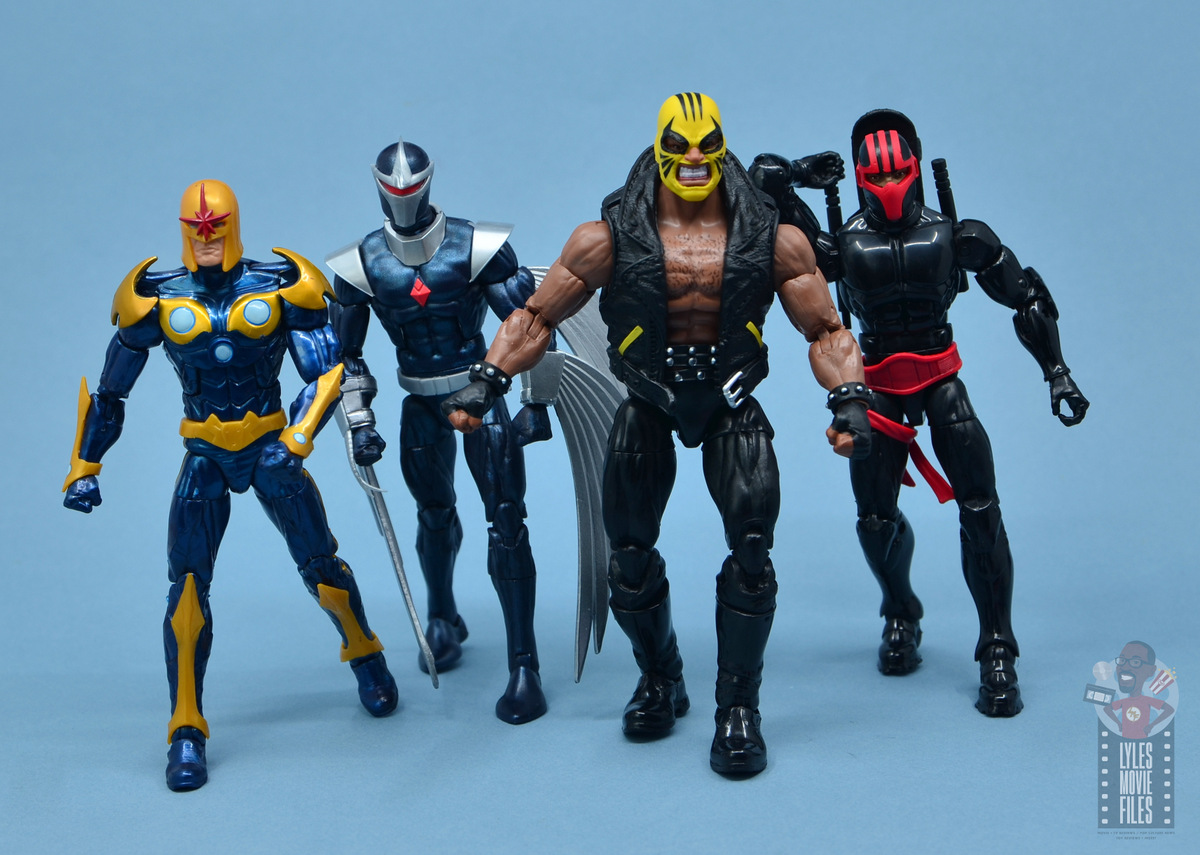 Where to get it?  This wave is starting to show up at retail. I’m not quite ready to start doing figure runs yet so my purchases since March have all be online. You can grab Rage from Target, Hasbro Pulse, Entertainment Earth and eventually Amazon.