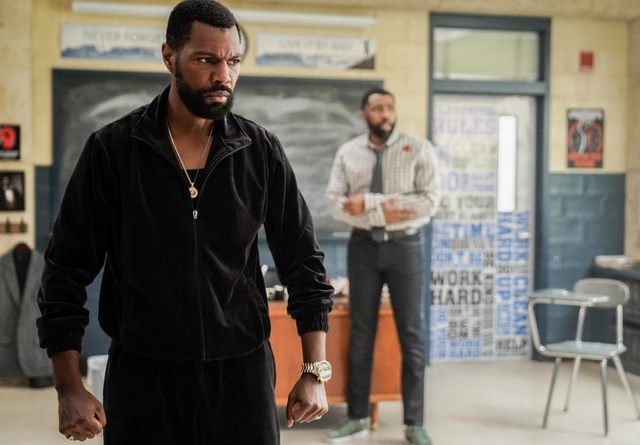 There’s always so much going on in every episode of Black Lightning that at times it feels like nothing is actually happening. In Original Sin, Jefferson gets a visit from a ghost, Anissa continues to be ghosted and Jenn tries out her Gen. 1 costume.

Jenn had the most relaxed day of the family as she was excited to give Gambi some input on her costume. Lynn, Anissa and Gambi are far more concerned with her safety than her style, which felt very appropriate for a teen/adult costume discussion. Gambi even shows off Jeff’s first suit, which was a take on one of his 90s costumes. They laughed but I kinda liked the old school comic look better than the modern attire. Gambi still has some tweaking to do as Jenn sparking up almost ignited it although it was weird Jenn was freaking out about fire since she should be immune to that given her powers.

At the school, Jeff gets a visit from an old student…Lala (William Catlett). The writers have tried to work around it, but killing off Lala originally was a major mistake. He was the mid-boss that stood as a formidable opponent who could cause Jeff trouble while he worked his way to Tobias. Catlett has made the occasional random reappearance with Lala seeing ghosts of his victims Will and Lawanda, but it’s just not the same. 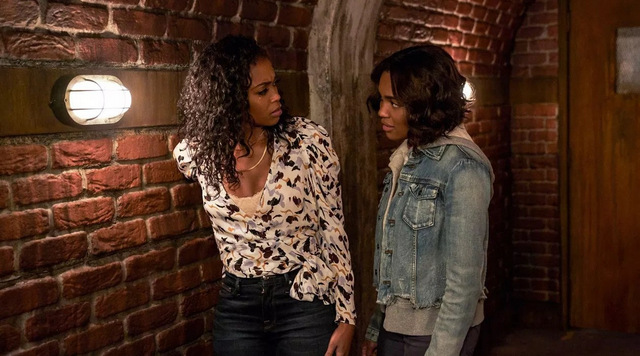 Jeff and Lala’s conversation was weird as Lala came in looking for answers about Jeff’s role in his buddy Earl getting killed. After a lot of dramatic posturing and Jeff taking a bullet to the shoulder, Lala remembers he killed Earl to show his loyalty to Tobias. That recollection now paved the way for Earl to join Lala’s victim body art. This whole encounter felt really random and a thrown in subplot for no real reason.

Ironically this was the first episode in awhile that didn’t feature Tobias. That was a little weird since we’re at the point in the season where all of his machinations should be coming to fruition not getting relegated to a side story. It also makes the heavy seasonlong focus on him seem misguided if he’s going to fade in the background as the season winds down.

Maybe this subplot means something if Lala goes after Tobias like he promised. As it stands now, it was a waste of time. He might have to get in line as Henderson gets the report, several episodes later, that Todd is dead. But why would he care about Todd?

Probably the coolest part of this episode was the reveal of Lazarus Prime, played by Michael Wright, has been the person behind Lala’s mysterious resurrections. Wright has a great gravely voice for a disturbed mad scientist doctor. That puts us two-fifths away from having a full Five Heartbeats reunion on Black Lightning, which would be awesome.

Anissa is clearly sprung to be chasing after Grace this hard. She’s officially reached the point of desperation especially since Grace is trying so hard to not be found. Was the sex that good? With Gambi’s help, Anissa finds a place with a potential relative that might know Grace’s location. An older man opens the door, but it’s just a shapeshifted Grace. Anissa returns later and fights the old guy/Grace in the episode’s obligatory strong fight scene before Grace runs off. She’s too much work Anissa…

Lynn has her own trouble as Odell is pushing pod baby Wendy too hard and locks her out of trials. It’s finally dawning on Lynn that Odell is trying to weaponize the pod babies. But that’s not all.

Odell also has the Pierce family under surveillance. Just to reinforce the idea that he’s not a good guy, Odell kills his surveillance team in what seemed like a very poorly thought out plan. Is he planning to stake them out 24/7 now? Who’s getting his coffee and donuts? These are important questions.

This was largely a poorly-timed throwaway episode just as the season should be gaining momentum. We’ll see if it manages to pick up some steam in the remaining two episodes to close out the year.