I was just editing my Classified Series Duke figure when I saw that Hasbro brought back its G.I. Joe website complete with a fresh design and look at the tradition of the line and what’s presumably a tease for the Classified Series.

While it’s not 100% confirmed until we actually see them in figure form, the incorporation of the new bio cards and specialty breakdowns for each character is encouraging.

The images are likely placeholders for everyone that doesn’t have a painterly/CGI image (i..e. Duke). On the back poster in the packaging we’ve already seen Gung-Ho that looks much different than the image below under Doc. And Doc is clearly based on the card art from the 1983 figure. 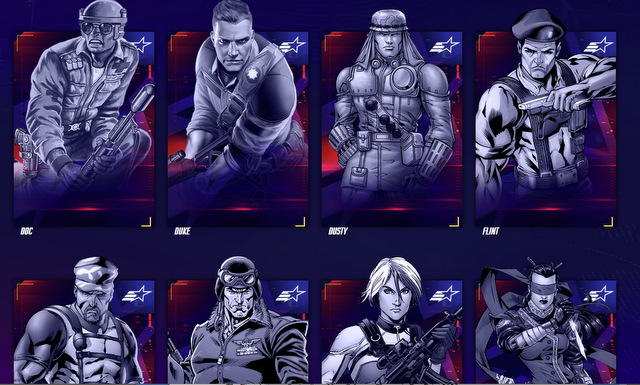 So who made the initial (massive) cut?

For the Joes, we’ve got:

Cover Girl is interesting as her vehicle, the Wolverine is something that could be easy to release as a standalone vehicle that’s relatively inexpensive.

On the Cobra front there’s:

The Dreadnoks are also well represented save Thrasher, Monkeywrench and Zandar.

I’m really excited about all these reveals. Hopefully we’ll see more of the official reveals with the first Joe Fan Friday on the Hasbro Pulse Facebook page next Friday.