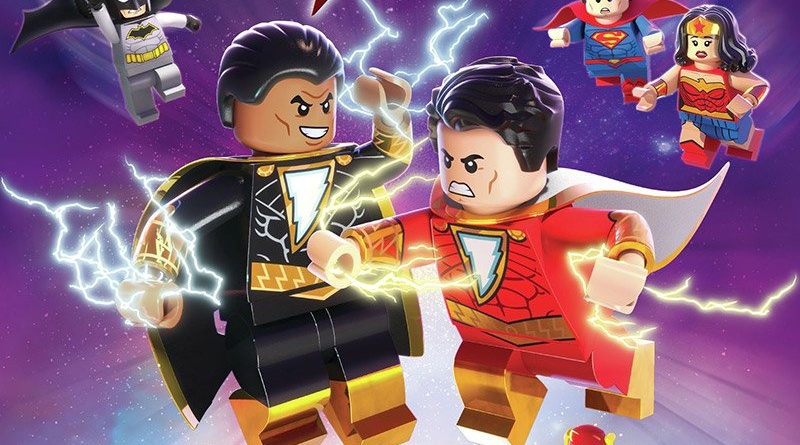 Shazam: Magic and Monsters keeps the tradition of fun LEGO DC films rolling with a character that has been overdue for his moment in the spotlight. Although it’s not in the top tier of DC LEGO films, it’s worth checking out for fans of the format and DC characters in general.

While he’s gotten some shine in Justice League Unlimited and Young Justice, it wasn’t until 2019’s Shazam that the old school hero earned modern mainstream crossover appeal. In a smart move, screenwriter Jeremy Adams (Mortal Kombat: Scorpion’s Revenge) uses the Zachary Levi live-action film as the inspiration for his take on Shazam.

This version of Shazam/Billy Batson (voiced to exuberant perfection by Stranger Things’ Sean Astin) has some of the live-action film’s rough edges smoothed out to allow for a more polite hero that’s geeked out to be in the same room with the Justice League.  The downside is the film has fractional diversity with Jessica Cruz (Cristina Milizia) being the only minority in a significant role. Was Cyborg too busy? 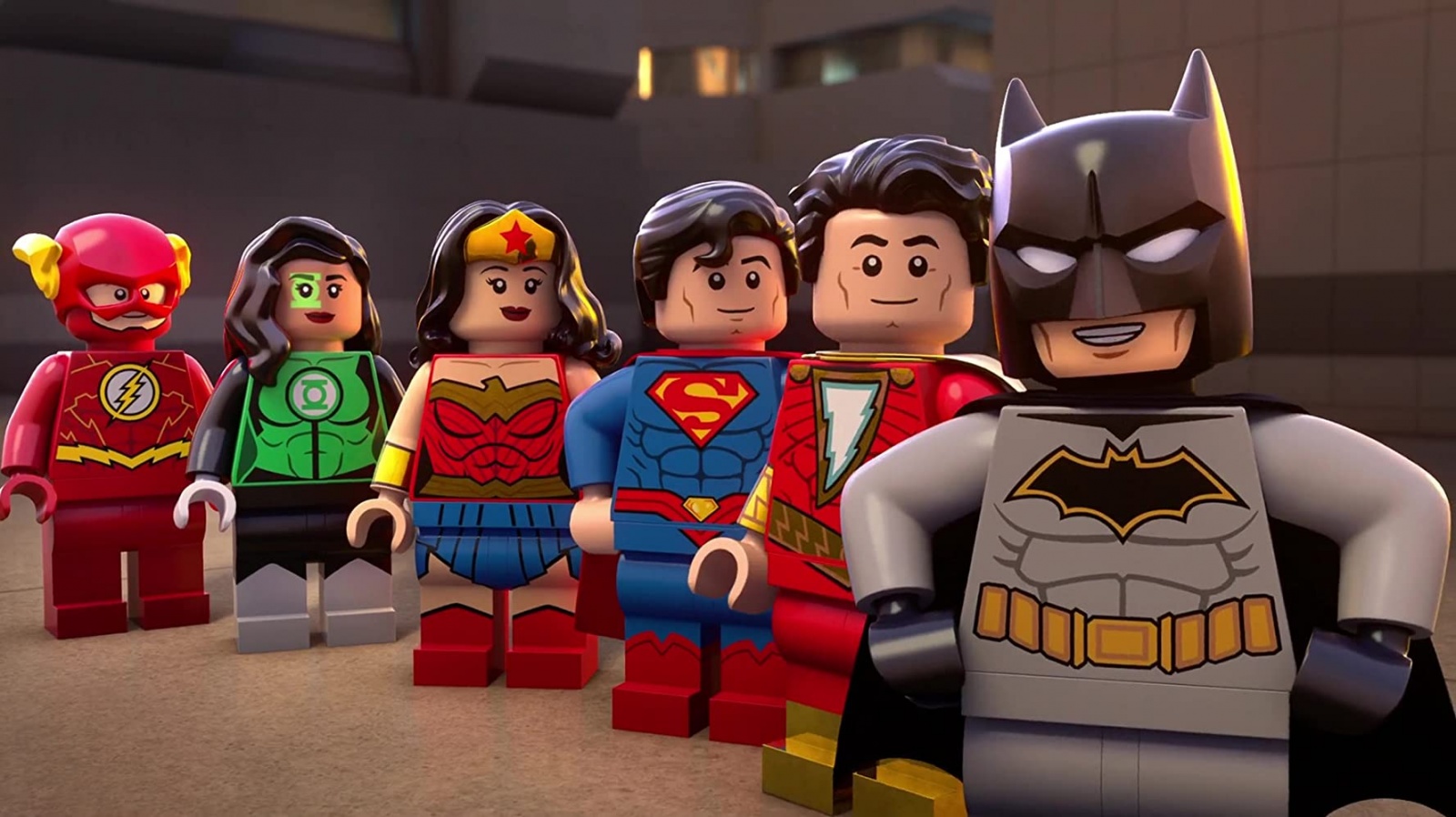 Shazam has to decide if he can trust the League with his secret — that he’s a boy in the body of an adult imbued with the powers of a pantheon of gods. Doing so could jeopardize one of his childhood dreams of joining the team.

In a nice change of pace, the villains the Justice League fights this time are comprised of Shazam’s arch enemies the Monster Society of Evil. They’re the kind of villains that haven’t gotten their due in any of the modern DC animated projects/movies so seeing them in the spotlight here was fun. And it wouldn’t be a Shazam movie without an appearance of some form from Black Adam (Imari Williams).

There’s some fun deep cuts for longtime comic fans including snapshots of iconic Shazam covers, the whole Captain Marvel controversy and nods to Batman devices like Brother Eye. Adams is clearly a fan of Shazam and the larger DC Universe.

The plot borrows a major element from the classic Justice League Unlimited episode, Kid Stuff. Adams works in some differences, but this was a tough premise to attempt without drawing comparisons. And as usual, Batman (Troy Baker) is a major focus as the chief supporting character despite Shazam and Superman (Nolan North) having more entertaining interactions.

As always with the LEGO DC films the humor is more often hit than miss. The good gags tend to be very funny while the ones that don’t land at least give the impression that some effort was made instead of lazily cranking out bad jokes.

Director Matt Peters (Justice League Dark: Apokolips War) arranges some creative action sequences and retains the anything goes nature of a LEGO film. This one could have benefited from a few more LEGO building creations besides what felt like an obligatory toy tie-in at the final act. 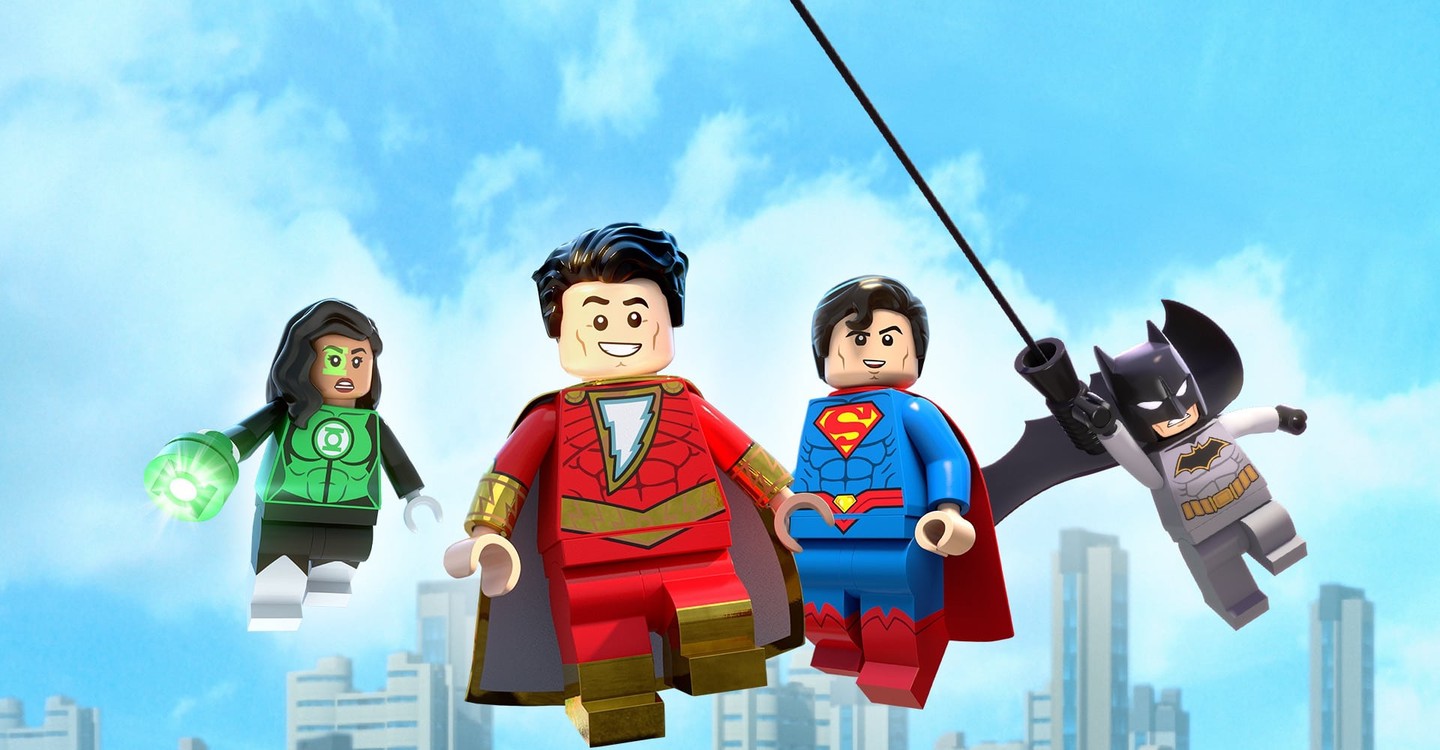 Maybe it’s the tiered approach to the villains, but for some reason the film feels longer than 81 minutes. That’s probably not a bad thing for parents hoping for an extended break from quarantine entertaining.

Don’t turn off the film too quick as there’s a post-credit scene that while brief features a very unexpected cameo.

You can purchase LEGO DC Shazam: Gods and Monsters today at Amazon.