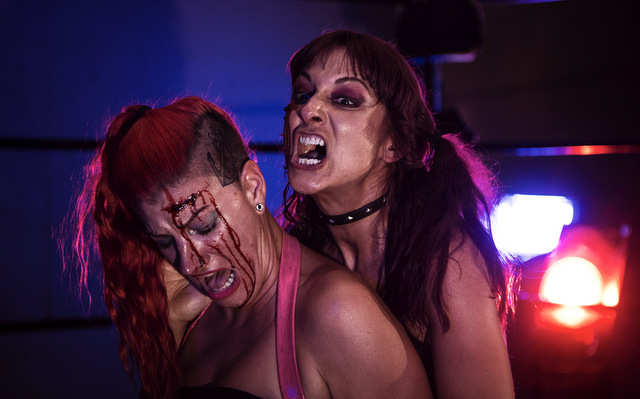 Parts Unknown is a movie that against all odds was made. The best part of this film is how it makes 2020’s other wrestling theme film, WrestleMassacre, a five-star classic.

There’s just nothing remotely redeeming about this one. This won’t be a lengthy review as there’s only so many ways to say this is completely and utterly not worth your time. Parts Unknown might not be the most mean-spirited film I’ve ever seen, but it certainly takes the title for this decade. 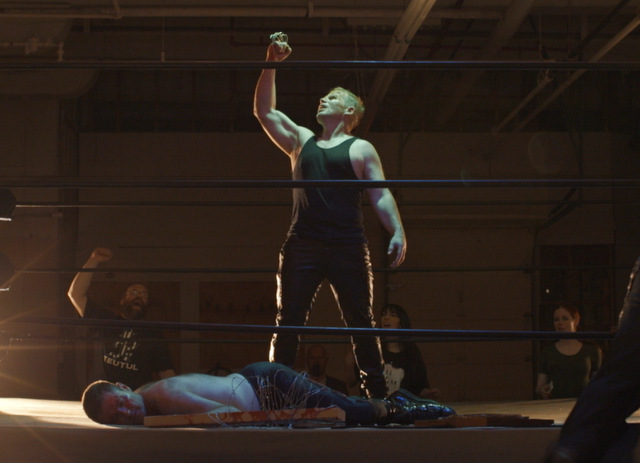 The crazed Von Strasser family already has a long history of psychotic behavior in part stemming from the suicide of their father. They’re not the most well-adjusted foursome anyway, but when a demonic presence — a cloaked figure wearing a relatively “decent” looking alien mask and voiced by Jake “The Snake” Roberts (who had the good sense not to appear on camera) — offers them a new way to inflict carnage they’re ready to rumble. I’d apologize for the wrestling puns, but I have to entertain myself on some level for enduring this film.

It doesn’t seem like it should be hard to make a wrestling horror film work, but Director/Screenwriter Richard Chandler proves it’s not as simple as climbing in the ropes and having a MOTY epic. Editing is choppy, the score is loud, distracting and obnoxious and the script comes off like an afterthought. As in after shooting the film, Chandler thought maybe he should have actually written a script.

The acting seems intentionally terrible as it seems highly unlikely that the cast could seriously consider their work here credible.

Sarah Michelle, who plays Kitty Von Strasser, probably got paid by the scream as often as she howls and yells throughout the film. Michelle brings a kind of deranged energy that would probably her performance noteworthy if she had better material. Here, she’s essentially acting with a broomstick as the only performer who fully commits to this crazy premise.

Lizzie Havoc plays Kitty’s frenemy Lacey. She has the stature and presence to be a force in this B-level cinema realm, but definitely shows her lack of experience in her first feature role. William DeCoff is the eldest Von Strasser, who somehow manages to have both a German and Boston accent.

Parts Unknown is impressively misogynistic from the language to the constant cringe-worthy violence against women.  There’s also some unglamorous nudity just for the sake of one character slicing off a fellow wrestler’s nipple so they can eat it. Yeah that actually happens. Worse the same character gets assaulted by a sex toy with razors. Some of the events in the movie are more horrifying in their level of questionable taste, but nothing is all that terrifying or scary. 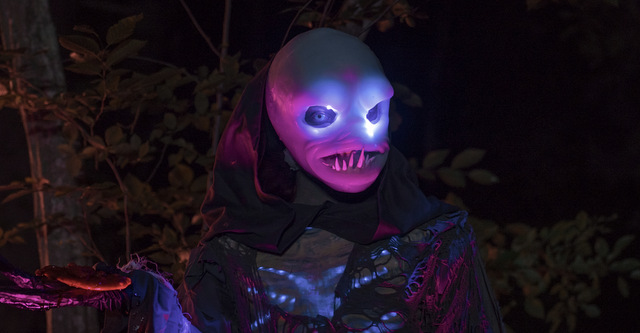 To give Chandler a modicum of credit feels like giving a jobber too much offense, but he does manage to incorporate wrestling terminology appropriately. Chandler seems to have good intentions with his love of wrestling, but that rarely translates well such as a tasteless reference to Chris Benoit.

This is a vile, boring and excruciatingly terrible film. Want a real horror wresting experience? Check out Heroes of Wrestling instead.