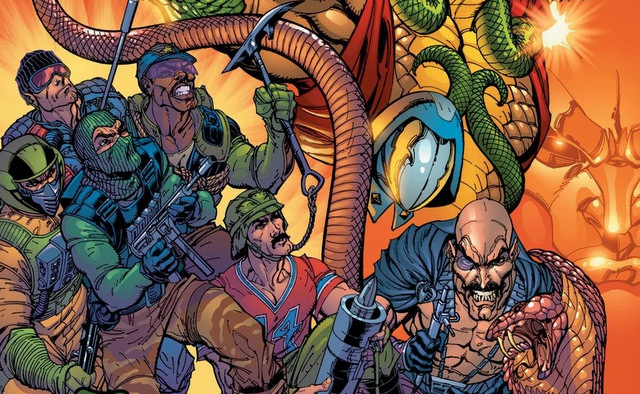 Slight spoiler to start: there’s no bad collection of Larry Hama GI Joe issues, but Vol. 5 might be the strongest 10-issue set of the series.

Vol. 5 features an uninterrupted string of 10 issues where longtime writer collaborates with artist Rod Whigham, arguably the best artist the series had. 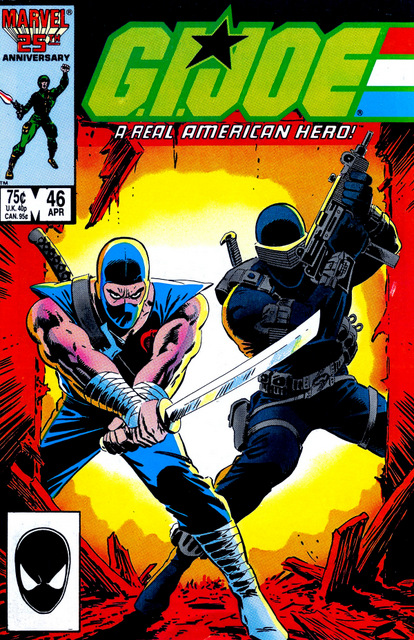 Whigham debuted on the amazing assault on Snake-Eyes’ cabin in issue #31, before staying on long-term. The Joes never looked more polished, realistic and the action more authentic than under Whigham’s pencils. Along with inker Andy Mushynsky and colorist George Roussos, this was the peak of the book’s visual creative team. Combined with Mike Zeck’s amazing covers, this is the Golden Era of art on the title. 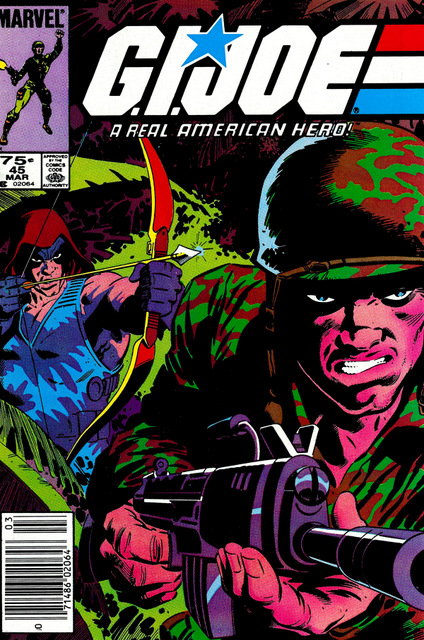 Maybe Hama similarly felt inspired working with this team as these next 10 issues are some of his best. The foundation for the rest of the Marvel Comics fun and even the current IDW series are introduced in this arc. Stalker and Snake-Eyes learn their KIA Vietnam buddy isn’t so dead, Storm Shadow trains Billy, the secret is out regarding the Hard Master’s killer prompting some ninja rage, Zartan and Ripcord switch places and Cobra creates its own super soldier.

The two biggest storylines are Storm Shadow fully pulling away from Cobra and the creation of Serpentor.

Both of these storylines come to a head with the Joe invasion of Springfield courtesy of Ripcord trying to infiltrate Cobra Island in search of news regarding the whereabouts of his girlfriend Candy. 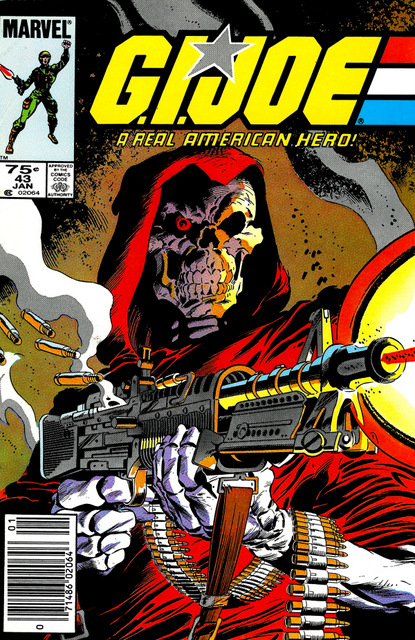 Candy’s fate, along with some other major supporting characters, is revealed midway through the arc. Hama again reminds readers that no one is truly safe in this run. Ripcord tangles with Zartan, who uses the opportunity to get valuable intel on the Joes.

This culminates in a larger infiltration mission led by Flint while Snake-Eyes and Storm Shadow get back on the same page to kill The Hard Master’s murderer. Both forces converge on Cobra Island while Cobra Commander observes from the sidelines. 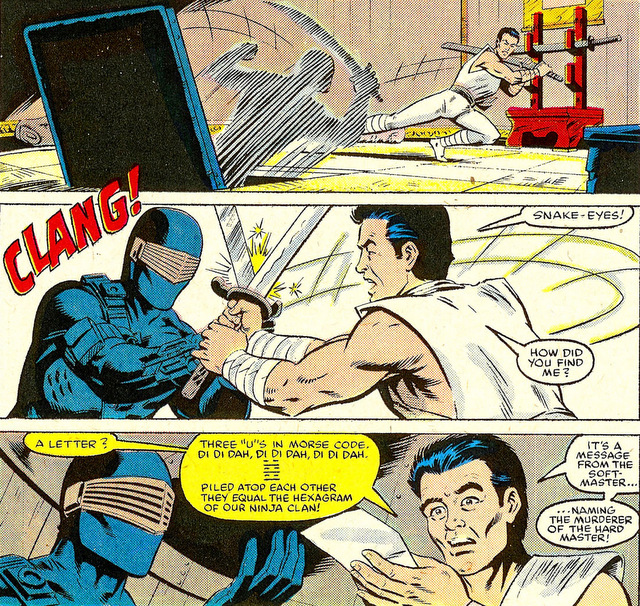 In response, Cobra Commander orders Dr. Mindbender to comb the tombs of the greatest warriors in history to create a super soldier. For a comic book about an elite military training force, Hama somehow manages to create an origin for Serpentor that doesn’t seem preposterous.

Serpentor gets an immediate trial by fire as he leads a resistance force as the Joes invade Cobra’s early headquarters Springfield. This was the biggest strike in the series so far with most of the Joes brought in for the action. 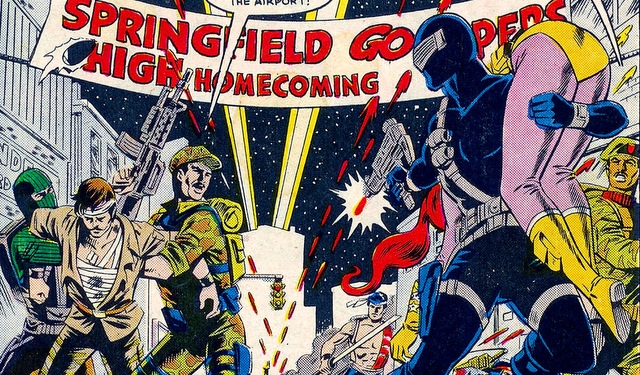 Along the way, a plethora of new characters are introduced including Alpine, Bazooka, Airtight, Quick-Kick, Beach-Head and Leatherneck.

As an added bonus, the first installment of the spin-off GI Joe: Special Missions is included. 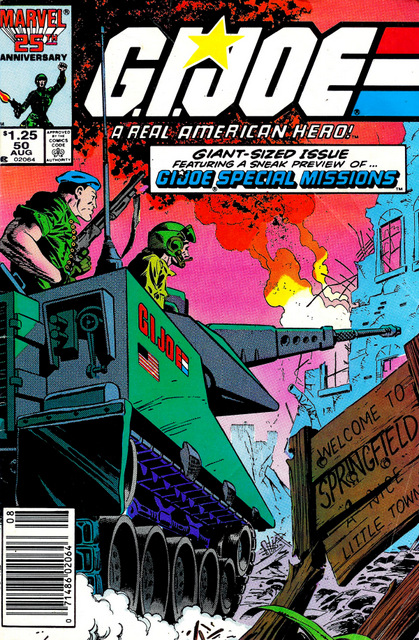 This is the Marvel Comics’ run of GI Joe at its best with big action, fun characters and some clever plots. Hama and Whigham were the series dream team and they make each issue a blast. If for some reason you could only track down one volume, this is the one to get.