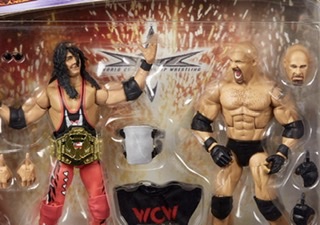 How do you celebrate one of the more iconic moments from post-nWo WCW history when both guys are in street clothes? For Mattel it’s simple. Commemorate the moment with some savvy accessories, but bring out the ring gear collectors want all the same.

That’s the case with this Elite Bret Hart vs. Goldberg two pack. This set pays homage to the incident where Bret outsmarted Goldberg by placing a steel plate in front of his chest obscured by a jersey so a spearing Goldberg would get knocked out. It was one of Bret’s better WCW moments. 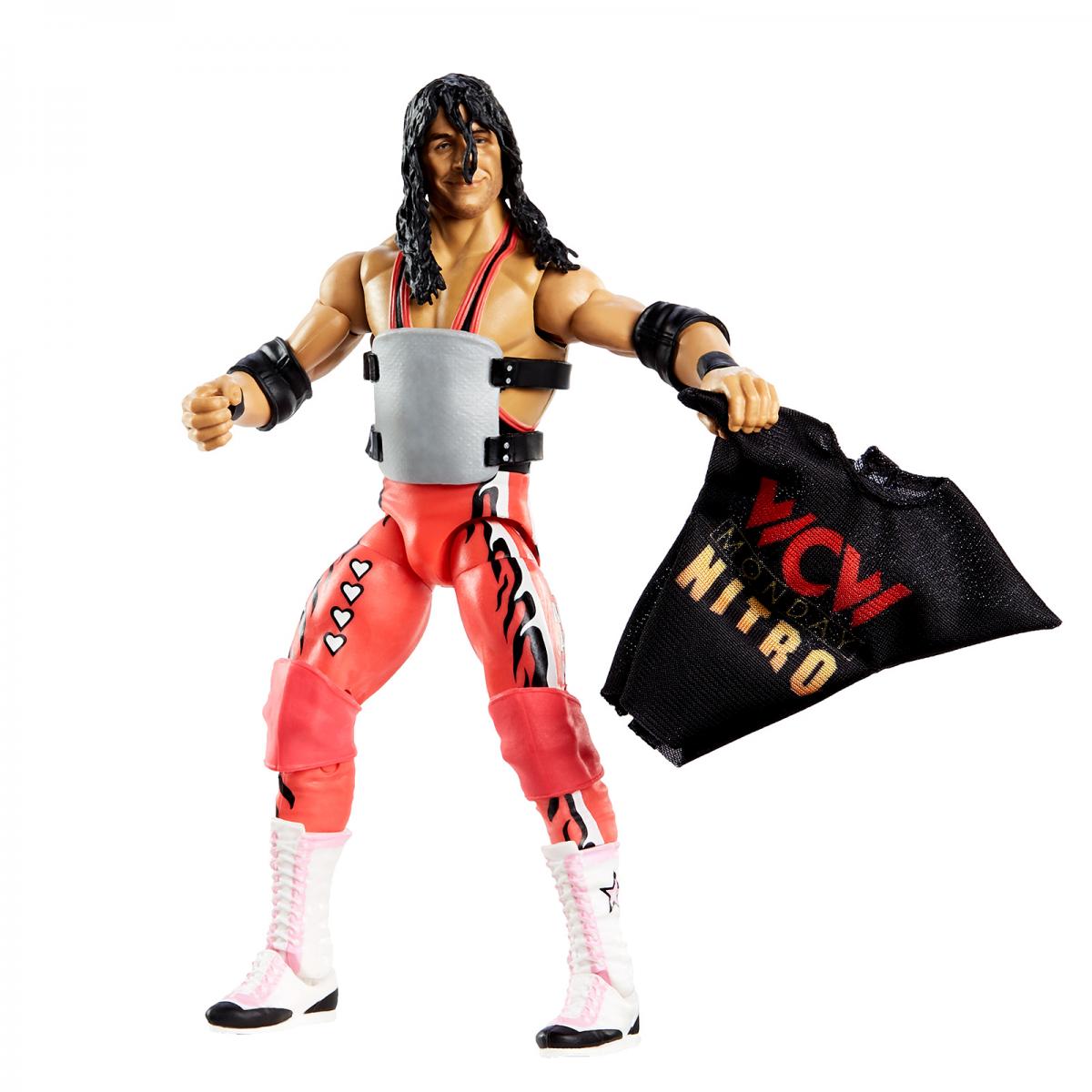 The set includes the most recent head sculpt used with the Ultimate Edition Bret and both heads Mattel has used for Goldberg. Kinda makes me tracking down that Entrance Greats version worthless now especially since it’s got the superior head sculpt from the recent Goldberg Elite 74 figure. 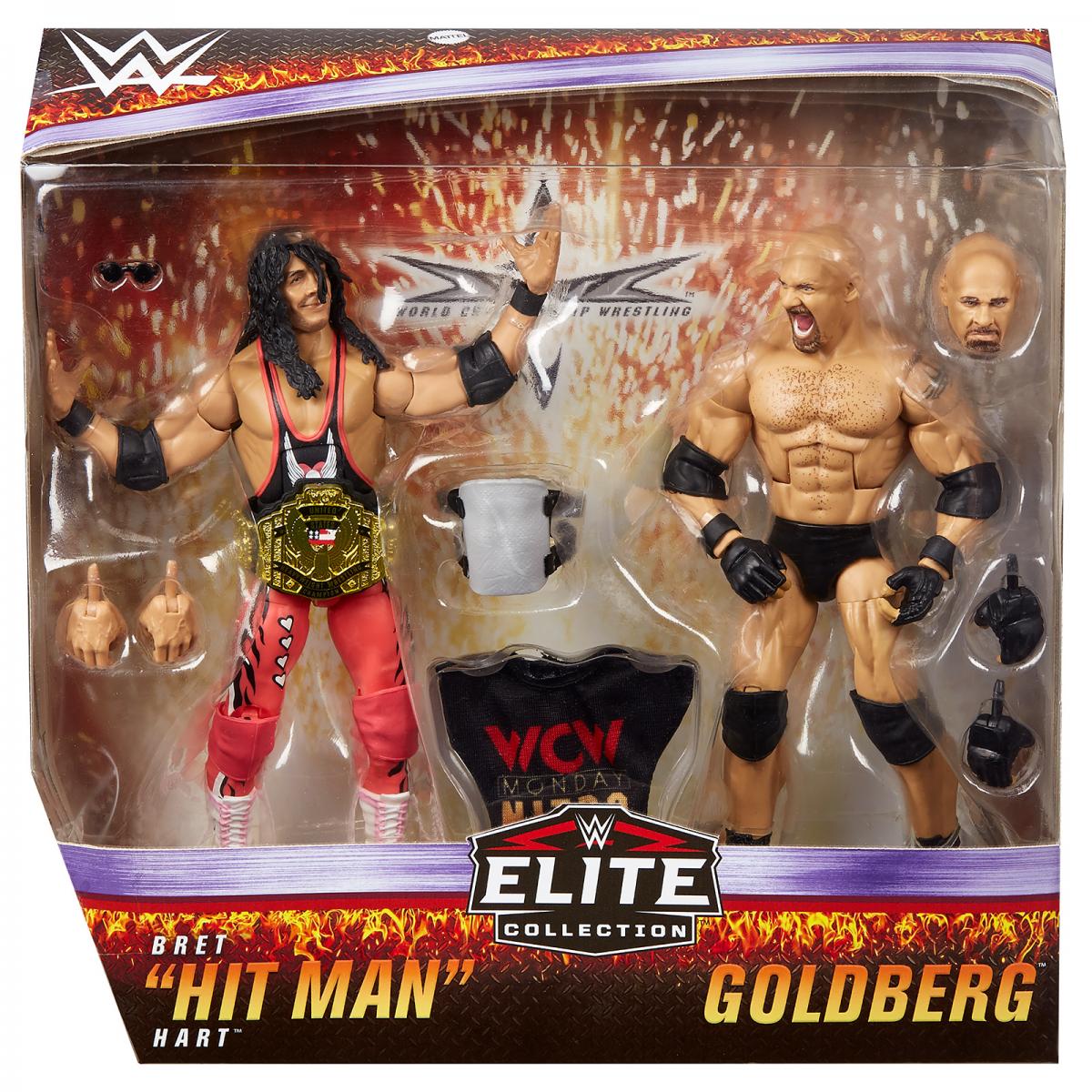 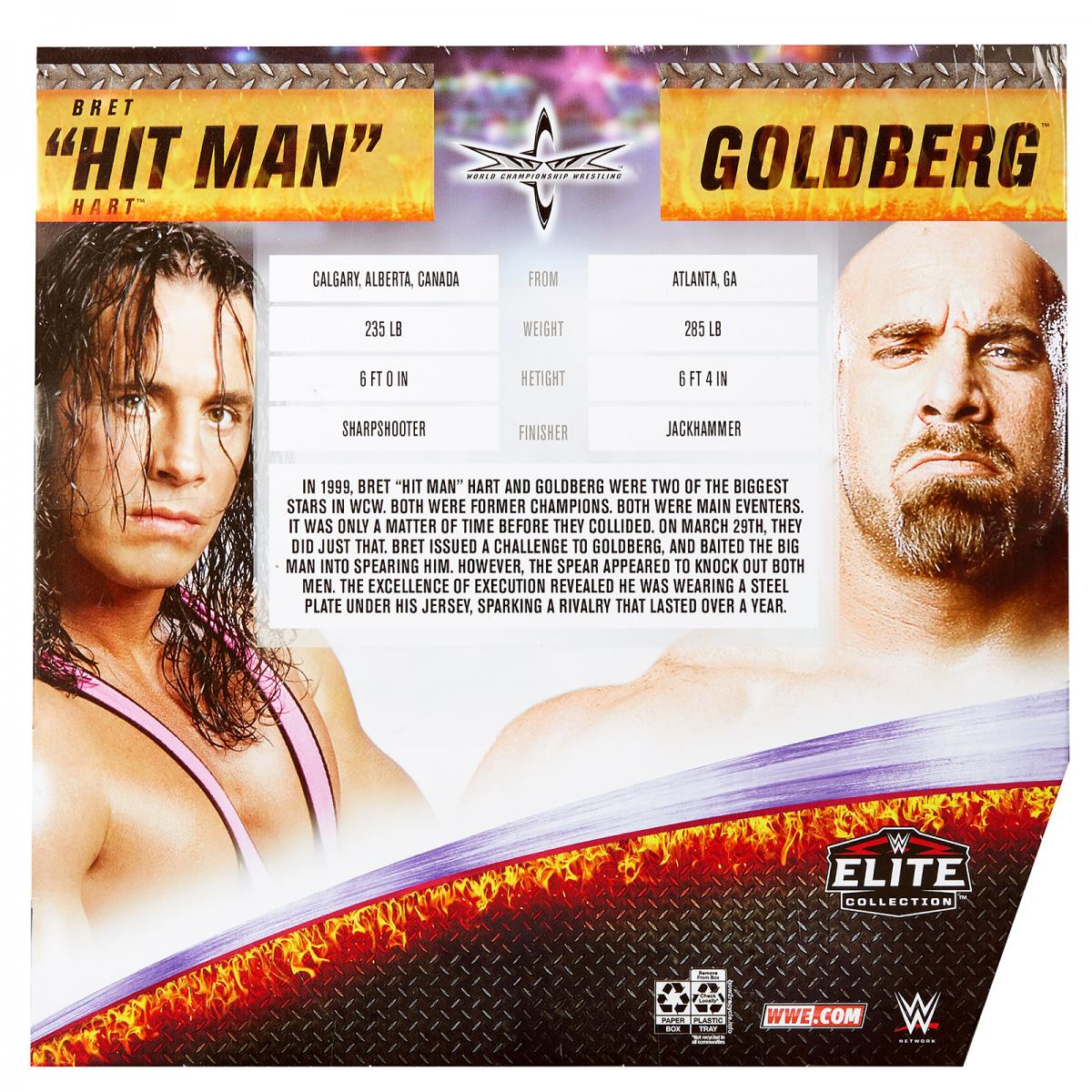 This pack also features the first ever WCW US title. My Ravishing Rick Rude already has eyes on this accessory. 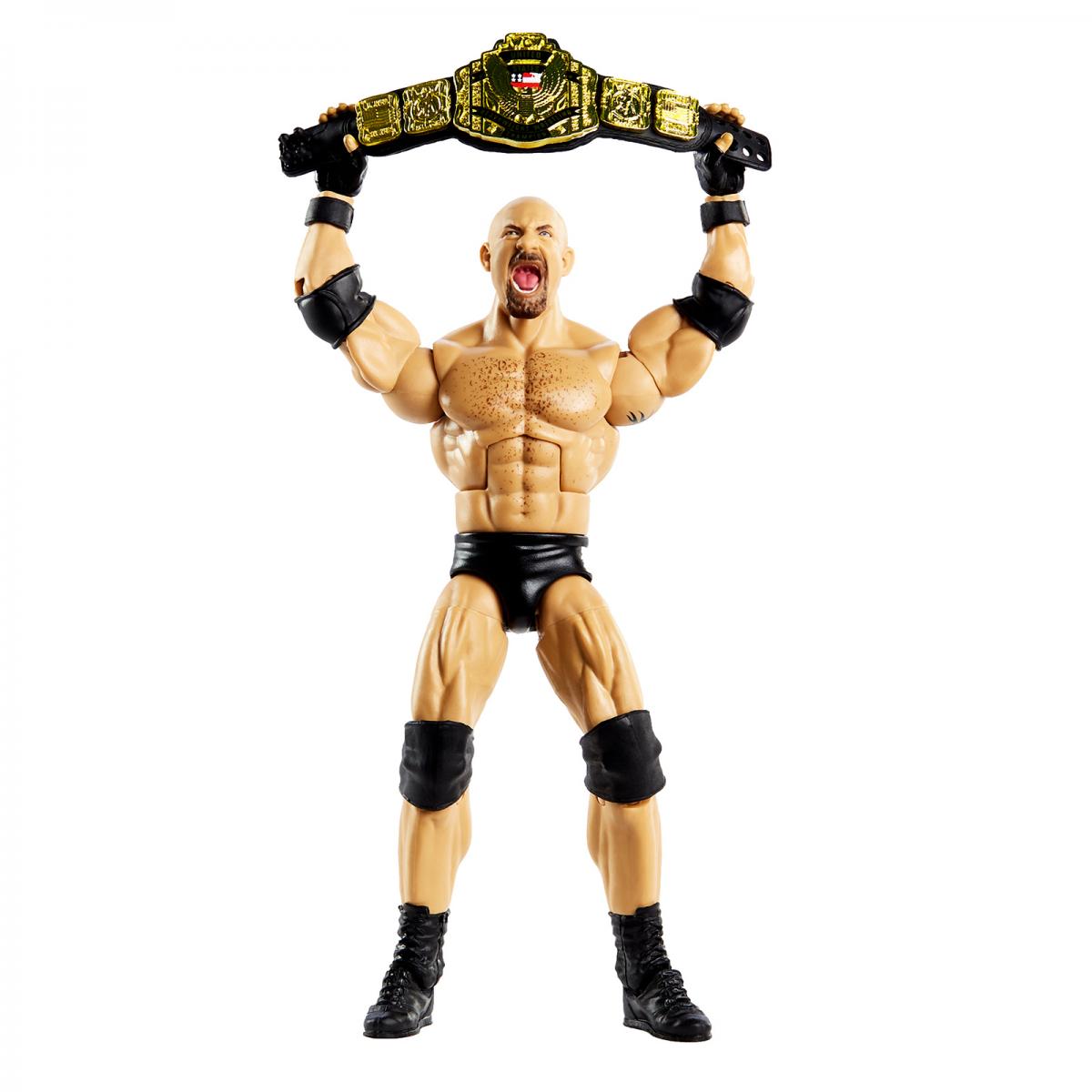 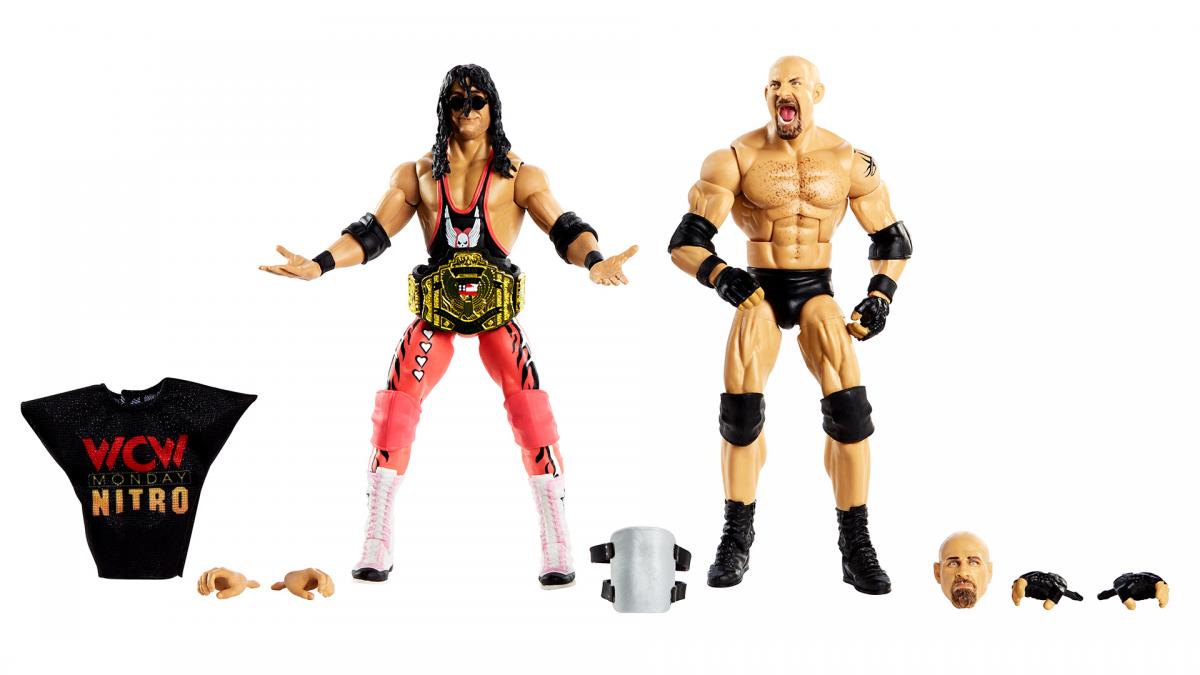 This is a pretty decent set even if it’s not as necessary as the Chyna/Triple H set. What do you all think?