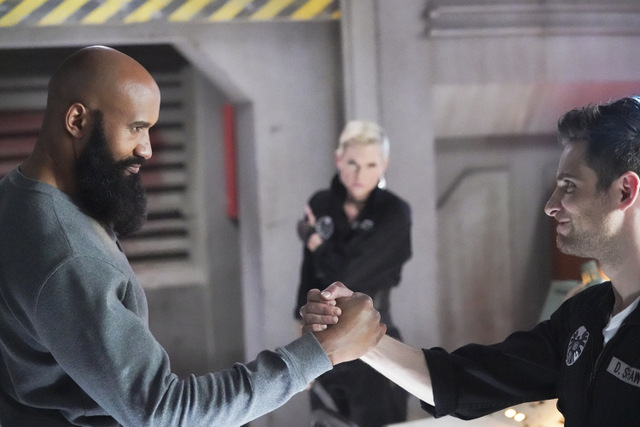 With a lot of series, even the good ones, when the final season rolls out it’s clear it was the right call even if it’s just to go out on a high note. I’m not feeling that with Agents of SHIELD as this season really has me thinking the series has another good two or three seasons left based on the creativity on display this year. I wasn’t expecting much from the 80s theme episode, The Totally Excellent Adventures of Mack and the D, but this randomness sneaked its way onto my Top 10 favorites.

Mack and Deke are stuck in 1982 after the Zephyr vanishes, leaving them stranded in a place Mack would rather forget since his parents are now dead thanks to the Chronicoms. Lost in his grief, Mack finds a house and lets himself go for a year growing out an impressive beard in the process.

Deke, meanwhile, does what Deke does best in these circumstances and pulls out his Hot Tub Time Machine riff and makes himself a rock star singing future hits like they’re his own. It’s hard not to appreciate Deke for finding a way in every situation. He’s become such a better character than when he first arrived in the series. 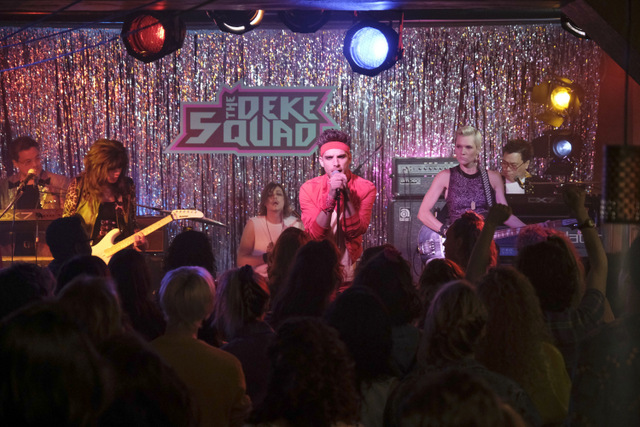 But it’s not all fun and games as Deke is actually undercover and his band is a group of would-be SHIELD agents. Except for Cricket, the drummer. This squad is such a wonderful, mishmash of characters just like every 80s action movie. The surprises don’t stop as Deke uploaded Coulson’s hard drive into a VHS and he’s making like Max Headroom on the TV. This is literal TV series gold right now. And Deke has been keeping tabs on young Mack as he’s being raised by his father.

I’ve lost interest in 80s and 90s episodes/movies as they get bogged down too often on “can you imagine people dressed like this and thought this was top of the line technology? Ha ha!” This episode captured the 80s charm without endlessly spoofing fashion and technology from a 2020 perspective.

Meanwhile, Sibyl has a nerdy tech guy build her an 80s-era Short Circuit style killer robot. Not shockingly, Sibyl uses her robot to go all Ultron and build killer versions with the first victim the nerdy tech guy. This guy clearly needed to have seen Weird Science first…

Sibyl’s killer robots head for the makeshift SHIELD base and take out Cricket and his girlfriend in gloriously over the top 80s horror movie excess. I loved the ridiculousness of Mack shaving his beard with a knife and then putting on a headband for no good reason. 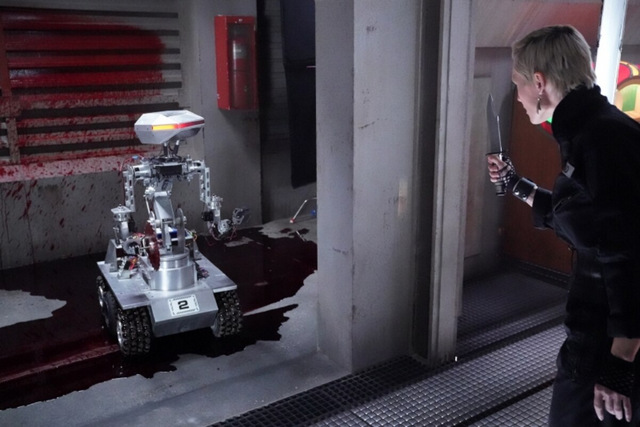 Even the team taking out the robots was done with 80s style special effects. That’s impressive attention to detail and really made this episode work.

And how could you not love this exchange? “Thanks Mack Daddy!” “Nope!” Henry Simmons and Jeff Ward have some sneaky good chemistry.

May and Elena eventually recover Mack, Deke and Coulson and meet Mack’s new SHIELD squad. I’d love an update on this crew to see if they actually matter in the history of SHIELD down the road.

But Mack’s crew missed one of Sybil’s robots, who brings it to a healthy and restored Nathaniel Malick. This alliance could be interesting… 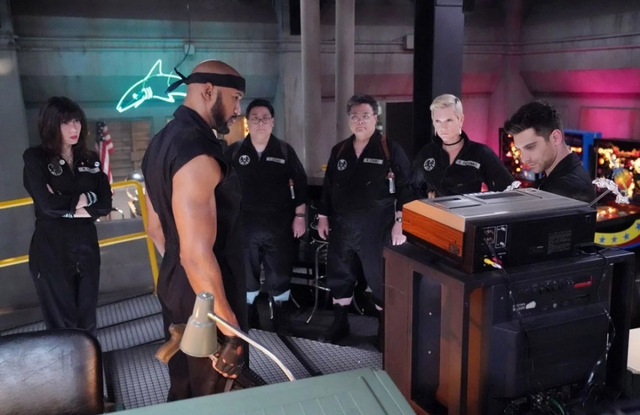 80s parodies don’t always work, but Agents of SHIELD proved in the right hands it can work and in cases like this, very well.