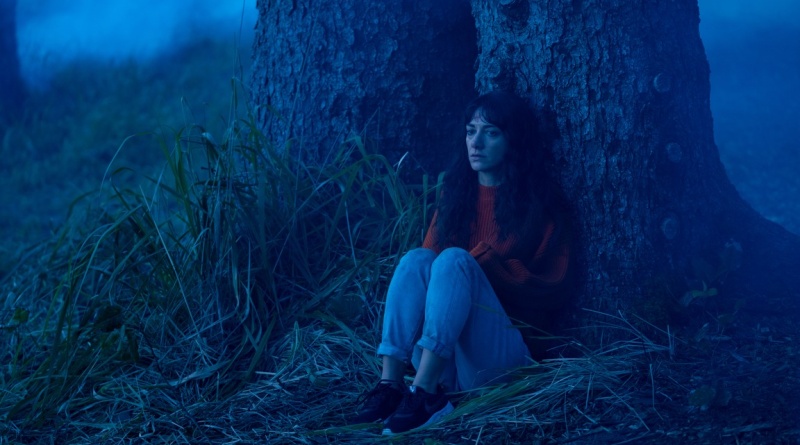 The Rental could easily be titled “So, a Slasher Horror Crashed My Indie Relationship Drama.”

Dave Franco (6 Underground) makes his directorial debut with this intimate look at two couples. Charlie (Dan Stevens) and his wife, Michelle (Allison Brie), and his brother, Josh (Jeremy Allen White) and girlfriend, Mina (Sheila Vand) are getting away after Charlie and Mina land a big contract and escape to a quaint rental beach house with gorgeous views.

Property owner Taylor (Toby Huss, Ghostbusters) seems somewhat prickly if not outright racist in his demeanor toward Mina. Good thing Josh and Mina broke one of the major rules of the property by sneaking their dog along. Taylor is weird and somewhat creepy in violating basic privacy rules of a rental space by coming and going as he pleases. Not cool man. 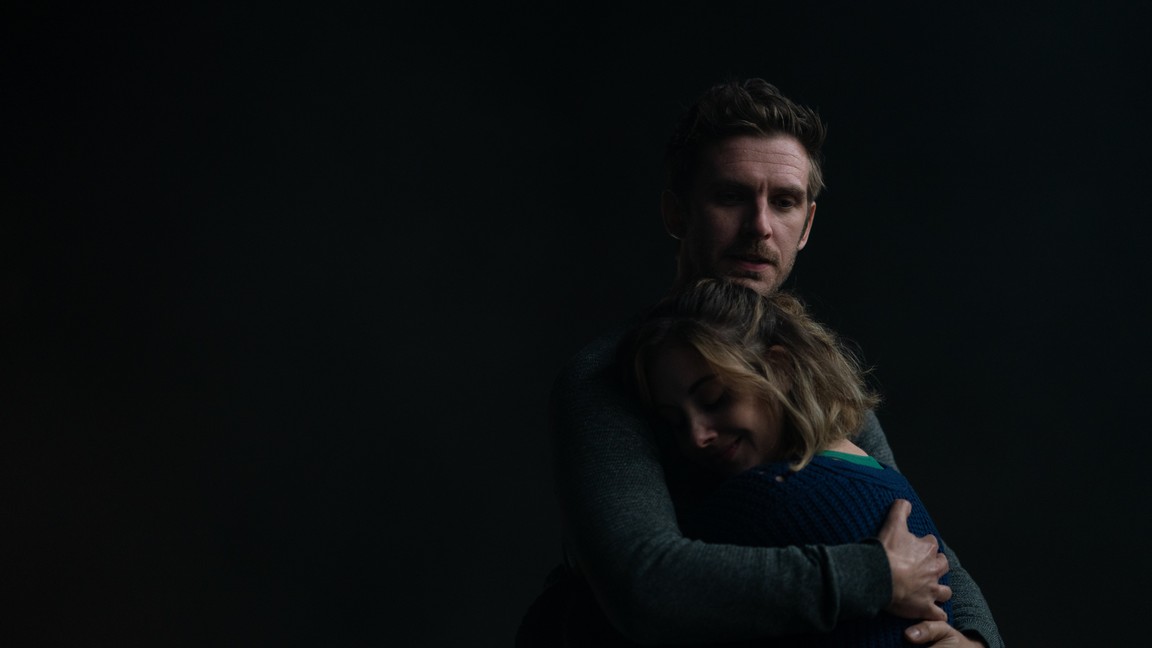 For most of the film, Franco and co-screenwriter Joe Swanberg (Drinking Buddies) are content to focus on the relationships. There’s plenty of fodder as there’s a ton of issues between the couples. Charlie and Josh have lingering sibling rivalry problems; Michelle is concerned about Charlie’s dating past, Josh doesn’t think he’s good enough to be with Mina, etc.

Those are small scale compared to the major issue when the film starts veering down a Bold and the Beautiful path and there’s a question if Charlie and Mina will make good on their mutual attraction.

It’s not the most exciting glimpse at relationships, but Franco makes it engaging enough as he patiently lets conversations play out. Franco has a firm understanding of setting up the mood and building tension on numerous fronts. He sets the ambiance just right in moments like a serene hike through the woods, the rolling fog during a nighttime hot tub dip or the sudden drop of a cliff. This is an encouraging debut for him and with better focus on his story, he could become a very strong dual threat.

Vand in particular stands out with her body language saying more than the dialogue at times making Mina’s thoughts apparent without a word. Stevens gives Charlie a privileged edge as he scoffs at Josh’s attempt to better himself and his jealousy of his brother having something he wants overwhelming him. In terms of character development, Michelle is the most likable, which may solely come from the fact that she’s the least developed. The further Franco and Swanberg dive into the characters the less interest there is in them having a happy ending. 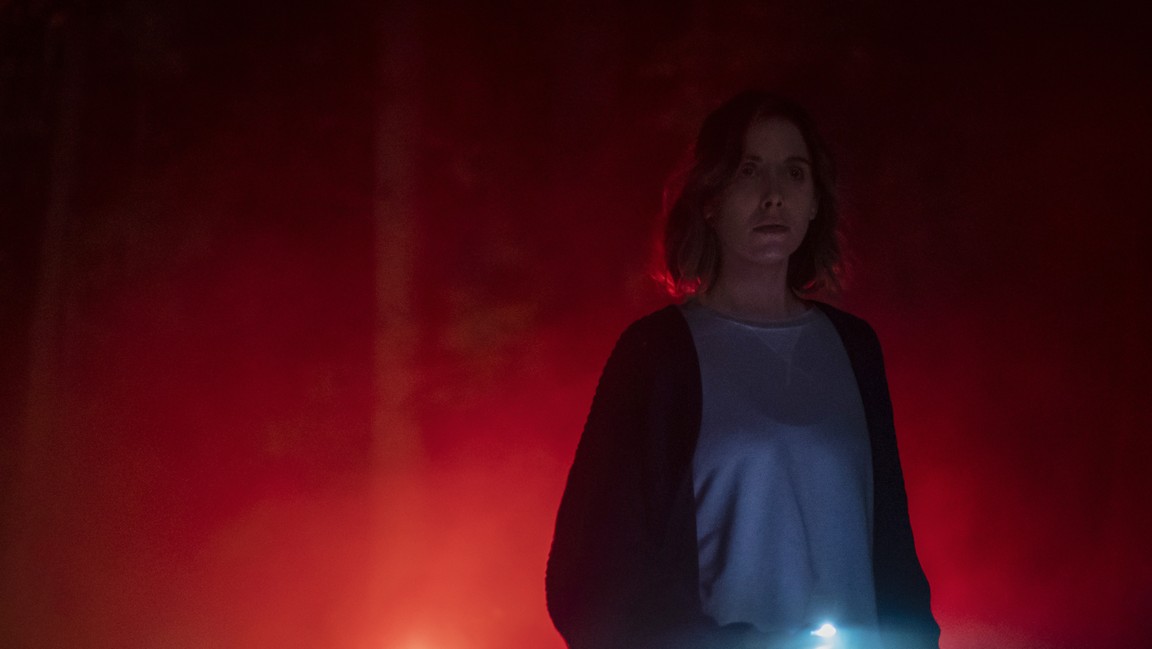 While there’s the occasional random tease, the film is past the midway point before the thriller aspect begins. When the slasher elements finally enter the scene they almost feel like they belong to the wrong movie as they’re such a weird fit. The masked boogeyman is unusually patient, taking his time to observe and stalk the couples over the weekend before making his move.

This is when the film gets tricky as the masked man starts off playing mind games with his prey taunting them with what he knows and what he’s recorded over the course of their stay. His actions are too personal for the standard boogeyman. Despite the breadcrumbs they place earlier, Franco and Swanberg don’t pay this crucial piece off with some connection.

Just as frustrating are how quickly the characters turn into standard horror movie victims: tripping over random objects to impair their movement, walking instead of running, splitting up for no good reason and generally being very accommodating fodder. Also, it seems peculiar that there would be a secret lair Taylor had no clue existed despite the keypad entry system. 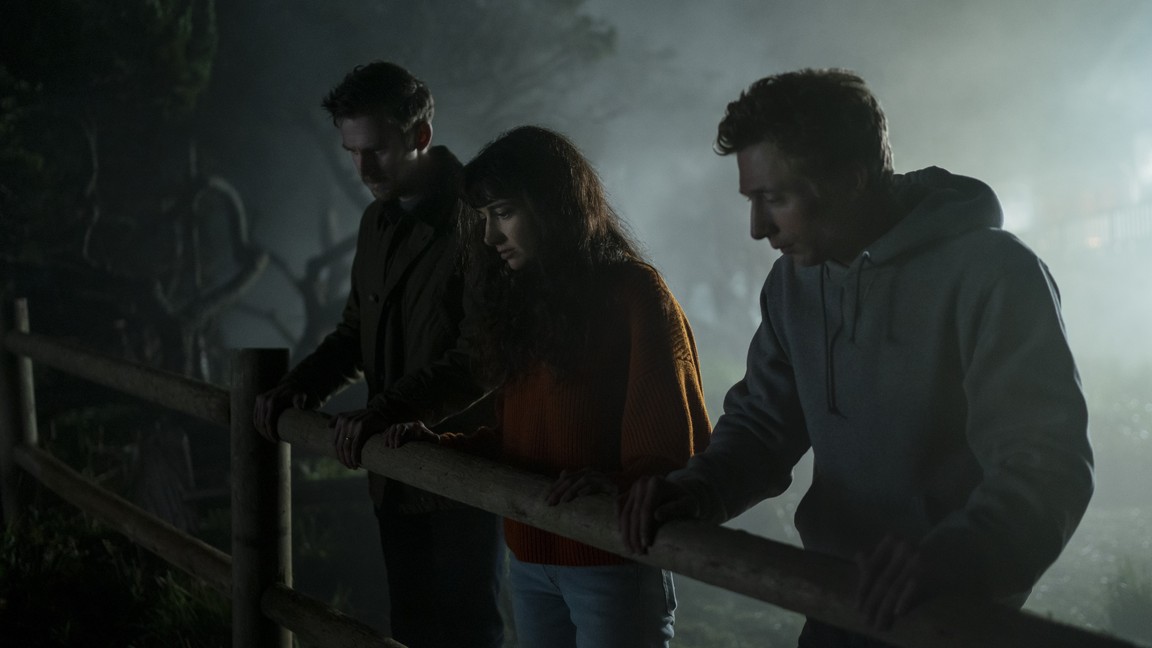 For my money there’s no better killers without an agenda film than The Strangers. Even then, there’s a sense of the killers having fun with their “food.” There’s no thrill of the scare here and just some nut-job arbitrarily deciding to kill complete strangers just because.

Given the investment made in the characters and their various bits of drama, the slasher finale is very unfulfilling and a disappointing way to wrap what could have been a well-executed, modern thriller.