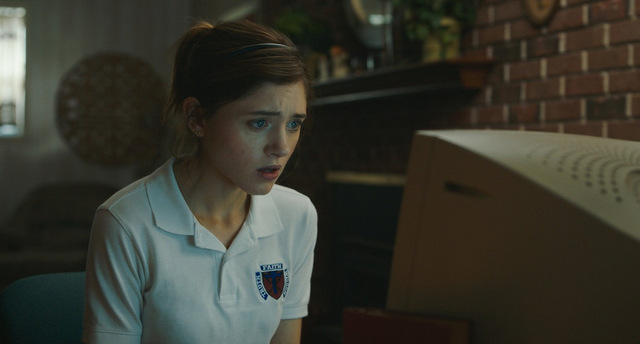 Yes, God, Yes is a coming of age story that takes a thoughtful approach to a teen’s sexual awakening that feels content to stay at first base instead of going for home base.

Alice (Natalie Dyer, Stranger Things) is starting to get curious about her body. And as a very repressed Catholic high school girl seeking to avoid damnation, Alice is leery about too much exploration. After lies spread of a wild night she had with a classmate, Alice has become a bit of a pariah around school.

Along with her best friend Laura, (Francesca Reale, Stranger Things), Alice heads to an weekend camp run by the school. She’s assigned the perky Nina (Alisha Boe, 13 Reasons Why) as a counselor and the hunky Chris (Wolfgang Novogratz, Assassination Nation) as her team lead. There’s some charm is Alice stumbling her way through various ways to arouse herself — including a cell phone set to vibrate — and get close to Chris, who’s oblivious to the effect he has on his fellow camp-goers. 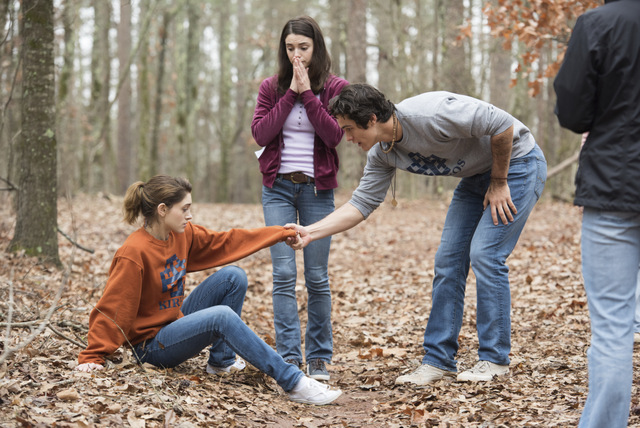 Director/Screenwriter Karen Maine (Obvious Child) originally developed the film as a 2017 short. The premise has enough potential to justify a full-length presentation, but it never fully captivates.

Maine sets the film in the early 2000s. This allows Alice to be naive and completely oblivious to sex without the benefit of just doing a quick Google search. Still, it would have been interesting to see how Maine tackled this subject from a modern time period and exploring meatier topics like closeted lesbian and gay school members or Catholic sex scandals.

In the ensemble cast of Stranger Things, Dyer gets limited opportunities to stand out, but she really seizes the spotlight with this role. Dyer brings a natural curiosity to Alice and her expressive eyes and inquisitive expressions help sell Alice’s rising intrigue.

For the most part, the camp counselors aren’t portrayed like religious robots programmed on super sanctimonious. Sure there’s some quirky moments like the counselors reading aloud the letters their parents sent along, but Maine shows commendable restraint in not just making faith a punching bag for easy jokes. 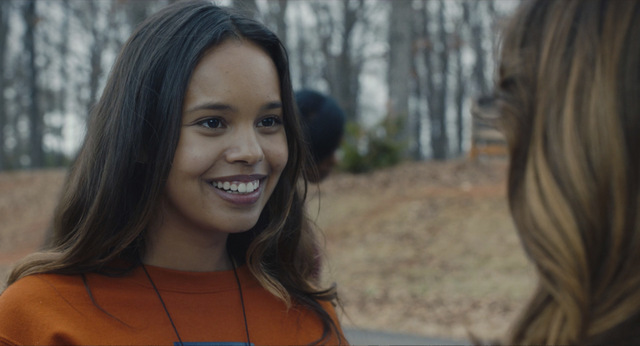 Instead of going for cheap humor, Maine opts to focus more on the hypocritical nature of Alice’s advisors. That also felt too easy and Alice’s randomly catching her counselors in various sex acts was often overly convenient.

The film’s standout scene features Alice going to a lesbian bar and having an earnest conversation with Catholic convert Gina (Susan Blackwell) about the strict standards of Catholic life. This feels like the most authentic and honest scene in the film and it’s too bad Maine didn’t want to go further in that regard if she didn’t want to emphasize the humor. 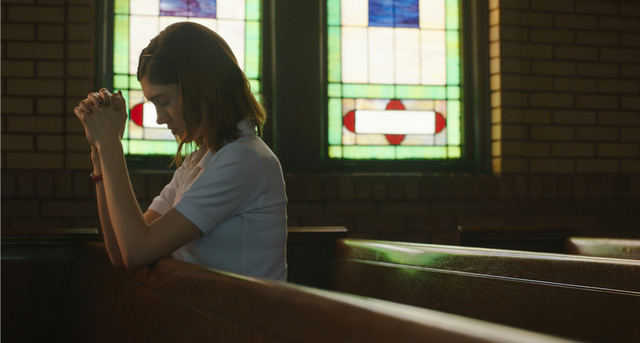 Much like Alice, too often it felt like Maine held back from the more comedic opportunities. There’s some scenes ripe for Maine to lean in to the humor and instead, she lets the moments fly by. As a result even at 78 minutes, the film feels like it’s moving too slowly.

Yes, God, Yes is missing something whether a sharper edge or more wit in showing Alice navigating through this new phase of her life. Like its virginal character this just left me wanting a little more.