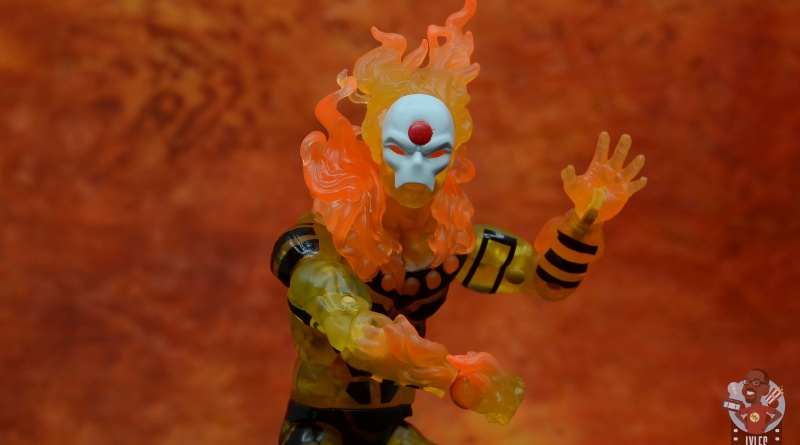 Time to wrap up the Marvel Legends Age of Apocalypse wave with Sunfire. This storyline was so cool in large part due to the terrific redesigns of familiar X-Men. Few had a more dramatic and awesome makeover than Sunfire.  Let’s see if this guy is ready to heat up my display.

Packaging:  I like the extra unifying element of this wave with the art from David Nakayama and the image of the figure on the back. His bio easily could be used for his regular version as well. I wish there was even a basic Age of Apocalypse write up to explain the story to some degree. 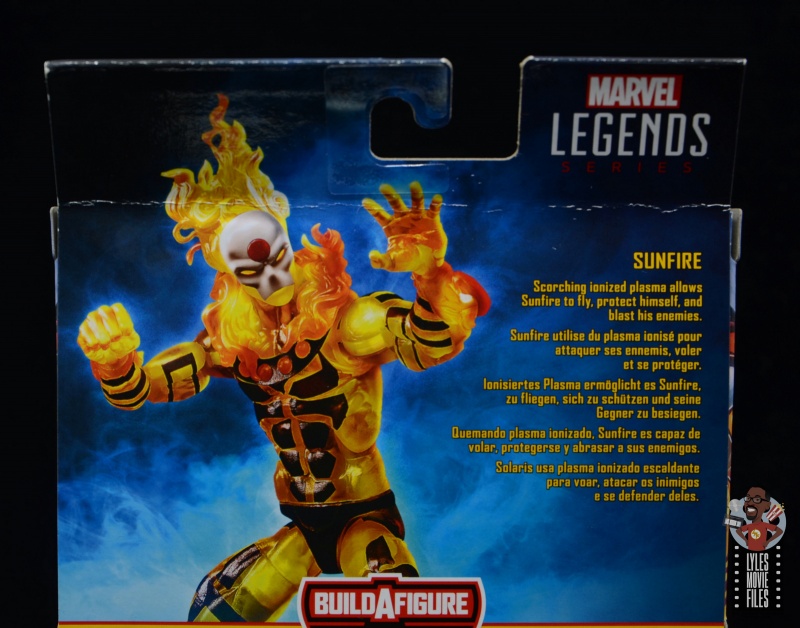 Likeness:  Sunfire was a lanky, slender character with the bulk of his unique design coming from his half mask and Ghost Rider-like engulfed head and shoulders. 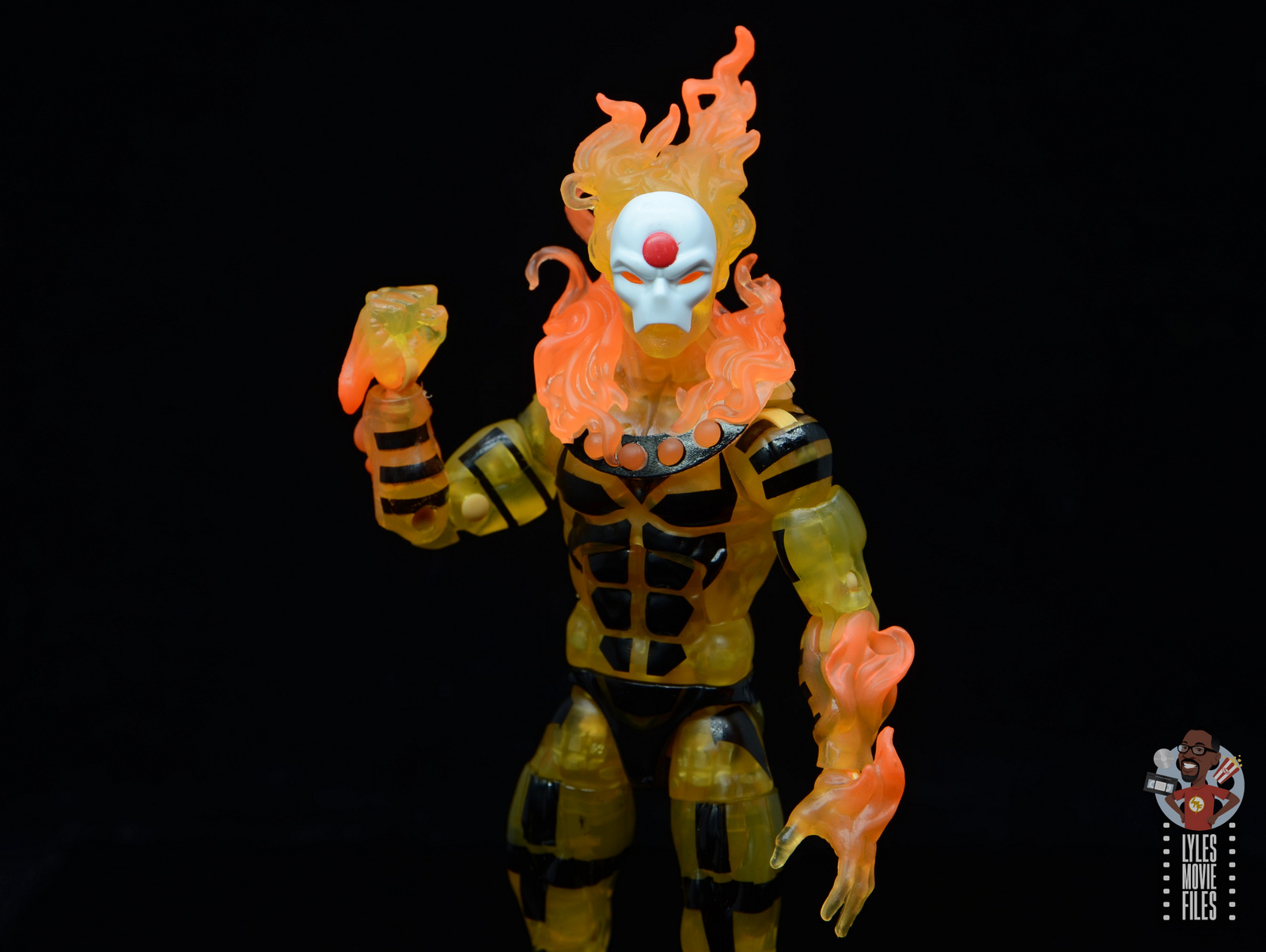 I think he’s a direct reuse of the Sunfire body with the exception of the head naturally and at least the forearms from the Human Torch figure. 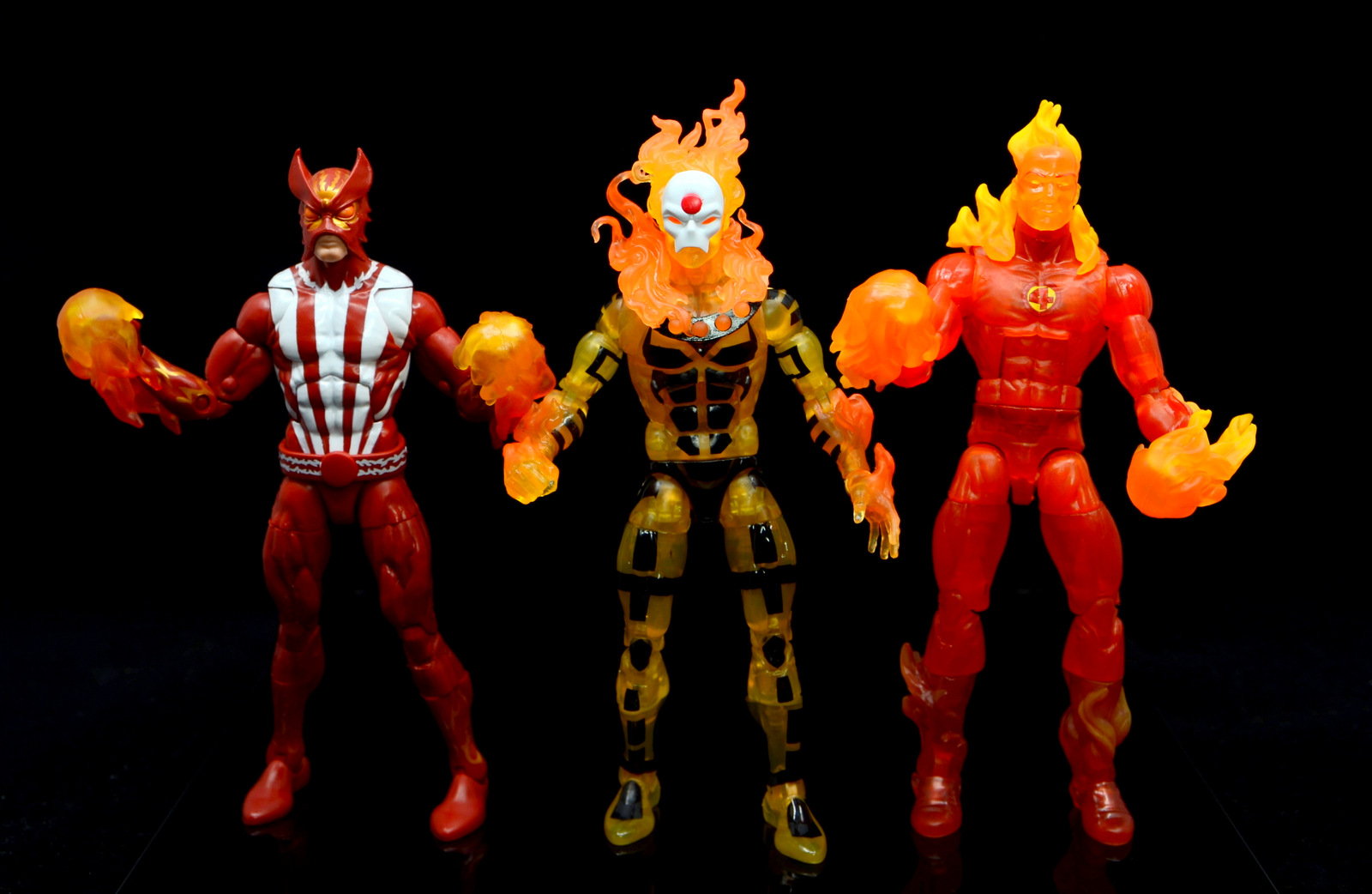 Paint:  Sunfire’s scheme is very crisp….hmm, clean. The black designs pop really well against the translucent yellow. There’s some good orange shading around the flame effects and the face mask‘s stark white is relatively clean with just a bit of the red circle bleeding over.

Scale:  Sunfire is standard height with a little boost thanks to his flames. 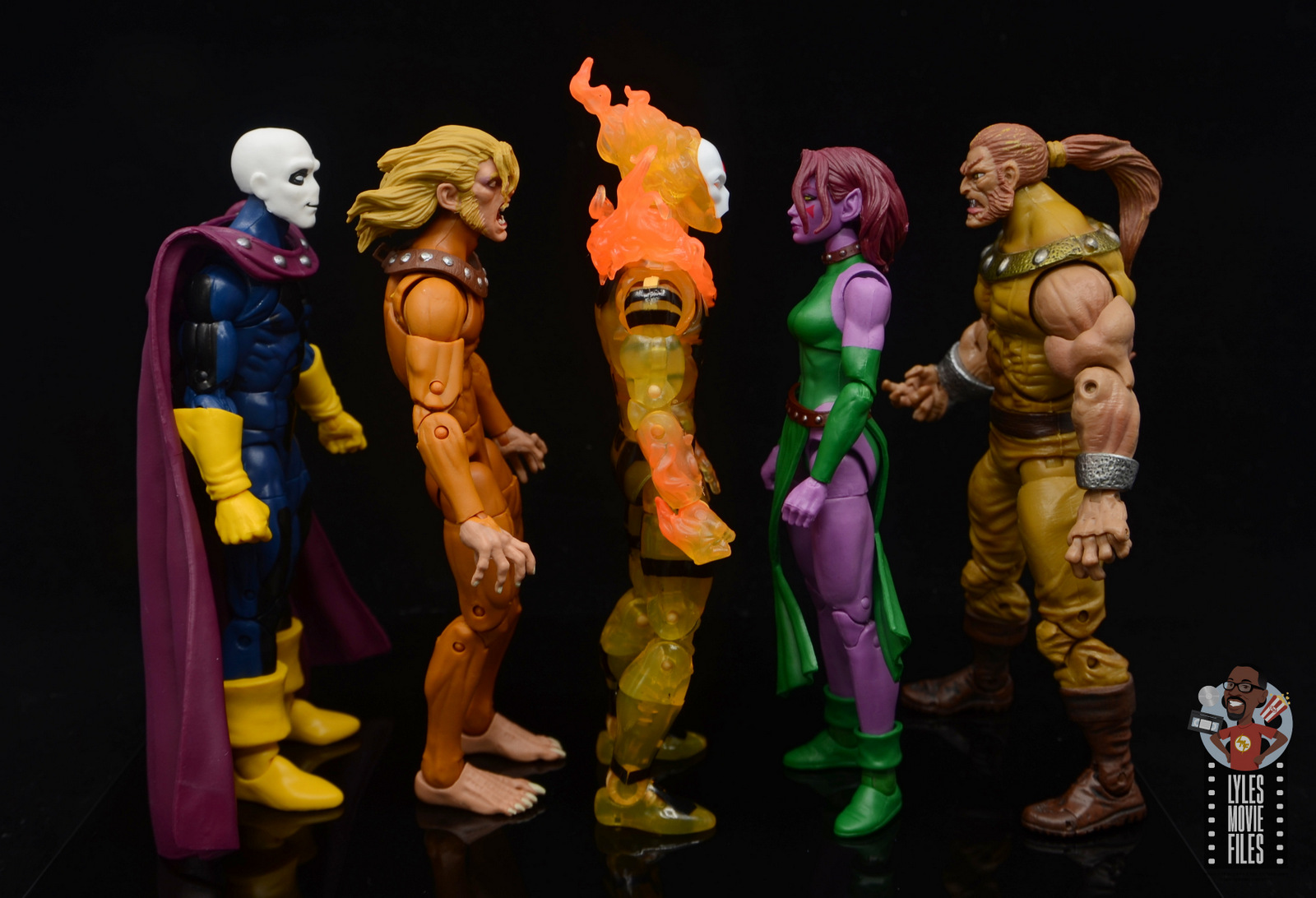 Articulation:  Sunfire needs to be able to hit effective flying and aiming poses, both of which are easy to knock out with this articulation scheme. His lankiness adds to that movement. 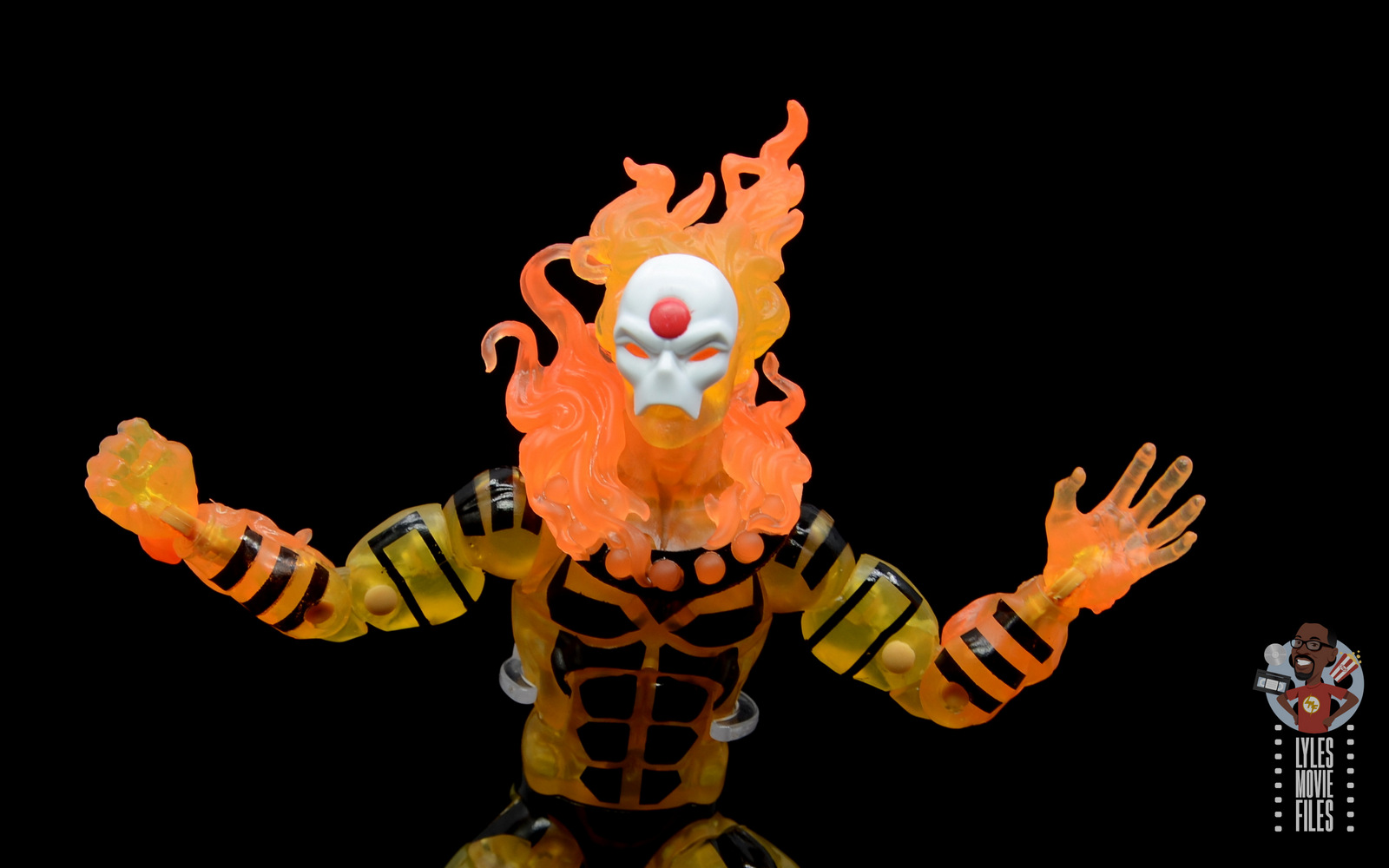 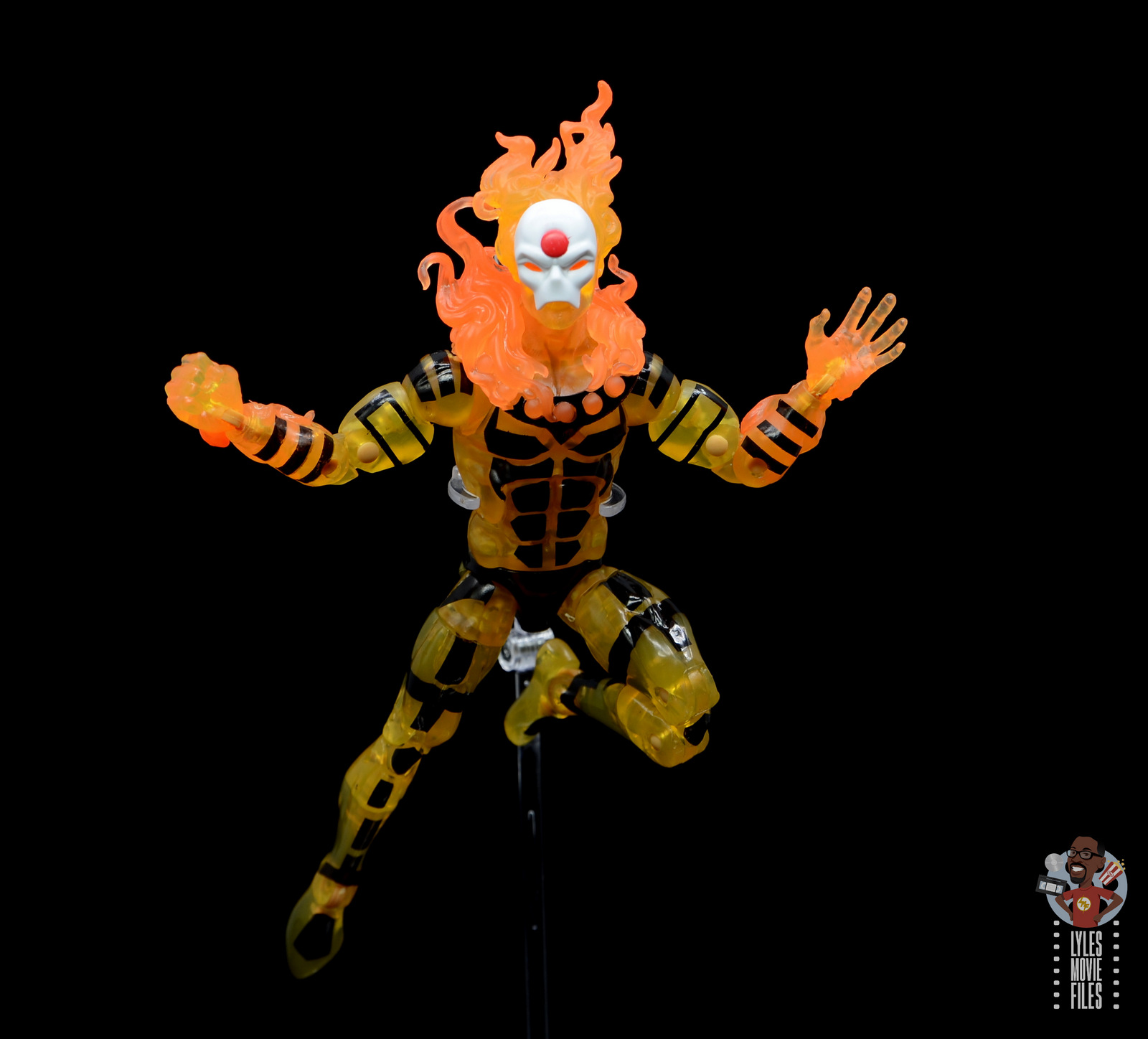 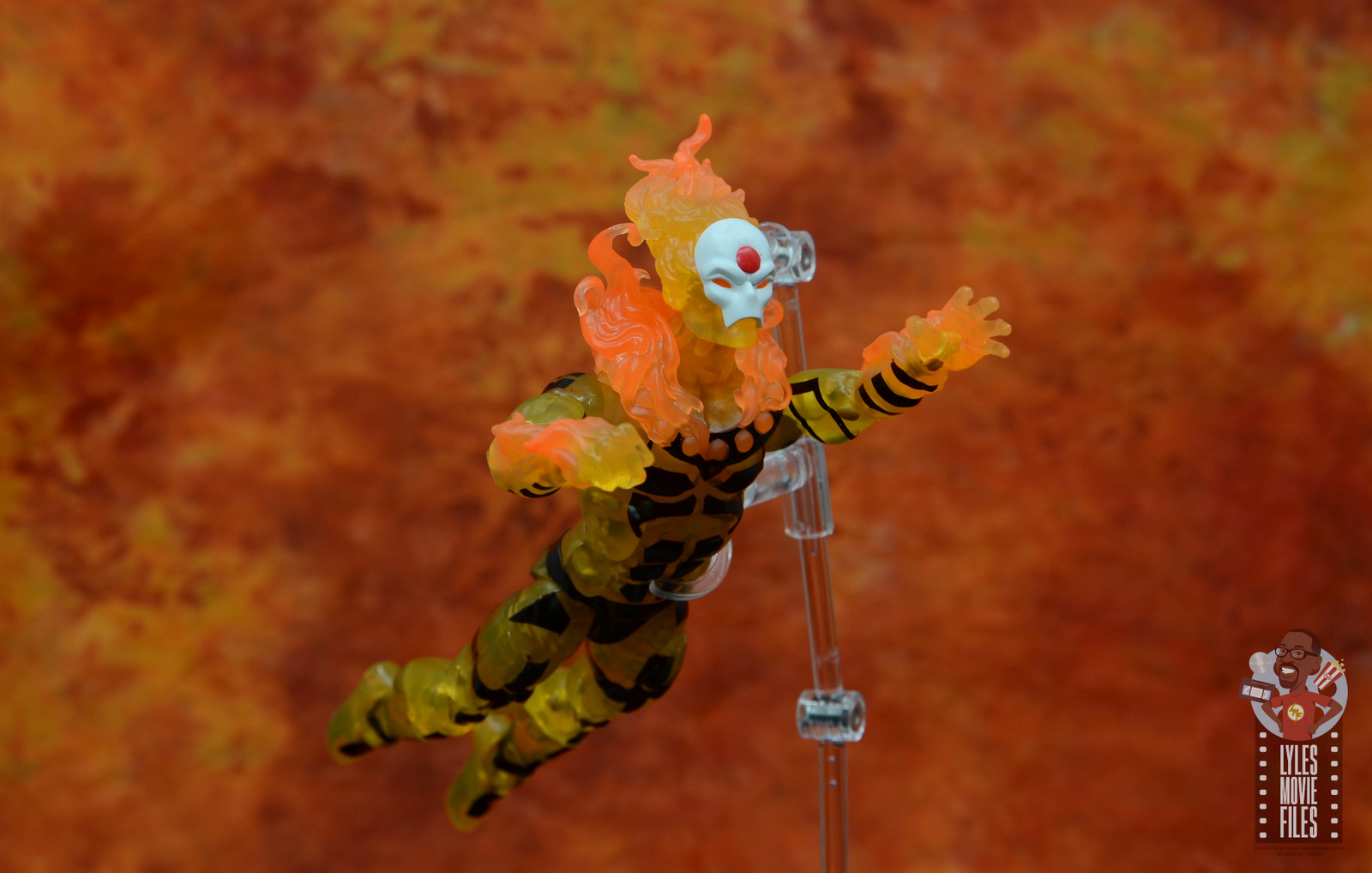 Accessories:  Most of the figures in this wave have lacked accessories even though the flame balls from the Human Torch would have made a lot of sense. He does come with the other pair of arms for the Build-A-Figure Sugar Man. 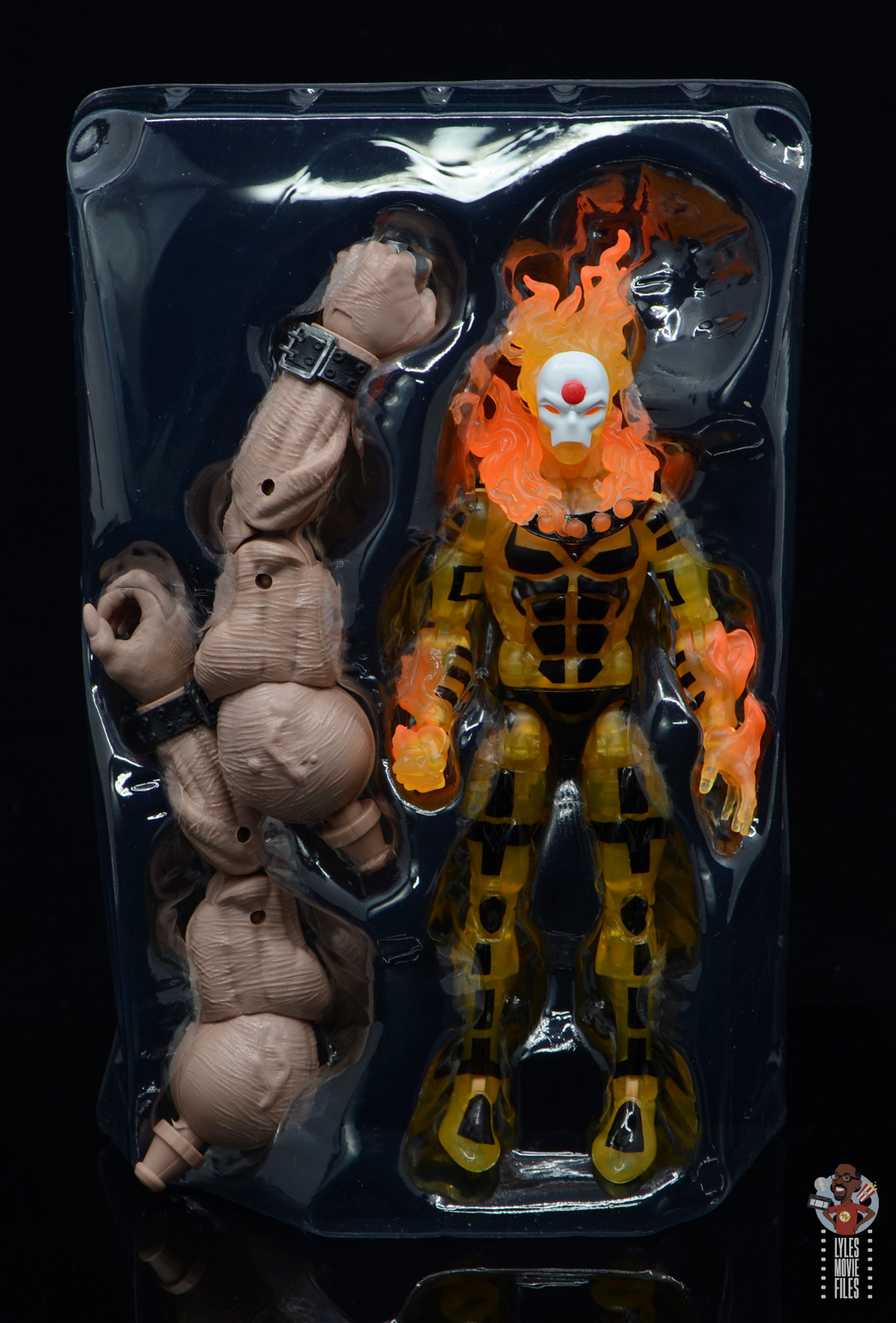 Worth it?  For whatever reason, this wave got the rare bumped up price on Amazon so he’s $21.99 instead of $20. This is an improvement over the earlier version and is well worth grabbing. 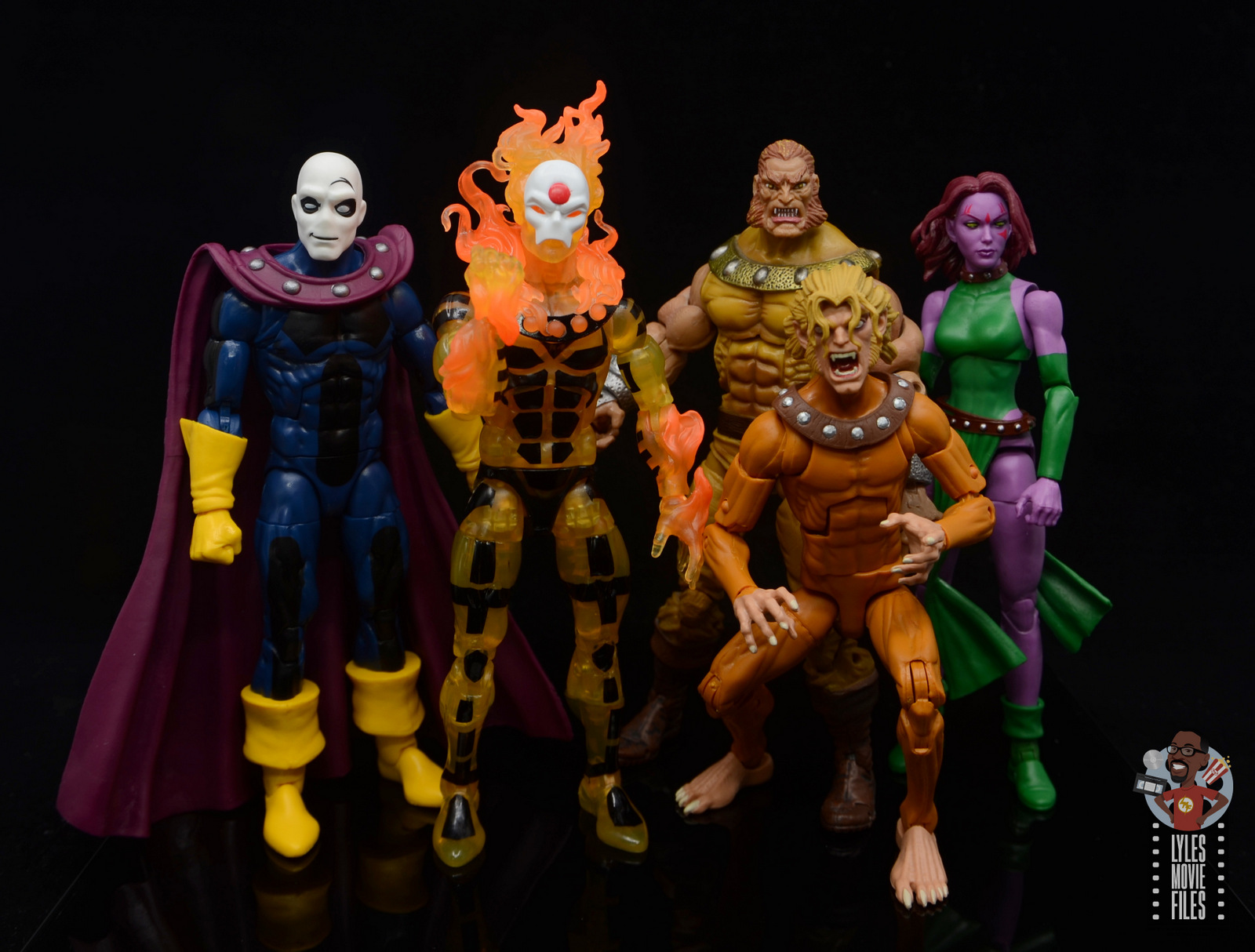 Where to get it?  I’ve read reports of collectors finding it at Target and Wal-Marts. For now the better option is probably getting Sunfire from Entertainment Earth or Amazon.