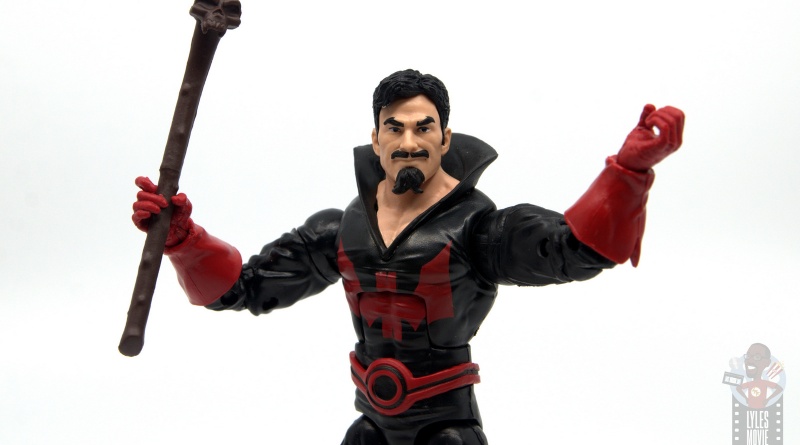 I always think it’s cool when bad guys are pals. That’s why Flash’s Rogues are some of my favorite villains. There is honor among some thieves and one of Marvel’s best examples is the longtime friendship/partnership of Juggernaut and Black Tom Cassidy.

It doesn’t hurt that my introduction to Black Tom was when I was devouring every Classic X-Men issue I could get my hands on. This was before omnibuses made collecting easier and I was learning about the history of the team pre-Mutant Massacre. Black Tom and Juggernaut made quite the impression in the early days of the Phoenix Saga as they beat a Cyclops-less X-Men squad. Given that roster, that was pretty impressive. I’ve been impatiently waiting for Hasbro to tackle Black Tom so let’s see if he’ll leave me screaming like his cousin.

Packaging:  Although this is the latest Deadpool wave, like the Age of Apocalypse series,  David Nakayama provides the package artwork. 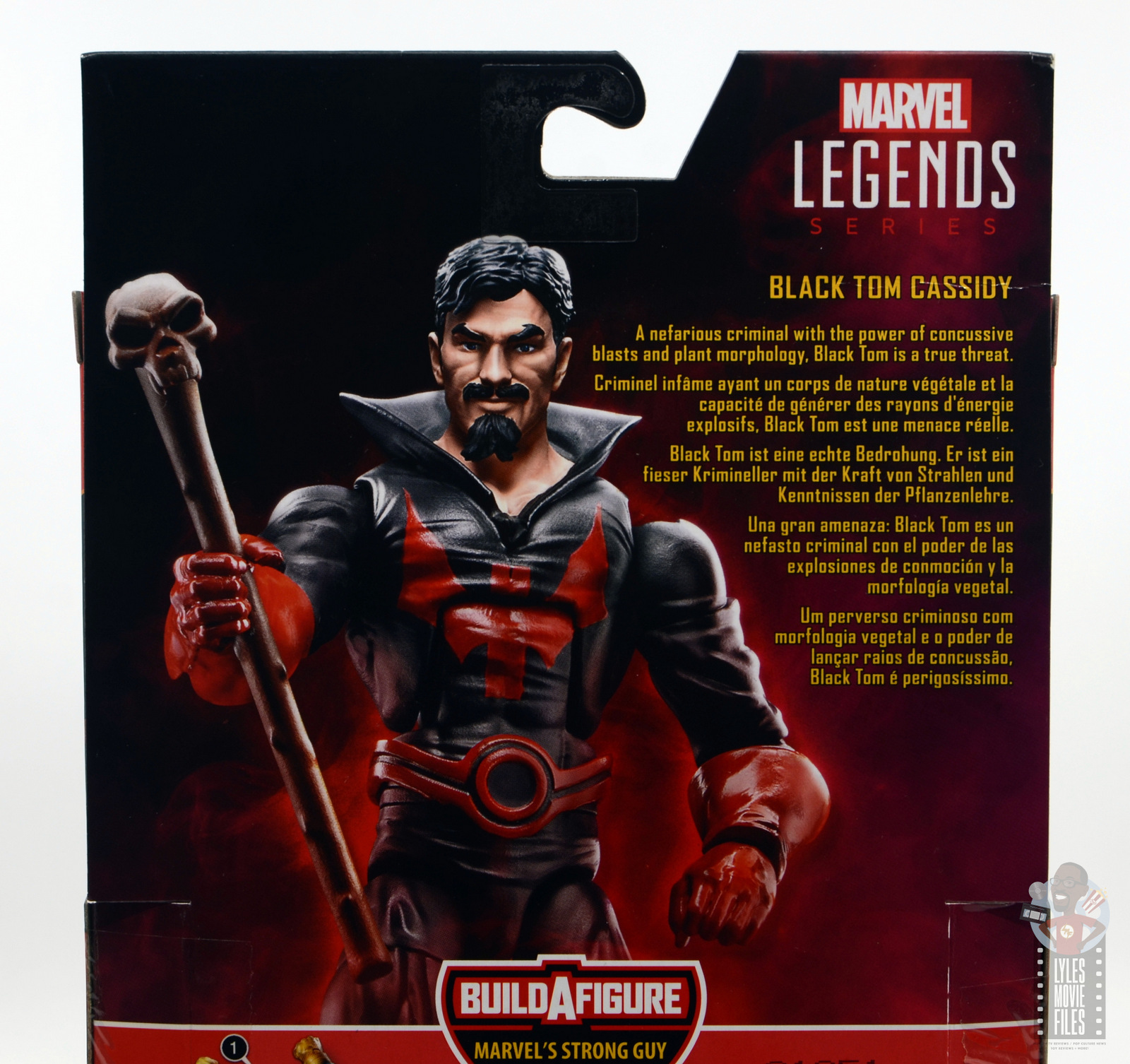 Nakayama has the right idea with his take on Black Tom giving him a maniacal glare like he’s discovered a new scheme and potential payday for him and his big backup. The bio mentions Black Tom’s classic powers as well as his time as a partial plant creature. I’m glad Hasbro went with a relatively classic version of ‘ol Tom.

Likeness:  Like most characters, I’m partial to them looking how they look when I was first introduced to the character. For the most part, Black Tom’s look hasn’t changed too much besides that plant era attire. He’s got his signature baggy black outfit with a title-worthy size belt and flared gloves and tall boots. 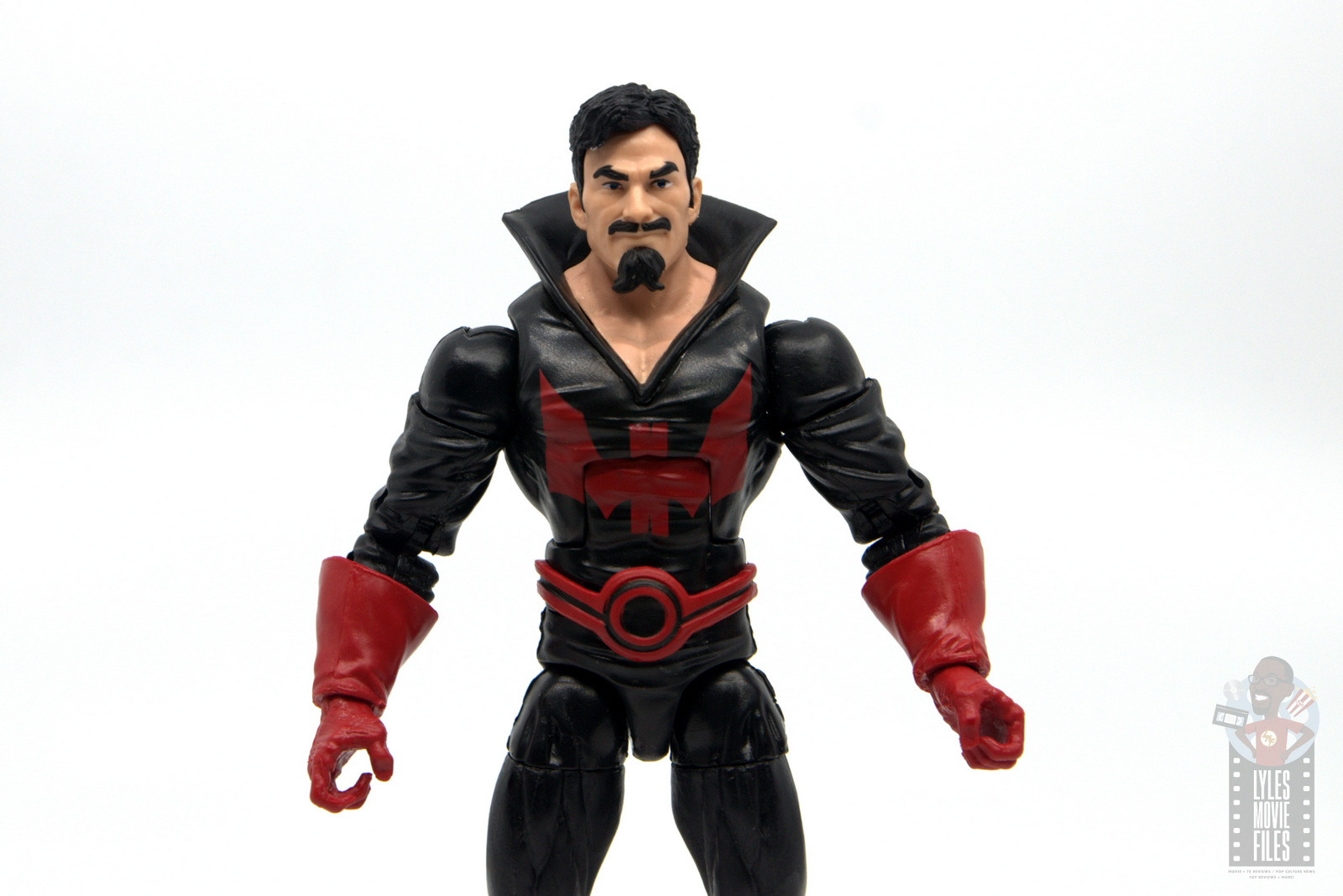 Hasbro basically went with that look although they went with a more modern style for his hair and facial hair. I prefer Dave Cockrum’s take with a wider, longer style of hair and a fuller beard. It gave him more of a dastardly look.

The modern take has Black Tom looking a bit too suave. It really is throwing the likeness off to me even though I know it’s based on legit comic book appearances. I think it’s because the eyes look too inviting, the expression too calm and lacking that trace of mischievous threat I associate with the character.

Hasbro didn’t take any shortcuts with the belt, which turned out great. His flared gloves look great although I’m not sure why Hasbro opted for this pointed style of boots. 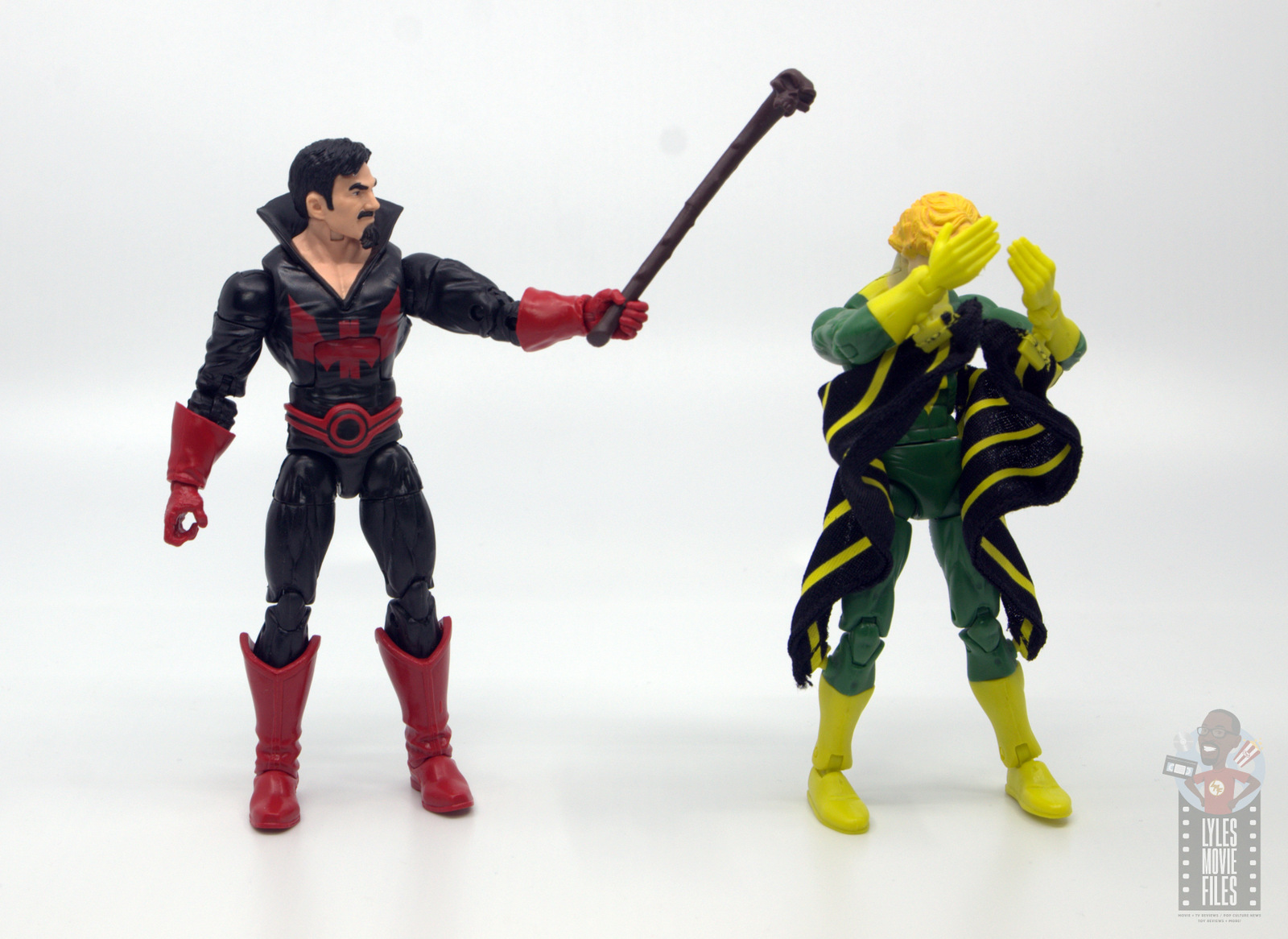 Paint:  I definitely feel a Han Solo Hoth jacket debate here as I’ve always thought Black Tom’s outfit was purple with a lot of black shading. Clearly with the name, for it to be painted black isn’t wrong, but old comic perceptions can be tricky to shake.

Over the years Tom’s logo has evolved from Cobra insignia size to Evil Horde size. To break up all the black expanding it probably makes sense. While it would have been nice to get that sculpted, it’s painted on. Cockrum designed it with details, but the modern take has it more like a bat. Hasbro’s paintjob here was most important since it’s the only non sculpted element of the reds.

Black Tom’s “title belt” is mostly clean save some missing red around the inner circle. 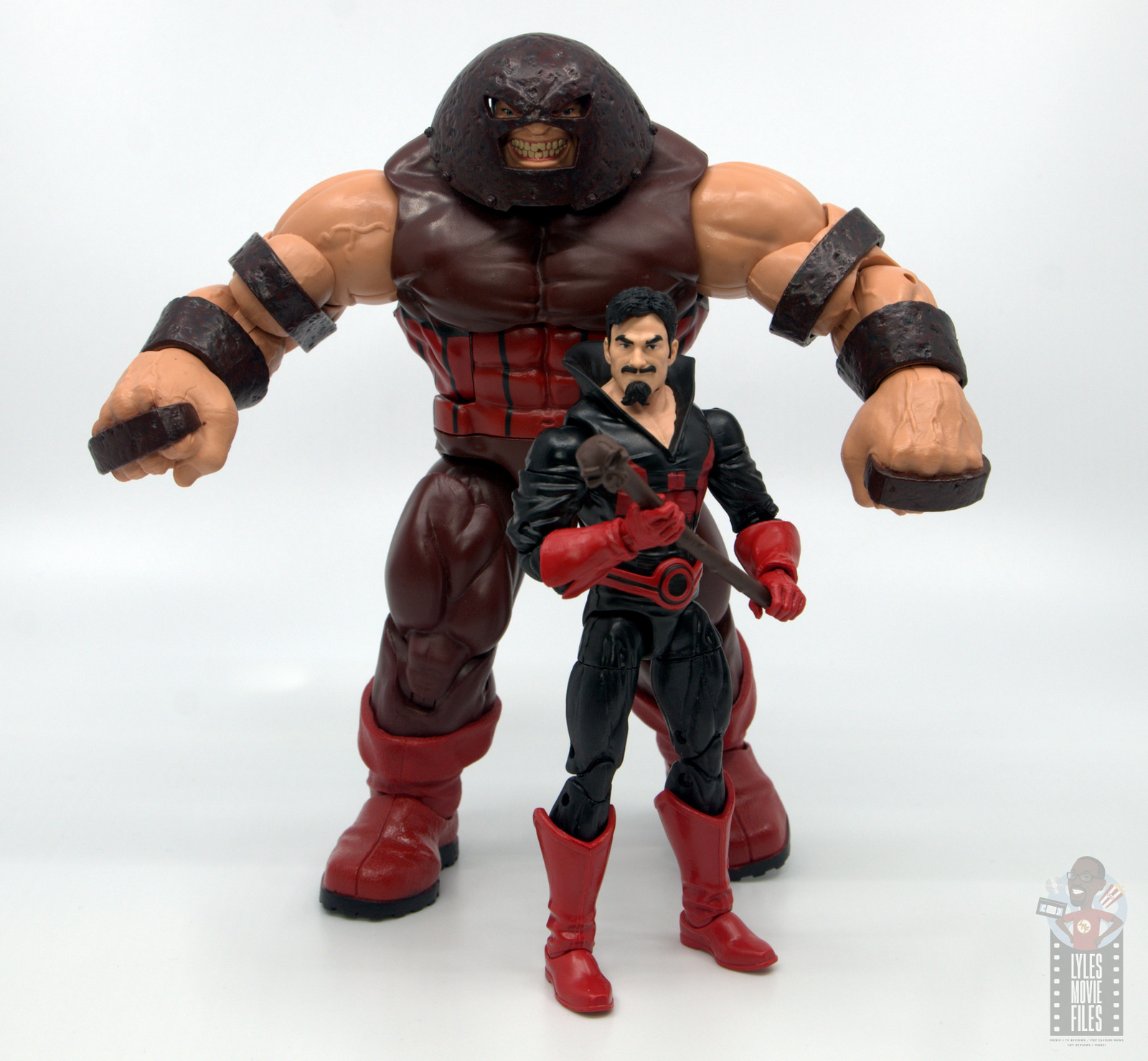 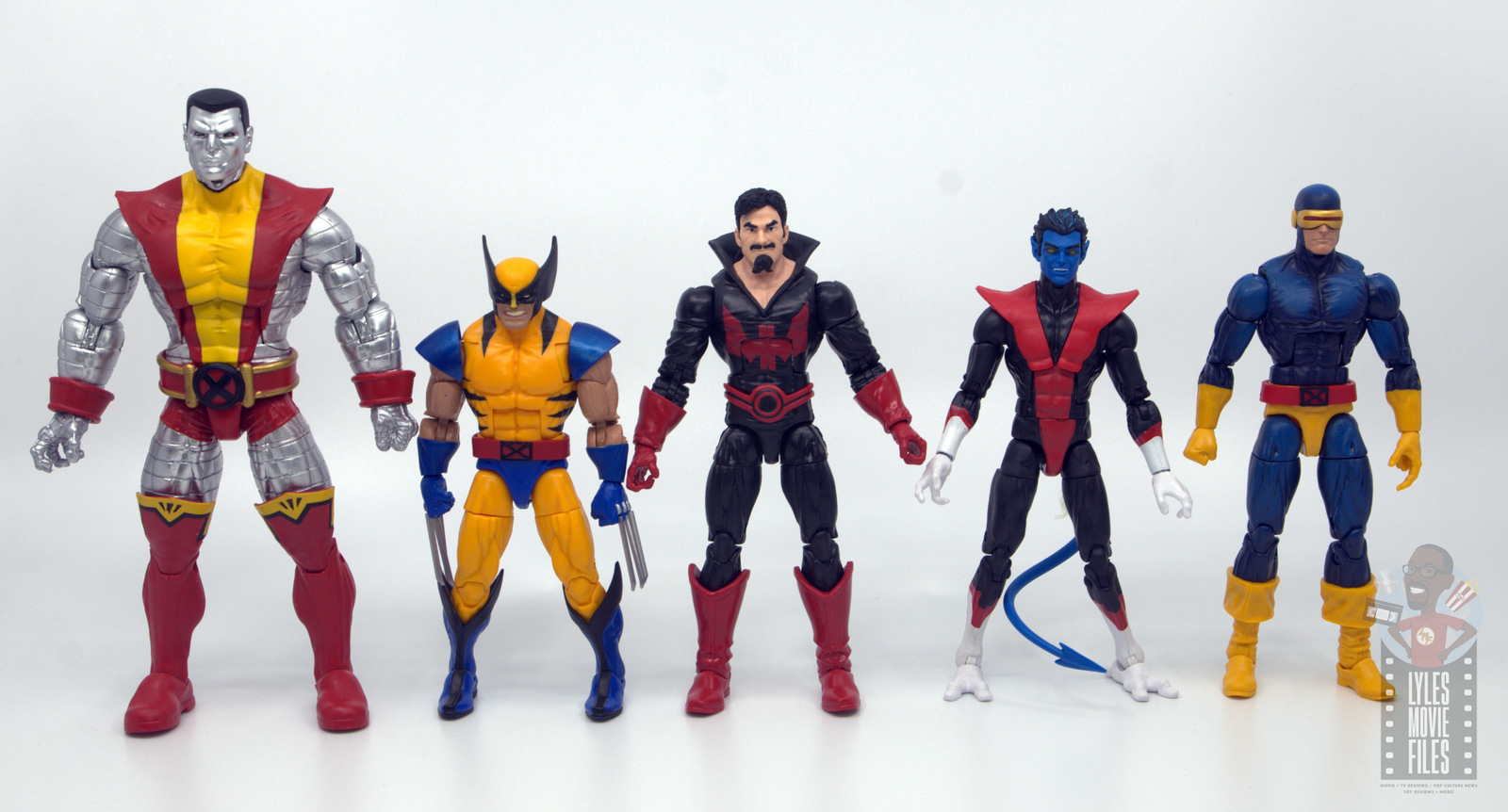 Scale:  I suck at identifying the body use although I think Black Tom is an original sculpt from the waist up.  He should be regular height and eye to eye with Banshee. Here’s a shot of Black Tom with the recently released updated Banshee… 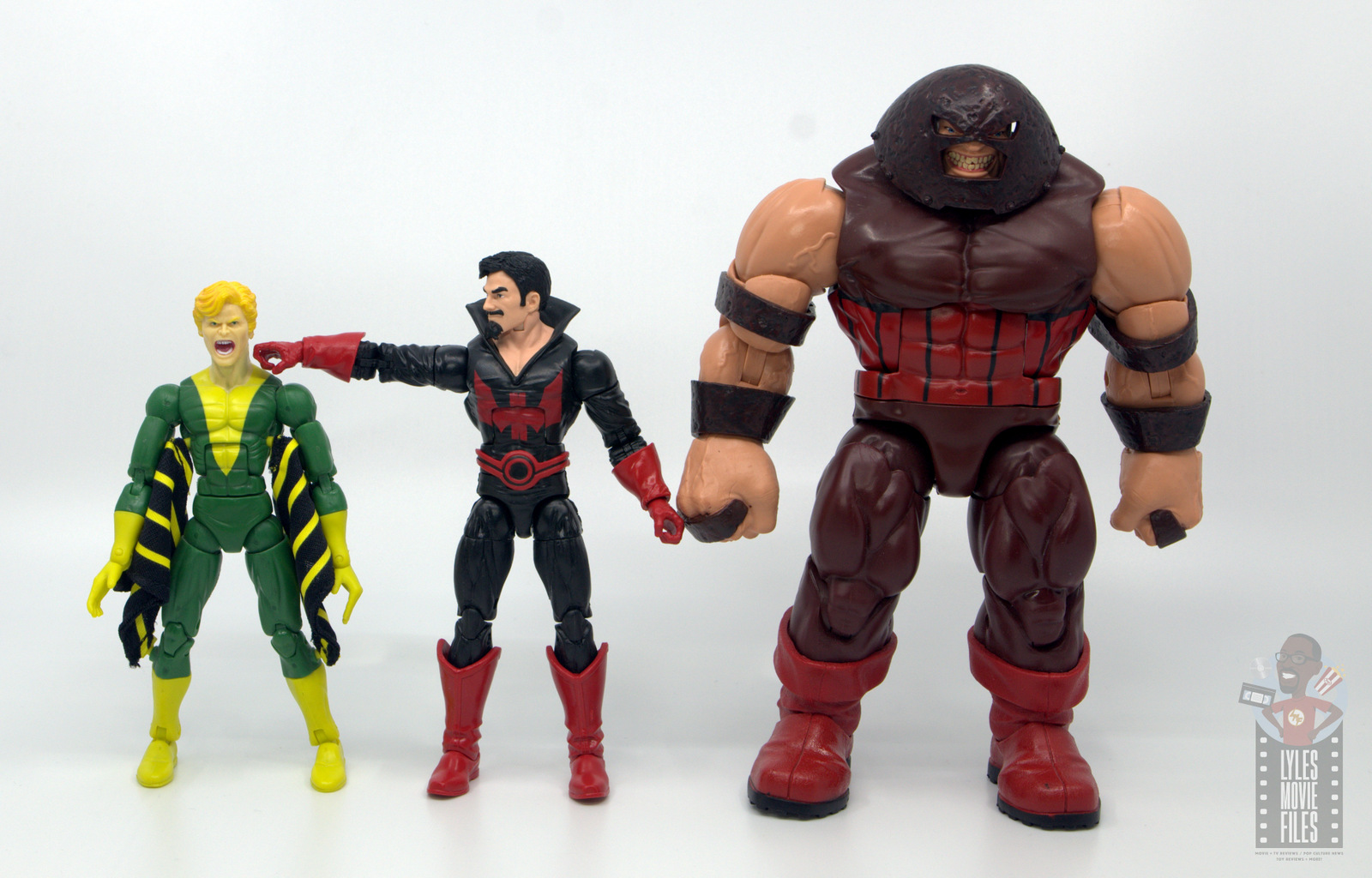 Oh right, let’s get on that Hasbro. 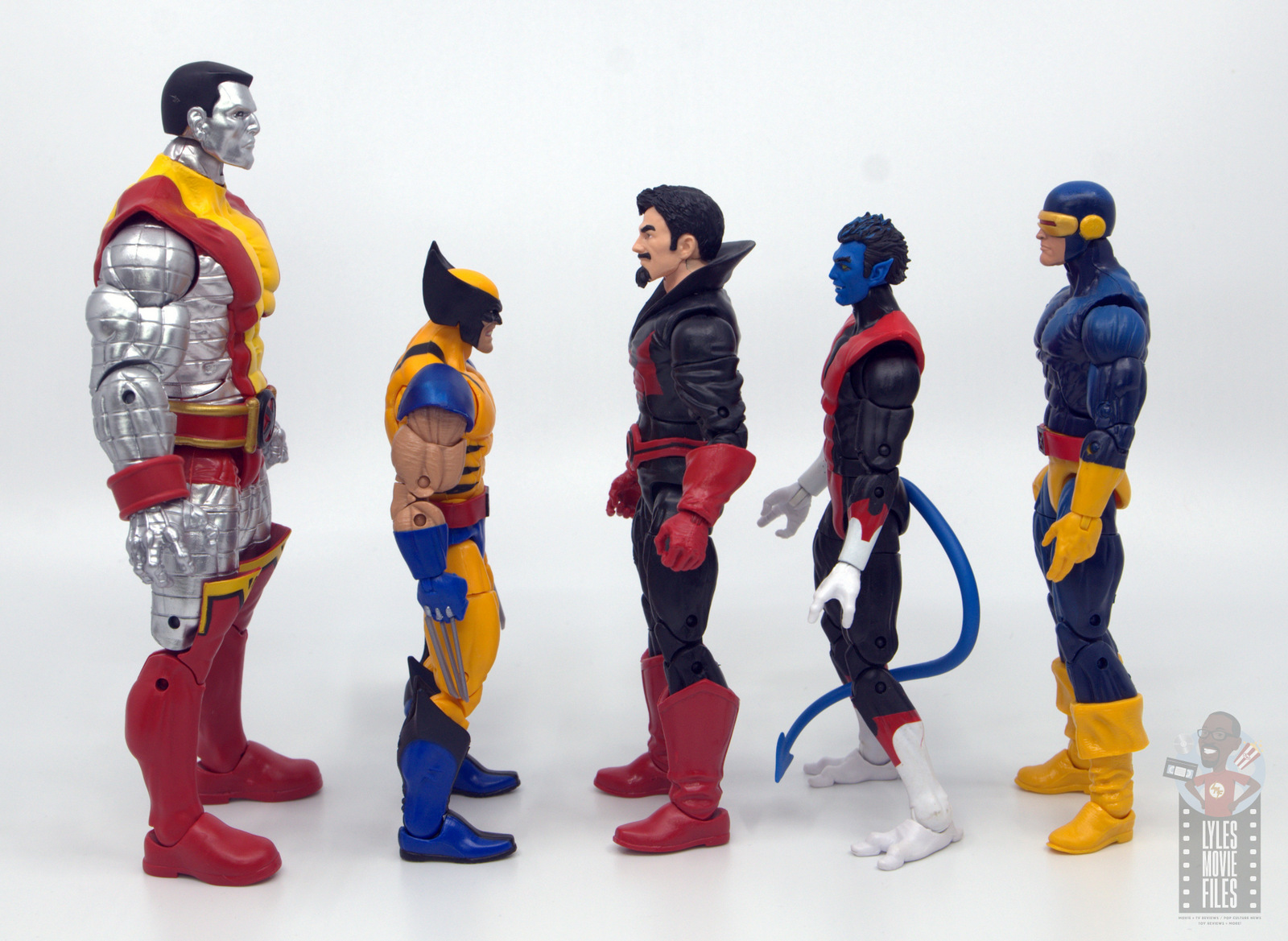 Articulation:  Black Tom needs to be able to aim his staff, which is why it was key Hasbro gave him two gripping hands. The staff is long enough to fit in both hands and of course there’s the option to use as a club to strike down enemies who come too close. 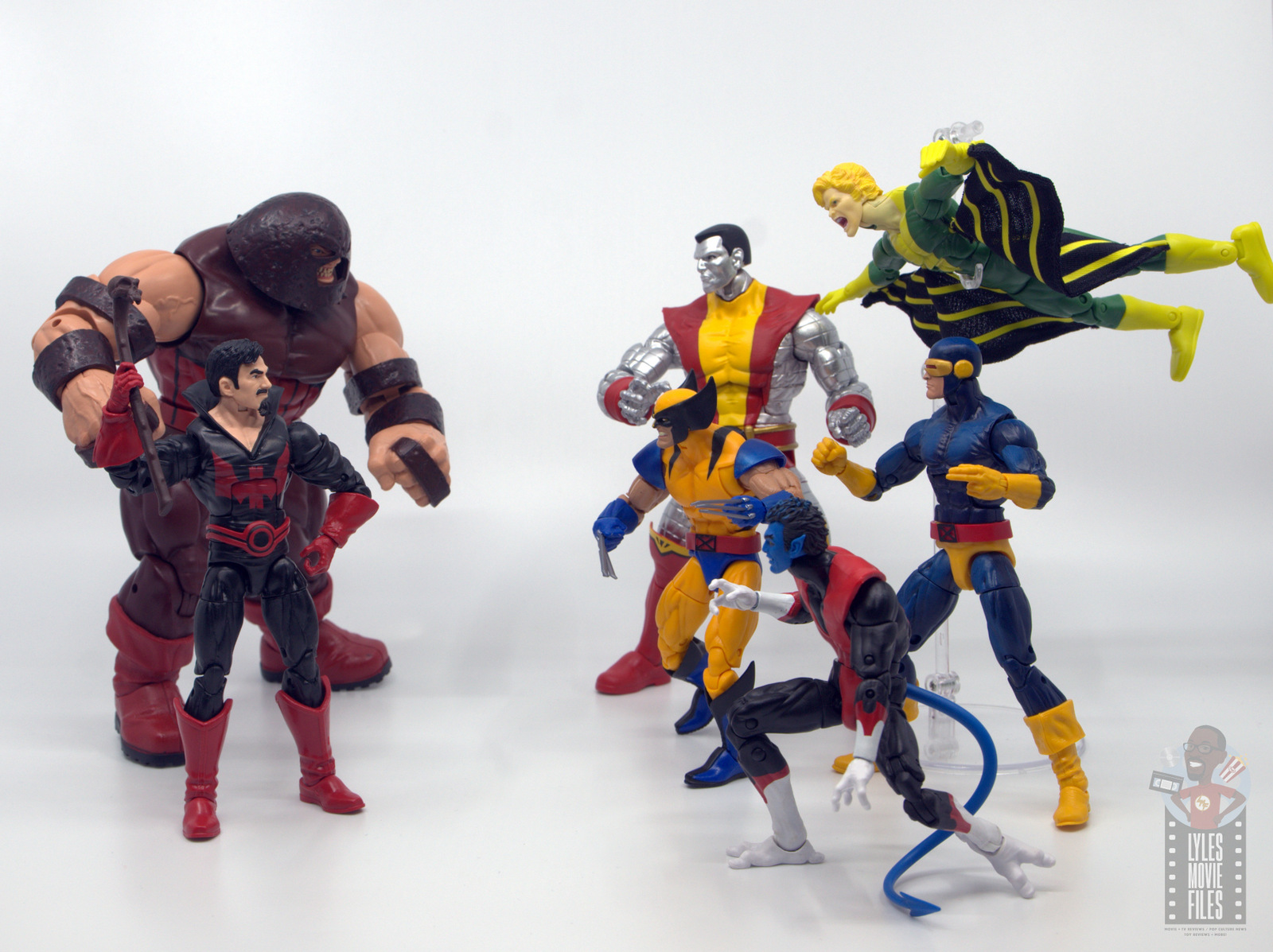 As a ranged fighter, Black Tom can do sink down poses with ease. I kinda wish he had a pointing finger to send Juggernaut after some mutants. 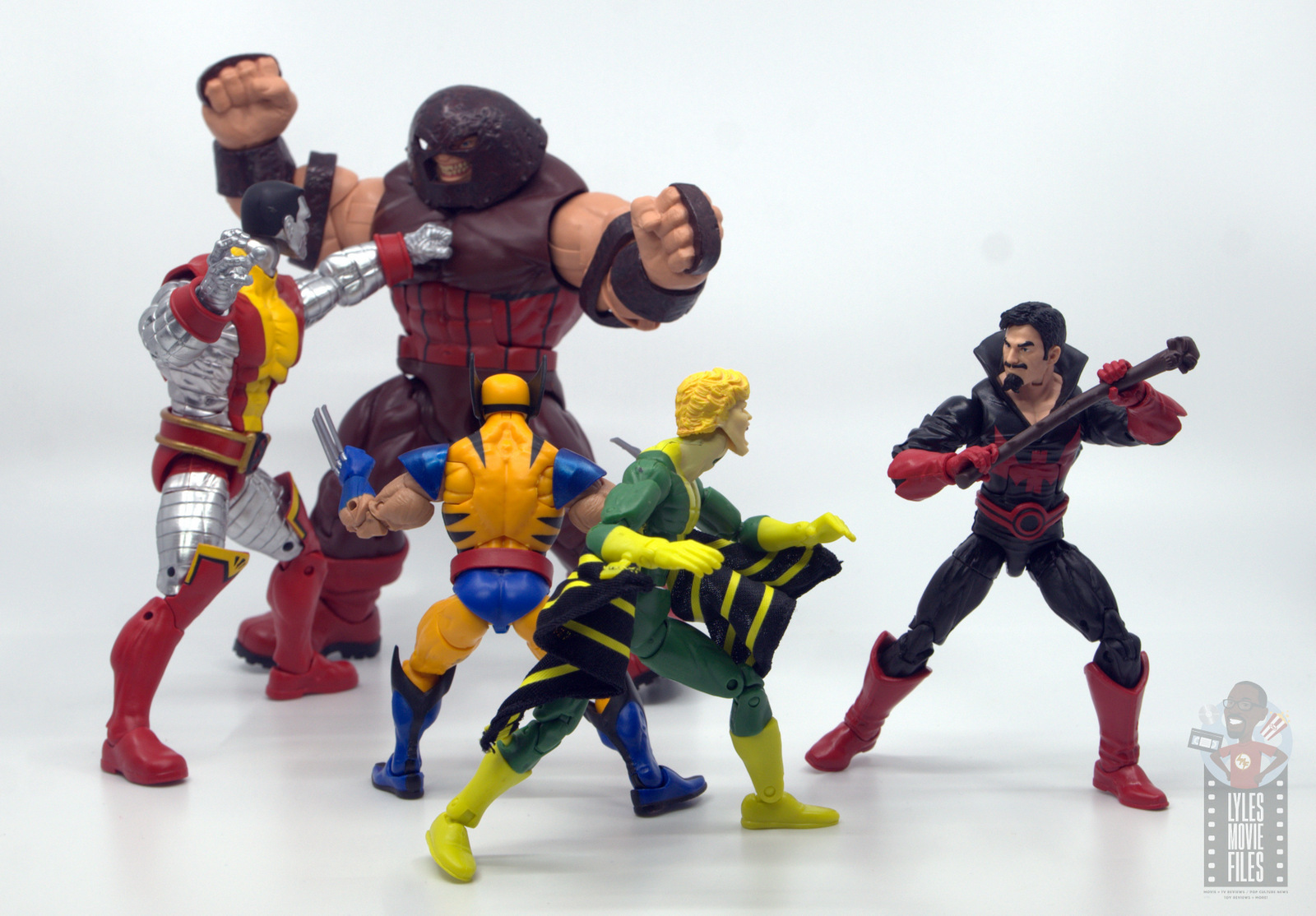 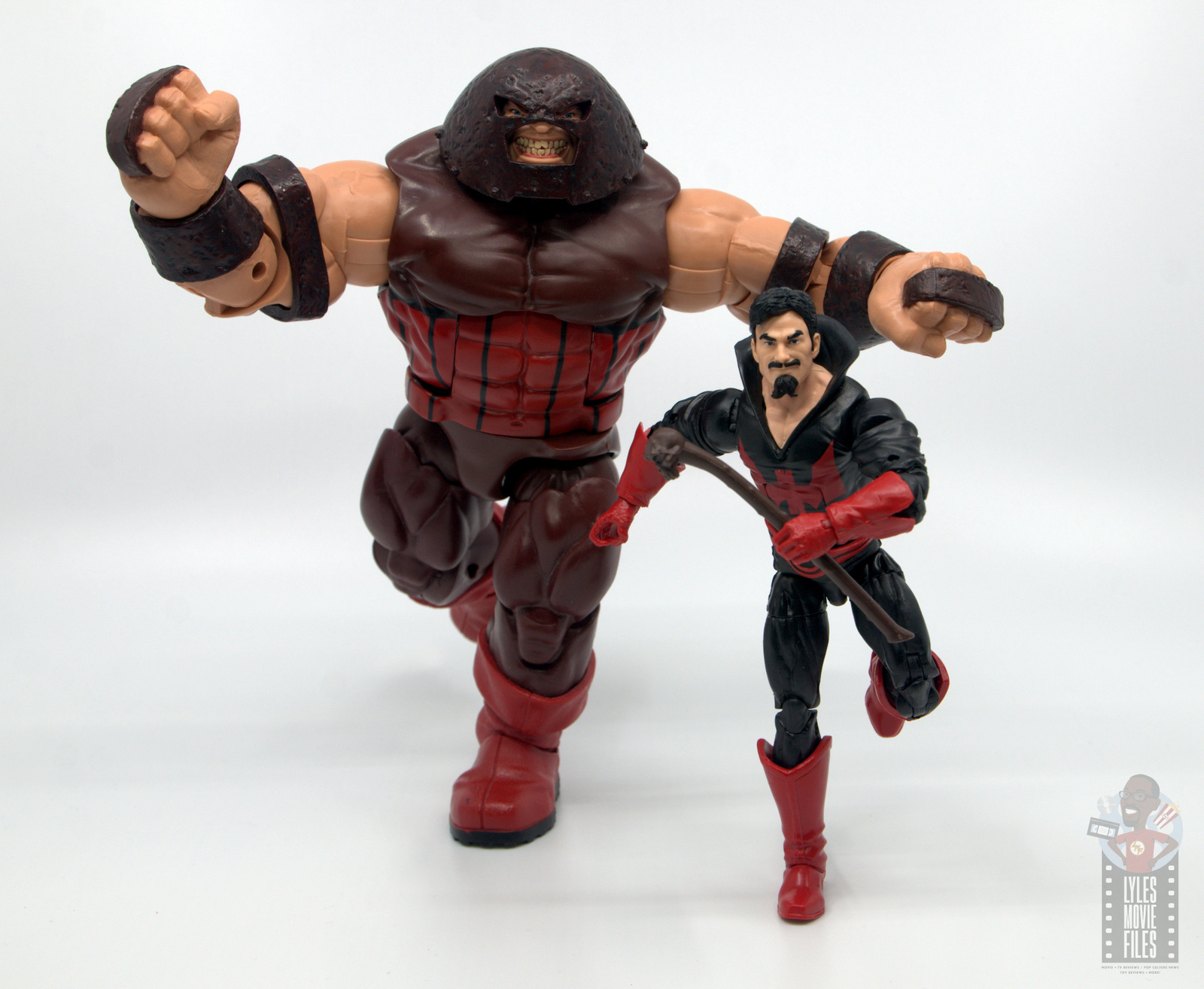 Accessories:  Black Tom only needs one accessory — his staff to channel his power. Cockrum just drew it as a stick, but this version is a bit more sinister with a skull at the crown. It’s got enough sculpted ridges that it shouldn’t slide too easily down his hand. 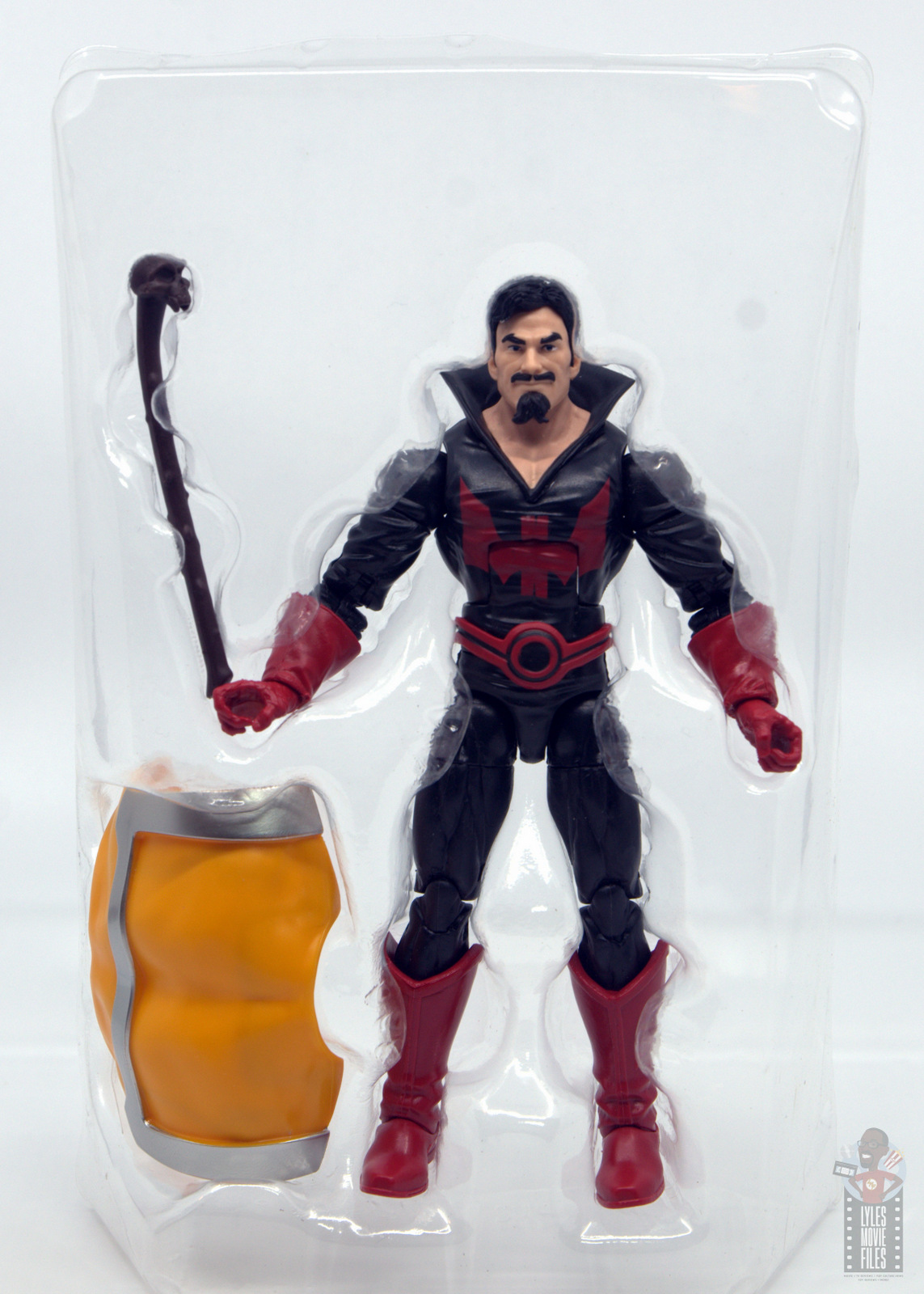 Additionally, Black Tom comes with the back torso for the Build-A-Figure Strong Guy.

Worth it?  Black Tom is the standard $20 price, which is fair for him. If I were betting, I’d think he’d be one that will be cheaper come November or December. 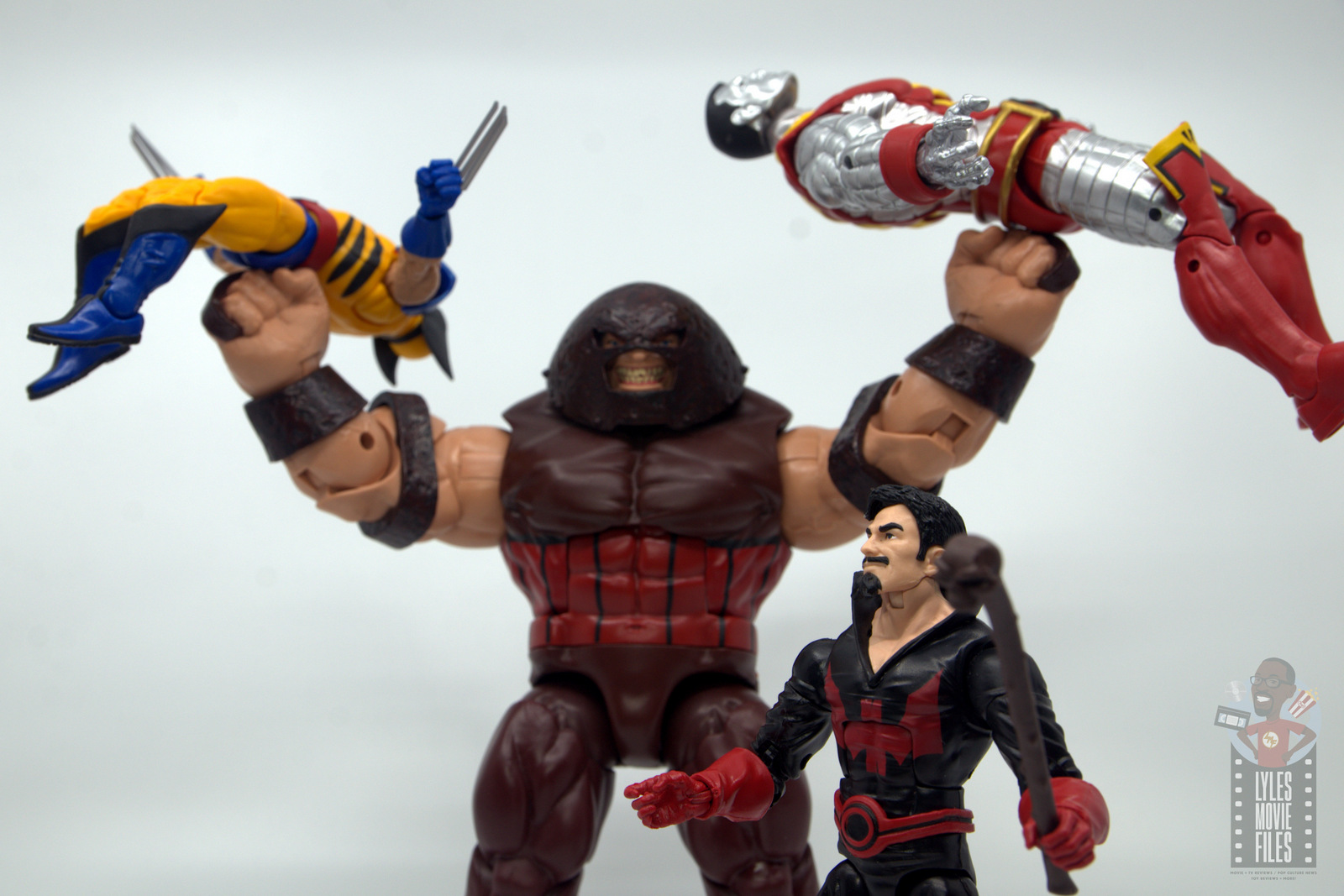 With a better head sculpt, this would warrant a perfect score for me. I don’t care as much about the boots, but there’s something about this softer head sculpt that doesn’t work for me. And it goes without saying — but I will anyway — that his arrival to the line means it’s long past time for an updated classic Banshee. 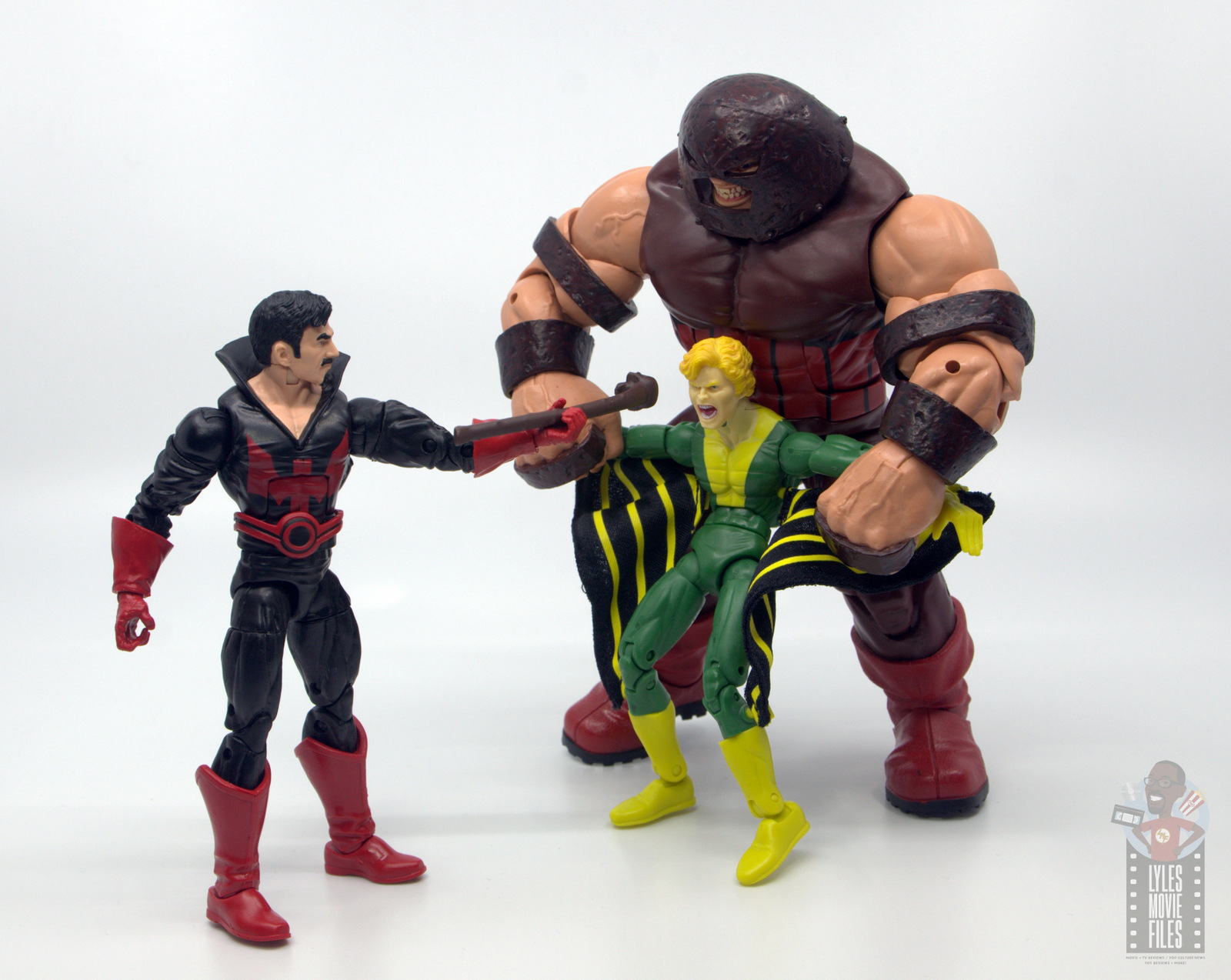 Where to get it?  Collectors are finding the wave at Target, but I got him from their website. Hasbro Pulse, Entertainment Earth and Amazon still have him slated for an October release so if you don’t want to wait that’s your best option.