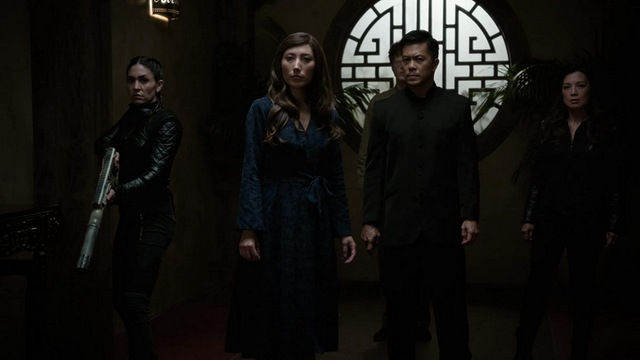 After, Before was a weird episode in that it allowed for some character development and had a well-timed return of characters from earlier seasons, but it never managed to reach the next level this late in the season. This wasn’t exactly a filler episode yet the story needed to advance further.

Time is exactly the issue here as the Zephyr keeps jumping ahead in nearly month-long increments. There is a hack for it if someone could move quickly enough without having the portal drive disintegrate them. If only SHIELD had someone that could move at super speed… 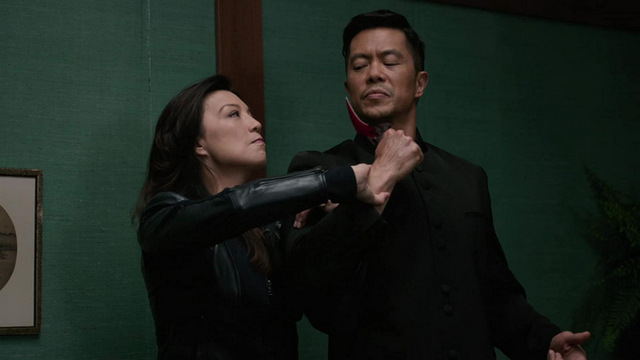 Elena is still not sure why her powers are on the fritz and since they’re in 1983, Daisy suggests going to see her mother, Jiaying (Dichen Lachman) for help restoring them. After all, Jiaying may hate humans eventually, but she’s always down to help her fellow Inhumans. May joins Elena just in time to see Jiaying’s right hand man Li (Byron Mann, Altered Carbon) trying to stop a girl Kora (Dianne Doan) from leaving.

Jiaying does try to help Elena, but it’s all in her head. I didn’t quite buy that this was tied in to Elena not managing to forgive herself for her “role” in her uncle getting gunned down by a thief. There’s been plenty of opportunities for her to freeze up since she’s been on the show and it just seemed completely random.

Elena can’t worry about it long as Nathaniel Malick has arrived to (literally) stir up some mess. Kora’s powers have been so out of whack that some of her fellow Inhumans don’t think she’s worth keeping alive if it means the destruction of their home. 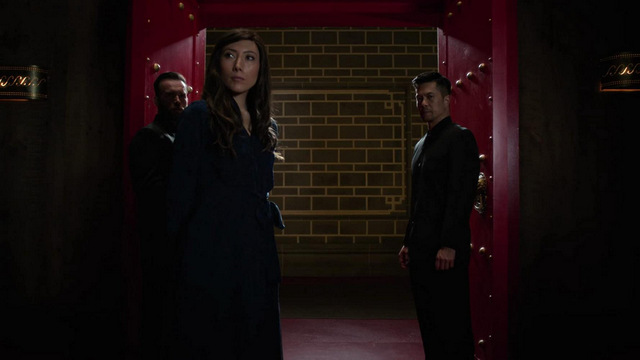 Jiaying wouldn’t let her daughter (soooooo Daisy, you have a sister) get killed, but Nathaniel’s encouragement for her to just cut loose is all the incentive Kora needs to sign up. That also seemed a little weak or maybe it’s because I don’t buy Nathaniel as a credible villain. Is he worse than the Chronicoms? The verdict is still out.

Nathaniel arrived not so much to save Kora, but to nab more Inhumans and mine them of their powers. It’s really hard to see why Kora would be so willing to go along with this guy who wants to steal her people’s birthright simply because he wants it. I mean that’s on brand for the Malick family based on their upbringing and Hydra alliance, but I wonder if AOS writers actually intended to make a historical statement here? 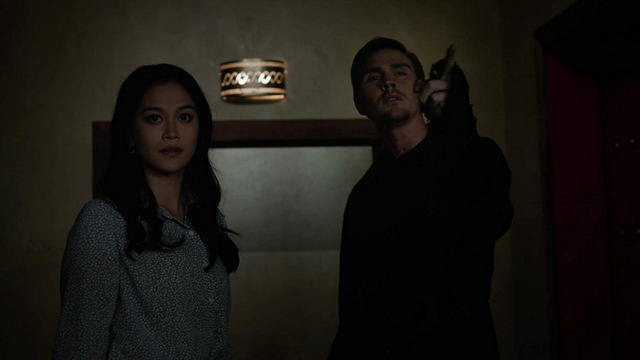 Elena does get her mojo back while overcoming her own self-imposed restrictions as she realizes she doesn’t have to bounce back in using her powers. Hooray for unimpeded super speed! Unfortunately, that doesn’t seem to have fixed anything and the Zephyr is still blinking in and out of time. Can we cue up Huey Lewis and The News somebody?

After, Before slowly progressed the main storyline to help Elena get back on track, but the episode lacked any kind of urgency as we wind down to the home stretch of the series.