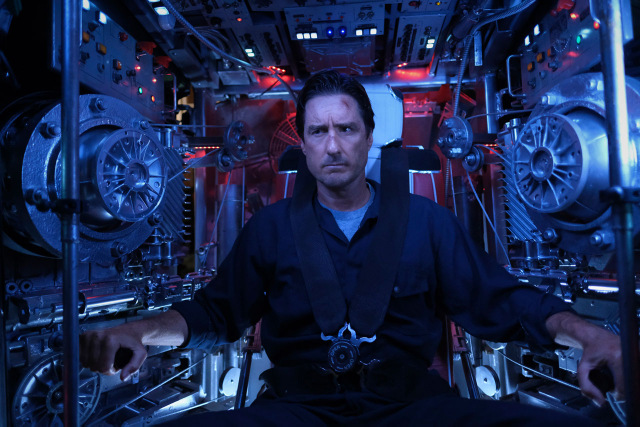 After watching the penultimate episode of this season, I don’t want to see any excuses as to why DC can’t create consistently great movies and TV shows ever again. Stars and S.T.R.I.P.E. retained the best aspects of the series so far while putting the cards on the table for everyone. No more secrets leading to a tremendously refreshing and exhilarating episode.

Things get off to an explosive start as The Sportsmaster and Tigress go after Pat and Courtney respectively. Courtney’s at home helping Barb pack for their extended stay at at a cabin in the woods. 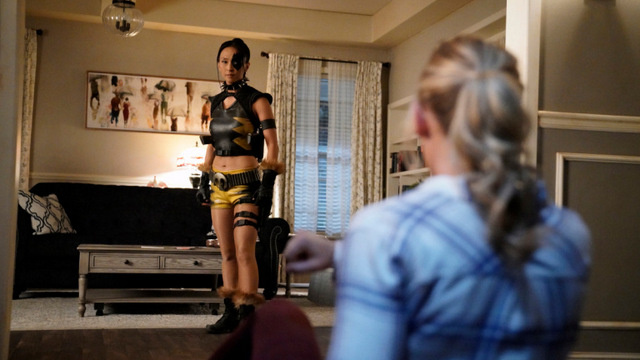 Barb wasn’t the typical helpless damsel in distress, but also was in no way a match for Tigress allowing her to check out Courtney’s skills with the staff. I liked this as it allowed Barb to be a proud mother watching her daughter kick some super villain tail. And that’s way better than season after season of her fretting over how dangerous every situation is for her little girl.

Pat (and Mike) had to tangle with Sportsmaster, who happily taunted Pat as he beat him down. Mike made the save with a drill (hardcore Mike!). After blowing off Pat for most of the season, Mike was impressed that his pops could actually design something as cool as S.T.R.I.P.E. It is a pretty cool robot. 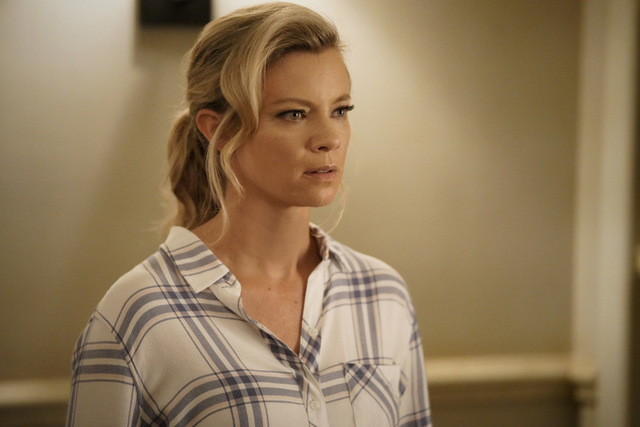 Thankfully, Pat and Courtney assembled the entire JSA to the cabin although I suppose Beth and Yolanda just stopped caring about their parents now…? Even Sir Justin makes the road trip and he was the most considerate of the bunch as he stopped to get a couple of buckets of KFC. Geesh, Pat at least you could have ordered up a few pizzas.

I’m baffled how hard Rick was studying trying to crack his father’s code if he didn’t account for the numbers referring to his car. Poor Yolanda didn’t get much to do this episode besides mope for Henry. 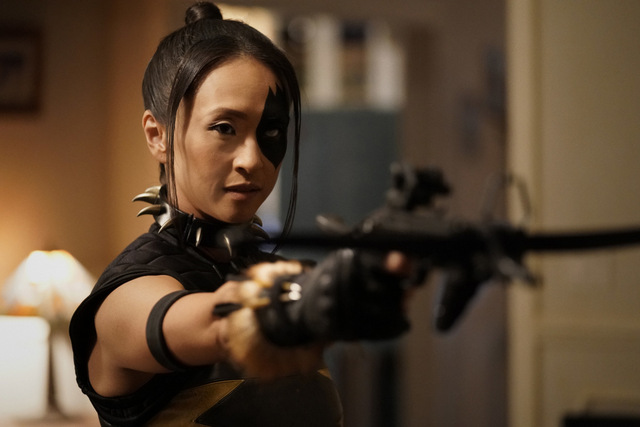 Jordan isn’t thrilled with Sportsmaster and Tigress botching the assassination of the Dugan crew and sends Principal Bowin to supervise them. Unfortunately, they’re not thrilled about her take on their parenting and Tigress kills her. Parent/teacher conferences with these two must have been really intense. Good thing Bowin was able to impart some villainous advice onto her son, Isaac (Max Frantz) before she got killed. Isaac probably won’t join up with the JSA, but I wonder if he’ll come gunning for Tigress and Sportsmaster next season? 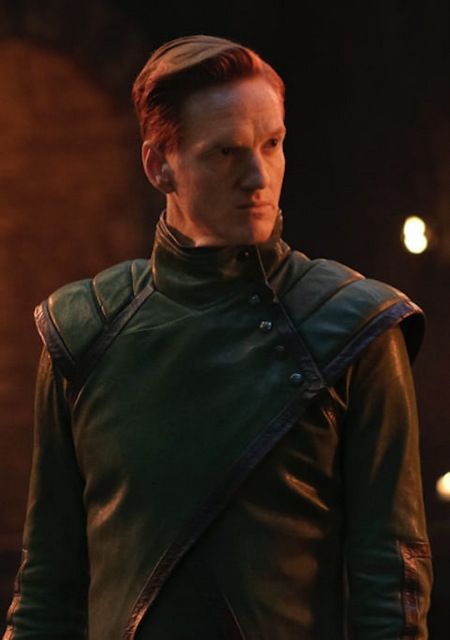 The complete and utter creepiness of Brainwave and Dr. Ito is amazing. These guys are incredible villains and its all in their presence and line delivery. Just when Courtney and crew enter the ISA’s base, they learn the full scope of New America. On the surface, it’s pretty good — universal healthcare, equal rights and pay for everyone. There’s just one sticking point though. Twenty five percent of the impacted won’t go along and will die. Maybe a fair trade off?

The Gambler drops the bombshell that the countdown the JSA has been operating on isn’t for the launch of New America, but the time for it to finish taking affect. And it’s already starting as Barb, Justin and Pat, who rears S.T.R.I.P.E. back to clock Courtney. 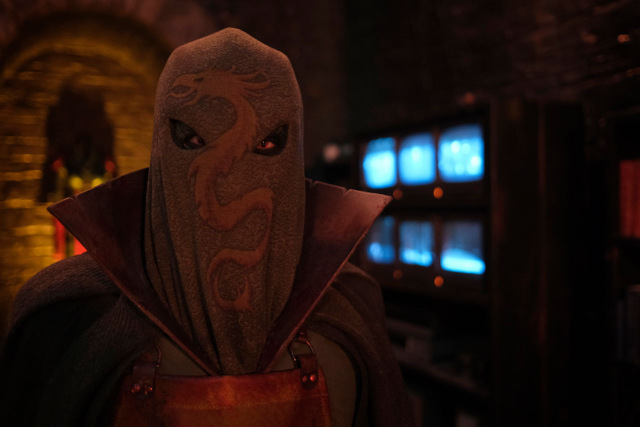 Ugh. I knew this was a two-partner, but man I wish I could watch the next episode. I am curious if we’ll get any Season 2 teasers like Jakeem Thunder and the Thunderbolt and Solomon Grundy’s fate. What a season this has been and it all comes to and end next week.