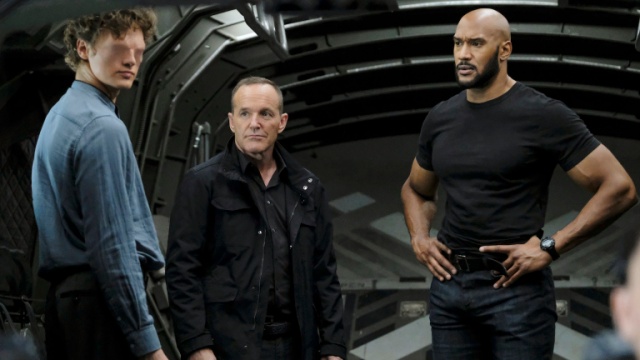 I’m torn if Nate Malick is the most annoying or most annoying main villain ever on Agents of SHIELD as every time he’s on screen I want him to go away. Does he have X-Pac heat? Stolen further stacked the odds against SHIELD as I try to figure out how the series is going to wrap things up without some ridiculous MacGuffin from Fitz making a last minute rescue.

Before breaking down this episode, can we talk briefly about the questionable decision to bench Fitz all season? Unless Iain De Caestecker wanted to get a jump on his film career, it seems so weird to one of the series’ main characters sidelined so long no matter how dramatic his return.

Thomas E. Sullivan is doing a fantastic job of making Nate as prickly and dickish as possible. Some of that is with the dialogue that doesn’t make Nate sound like someone from the 70s, but I truly can’t stand this character and his prattling like he’s the charismatic villain from a 90s movie. 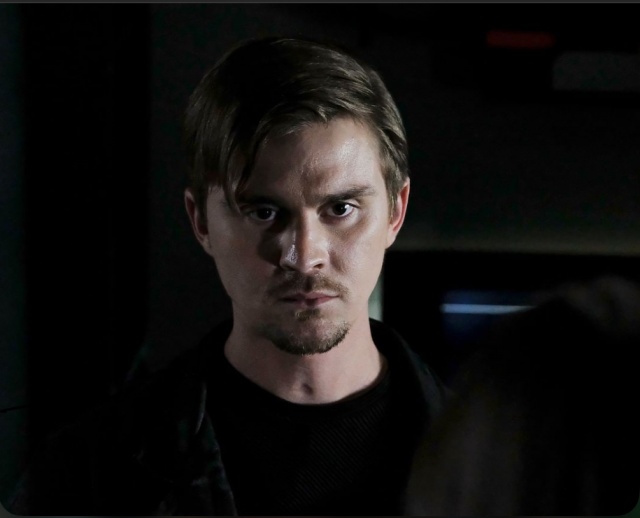 Nate introduces himself to John Garrett in 1983 just as he joined SHIELD. I was about to remark how impressed I was with the casting group for finding an actor with such a close resemblance to the elder Garrett, Bill Paxton, until I learned he is actually Bill’s son James. That’s a great nod to an actor whose presence really helped turn the tide for the series in its first season.

James Paxton channeled his father’s role so easily I figured out he was Garrett before his reveal. Nice work.

Back on The Zephyr, some drama is unfolding and most of it is revolving around Daisy. Man, we really are flashing back to Season 2! Jemma notices Daisy and Sousa’s interaction that likely stems from Daisy knowing he’s crushing on her, but his complete lack of knowledge of their kiss in a previous time loop. With Nate hunting down Inhumans, Mack calls Jiaying and her teleporter Gordon to The Lighthouse.

Whatever Coulson’s original plan was, it wasn’t a good one. As soon as he has Gordon teleport him in, Nate and his goons stun Gordon and force Coulson to surrender. I hated that Gordon had to die, but Garrett with teleporting powers raised his obnoxiousness to a new level.

Daisy learns the bombshell that she had/has a sister and finally gets some closure with Jiaying, who’s not the monster she remembered. Good thing as Nate drops in with all kinds of spoiler bombs. This guy really is the worst. Oh, wait now he just killed Jiaying. Now he’s the worst.

Jiaying wasn’t the target though. That’s Jemma, who’s already questioning if Fitz is alive. Now she’s got Nate and Sibil wanting to know so they can shut him down. I don’t understand how Nate benefits partnering with Sibil any longer. Is she going to tell him how to make a suit of armor capable of snatching the Infinity Stones while Thanos isn’t watching? 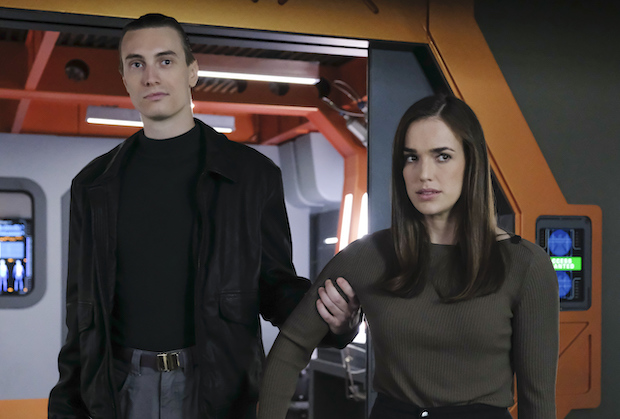 It’s kinda fascinating how Agents of SHIELD is essentially wiping out its connections to the MCU like in one of those Endgame branch points Banner and The Ancient One discussed. Does anyone else feel like the show has gone into its own Multiverse world maybe possibly to be discovered by Doctor Strange and Scarlet Witch in Strange’s sequel?

Basically, The Chronicoms and Fitz have triggered this new path where all of these changes have occurred and the only ones who know it are SHIELD. And now things are getting even dicier like Jiaying getting killed, which technically should blip Daisy out of existence…unless she was from another world. I dunno. Just a theory.

One more episode left on the DVR and two days to watch it before the finale. Can I get it done in time? Let’s see…

This was another eventful and shocking episode in a season that’s maybe not so surprisingly been full of them. Agents of SHIELD knows how to wrap a season in the most dramatic way possible. No reason that wouldn’t apply to the season finale as well.