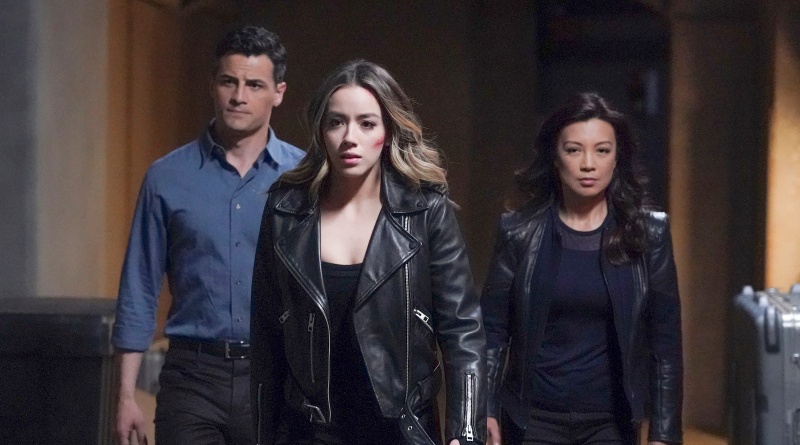 Just thinking how different my attitude is about Agents of SHIELD’s seventh and final season vs. my happy to help pack everything up mentality shows how far this series has come. I’ll save the farewell for another post, but Brand New Day effectively marked a heck of a penultimate episode since the final two episodes are airing back to back.

Daisy is rightfully rattled and ready to make something happen as Kora and two more of Nathaniel’s goons are brought in to The Lighthouse by Mack, Elena and Coulson.

Kora confirmed that they are in fact in a new timeline. Yay, I figured it out and get to keep my comic book fan badge. Kora wants to team up with her sis, who bails on that reunion and heads out to save Jemma and Deke on The Zephyr. 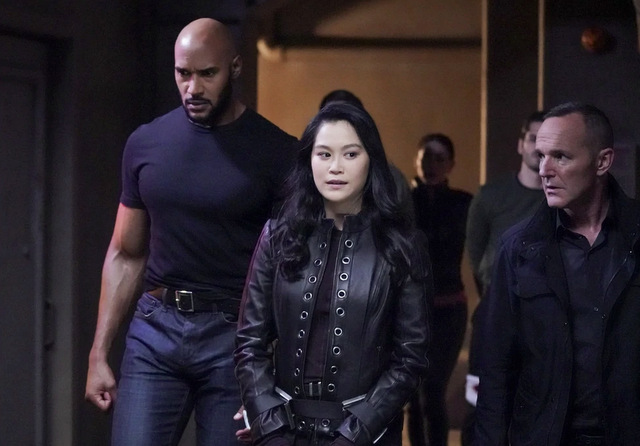 Undeterred, Kora has a mini-meltdown with May that knocks out the Lighthouse’s power temporarily. It was an outburst Sibil anticipated and she hopped in to SHIELD’s firewalls. The bad news for Sibil is Coulson can read some of her code. Does that make him The One? Whoa, does this mean Agents of SHIELD was a trans allegory all along? Kidding.

Kora wants to join this new SHIELD Order and has a hit list of 30 people that they could kill and save thousands…starting with Grant Ward. Yikes, well that just made it personal. And if that spares us Hive, I might have to take her up on it. May offers to show Kora how Jiaying is doing. While emotional, Kora doesn’t seem to be too upset her new man killed mom and starts to defend him.

This goes nowhere so she tries to fight May, which predictably follows goes about as well. Just like NHL 93 (yes, I’m dating myself, but that’s the entire theme of this season, right) taught us with Kris King, you can’t beat May! Before she gets a proper beat down, Garrett comes and teleports her back to Nathaniel.

Nathaniel has been a busy tool trying to get into Jemma’s head to locate Fitz. Deke hilariously references Die Hard before promptly getting caught to be play grandson hostage. While light torture doesn’t prove effective, Nathaniel does find the implant. If only there was an unstoppable robot who would kill to keep the implant in place…

We finally see Fitz in a flashback, but it’s not sounding great on seeing Fitz any longer. What’s up with the blood work? They wouldn’t be this cruel to us, would they??? What am I saying? Agents of SHIELD has thrived on keeping FitzSimmons apart. Even worse, with Nathaniel tagging along in her memories apparently made Simmons forget Fitz entirely. Not good Bob. 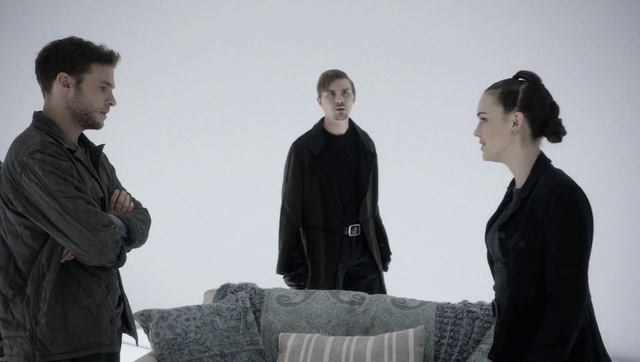 Sousa and Mack tag along to help Daisy. Man, Mack was always a good character, but few have evolved as well as him in the latter run of the series. Sousa was the nice guy destined to lose on Agent Carter, but his genuine and non-cynical astonishment to…everything is so refreshing. I wish he could have gotten time snatched last season.

Daisy tells Mack about Enoch’s warning about their last mission and is shocked when he treats it matter-of-factly. But I do feel Daisy on the team becoming like those close office co-workers that gradually lose touch.  She tells Mack about kissing Sousa and he cracks up since Yo Yo owes him $20. All this love and poor FitzSimmons miss out again.

Mack asks Sousa his intentions, which completely throws the lovable square off.  “Well you better get some and quick cause this thing is coming for you.” Henry Simmons has had some great lines this season and playing the big brother watching out for his sister here is amazing.

There’s not a co-star Simmons ever failed to have tremendous chemistry with and if SHIELD does manage to get back into the regular MCU continuity it would be a crime not to have at least him and Chloe Bennet involved in some capacity. 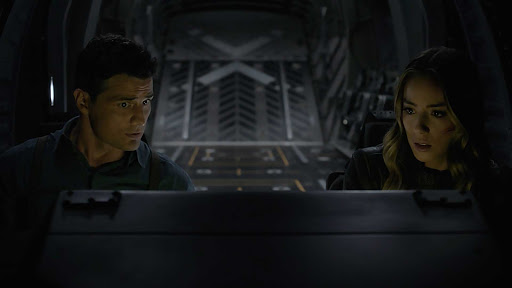 Turns out this whole search for Fitz was entirely meaningless as Nathaniel calls in The Chronicoms and they proceed to Project Insight all of the SHIELD bases. So how will our heroes survive with their useless backup wiped out? Is there and Original First Avenger before Captain Marvel and Captain America?

Geesh, just one final night of SHIELD left. This was a terrific way to set the stage for the finale.