Stargirl wrapped what has to be considered one of the finest superhero TV seasons ever in large part for being so different from the typical CW Arrowverse take on the DC Universe. Even if this season finale wasn’t the best episode of the season, it marked a strong conclusion with plenty of directions to go in the future.

I loved that the satellite for Project New America was at the high school field. That’s a perfect place to hide something of that scale.

It wasn’t clear why most of the adults were comatose, but Pat attacked Courtney while under the Injustice Society’s mind control. That was weird although it did provide that great moment of “It’s me Courtney — your daughter.” Yeah, she is! And that led to the funny bit with Beth hacking The Gambler’s finances and donating his money to charities.

The big Justice Society vs. Injustice Society battle was fun, but still did not convince me the ISA would ever lose to this version of the JSA after killing their older, more powerful counterparts.

Yes, I know — TEAMWORK — but are we to believe that Green Lantern, Hourman, Johnny Thunder, Starman, Flash, Sandman and Dr. Midnight didn’t know how to work as a team?? Sure, Jan.

Granted, the ISA had helped the Junior JSA out some by thinning their own ranks so there was no Fiddler, Wizard or Shade in this rematch. And then Shiv further hurts her cause by killing her father just when he was about to kill Justin.

Solomon Grundy did a pretty effective Hulk impression ripping STRIPE’s limbs off, but suddenly seemed to forget how to fight when battling Hourman. Rick just completely punked him out in a manner that getting revenge for his parents wasn’t even satisfying. That was an odd exchange. 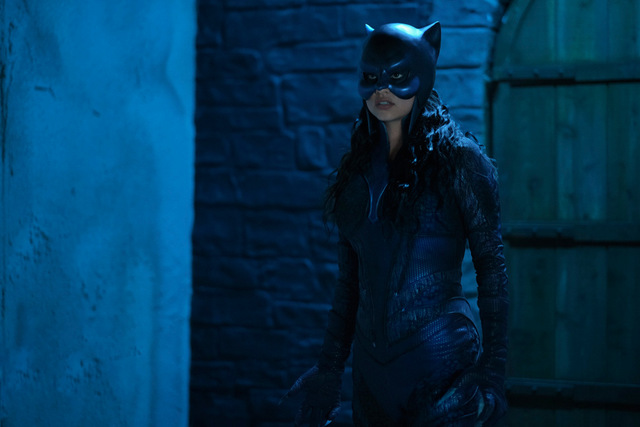 The Brainwave fake out of pretending to be Henry got me. Fortunately, Yolanda wasn’t fooled and slashed his throat. This was satisfying and killing the the mind reader makes sense for the long-term for the series. I just wish Yolanda didn’t just have that conversation with Rick about not killing people in the name of justice. It was a bit of a weird about face.

It’s nagged me a bit that Beth bonded more with the AI in her goggles than Courtney, Rick or Yolanda and her moping over Jordan shattering the goggles effectively “killing Chuck” didn’t make me feel any better. As much as I like perky, precocious Beth, I’d really like Jakeem Thunder to show up next season to bring a cool black teen onto the show.

You had to appreciate Jordan going fully delusional super villain by trying to explain to Barb why she should happily go along with his plan and end up with him. Man, you’d think Jordan would have had a crush on at least one other woman before Barb. The Stargirl/Icicle fight is pretty good as far as big throw downs go and it ends in dramatic fashion with Wildcat catching Stargirl and Pat grabbing Barb before she went over.

And for whatever reason, Mike smashing the iced up Jordan was hilarious. It’s not the normal way to dismiss the main season villain, but it worked here. Especially since that likely didn’t actually kill Jordan.

After the big battle, Justin is feeling worthless since he lost to Dragon King. In fairness, being a janitor is not good training for fighting super villains. He’s heading out although now does seem like a prime time to have a gig as Blue Valley High’s janitor…

Nevertheless he’s leaving to go find the rest of the Seven Soldiers of Victory. Yes! And this starts the expansion of Stargirl’s world with another team to have a mini-Stargirl crossover without the rest of the Arrowverse. 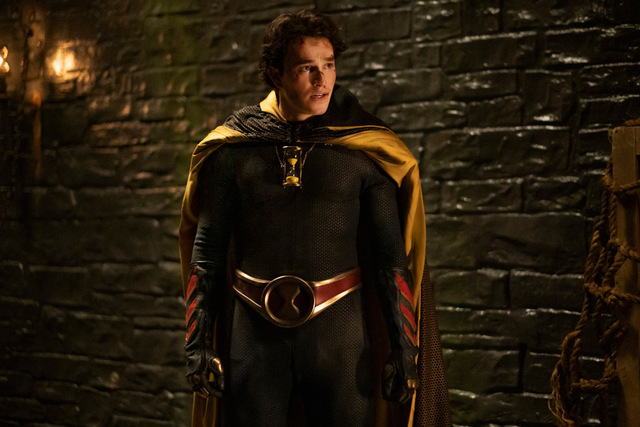 DC Universe shows got the message that we like our teases for next season so Stargirl continues the tradition of Titans, Doom Patrol before it. First we get a tease of The Shade doing a little Monday Morning Quarterbacking regarding Jordan’s scheme and presumably to lead Sportsmaster, Tigress, The Gambler and The Tubaster? We’re still workshopping the name.

Shiv searches for and finds the Eclipso diamond. Eclipso is a major league villain and one series writer Geoff Johns used during his JSA comic run, He could easily be the next season-long villain.

Fast forward six weeks later, Pat and Barbara are good; Mike is working on his language much to Cap’s satisfaction and Courtney gives Pat the World’s Greatest Dad mug she made years ago to match Barb’s.

Meanwhile in North California…Sylvester Pemberton comes looking for Pat at his pal’s old apartment(!). So there’s two ways they can go with this reveal:

Both of these are viable options and ones I’m very interested to see which if any they choose.

I’ll probably do a full season wrap soon, but I really enjoyed this ride. Let’s hope the CW doesn’t try and tinker with what proved to be a very winning formula.