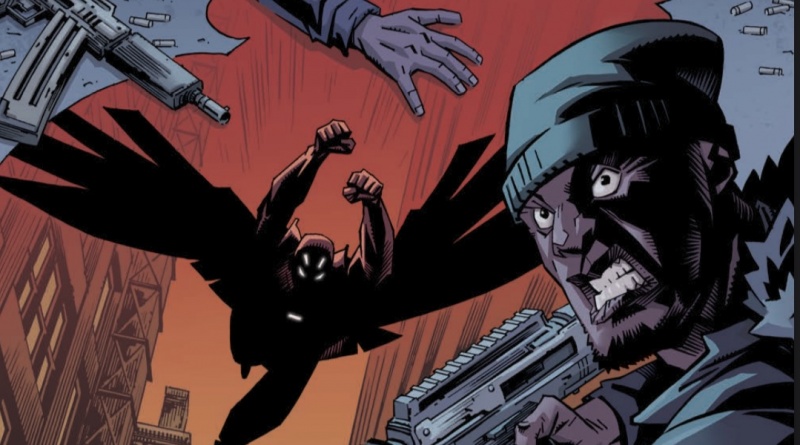 Stealth hasn’t felt like a title where writer Mike Costa is wasting time. This installment had a little of everything from a superhero shoot out, mob drama and an investigation that gets dangerous.

Stealth is in a face off with Dead Hand’s goons at his old safe house. His son, Tony, starts digging down the path of Stealth’s past and some information that puts him in the crosshairs of another entity. And Dead Hand night have his own issues with one of his cronies not content being No. 2 any longer.

Costa crafts the script where all of the main players matter. Stealth keeps trying to focus on what’s real or a memory from his past that’s made all the more confusing by his dementia.

Like a good reporter, Tony is determined to get to the bottom of the story without feeling like a Lois Lane cliche.
Even Dead Hand’s sequences are engaging.

It’s not hard to immediately envision Stealth as a Netflix series or movie thanks to the artwork of Nate Bellegarde. He doesn’t need to go the hyper realistic path with his art as his style brings so much energy to the action and the appropriate cinematic flair to the dramatic moments.

Tamra Bonvillain’s color work pops and the use of brighter colors cast the series in a different light than the standard drab blacks and grays for a vigilante.

Stealth continues to be a pleasant surprise each month and as the arc reaches its conclusion there’s still no telling how it will end.