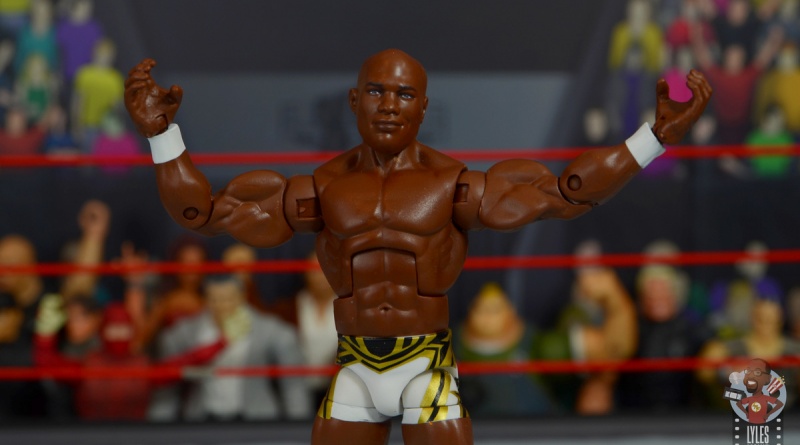 Shelton Benjamin might be the biggest travesty of the WWE Ruthless Aggression era. He was every bit as talented as all the other high-profile talents, but he never got the big run like his peers following a brief moment upon getting drafted to Raw. He’s always been one of my favorite modern-era guys though so I was thrilled when he returned so I could get a figure. Let’s see if this figure sets a new standard in my collection.

Packaging:  No deviation from the standard formula here with the white backdrop and red accents. I like the layout of the information a lot though as it’s clear and easy to follow.

The package write-up is funny as it highlights the interchangeable hands instead of the ladder, which seems like a cooler selling point. Shelton is the oddity in this wave as the only figure I picked up.

Likeness:  Mattel did a nice job with Shelton’s head sculpt, which captures his low-key swagger with a look of confidence and assurance he will take out anyone in front of him. Benjamin was a little bigger when he returned as he’d bulked up some from his time in New Japan. 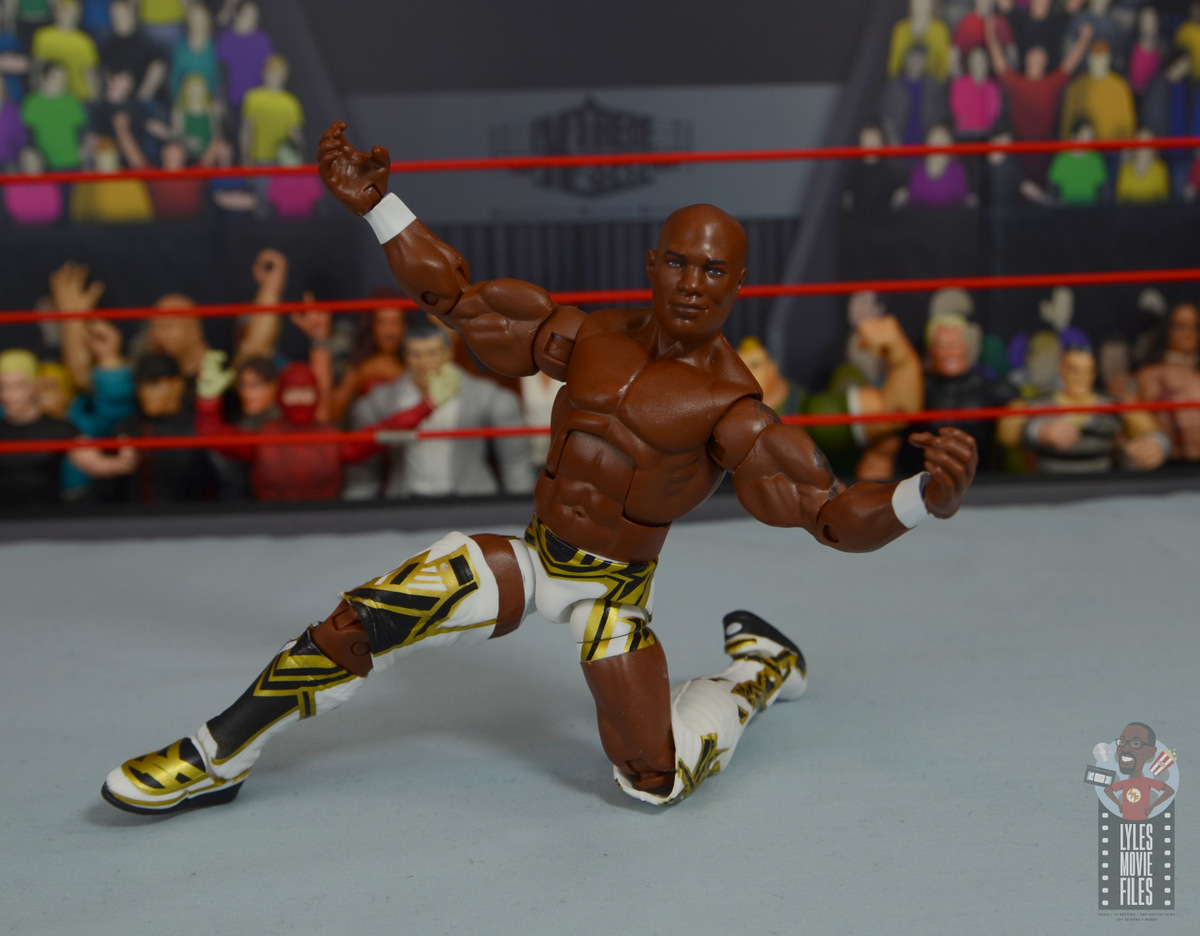 Mattel doesn’t have a torso in between this one and the British Bulldog one so this was the best option. He’s got his kickpads and everything else is accomplished via paint. 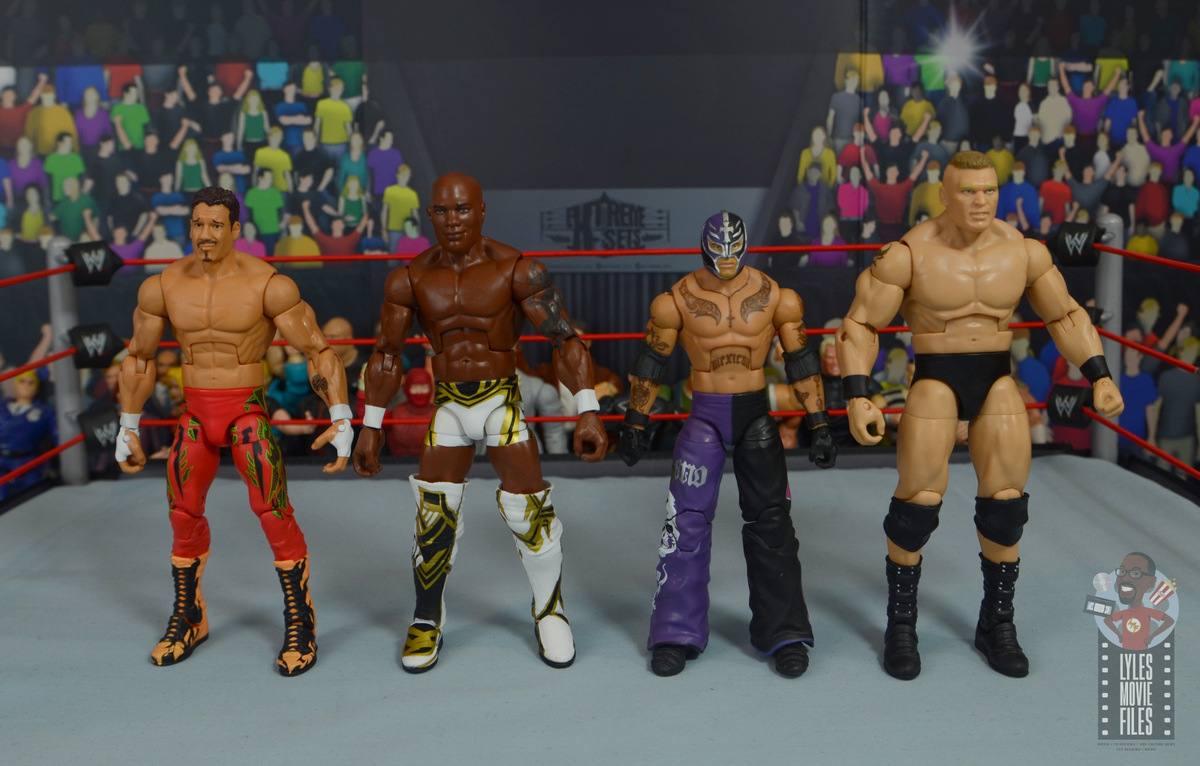 Scale:  Shelton is 6’3”, the same height as his former teammate Brock Lesnar and taller than the 6’ John Cena. Shelton is nearly the same size as Lesnar although I think his head is a bit oversized. 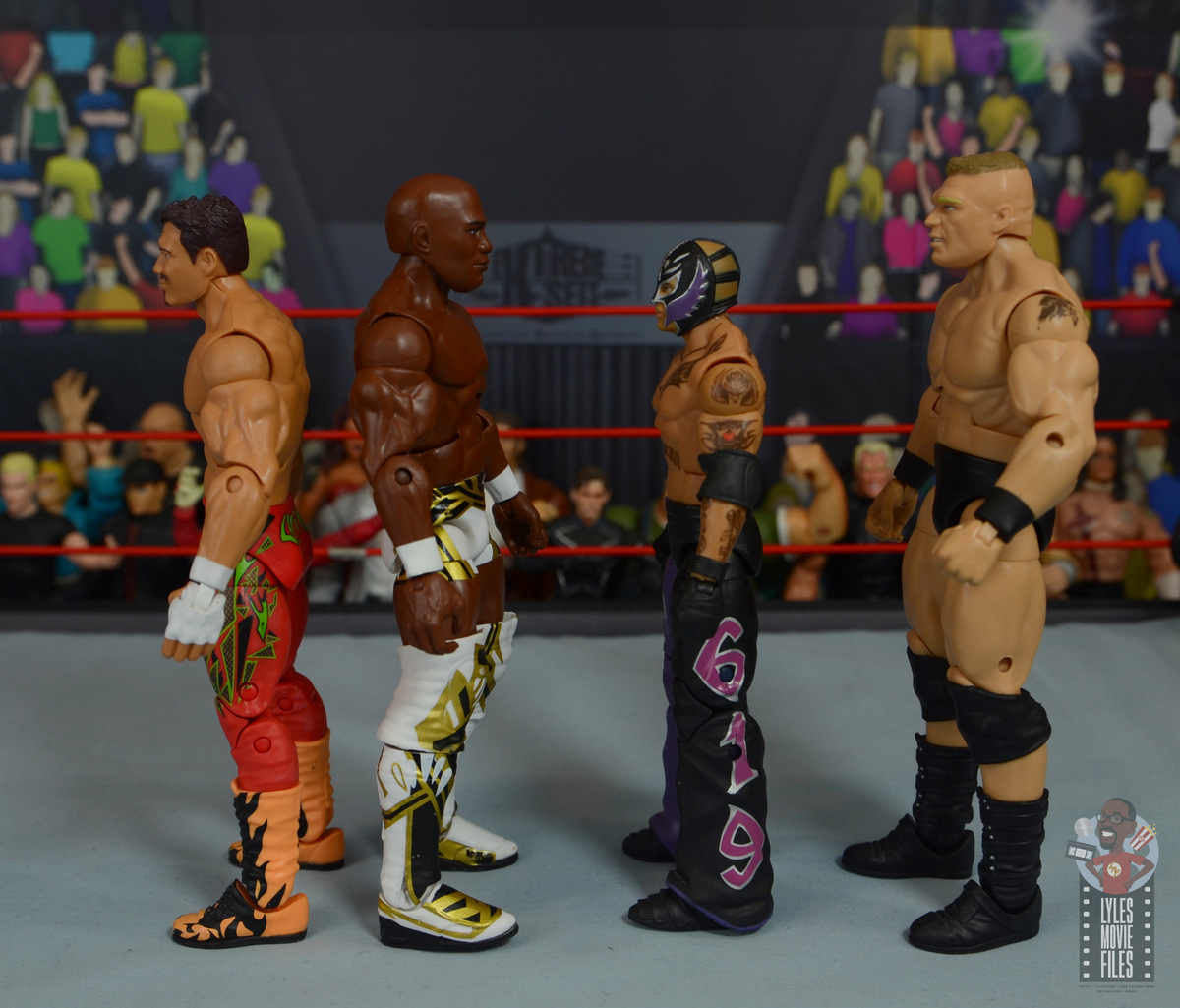 Paint:  Easy stuff out of the way first. This paintjob is pretty well done save a few scuff marks and scrapes. The white and gold makes for a great contrast. I wish Mattel were able to do a subtle stubble fading atop Shelton’s head so his head didn’t look like a chrome dome.

There’s a chase figure for Shelton featuring his days when he channeled Vince McMahon’s desire to have a black guy on the roster with blonde hair a la The Natural Butch Reed. I always found that silly, but it fits in better as a flashback compared to the current regular version. The modern dragon tattoo came out really nice. 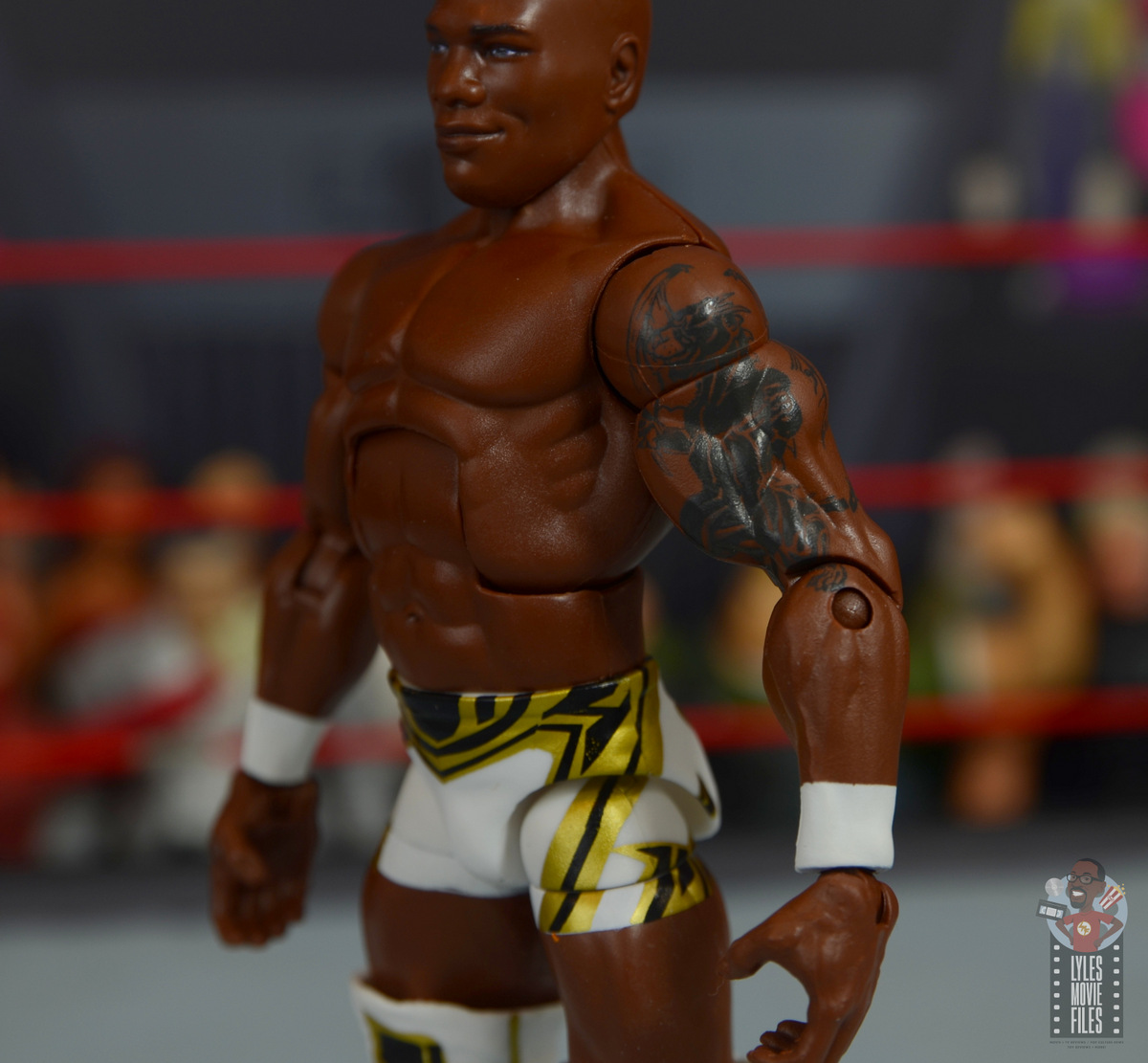 Articulation:  Shelton is one of those very skilled stars. I wish Mattel was implementing butterfly shoulder joints as it would be immensely helpful for a star like Shelton who employs a variety of suplexes in his arsenal. Beyond that, you can pull off most of his move set. 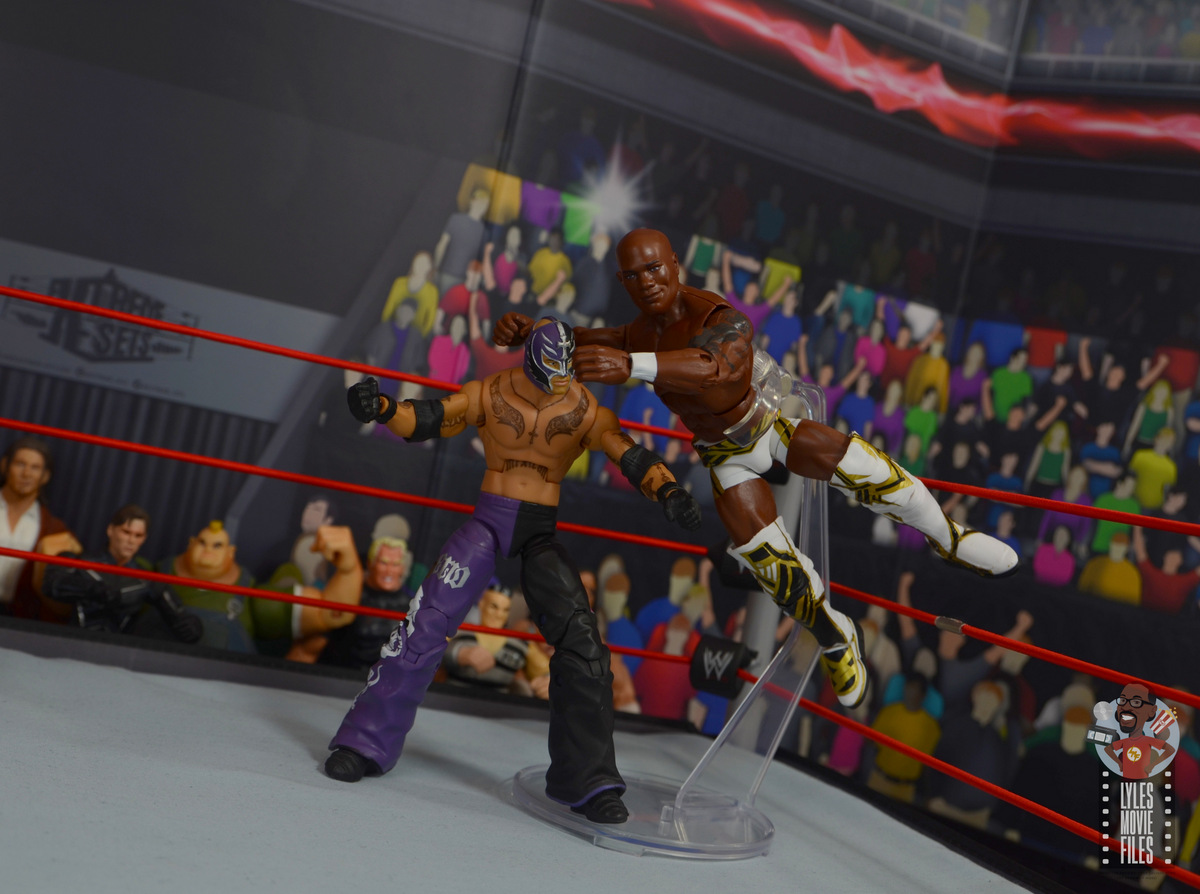 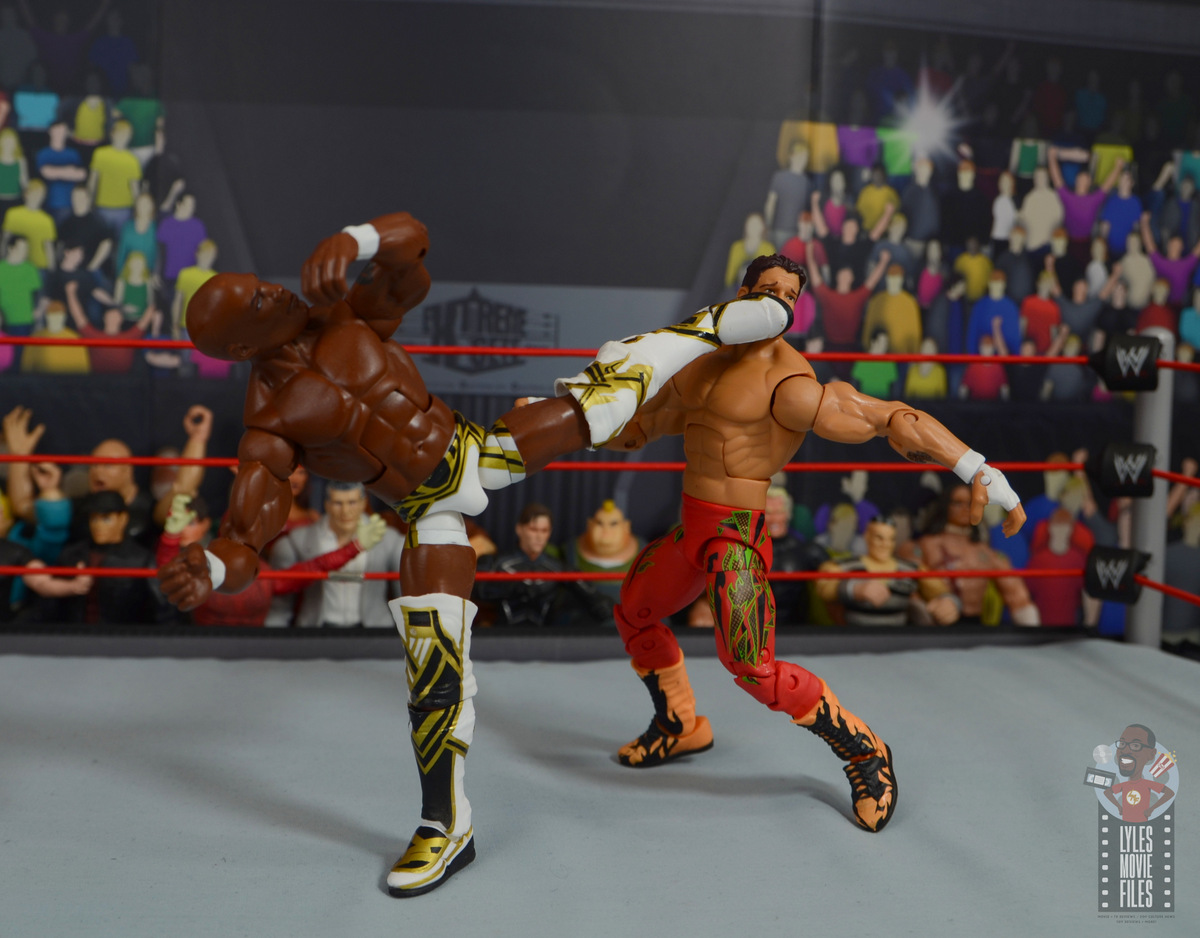 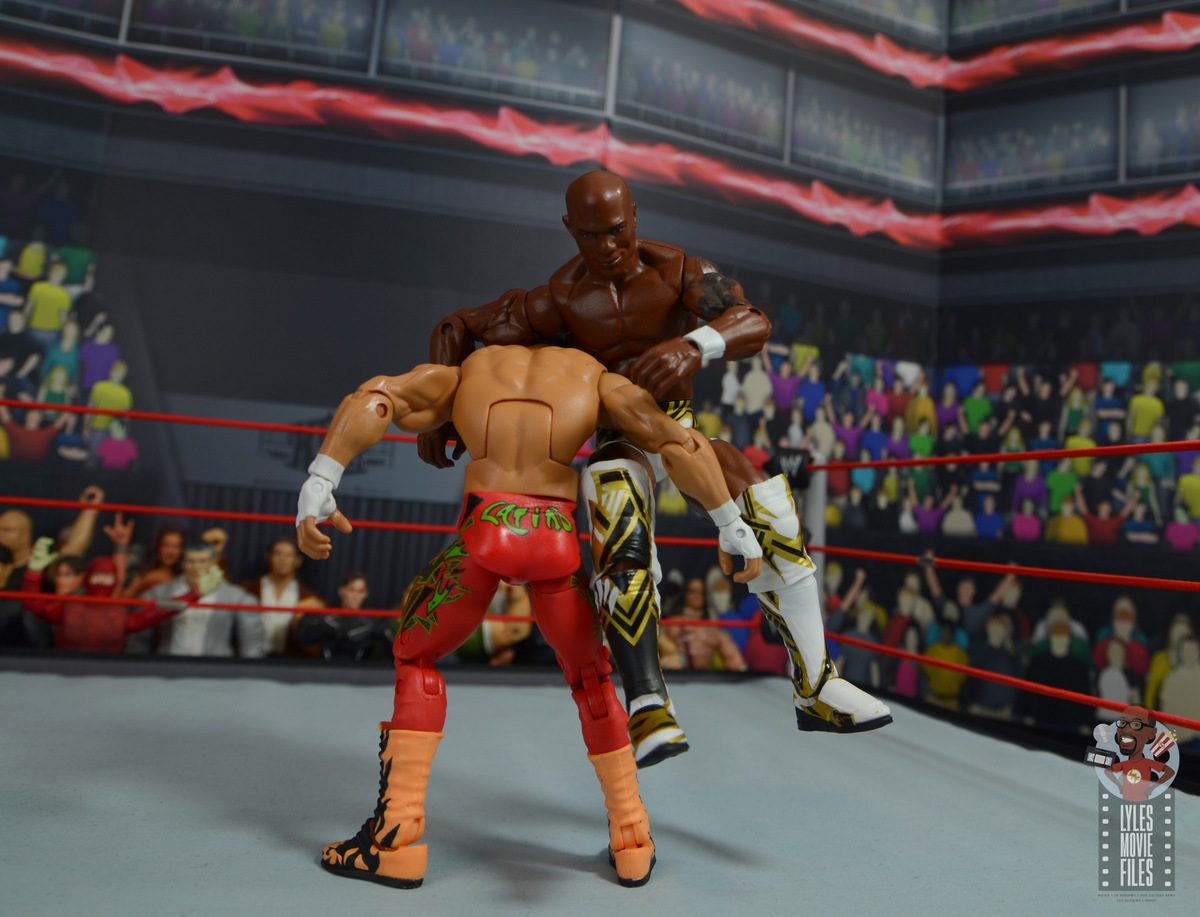 Accessories:  I already spoiled the accessories — a set of semi-closed gripping hands and it seems a little odd that he doesn’t come with regular fists. 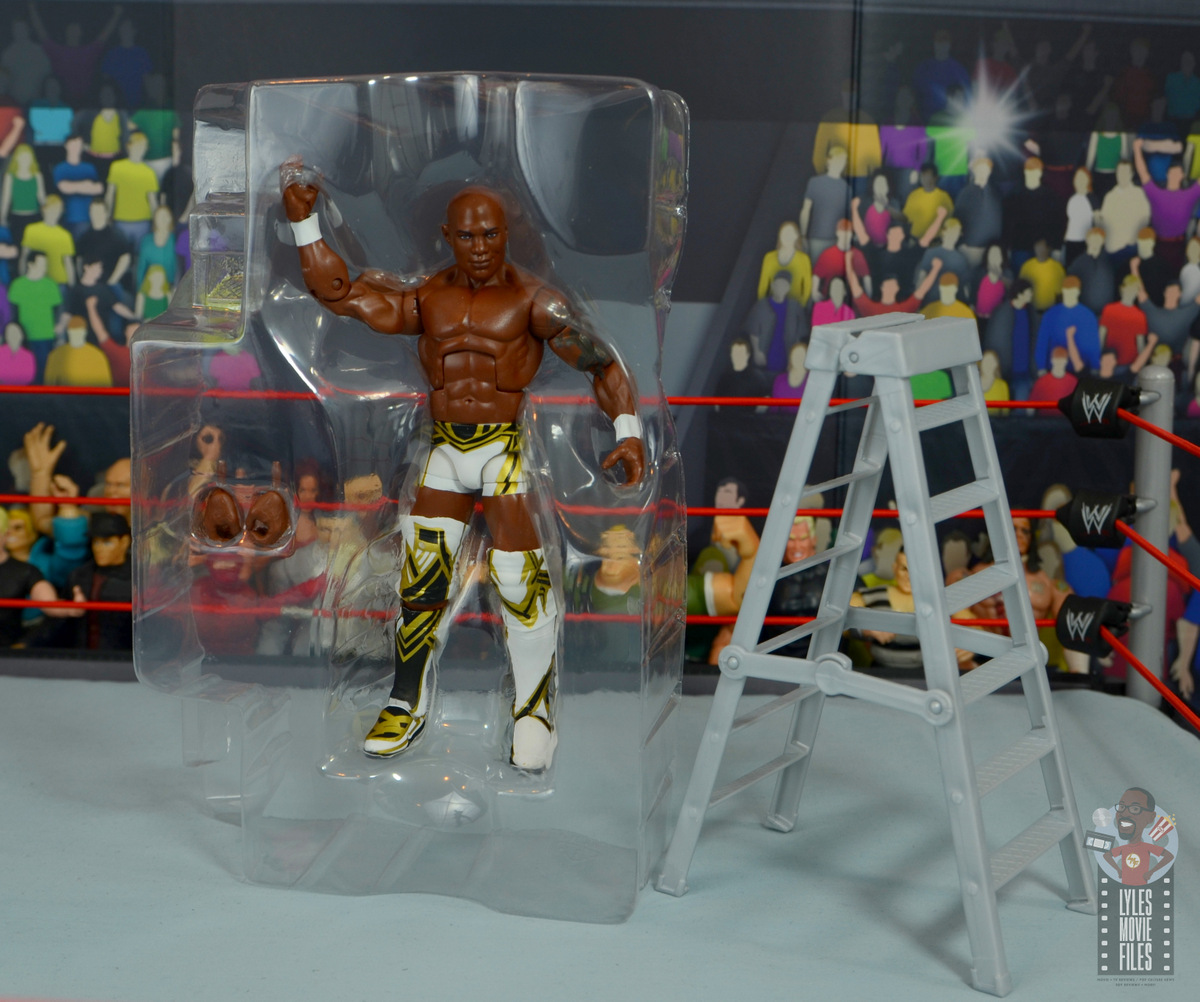 Shelton also has the mini-ladder, which is useful for ladder matches when the guys don’t realize they’re using the short one before going for the one that will actually reach the belt/briefcase. 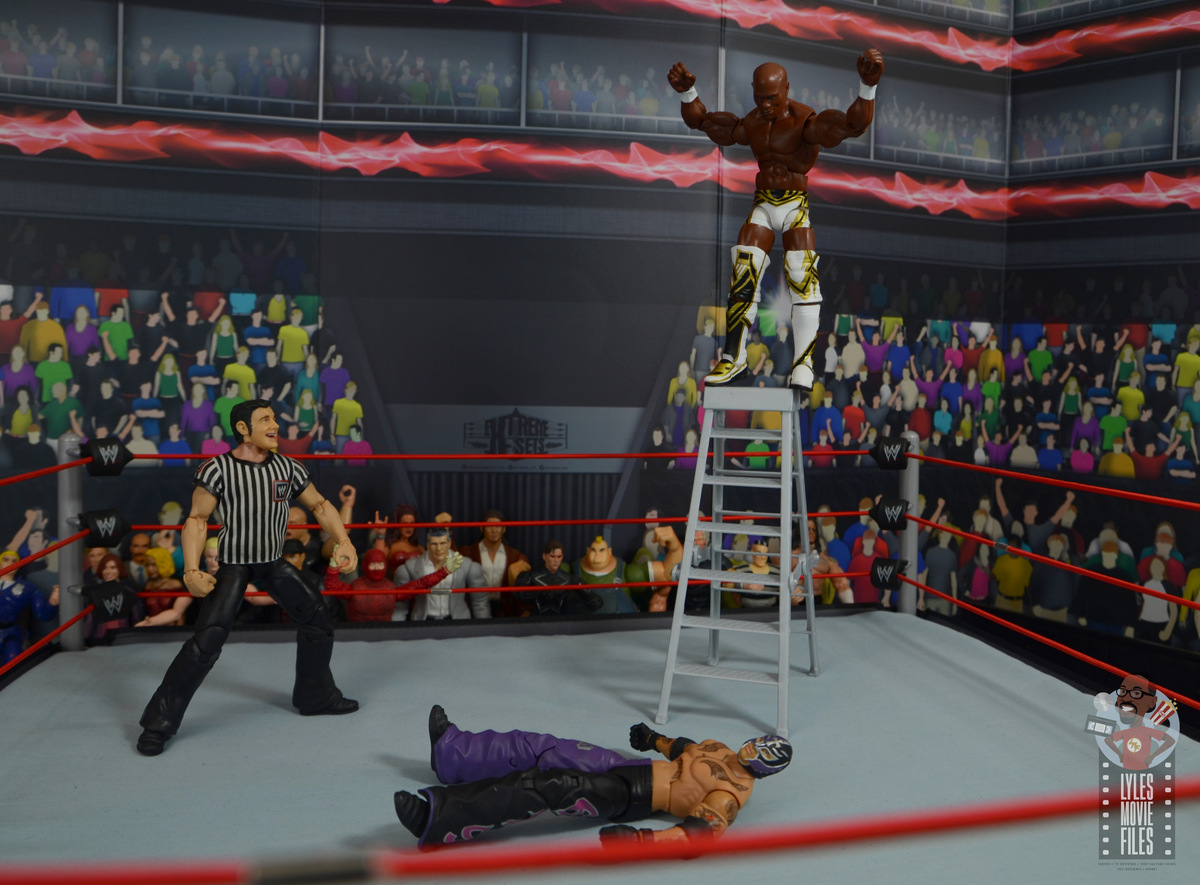 Worth it?  Shelton is a solid figure for $20. I don’t think he’s worth the current nearly $40 price, but that’s true for most Elite figures.

I’d love to eventually get a Charlie Haas figure and reunite the World’s Greatest Tag Team, but for a solo run Shelton even without the hair this is a good figure. I just wish his noggin were a little smaller and his kneepads provided more flexibility. 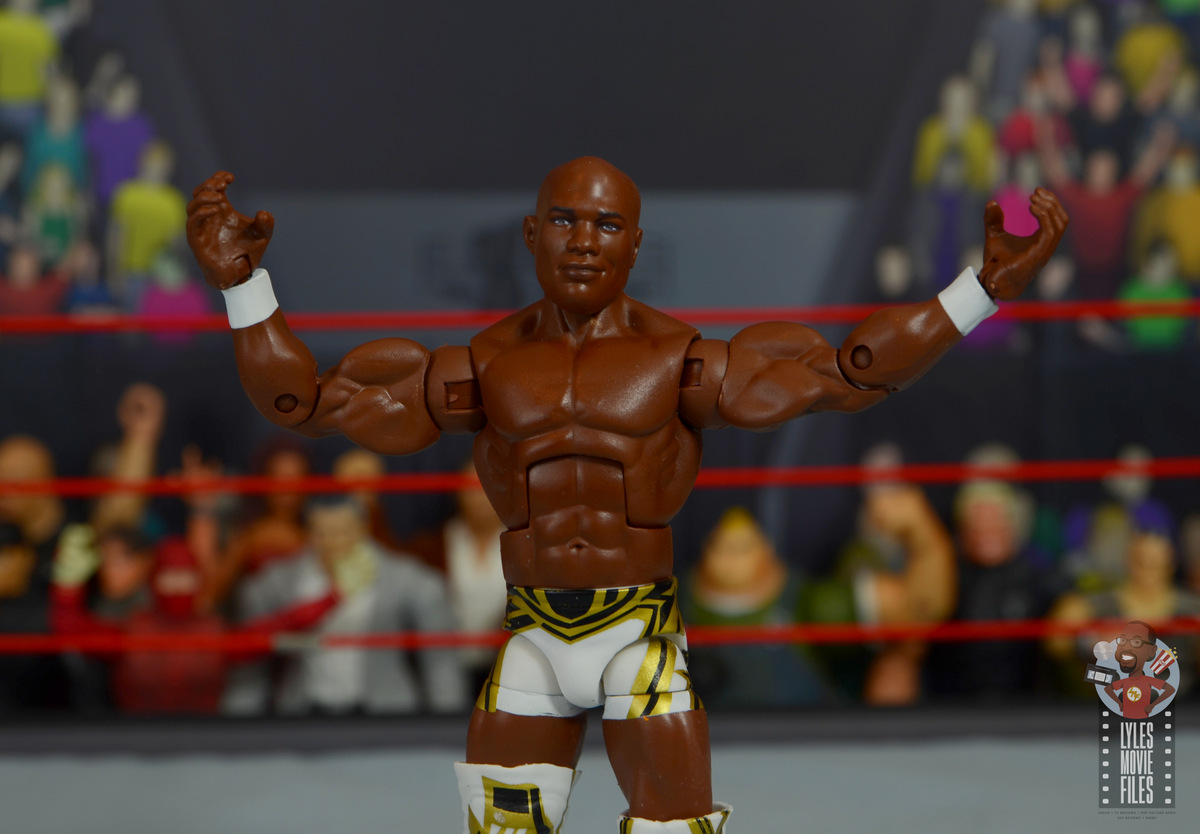 Where to get it?  You’re gonna have to pay more to get Shelton at this point, but he’s still available on Amazon.