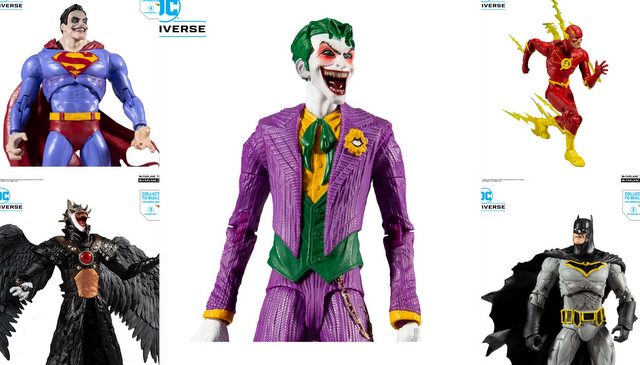 The latest two series of McFarlane Toys’ bring some welcome additions to the line as well as some core characters from the DC Universe. I’m looking forward to checking these guys out over the fall. You can get them early now as well thanks to these pre-orders from Entertainment Earth and Amazon. 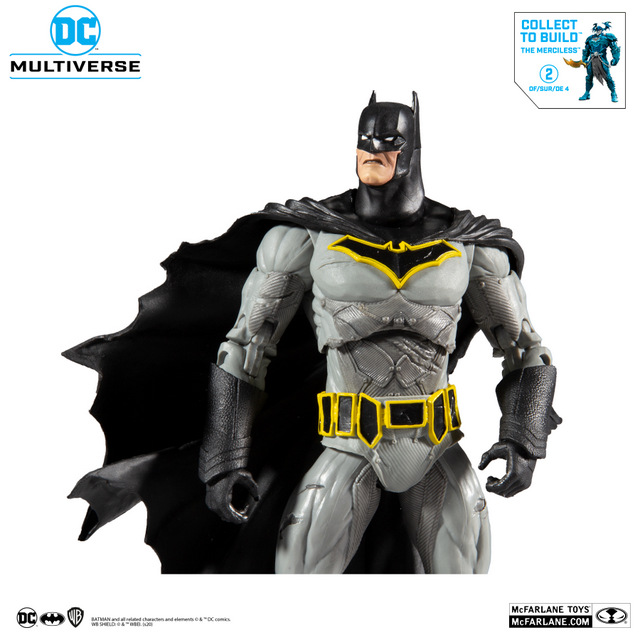 As a child, Bruce Wayne watched as his parents were brutally killed in Gotham City’s Crime Alley. Traumatized by their deaths, he devoted his life to becoming the world’s greatest weapon against crime—the Batman! To become the ultimate vigilante, the Dark Knight disciplined his mind and body to reach the pinnacle of mental and physical superiority.

He’s a master detective and an expert martial artist, but his greatest weapon is his mind. Batman has a plan for every occasion, as well as high-tech weapons, gadgets, and vehicles to assist him in his relentless pursuit of justice!

The Batman Who Laughs with Hawkman Wings 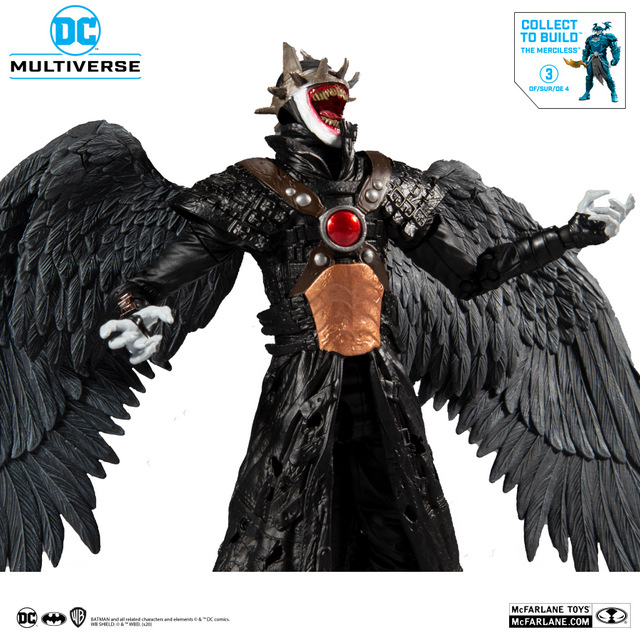 Born from the nightmares of the Dark Multiverse, The Batman Who Laughs is a hybrid version of the Batman and The Joker from Earth -22. This twisted version of Batman was created when nanotoxins from The Joker’s heart were released into Bruce Wayne’s bloodstream, causing the Dark Knight’s perfect mind to merge with the warped psyche of the Clown Prince of Crime.

He soon became part of an attempt to plunge the entire Multiverse into ultraviolence, chaos, and utter darkness. After being initially defeated, The Batman Who Laughs managed to survive and remains a threat to the greatest heroes of the Multiverse.

Pre-order The Batman Who Laughs with Hawkman Wings from Entertainment Earth. 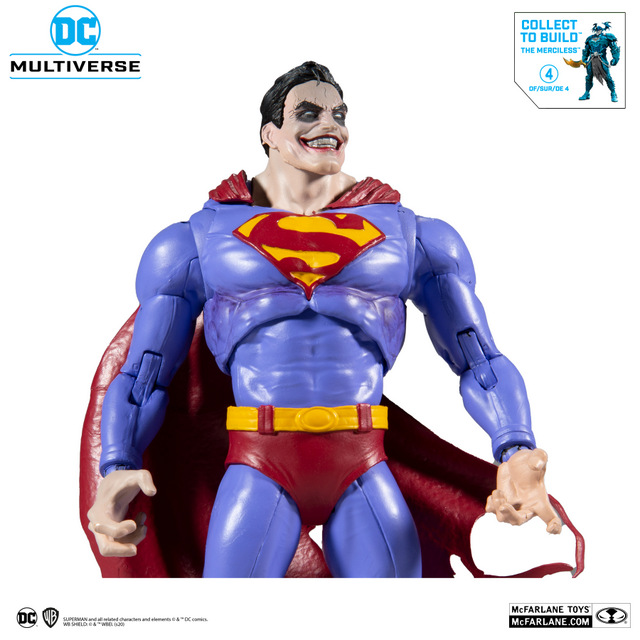 Sent to Earth from the dying planet of Krypton as a baby, Kal-El was found by farmers Martha and Jonathan Kent and raised as their son, Clark. As Clark grew up, the radiation from Earth’s yellow sun gave him extraordinary powers, which he kept hidden. Now fully grown, he uses his powers to protect his adopted world as Superman. The Man of Steel is virtually invulnerable and has the powers of super-strength, super-speed, and flight.

He also has enhanced senses, including heat vision, X-ray vision, super-hearing, and super-breath. In order to infiltrate The Batman Who Laughs’ crew, Superman infects himself with the Super-Villain’s deadly nanotoxin and goes undercover as one of the infected. 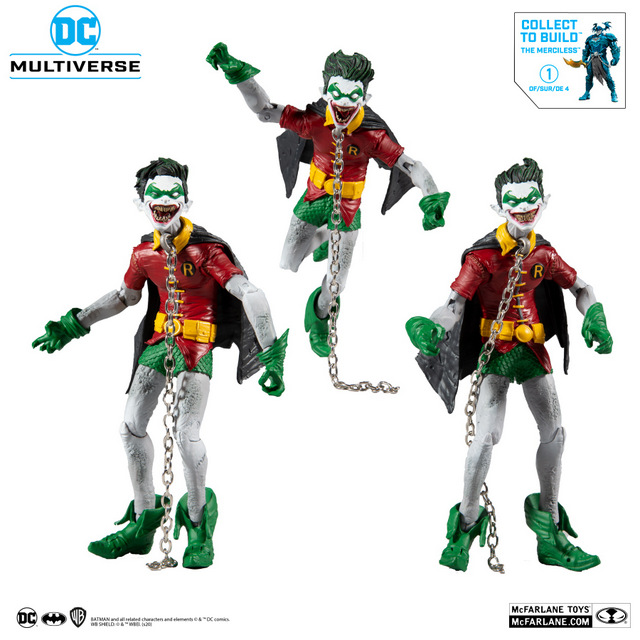 Hailing from Earth -22, this is one of three young boys who were infected by the absolutely nightmarish Batman Who Laughs to become his own band of twisted Robins. Kept on a chainlink leash, this sinister sidekick follows the evil Dark Knight’s bidding, fighting tooth and claw alongside the other Robins to take down any enemy. 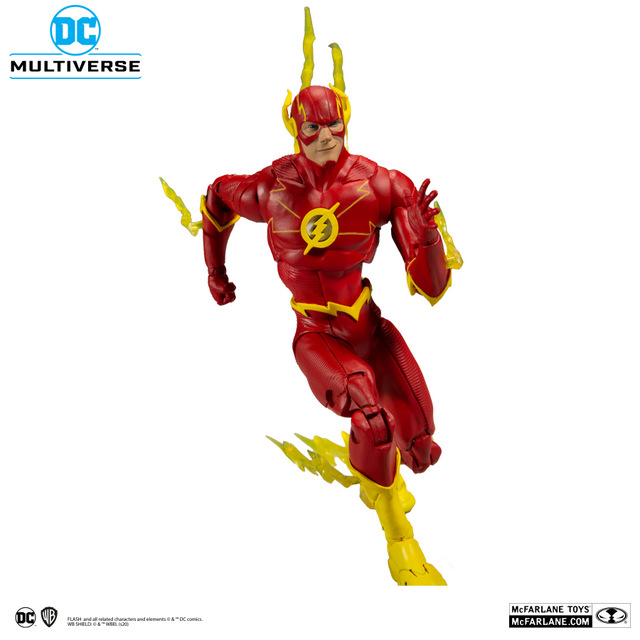 In a freak lab accident, forensic scientist Barry Allen was struck by lightning and doused with chemicals, which gave him the superpowers of the Speed Force. Now he uses these powers to defend his hometown of Central City — and the rest of the world—from the forces of evil as The Flash!

The Fastest Man Alive can run up the sides of buildings, across oceans, and around the world at light speed. He can also vibrate his molecules to phase through solid objects!

Pre-order The Flash from Entertainment Earth. 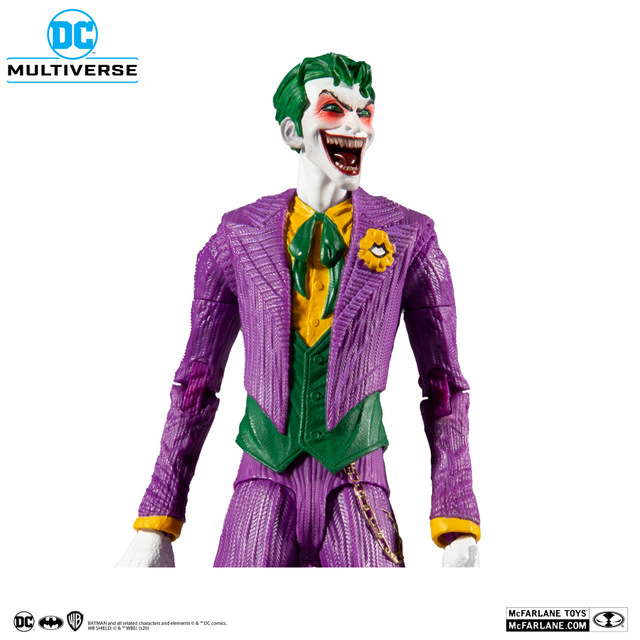 Once a small-time crook, The Joker fell into a vat of chemicals that turned his skin white, his hair green, and his lips red—like a crazed clown. His crimes always involve pranks and jokes ending with twisted punchlines that are only funny to The Joker.

He may look like he’s clowning around, but this guy is bad news for Batman and Gotham City!

Pre-order The Joker from Amazon and Entertainment Earth. 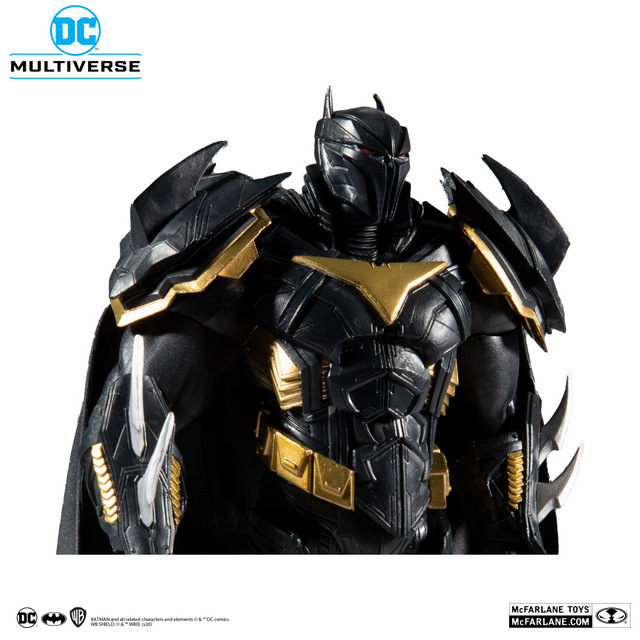 War veteran, knight of the Order of St. Dumas, and now The Joker TM’s key recruit in the crusade against Batman—Azrael is the Dark KnightTM’s most powerful new threat, and the one living link to a devastating secret about the Wayne family’s legacy in Gotham City.

In an effort to overthrow Batman, Azrael dons an armored Batsuit of his own and threatens to take control of the city.