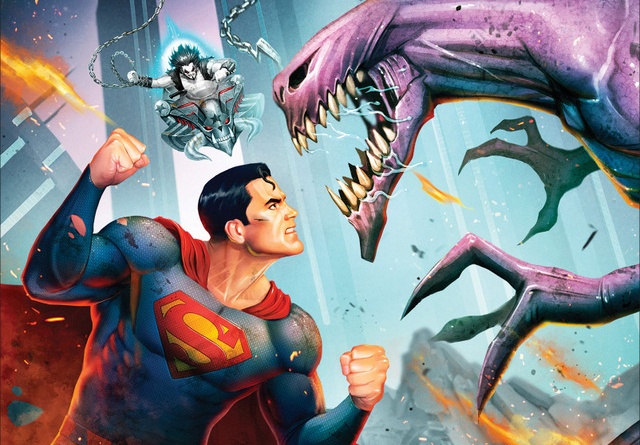 How hard is it to make a good Superman movie? Apparently very if Superman: Man of Tomorrow is any indication.

In the last two Superman solo films, Warner Bros. Animation has taken the easier route and just made different interpretations of The Man of Steel’s origin. Superman: Red Son explored how events would play out if Kal-El’s spaceship crashed in Russia instead of Smallville. Superman: Man of Tomorrow attempts a more modern take on Superman’s origin with mixed results.

As the film played out, I kept wondering why Man of Tomorrow’s creators felt the need to reinvent the wheel when a more modern, interesting take on Superman had already been laid out courtesy of the DC Rebirth Superman comics by Peter J. Tomasi, Patrick Gleason and Dan Jurgens. 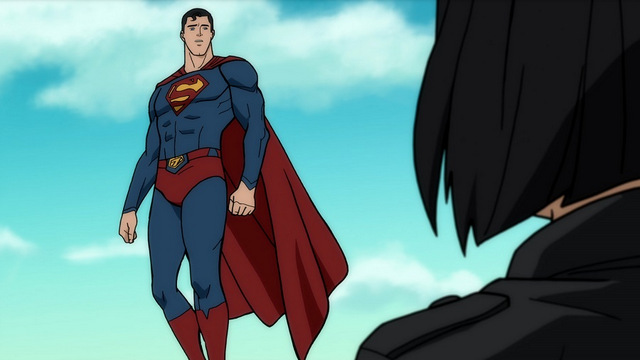 Those comics featured Superman and Lois Lane raising a pre-teen with powers like his father and are filled with several quality stories that would make for terrific animated features. After all, there’s only so many times Lois and Clark Kent can meet at the Daily Planet, realize Lex Luthor is shifty and she dubs him Superman.

Tim Sheridan’s (Reign of the Supermen) screenplay offers few wrinkles from the origin story you’ve seen repeatedly. Clark (Darren Criss, The Flash) is a coffee-grabbing intern at the Daily Planet. Lois (Alexandra Daddario, Baywatch) got an endowment from Luthor (Zachary Quinto, Star Trek) to help her journalism career, which she promptly uses to bust a big story sending Luthor to prison. 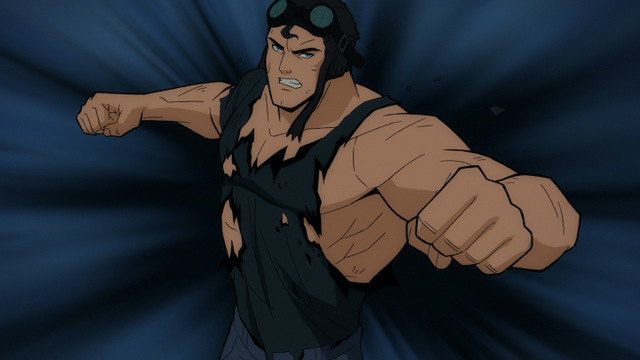 And his actions haven’t gone unnoticed as a mysterious figure, John Jones (Ike Amadi) is stalking him. And that’s before Lobo (Ryan Hurst, The Walking Dead) comes looking for the Last Kryptonian resulting in the creation of Parasite (Brett Dalton, Agents of SHIELD).

Sheridan tried to cram too much into the film, which either needed this introspective look at Clark Kent and what makes him decide he wants to be a hero with his abilities or a fairly early Superman Year One style take where he’s still learning the ropes. The foundation is there and some of the changes Sheridan makes aren’t bad so much as different.

The animation style uses bold thick black lines in a big departure from the New 52 style, which aimed for a more realistic visual. Colors are brighter and overall cheerier, reminiscent of the Batman: The Brave and the Bold cartoons.

Superman’s costume was OK, but the yellow belt was noticeable in its shift to red. Martian Manhunter’s character design was terrific while Parasite’s just looked like a pink version of the white xenomorph from Alien Resurrection. Director Chris Palmer actually does a very nice job with the action sequences, which are clean and easy to follow. 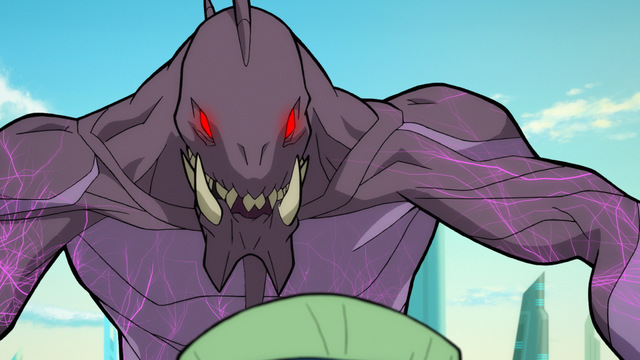 The voice cast was mostly unimpressive. Criss’ portrayal of Superman is missing something. Superman isn’t cocky, but he has a baseline confidence that he’s doing the right thing and his unwavering faith in good is inspiring. There’s none of that here and Criss’ Clark becomes more Superman out of script necessity than a desire to help others.

Qunito’s Luthor is a step down down from the lackluster take from Rainn Wilson in the New 52 films. This is a result of being spoiled by Clancy Brown delivering the iconic Lex Luthor voice and everyone else feels extremely pedestrian by comparison. 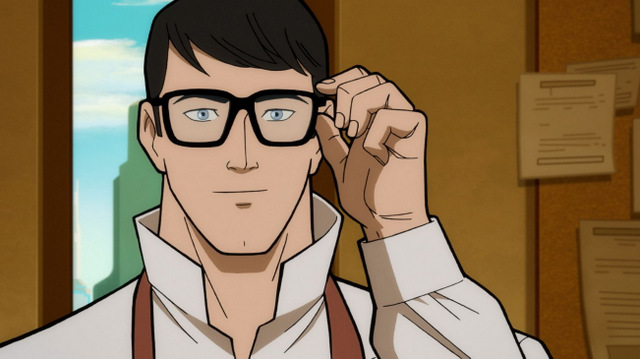 Lobo is a tricky character to get right, but Hurst struggled to make the character his own. Daddario is probably the best cast choice as she captures this take of Lois well.

Unlike the recent New 52 films there’s no post-credit scene, which seems like a missed opportunity to tease more of Superman’s Justice League allies potentially showing up. 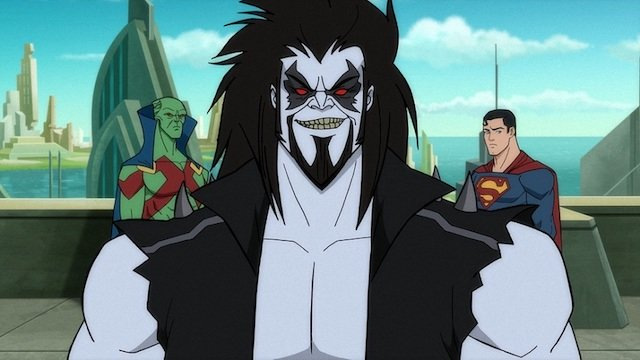 Superman: Man of Tomorrow is serviceable enough film for those longing for some new DC material. Its story isn’t especially memorable, but the effort is there and sets this potential new Superman franchise up for superior sequels.

Superman: Man of Tomorrow comes out on Blu-Ray tomorrow. Grab your copy now from Amazon.