Love, Guaranteed is a simple no frills 90s-era romantic comedy throwback with two charming leads, a basic premise and not a lot of ridiculous subplots and conveniences to drag the movie out. Maybe it’s a little too drama-free, but with this insane year I’ll happily take a rom com that just wants to entertain and be endearing for 90-minutes without trying to be an all-time classic.

Rachel Leigh Cook seemed poised to be one of the rom com darlings of the 90s following the now appreciated as a teen rom com classic She’s All That. Instead, she ended up entering the TV phase of her career earlier than expected and did a slew of voice acting (Final Fantasy and Star Wars fans have heard her performances since 2005). 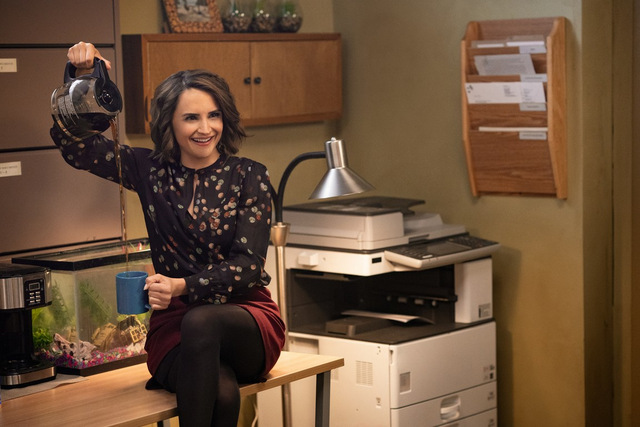 With Netflix being the go-to destination for credible rom coms, it makes sense for Cook to stage and produce her “comeback” effort in a project that somehow feels even more fitting in the isolated pandemic era.

Cook plays Susan Whitaker, an attorney for the little guy. But working for the little guy barely keeps the lights on or the water cooler in the office. At least Susan has two dutiful employees in Denise (Lisa Durupt) and Roberto (Sean Amsing, Always Be My Maybe).

Susan has a potential windfall when a well off client Nick (Damon Wayans Jr., Happy Endings) is happy to write a blank check to take his case against a dating website Love Guaranteed that guarantees users will find love. With about 30 million people using dating apps last year the odds are pretty good that not everyone is finding their match no matter which direction they swipe. 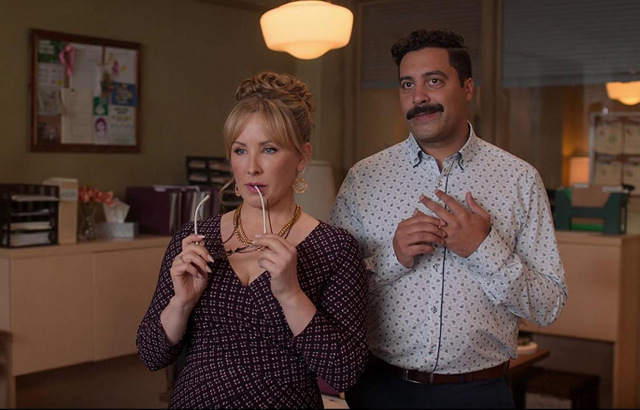 Nick was earnest about challenging Love Guaranteed’s loophole and did go on the required 1,000 dates. That seems more than a little excessive (and expensive) to prove a point, but kudos to Nick for going all the way with this master level of petty.

In what shouldn’t come as a shock to anyone who’s ever watched a romantic comedy before, Nick and Susan start developing feelings for each other. Yes, yes sorry to post such a wild spoiler, but it comes with the genre.

Falling Inn Love screenwriters Elizabeth Hackett and Hilary Galanoy have the basic rom-com formula down, but they do tend to make the whole falling for someone feel a bit too easy. There’s not a lot of challenges or even general apprehension. If a guy owns up to going on 1,000 dates that would tend to make most women question his sincerity to finding true love. But, it turns out Nick is just an incredibly nice guy who’s apparently not very picky when it comes to choosing potential girlfriends.

This proves a bit of a sticking point with the film as no one, not even Nick’s ex-fiancee Arianna (Kandyse McClure, Battlestar Galactica) has a bad word to say about him. The odds of a nice guy not having some form of chemistry with at least one woman out of a 1,000 seems kinda ridiculous. And Nick’s solution to get Susan’s hyper nephew to bed by giving him ice cream should prove he’s not quite ready for fatherhood if nothing else. 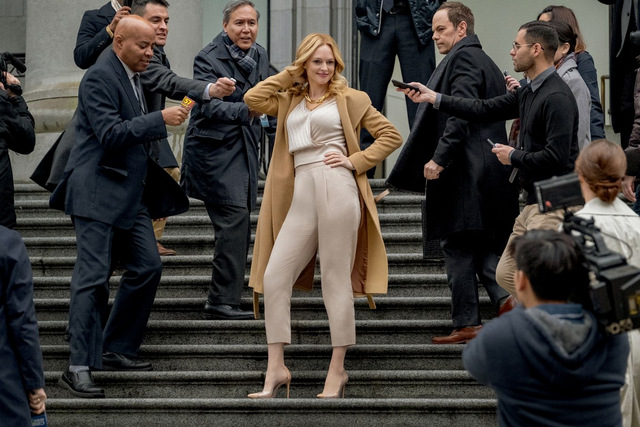 Cook and Wayans play their roles well. Their chemistry wasn’t exploding off the screen, but it was believable enough to work for the film. I’m torn on the complete lack of discussion on the interracial relationship.

Not seeing color is a commendable goal yet there’s some cultural differences that could make for some funny moments presuming they avoid veering into stereotype territory. Wayans did that to great effect in Happy Endings with his co-star Eliza Coupe and Cook has that same kind of awkward humor that would have played well here.

One of the film’s highlights is when Susan does dating app research and goes on a few dates herself. Heather Graham has a fun supporting role as the quirky and pseudo-worldly founder of Love Guaranteed. Amsing and Durupt have funny moments in limited doses though their amount of screen time was probably just right so they didn’t wear out their welcome. 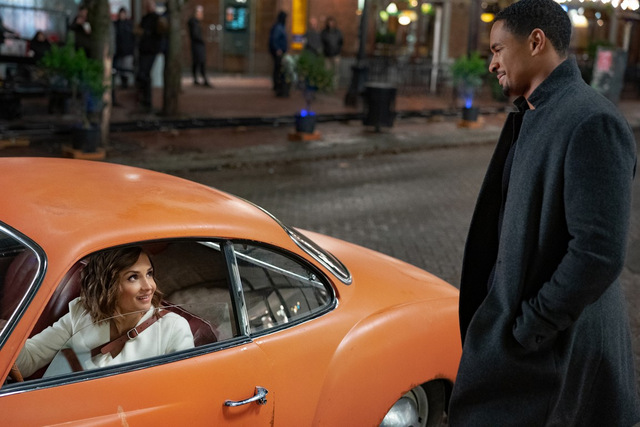 Love, Guaranteed isn’t the year’s best rom com, but it’s the kind of film that makes for a pleasant distraction. You might not even remember it two hours after it’s over and that’s perfectly fine. Some good dates don’t lead to a relationship or marriage either and can just be enjoyable enough for that moment.