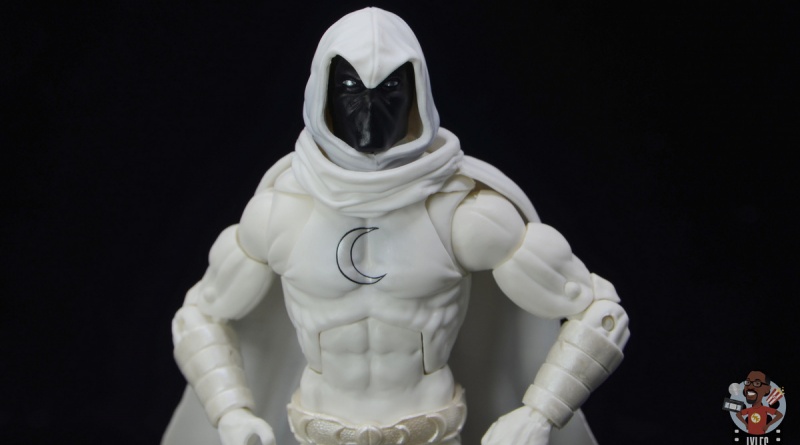 I wasn’t interested at all in the modern take on Moon Knight. I’m getting a better sense of Hasbro’s release strategy and I didn’t mind waiting in this case. That patience paid off with the Walgreens exclusive Moon Knight. Let’s see if this figure will rise to the top of my Marvel Legends display.

Packaging:  Hasbro mixed things up with this one as Moon Knight has a white package with his logo. 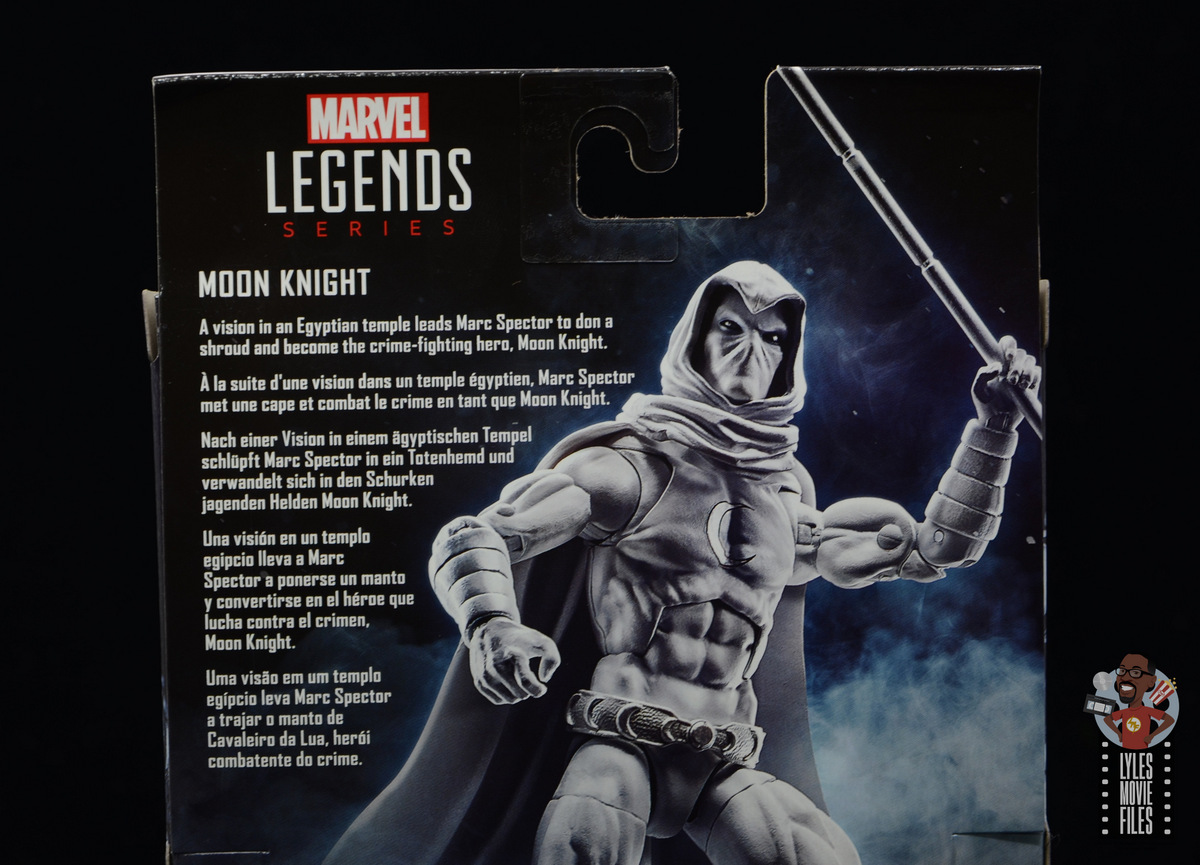 The side package features a cool drawing of the character shrouded in darkness and his bio neatly summarizes his origin. 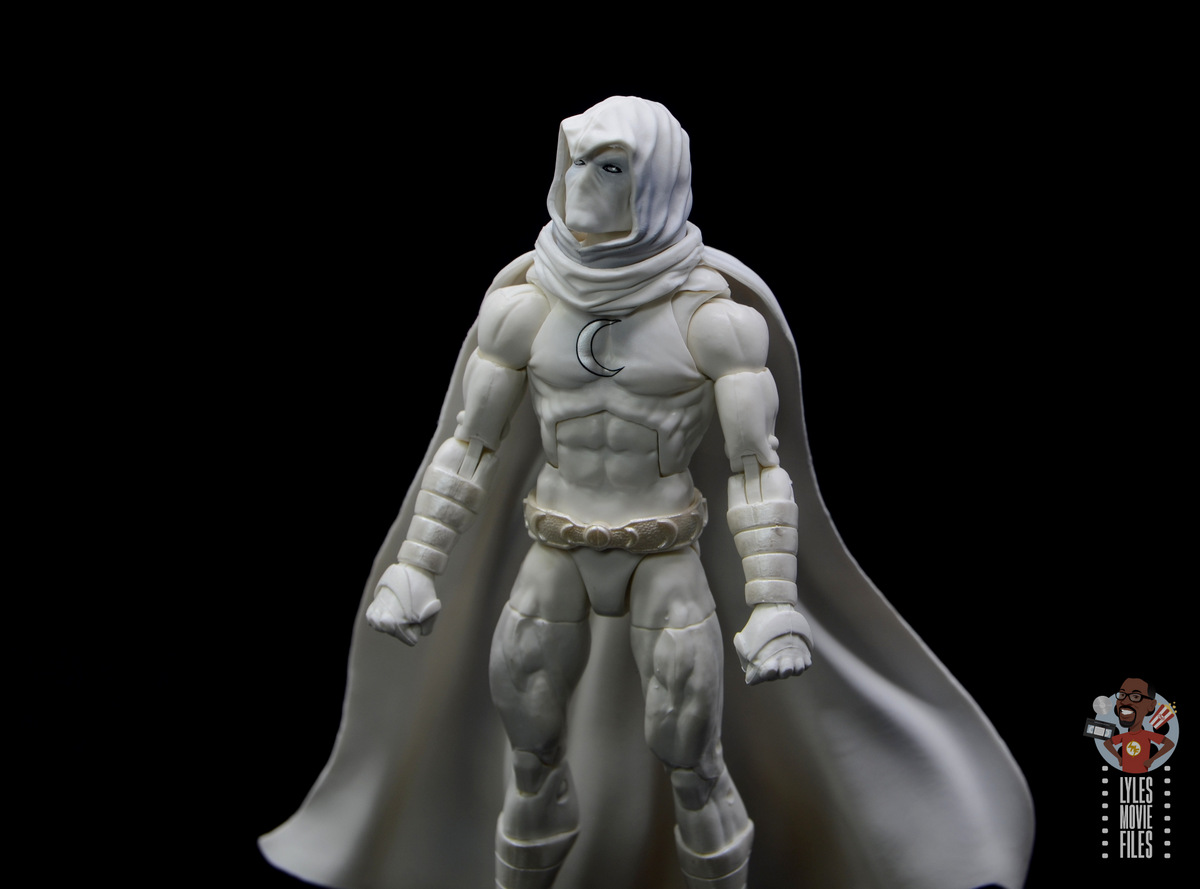 Likeness:  While more of a classic setup, this is a modern take on the costume based on David Finch’s version with the segmented gauntlets and boots and the crescent moon belt. I liked the gold accents circa his West Coast Avengers days, which added a splash of color, but this less intricate outfit is cool too. 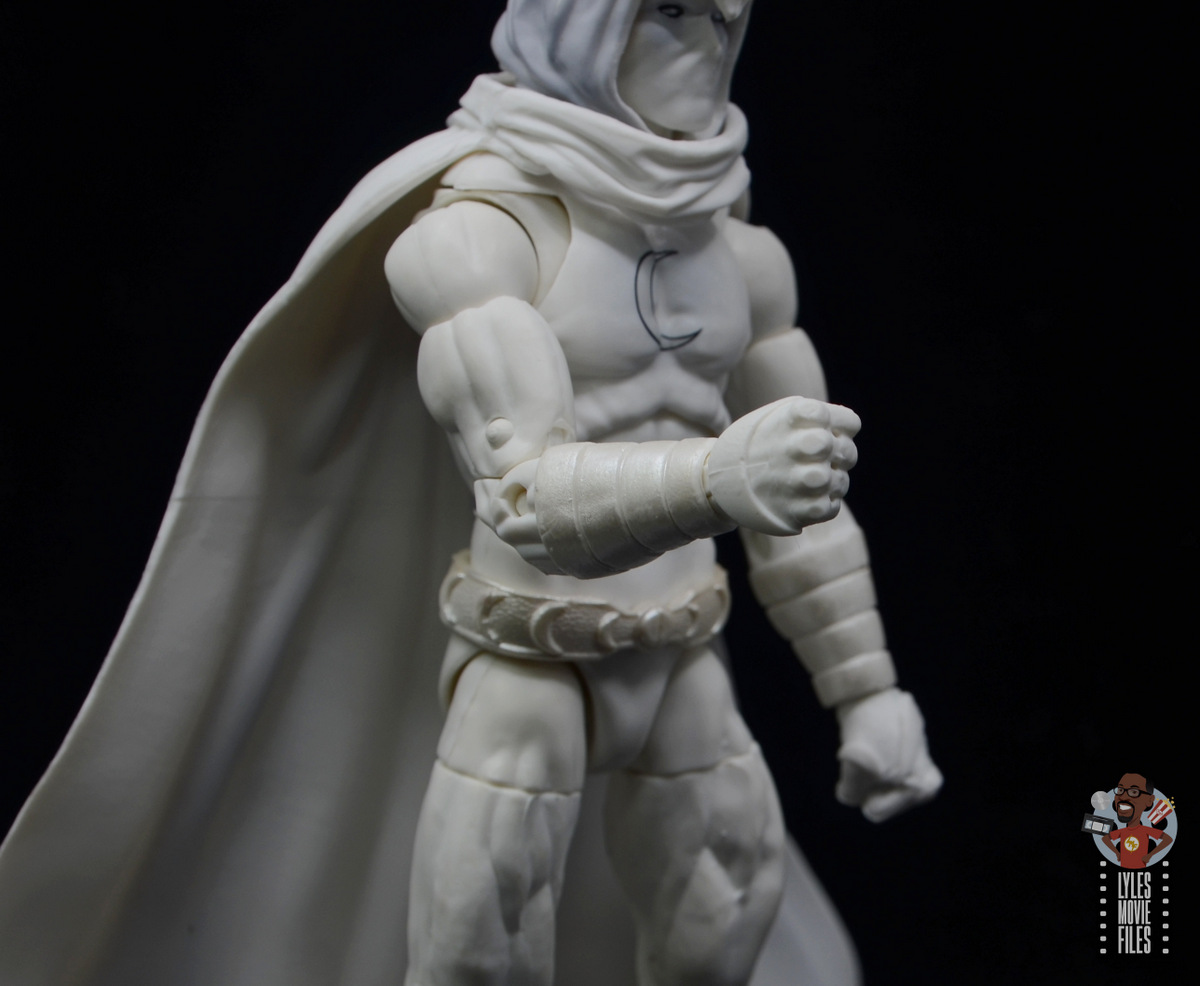 The gloves get an extra dose of sculpting with crescent moon knuckles. It’s a nice extra touch. My favorite part of the figure is the head sculpt, which actually captures his masked look well. I wonder it’s possible to remove the hood and go with the white suited look Moon Knight sported for awhile. 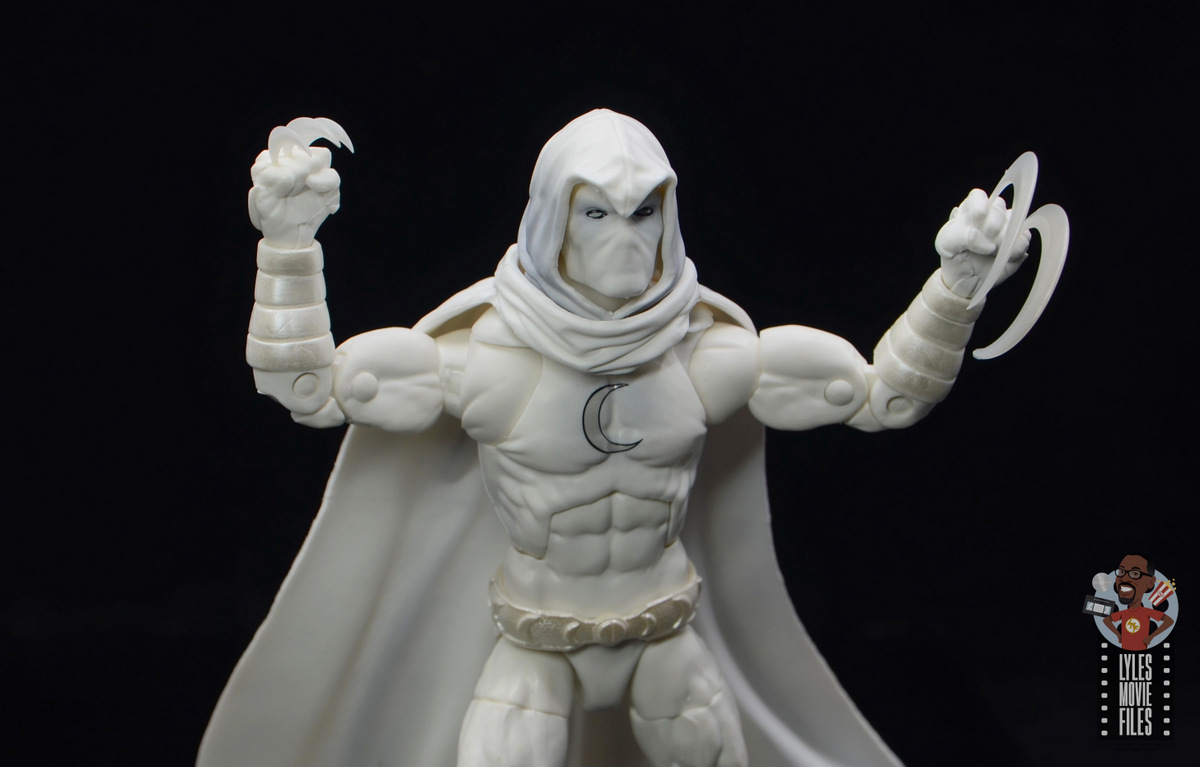 Paint:  You’d think there wouldn’t be much paint apps on a character in all white, but Hasbro didn’t take any shortcuts.

The gauntlets, belt and boots are cast in a pearlescent white. This helps give the figure some needed depth and avoids giving him a boring visual. The black outline around the eyes and the work on the chest logo is also very sharp. I also appreciate that Moon Knight is just in white, not off white, eggshell white or curiously yellow snow white. 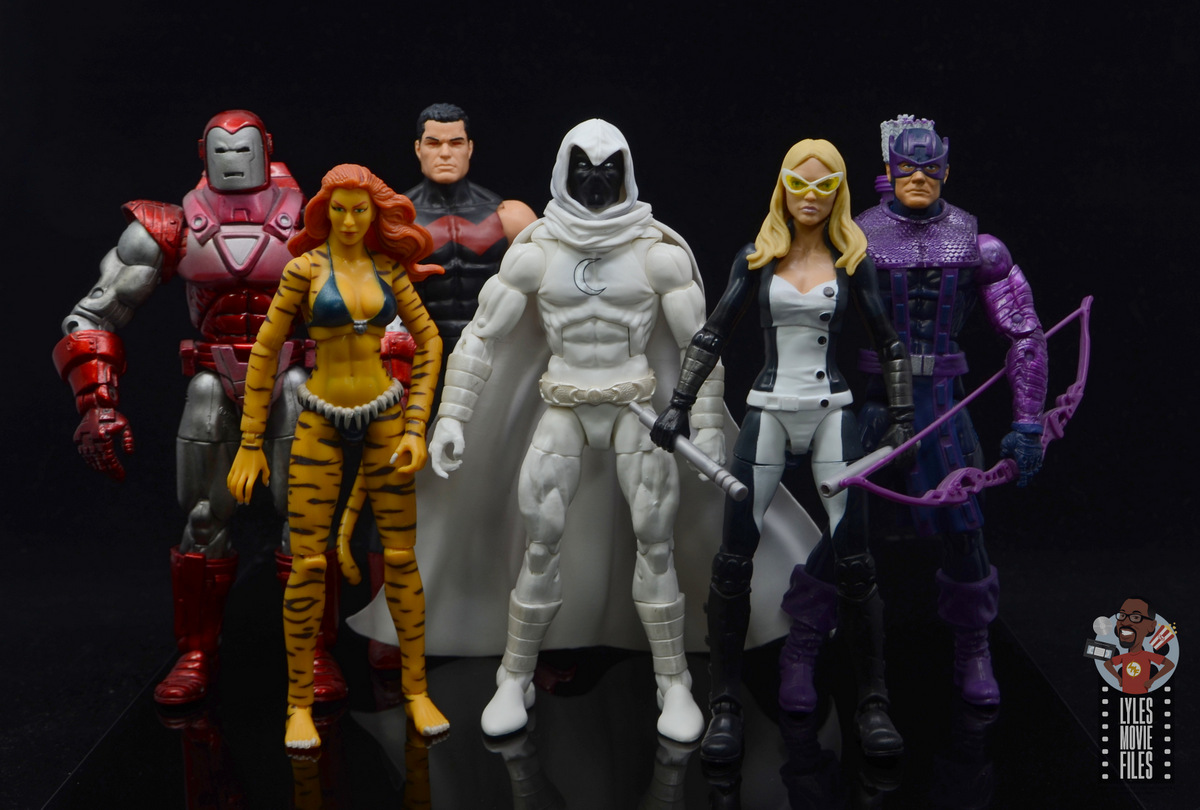 Scale:  Moon Knight is a regular guy and is fine being the same height as standard figures. With the Sunfire mold, he stands at the appropriate height next to other Avengers. 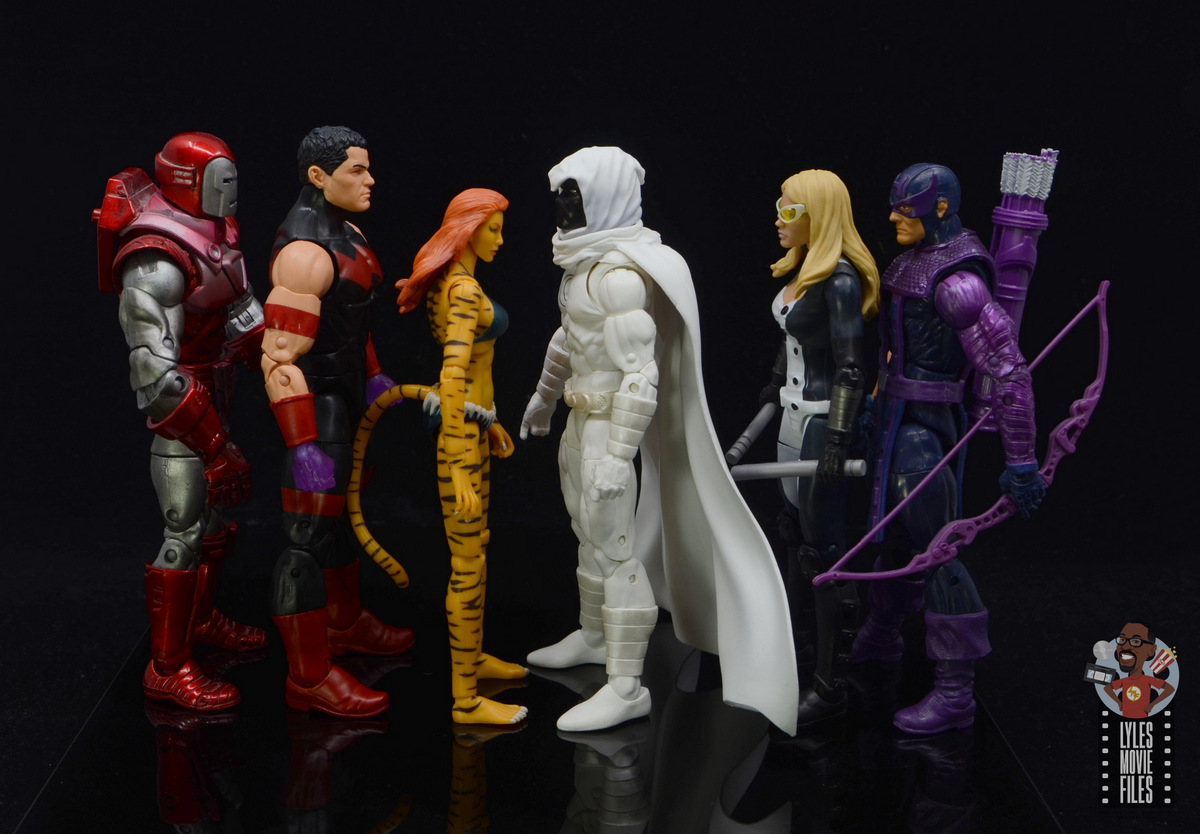 Articulation:  The Sunfire mold allows for great posing and the cape doesn’t hinder too many of his brawling fighting style. 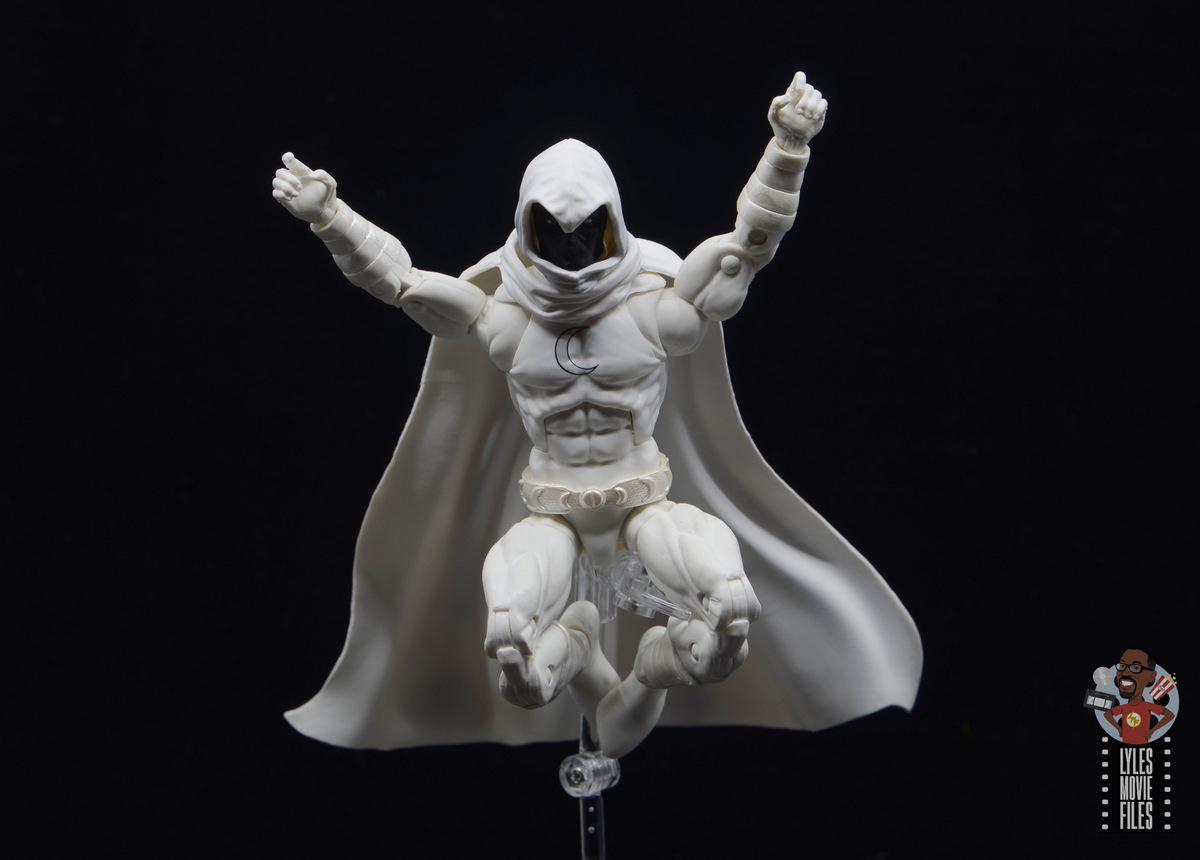 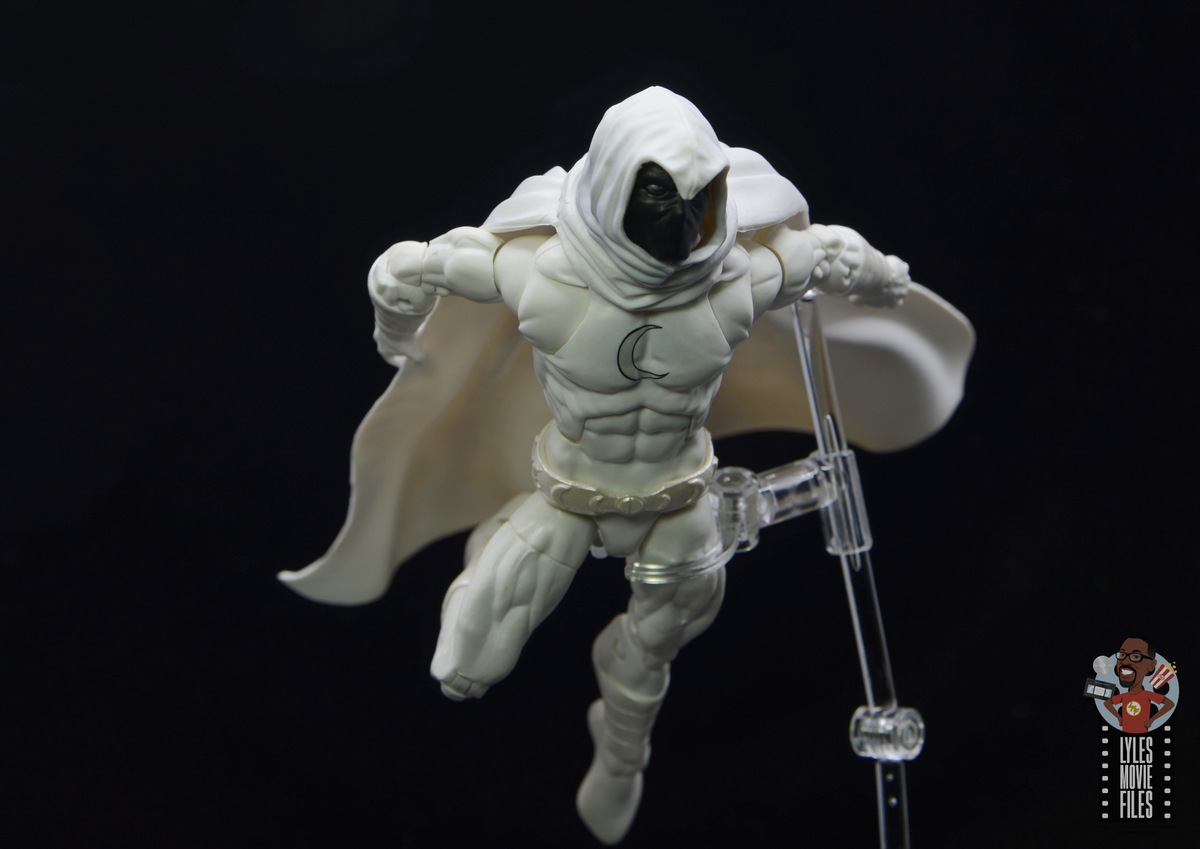 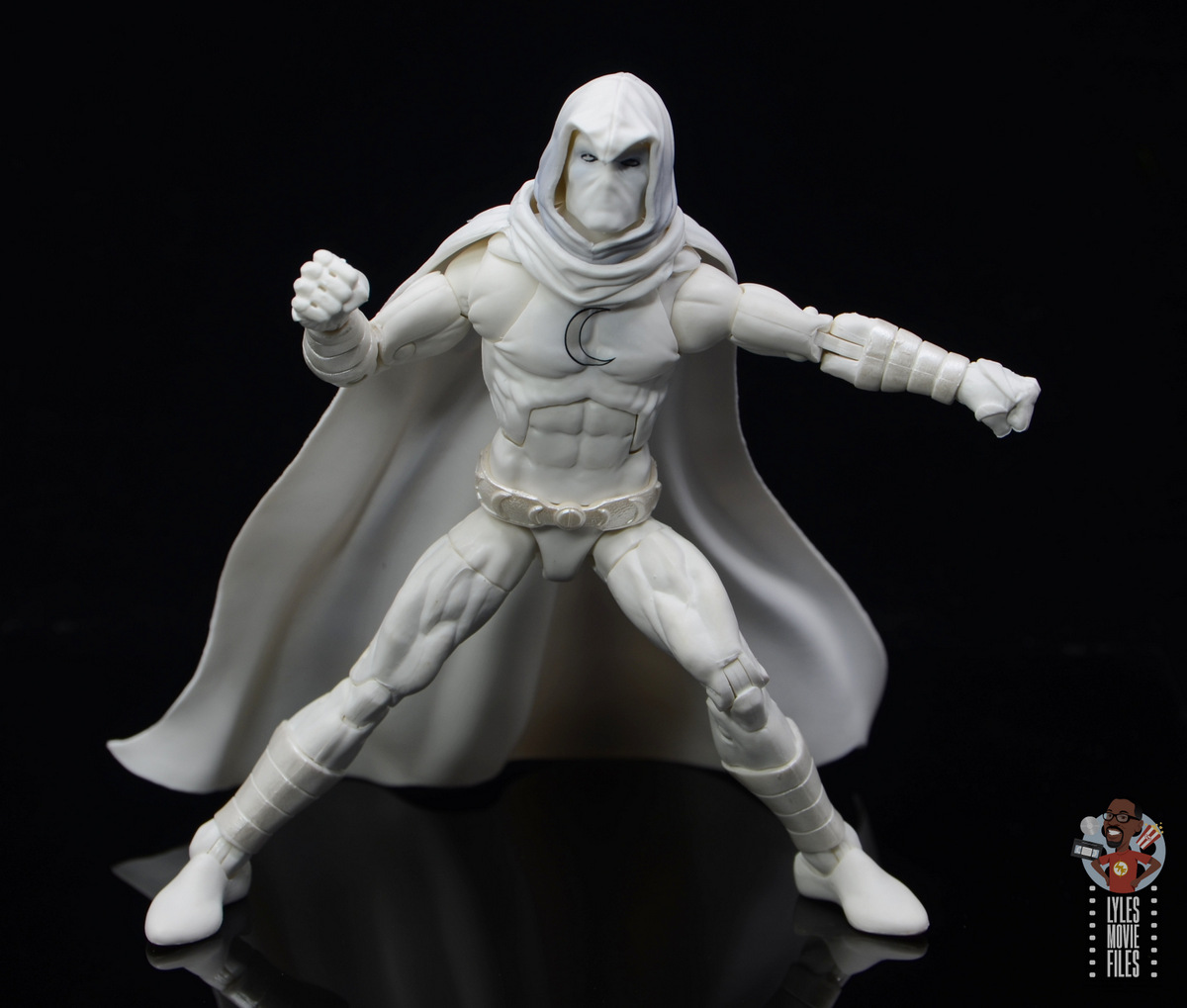 Accessories:  Moon Knight comes with a slew of goodies on the accessory front. 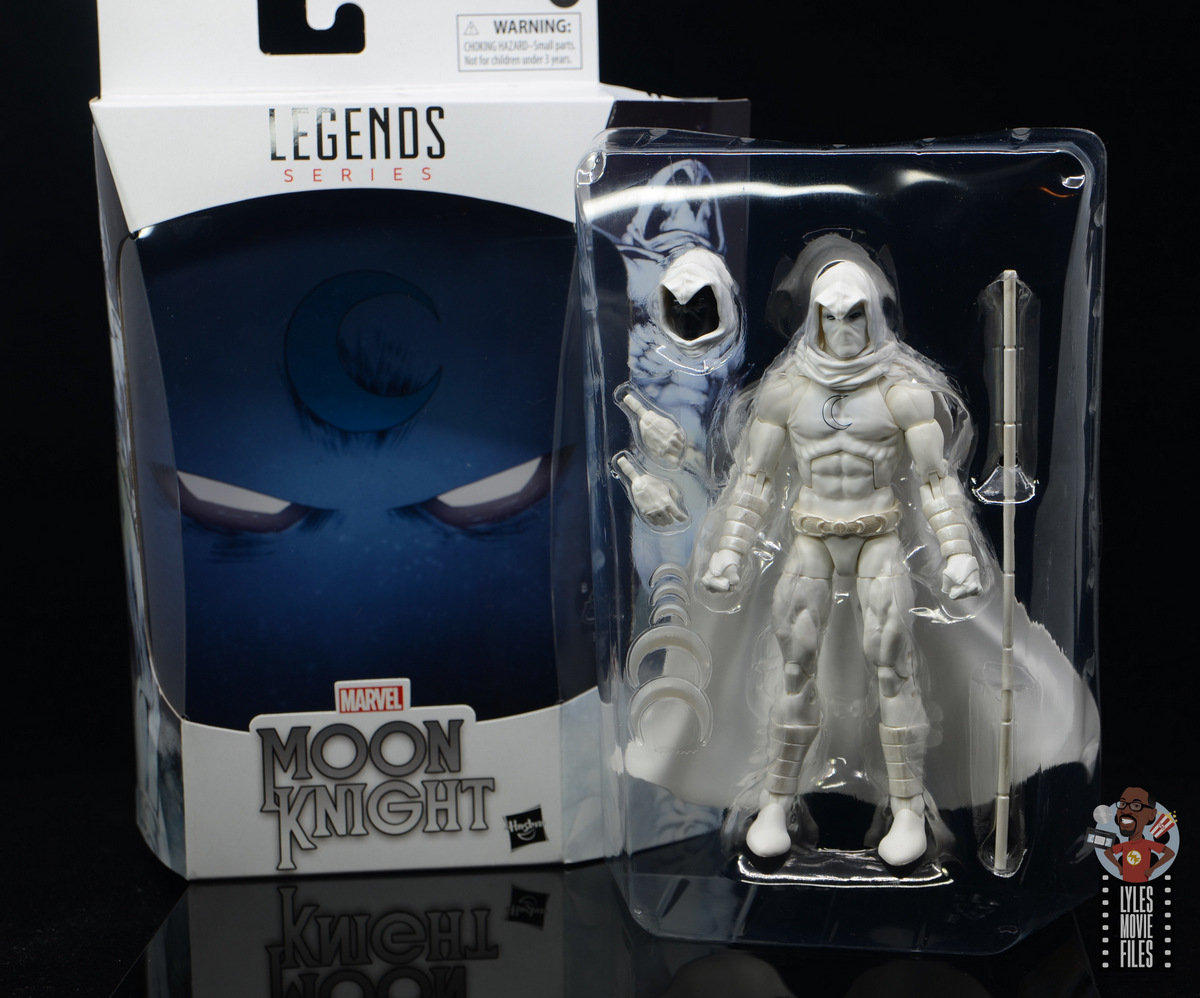 First he has an alternate head sculpt with the more traditional comic book paint set up with the black mask. That’s definitely going to be my default look for him. 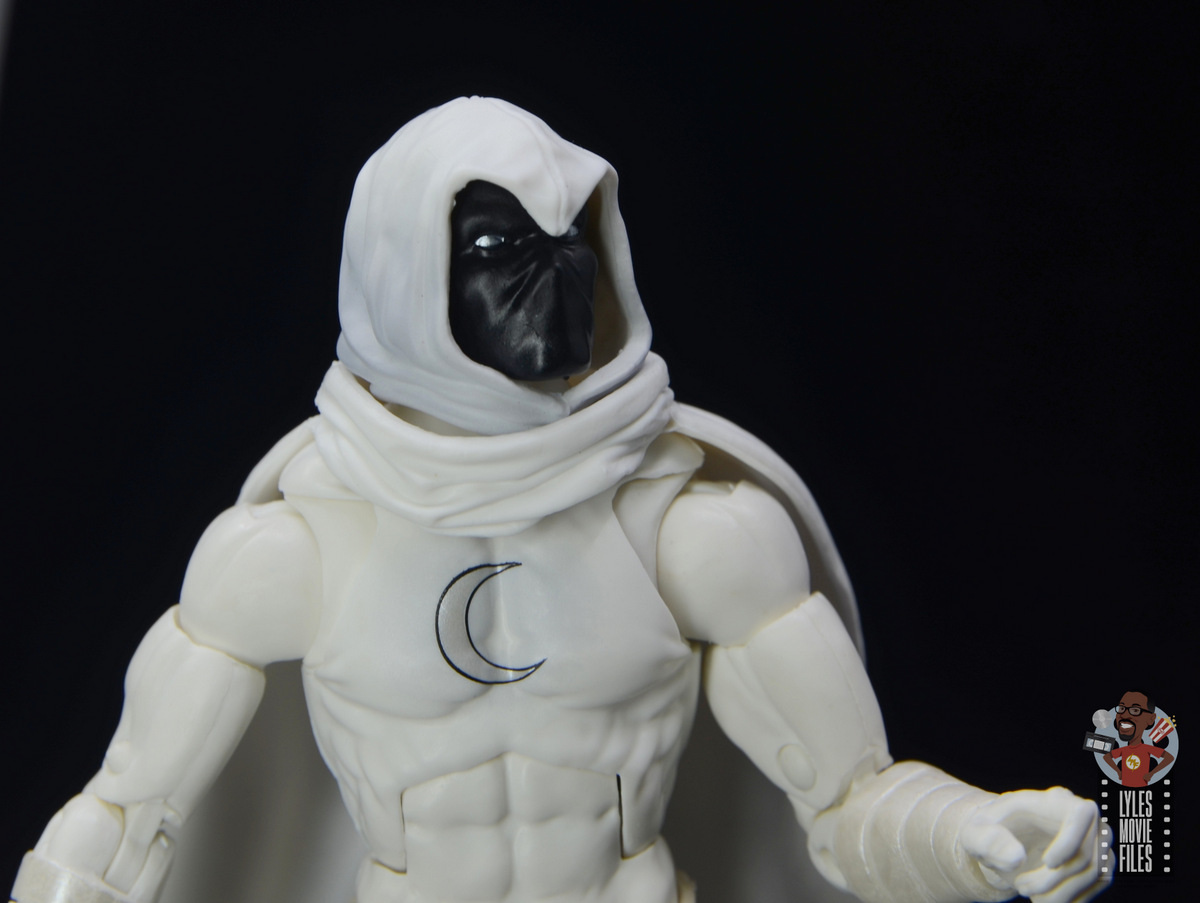 Moon Knight also has his trademark staff. It’s segmented and is an appropriate length for long-range battles. 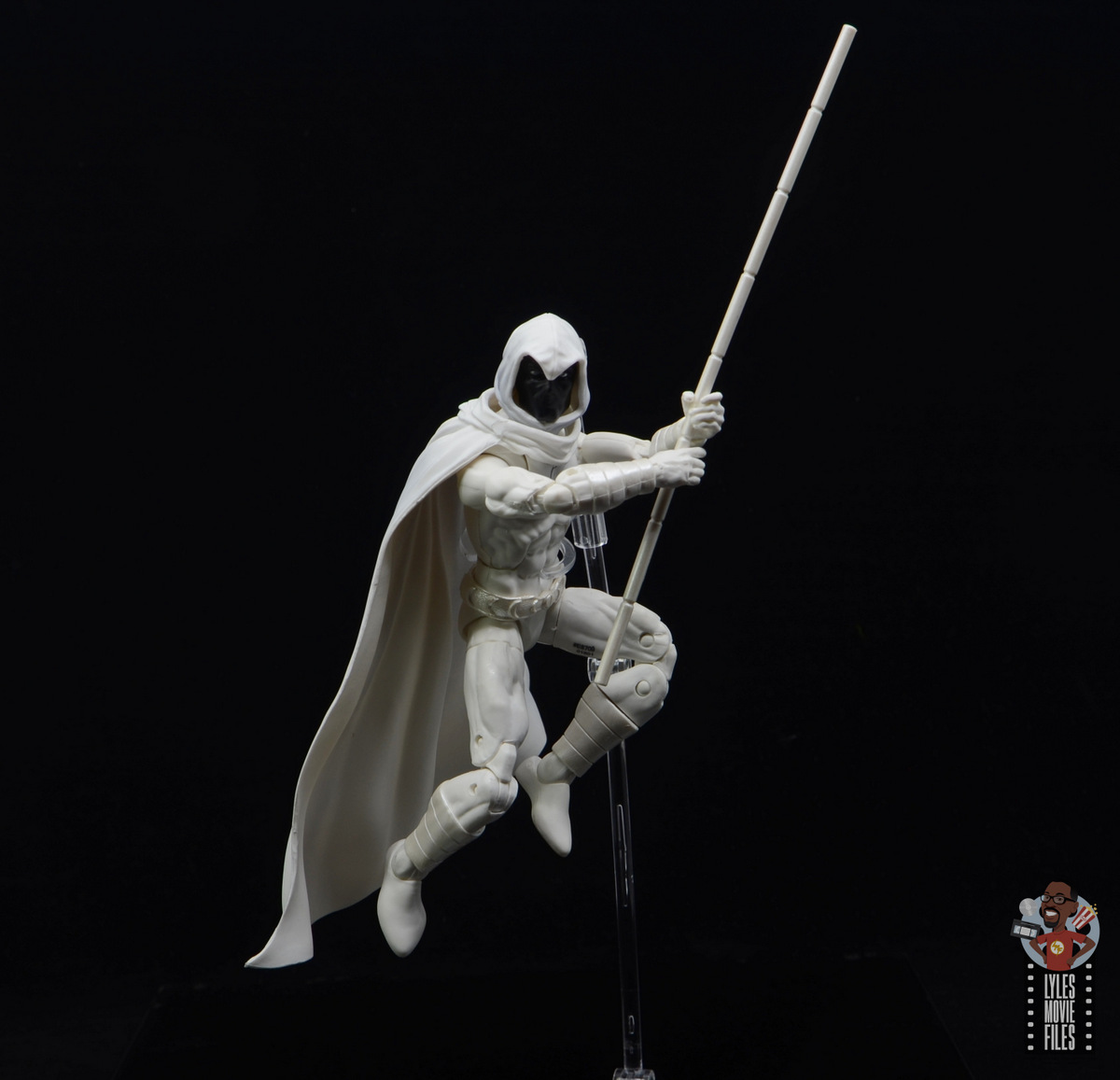 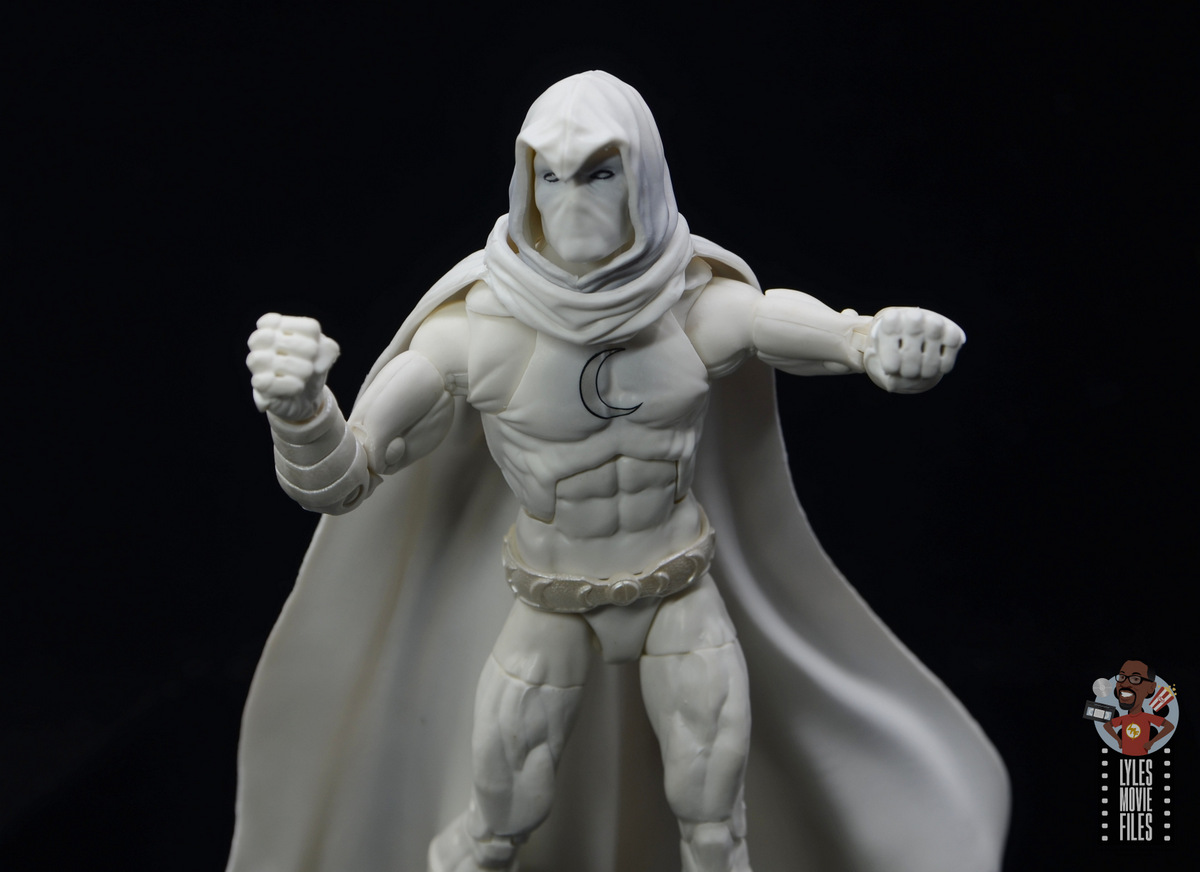 They fit in the slots in his hands, which can make for some fun display options. That’s a very nice touch and adds to the coolness factor of the figure. 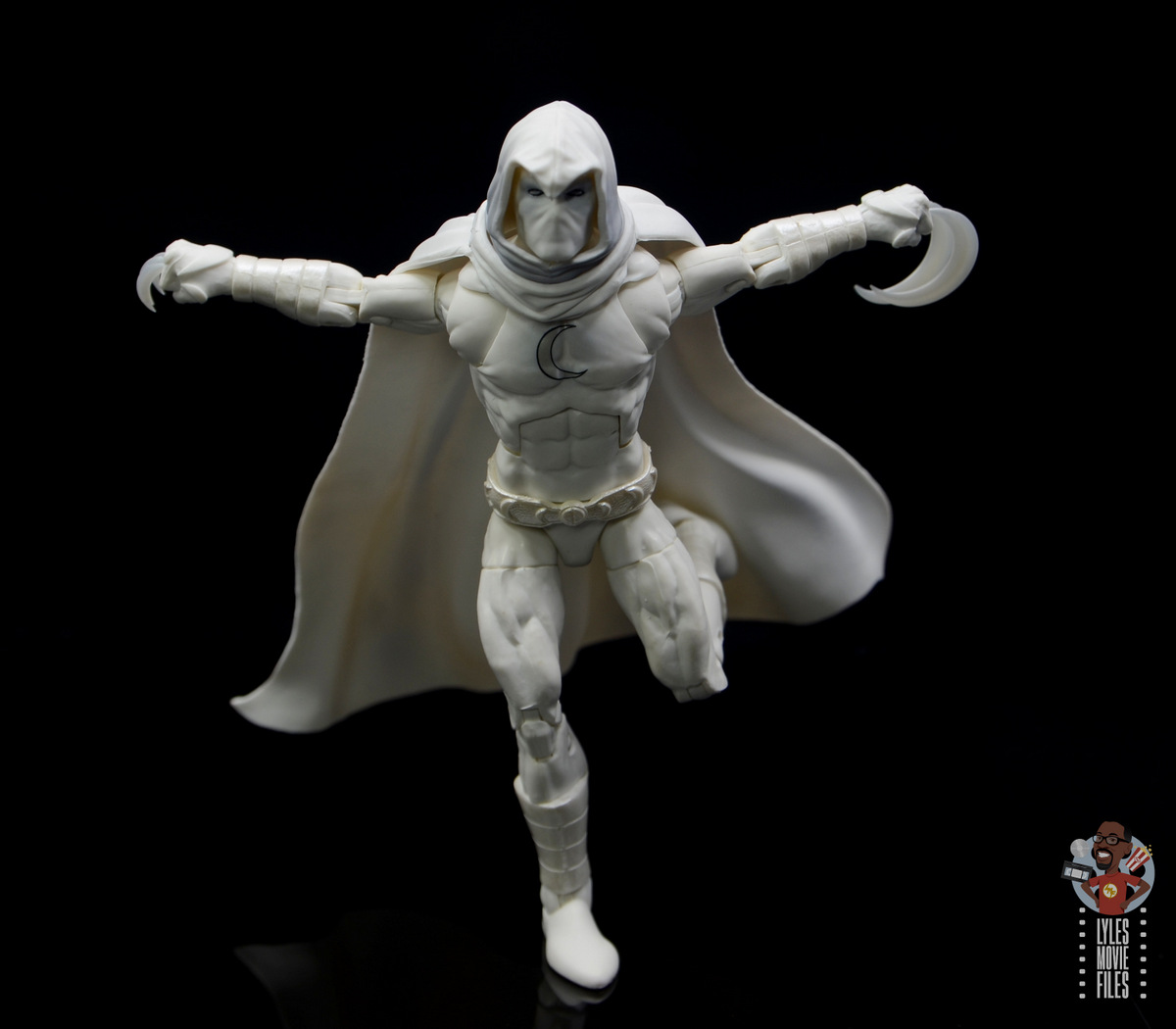 Worth it?  I got Moon Knight off of Walgreens’ website. That means he’s the regular $20 plus the expensive for no reason nearly $8 shipping. 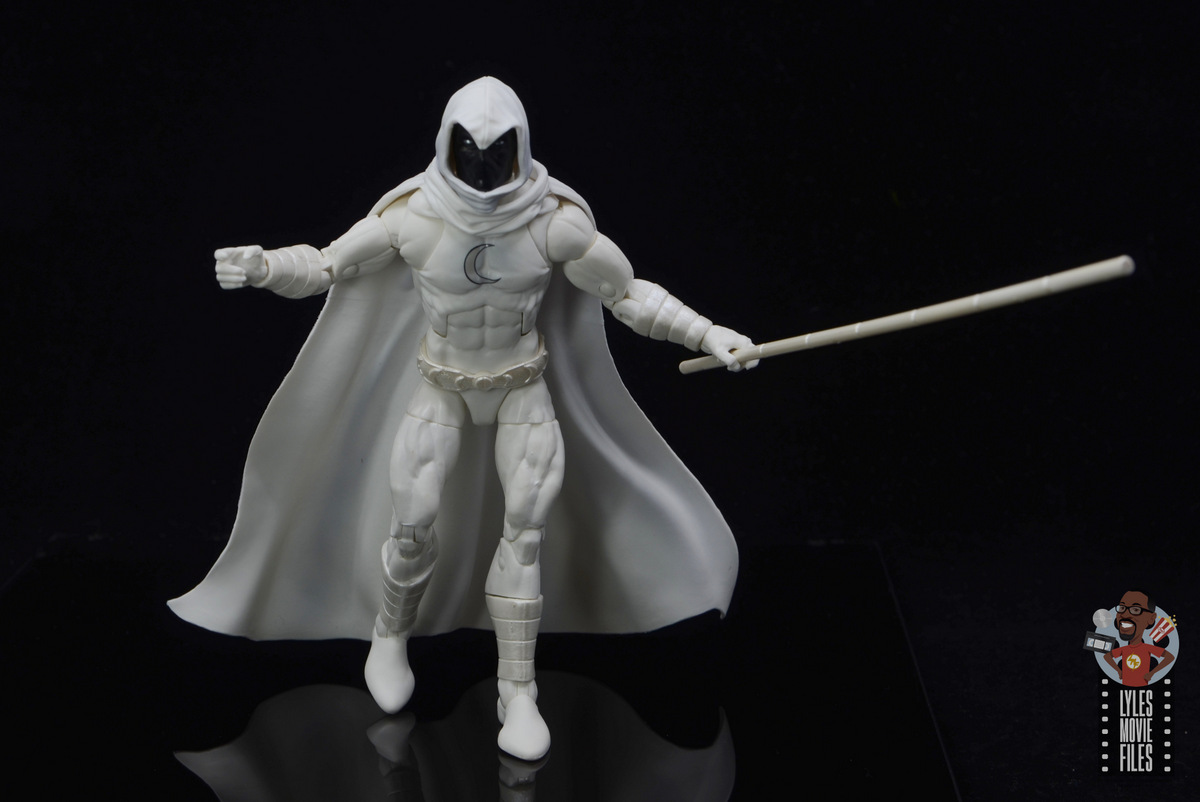 Yes, it avoids the hassle of finding an exclusive and he has been tricky to find in stores, but paying that extra bit is no fun.

I’m not sure what else Hasbro could have done with this figure for me to be more satisfied with this figure save making him a regular release, but Moon Knight himself is exceptional and a big winner for me. 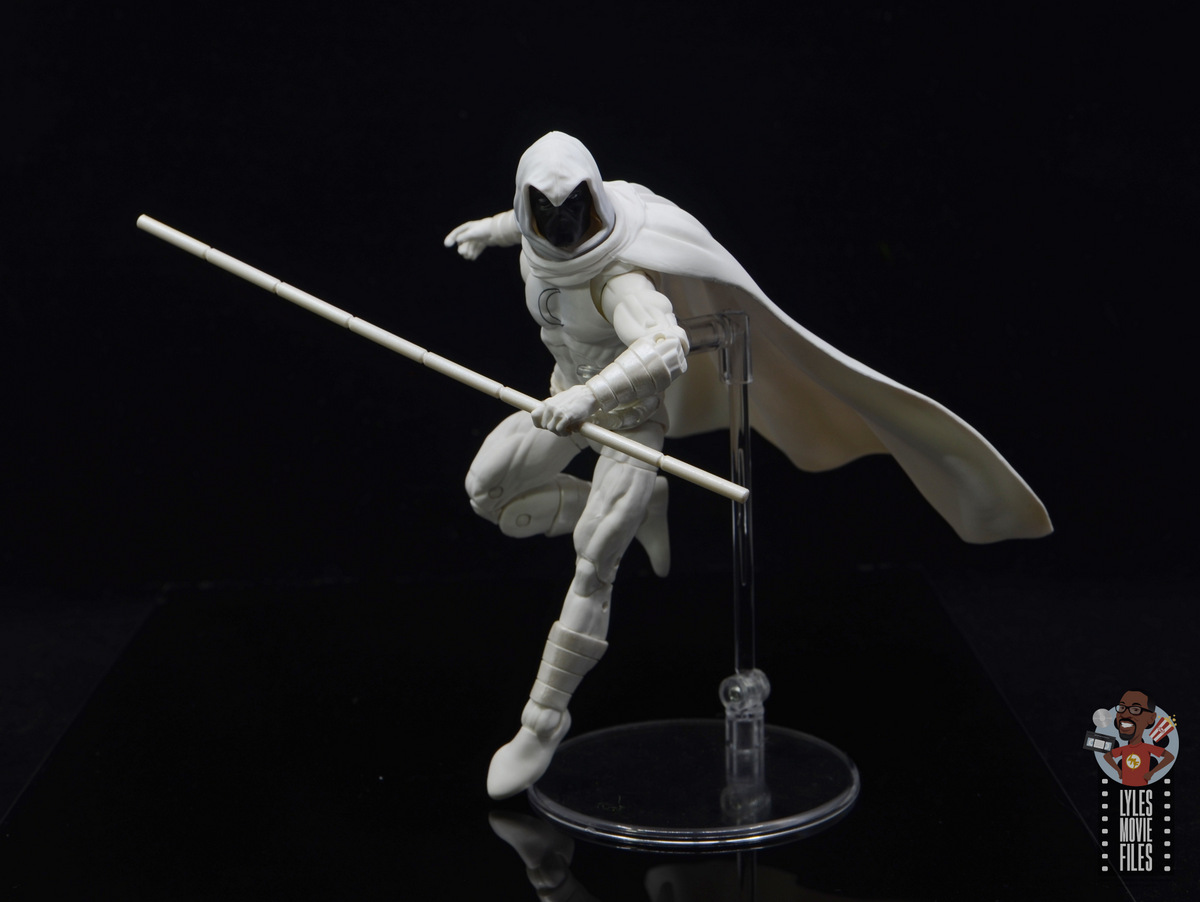 Where to get it?  Maybe you could get lucky and find him in stores. Otherwise it’s off to the secondary market including some Amazon.com resellers. 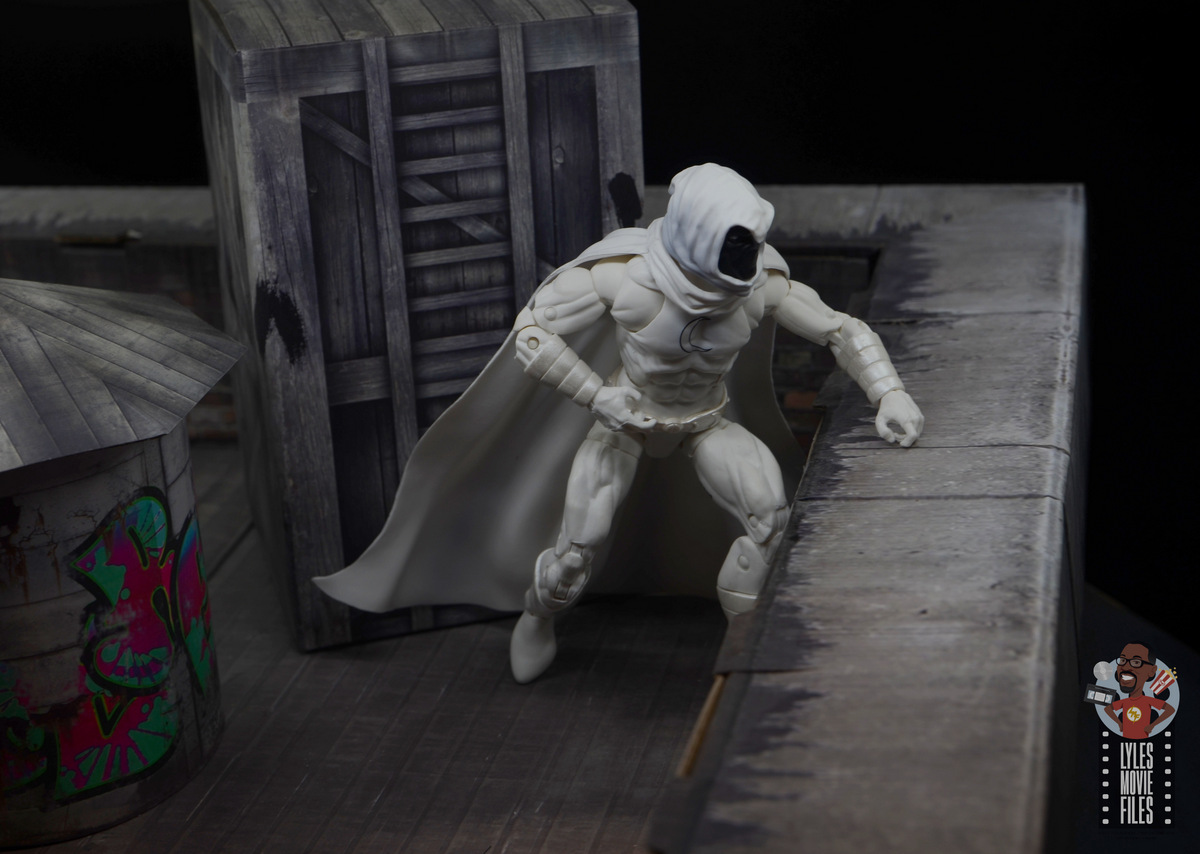