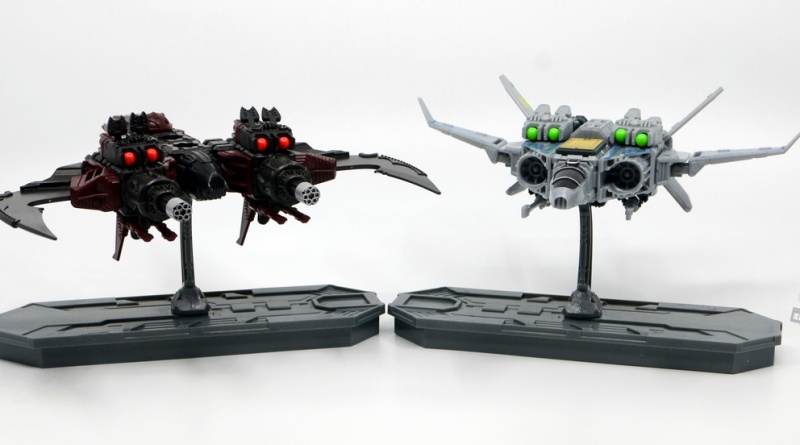 If you’ve gone hunting for G.I. Joe Classified Series figures at Target, you’re indirectly very familiar with Snap Ships. The good folks at PlayMonster sent along two of the main Snap Ships – the Sabre XF-23 Interceptor and Scarab K.L.A.W. Interceptor to check out. Let’s see how they fly. 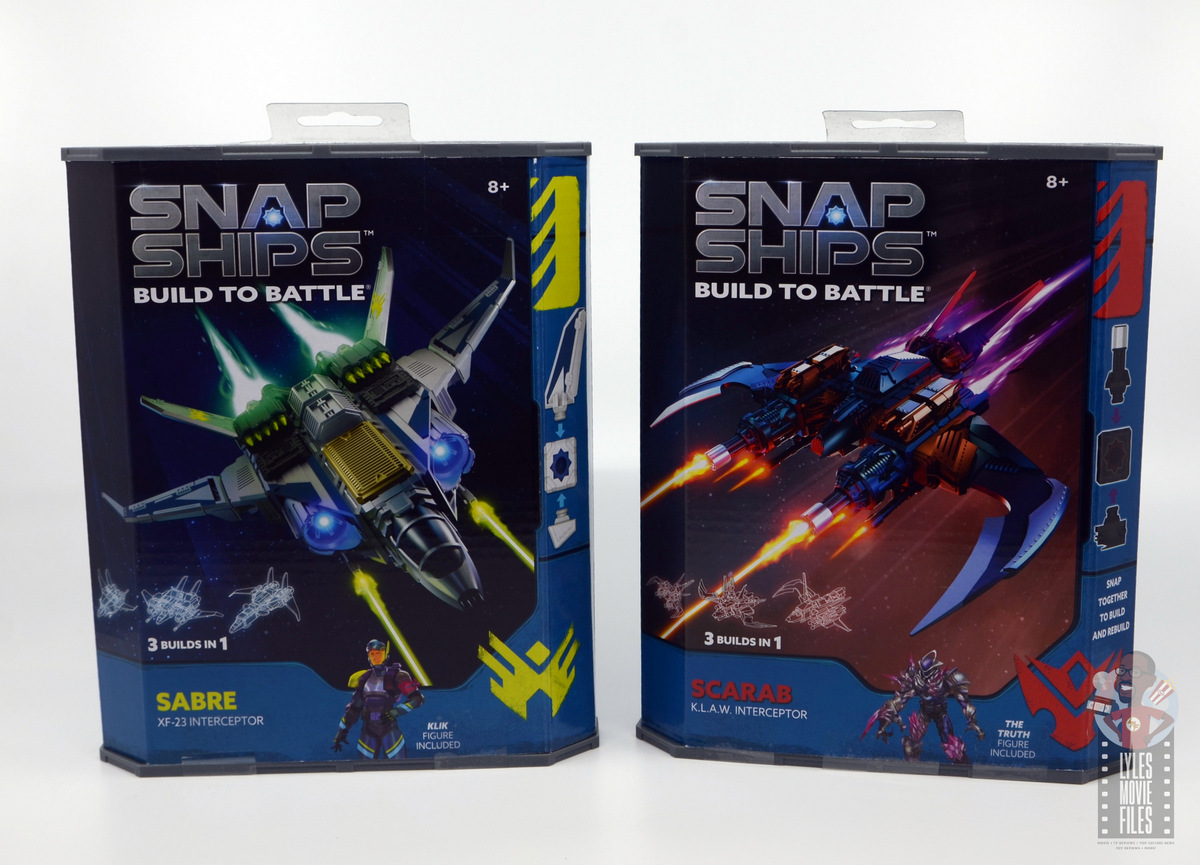 The basic concept with Snap Ships is they’re a construction-based toy line like LEGO. Each of the Interceptors come loaded with parts that can be used to design three base ships. 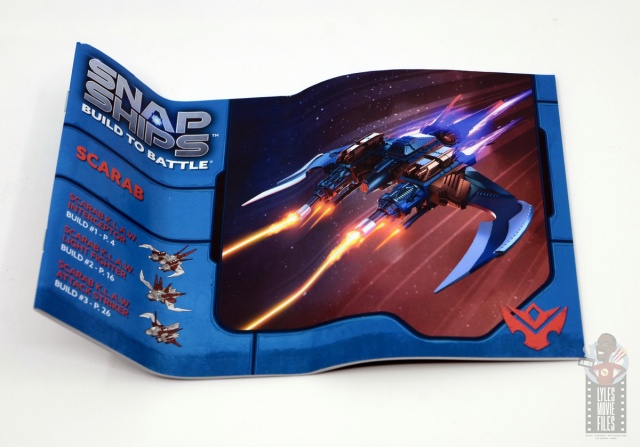 Of course thanks to the entire concept you’re not limited to just three designs. While trying to follow the instructions in building a few, I came up with a couple of different setups. 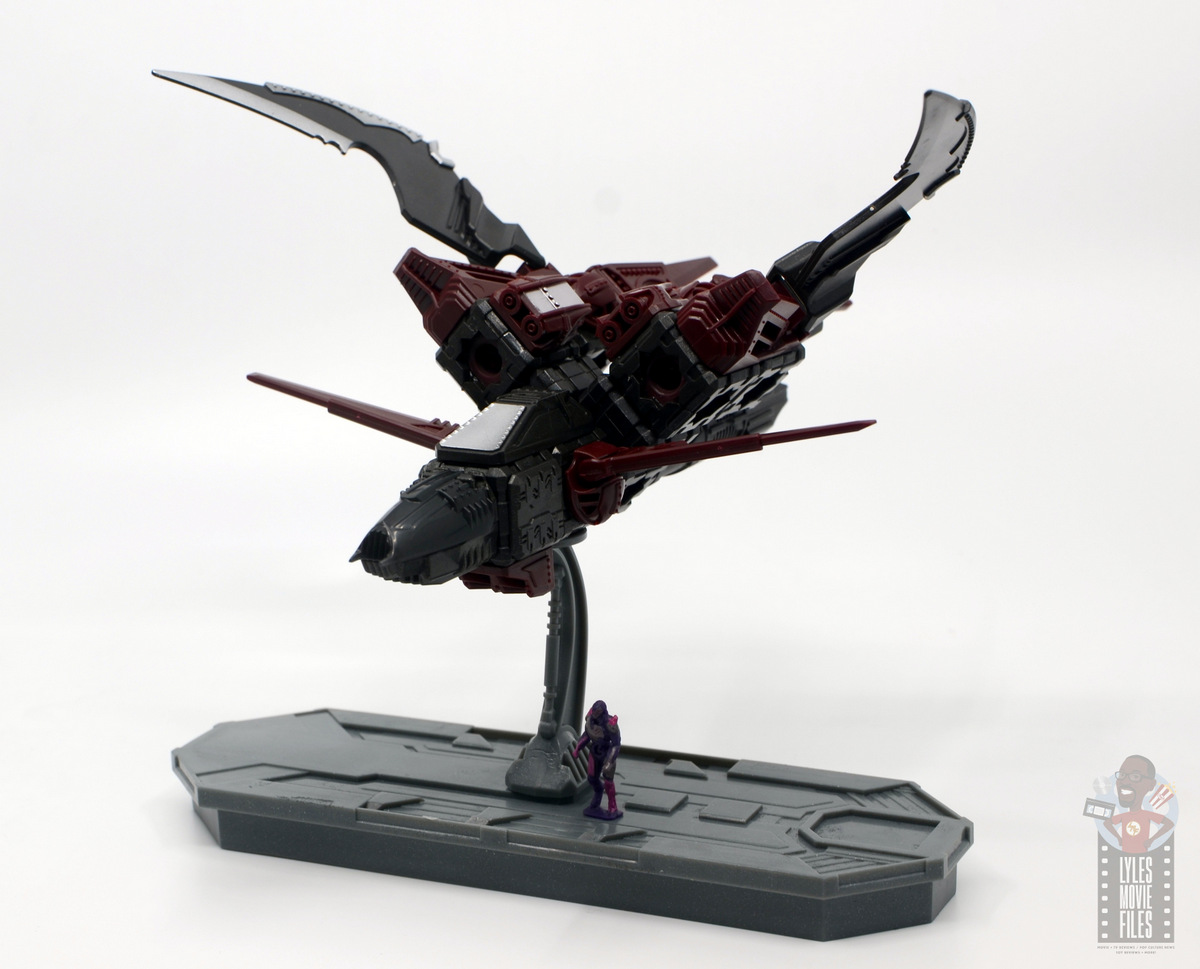 I started out with the Scarab piloted by The Truth. For a villain ship, the KLAW Interceptor really looks cool thanks to its main base element of swing wings with their edge blades capable of ripping through armor. 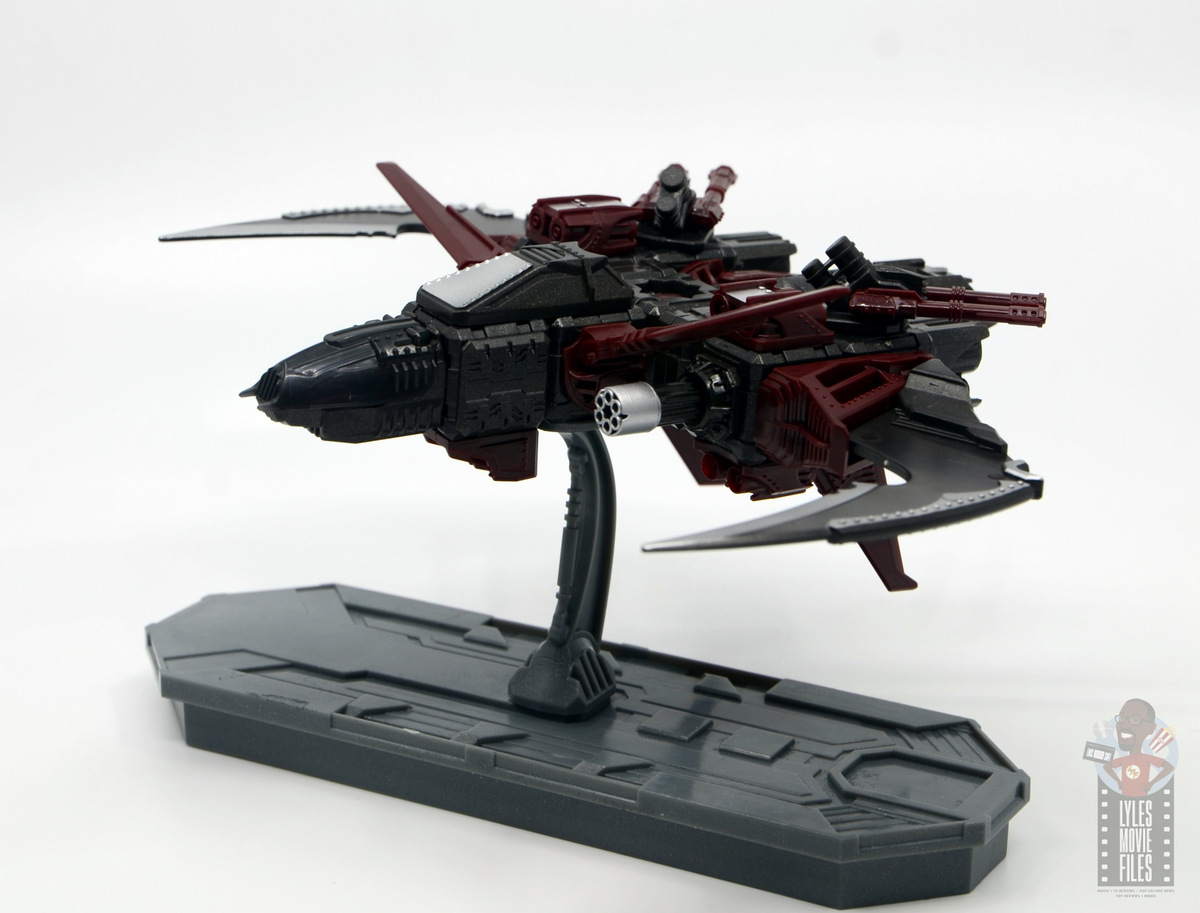 PlayMonster went the vintage Transformers route with a bio card and block stats showing off the strengths and weaknesses along with a write up. I love this and the breakdown of various weapon elements.

Make sure not to toss the packaging as there’s an important display feature.

After you design for a bit, it’s easier to follow the breakdown and get creative with your own builds. Creative folks could come up with some unique designs and there’s a possibility of stacking various ships together for super vehicles. 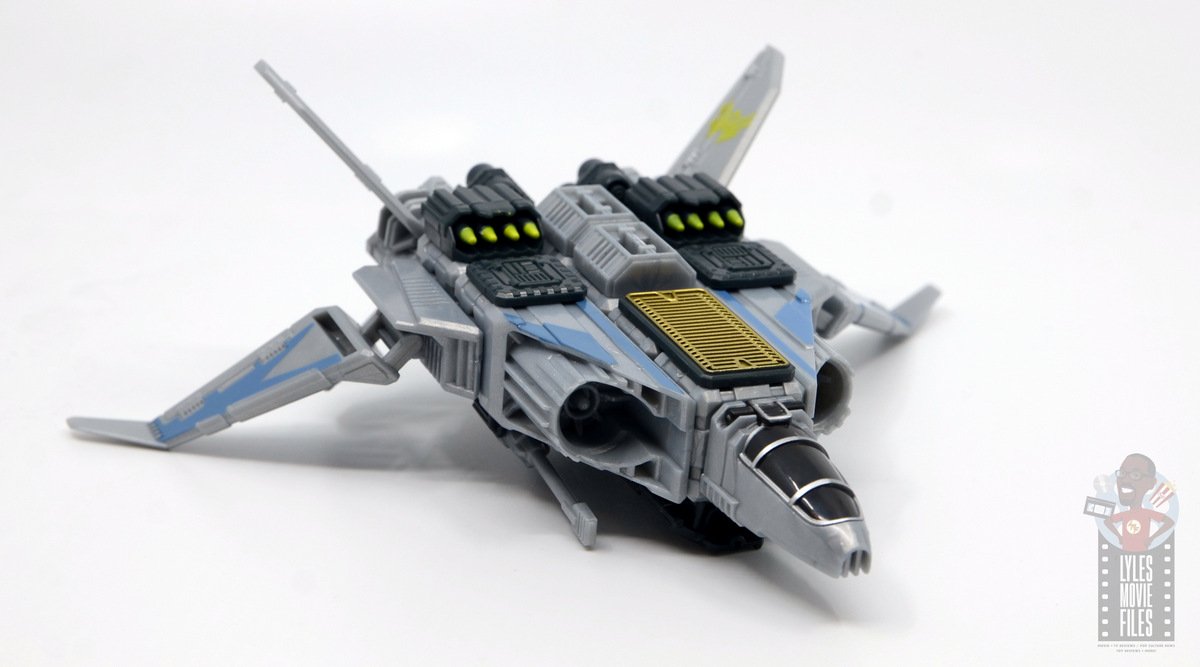 Another smart design factor is the inclusion of a tool separator piece.

The pieces lock in solidly and it’s not so much a problem of splitting them off by hand, but the tool separator makes that so much easier with minimal force. I can’t stress how useful that was especially as I fiddled around with various designs. 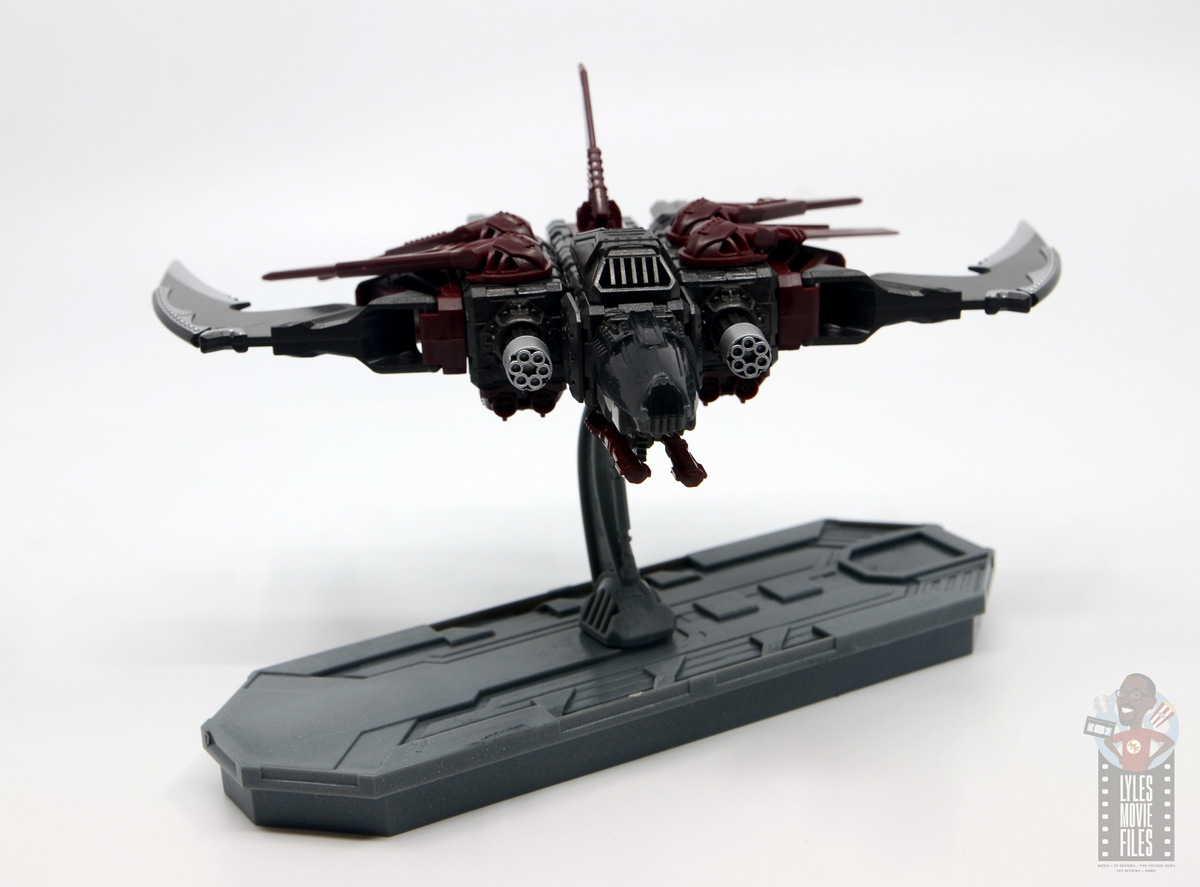 The K.L.A.W. Interceptor has a very cool blend of colors with its black, grey and maroon.

The Sabre XF-23 Interceptor utilizes a blue, white and grey color scheme. PlayMonster uses a pearlescent paint job through all of the parts to avoid a flat, dull color visual. This looks really good and helps the figures pop. 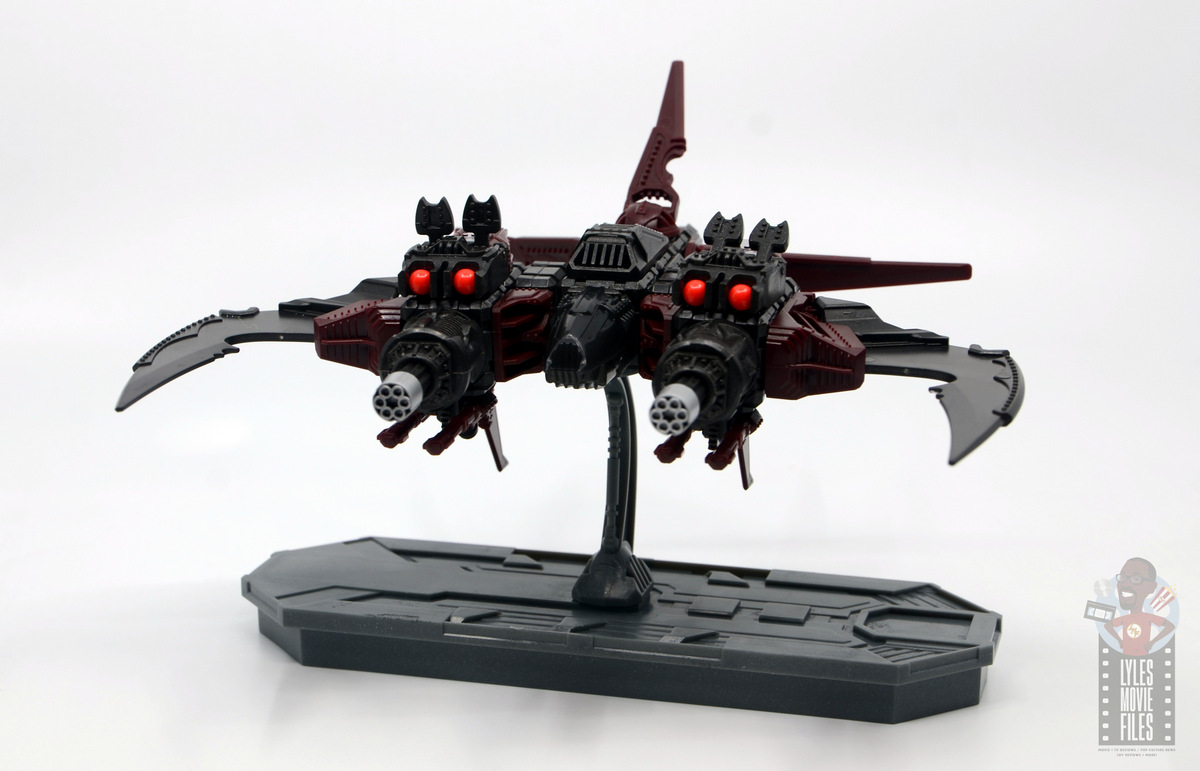 With three possible builds, the K.L.A.W. Interceptor ranges in scale. Some builds are much bigger than others. The largest, the Attack Striker, uses all the available pieces while the Light Fighter leaves plenty of pieces unused.

There’s bonus parts you can swap out that allow for projectile weapons that launch a fair distance just be mindful where you’re aiming — you don’t want to shoot your eye out. 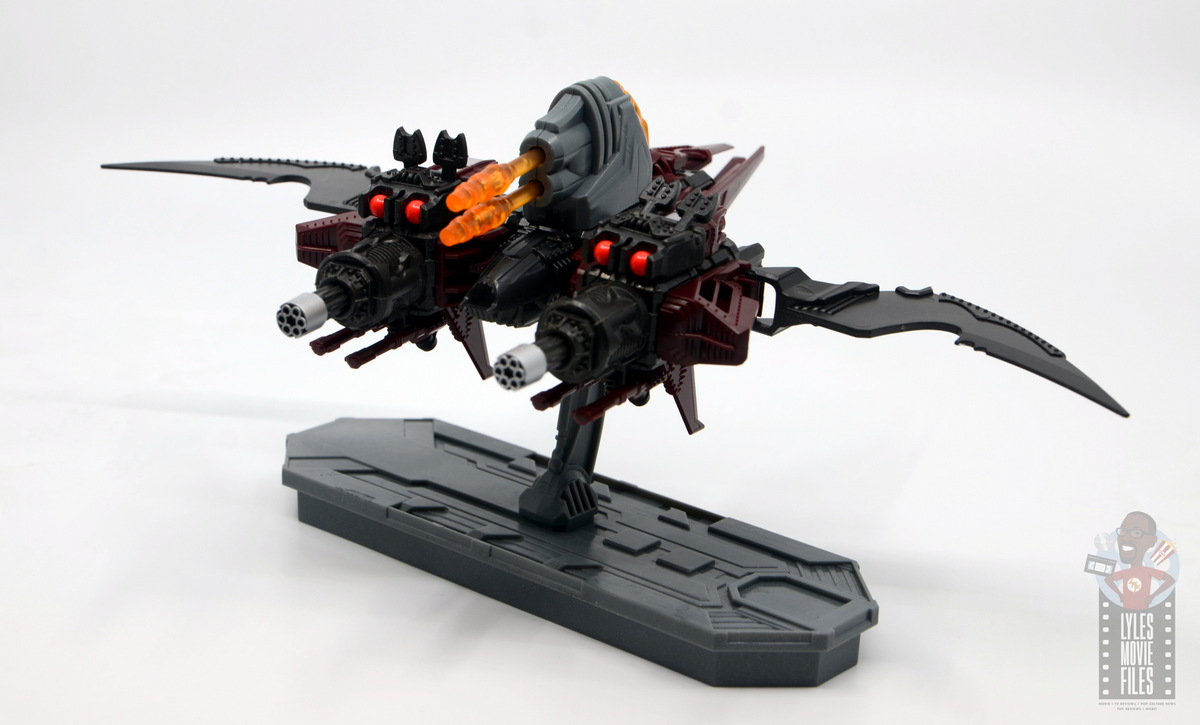 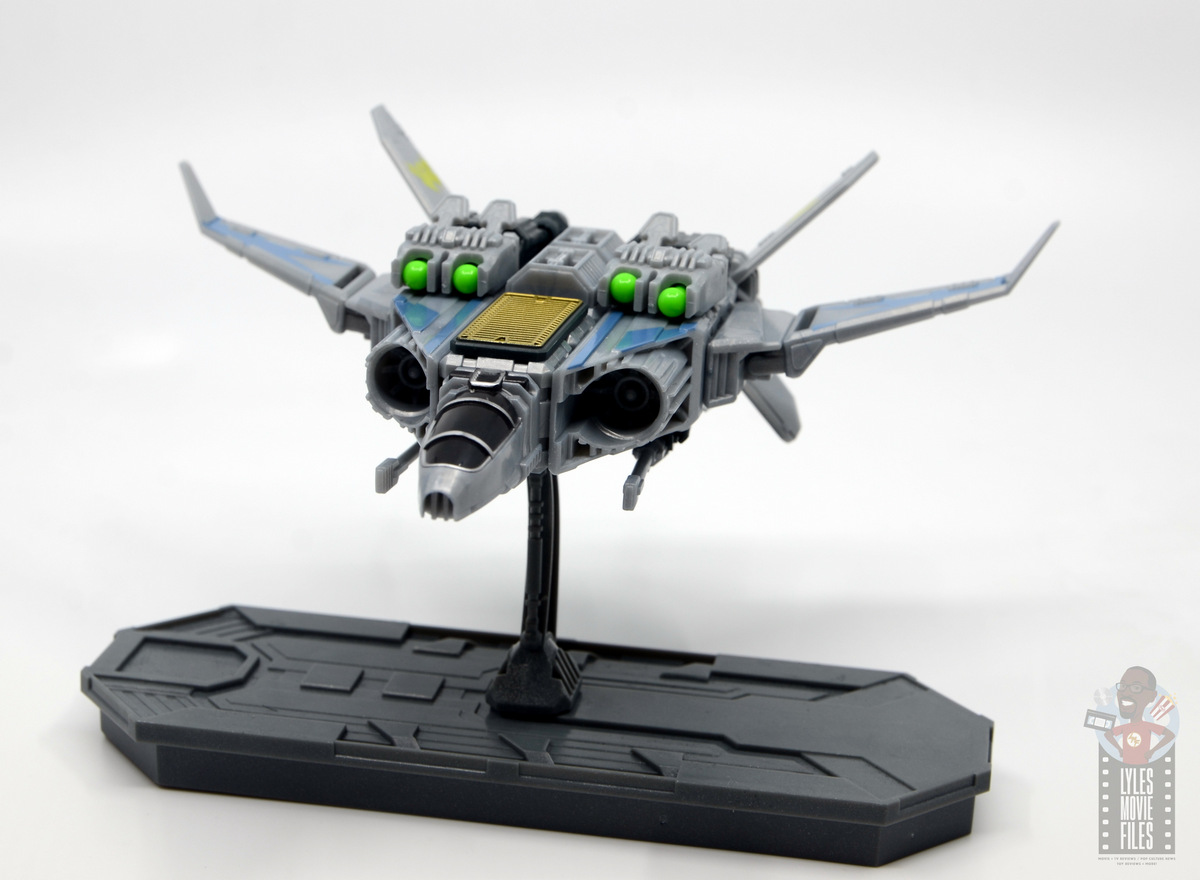 The Sabre XF-23 Interceptor’s two other builds are the Light Bomber and Fast Recon. 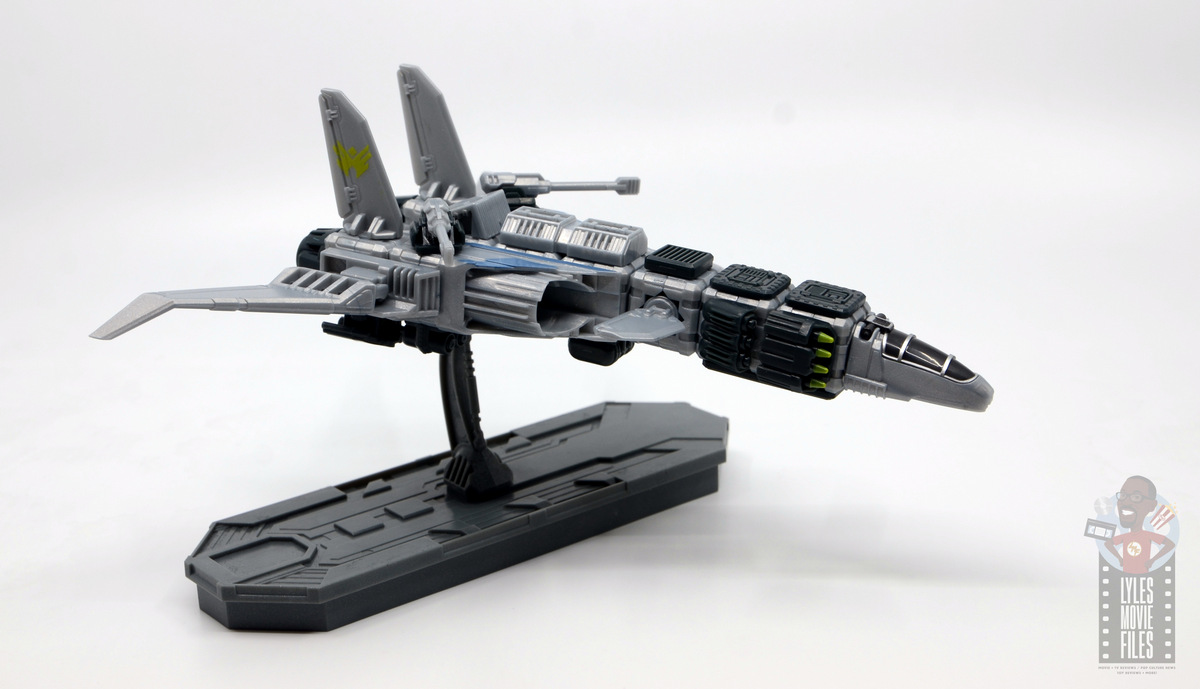 There’s a bonus UJU Tech piece behind the sticker in the inner packaging with a massive cannon projectile piece. 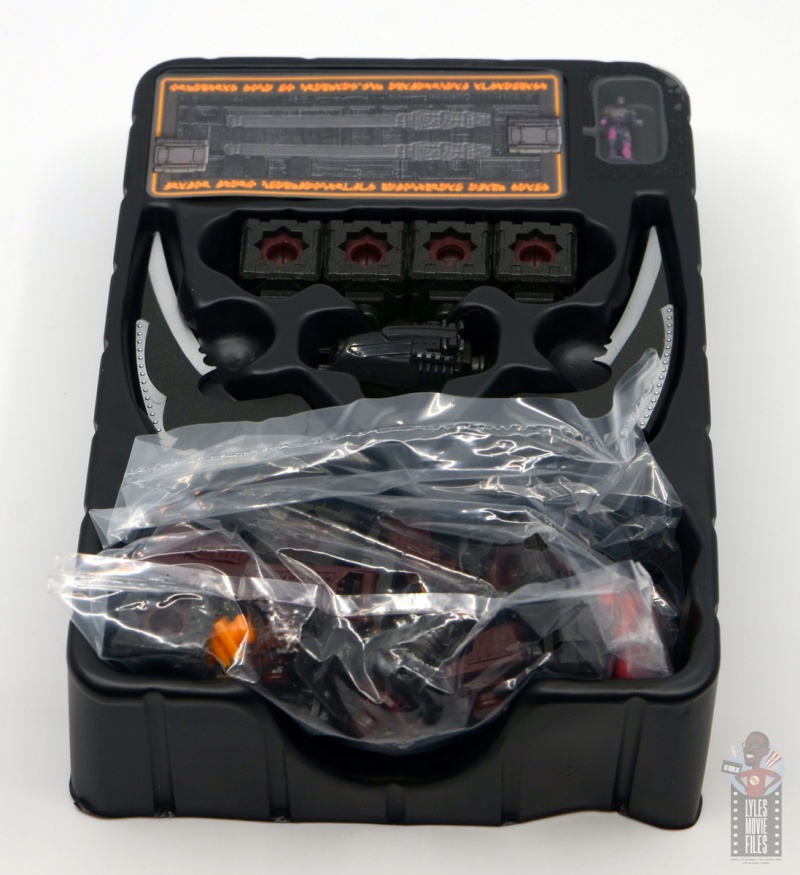 Both ships come with pilots. Due to the scale they’re not nearly as detailed as they appear on the packaging, but the general idea is conveyed. I wonder if PlayMonster would ever explore the concept of simply making 3 3/4 or 6-inch Snap Ships figures as their designs are pretty cool as well. 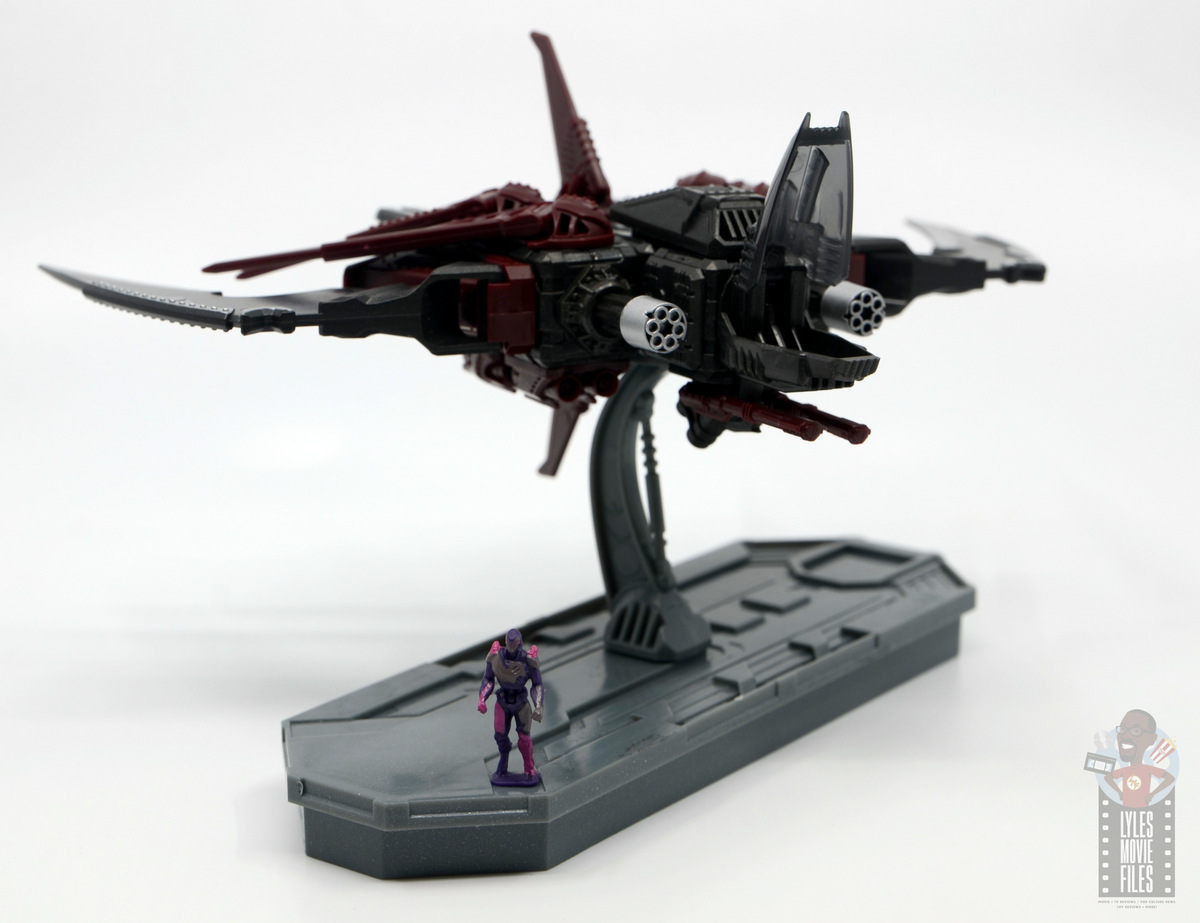 They do have stands so they are able to stand and it double dips as it allows for a firm base in the cockpit. 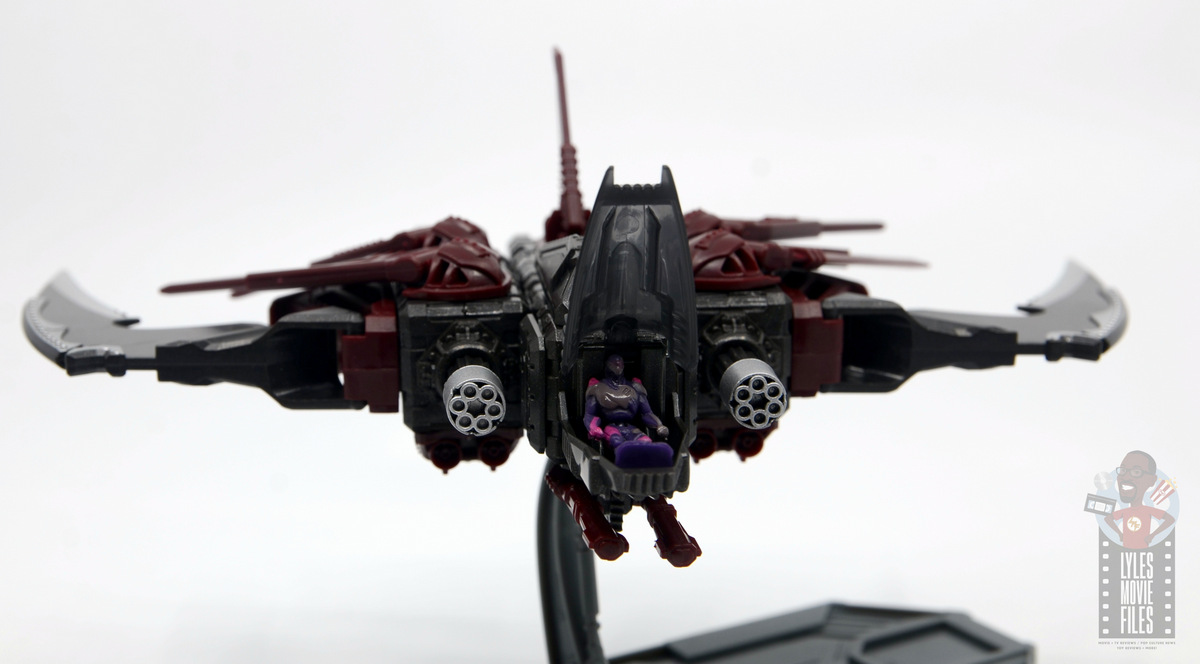 PlayMonster also set up a smart display for a line based around ships with a flight stand that uses the top portion of the packaging. I like the idea of getting out as many uses as possible from the packaging.

Recalling Captain Power, if you don’t know YouTube it, PlayMonster has an App to allow for some interaction play and builds. Additionally, Wind Sun Sky has produced an animated series, Snap Ships Dawn of Battle, with new episodes airing every Friday.

I was pleasantly surprised by this line and think they’re pretty cool. The build options help prevent against stale displays, which is fun. You can check out the Snap Ships at Target or Amazon. Get the Scarab K.L.A.W. Interceptor and XF-23 Sabre Interceptor from Amazon.