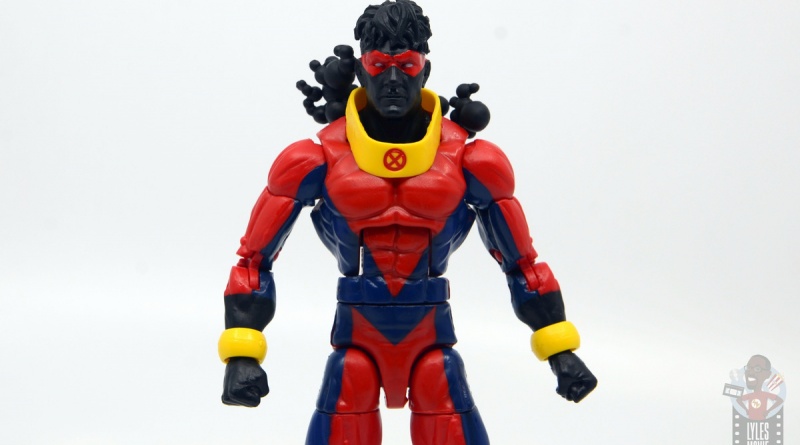 Team building is essential for my collection especially with teams that can be completely relatively quick. I was never that huge a New Mutants fan, but I got into them when Rob Liefeld took over as artist and stayed with them through several iterations of X-Force. Sunspot has always been a core member of the team so I was excited to finally get a Marvel Legends version of him. Let’s see if this figure warms my heart or leaves me cold.

Packaging:  David Nakayama once again provides the package artwork for this series. I like his style, which fits the snapshot take on these slender, cropped portraits.

I never understand why the bios fail to mention characters’ team affiliation. Sure, it’s on the front, but it would be useful to include that in the write-up. 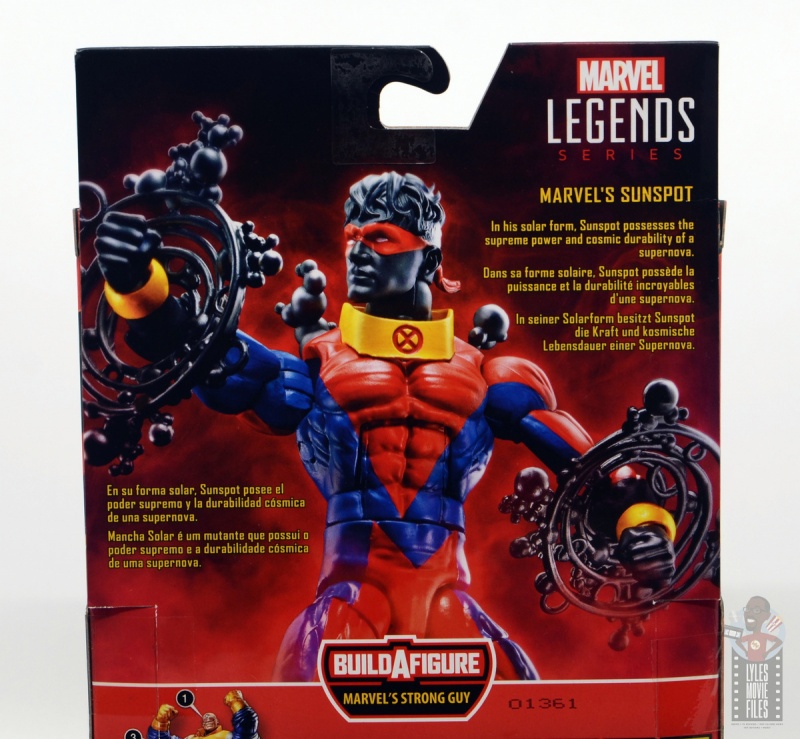 Likeness:  Roberto kept evolving in his fashion choice going for a big primary colors statement. This attire has a funky looking neckpiece. Normally, I don’t like for characters to have extreme expressions, but with Sunspot, the gritted teeth expression helps to break up the all black face beyond the painted on mask. Ideally, this would have been sculpted to add some depth to the head sculpt.

The stripes on his boots are sculpted though, which was nice to see and I think he’s reusing the gauntlets from Captain Mar-Vell. He has an effect piece glued to his back to simulate his powers in action. 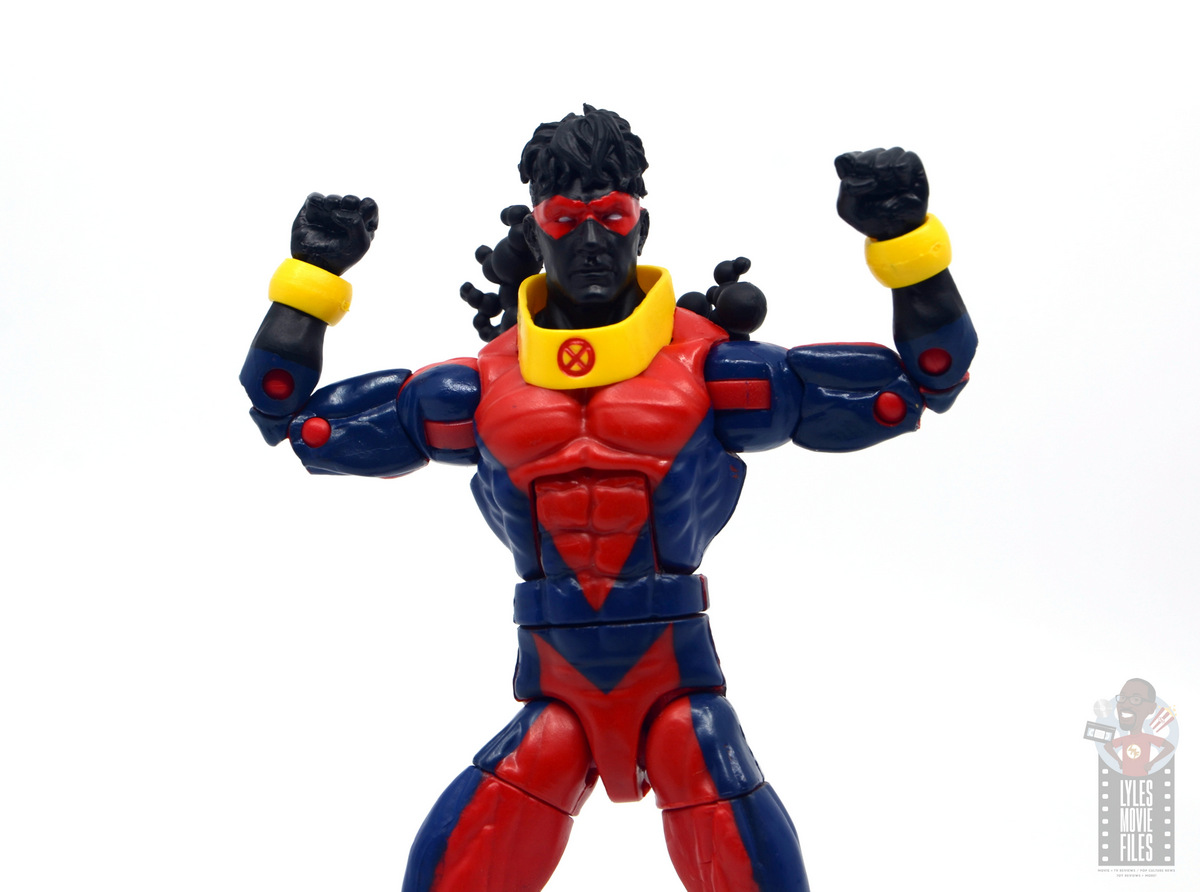 I’m drawing a blank on which figure is used as the pectoral muscles seem more defined here than on the standard Bucky Cap buck. After some fiddling it’s a mostly reused Bucky Cap buck with some new pieces as needed. That works for me.

The only downside to this costume for Roberto is he doesn’t match any of the existing X-Force members. Hasbro started out with the latter stage New Mutants/X-Force looks. Sunspot did have an outfit that would have been a better match even if this attire is the more dynamic choice. It’s tricky as I like the red leather jacket with white pants, but this outfit does look cool too. 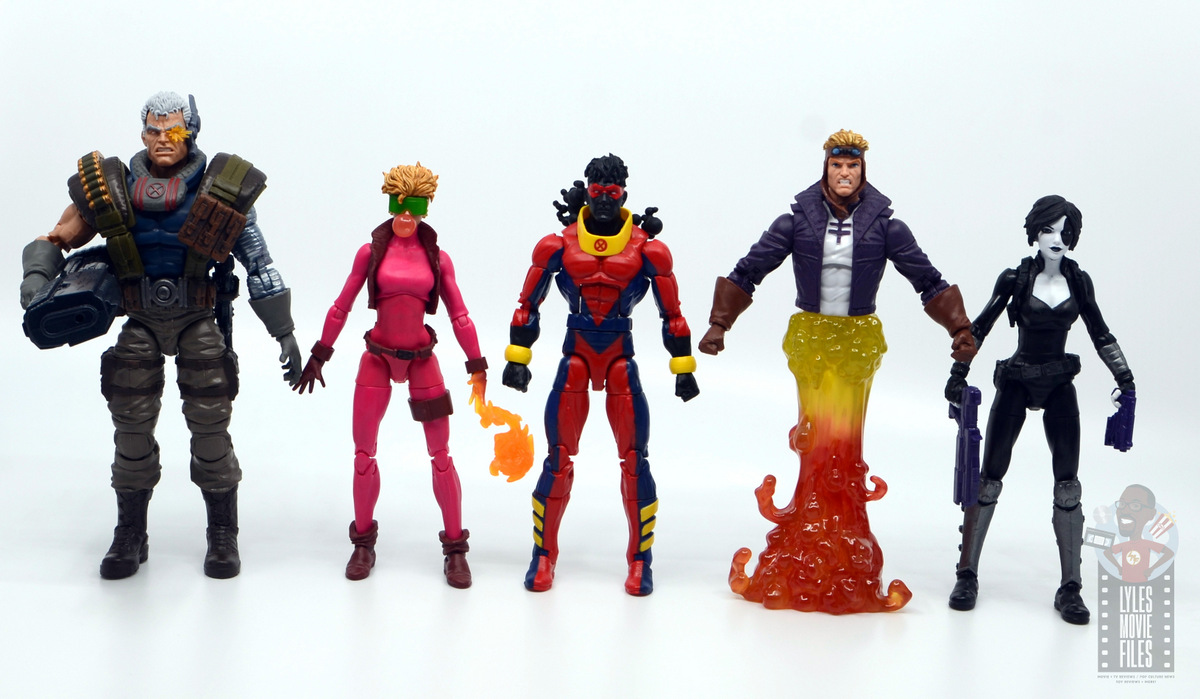 Paint:  I mentioned the primary color scheme already and if you’ve been collecting Marvel Legends long enough you know Hasbro struggles with yellow paint applications. The neckpiece and gauntlets are sculpted in yellow plastic so no problem there, but the strips along the boots are not. They could use maybe another coat or two of yellow to make it stand out stronger as some of the blue is still bleeding through.

Otherwise the rest of the figure turned out nicely. The line work of the costume is sharp although I hate that Roberto’s got red pins showing on the blue inner portion of the costume.

Scale:  It would have been nice to have Sunspot standing side by side with his best friend, Cannonball, but that pesky blasting leg decision made that tricky. Otherwise he matches up well with the rest of his X-Force compatriots. 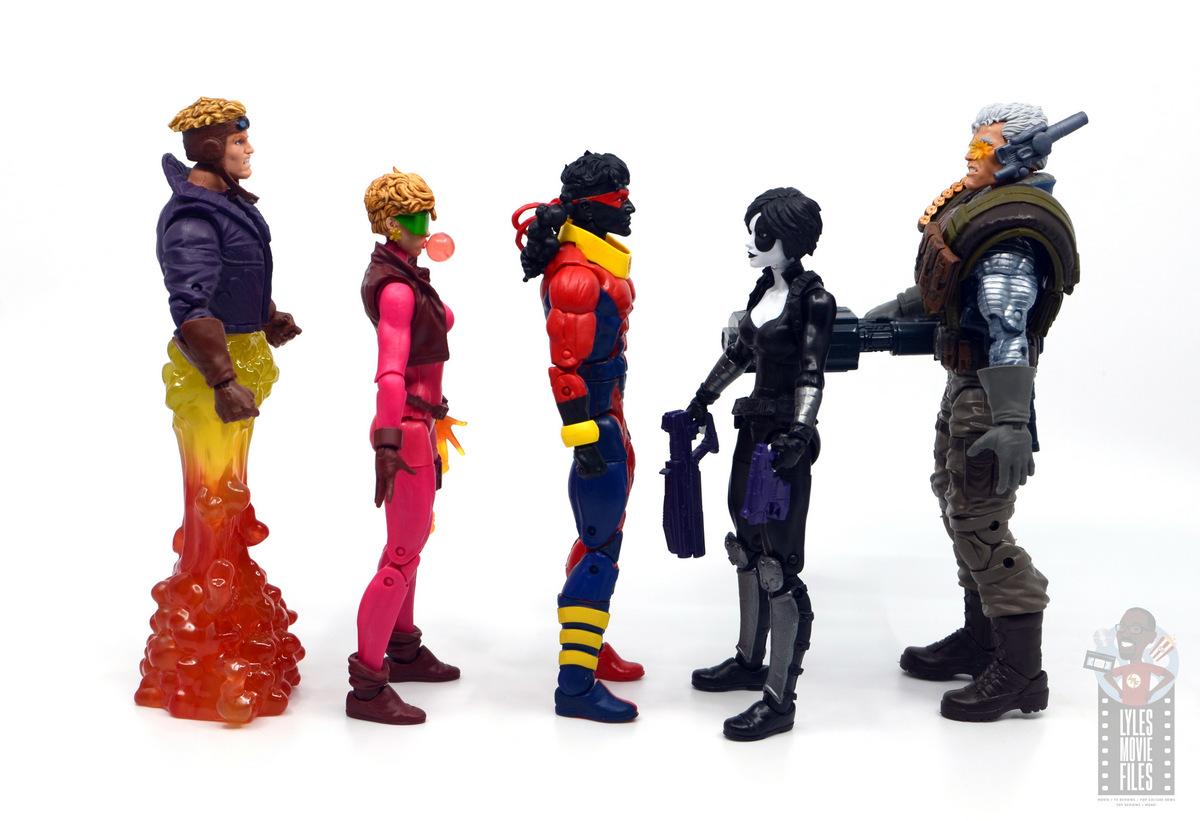 Articulation:  You know the deal with this buck. 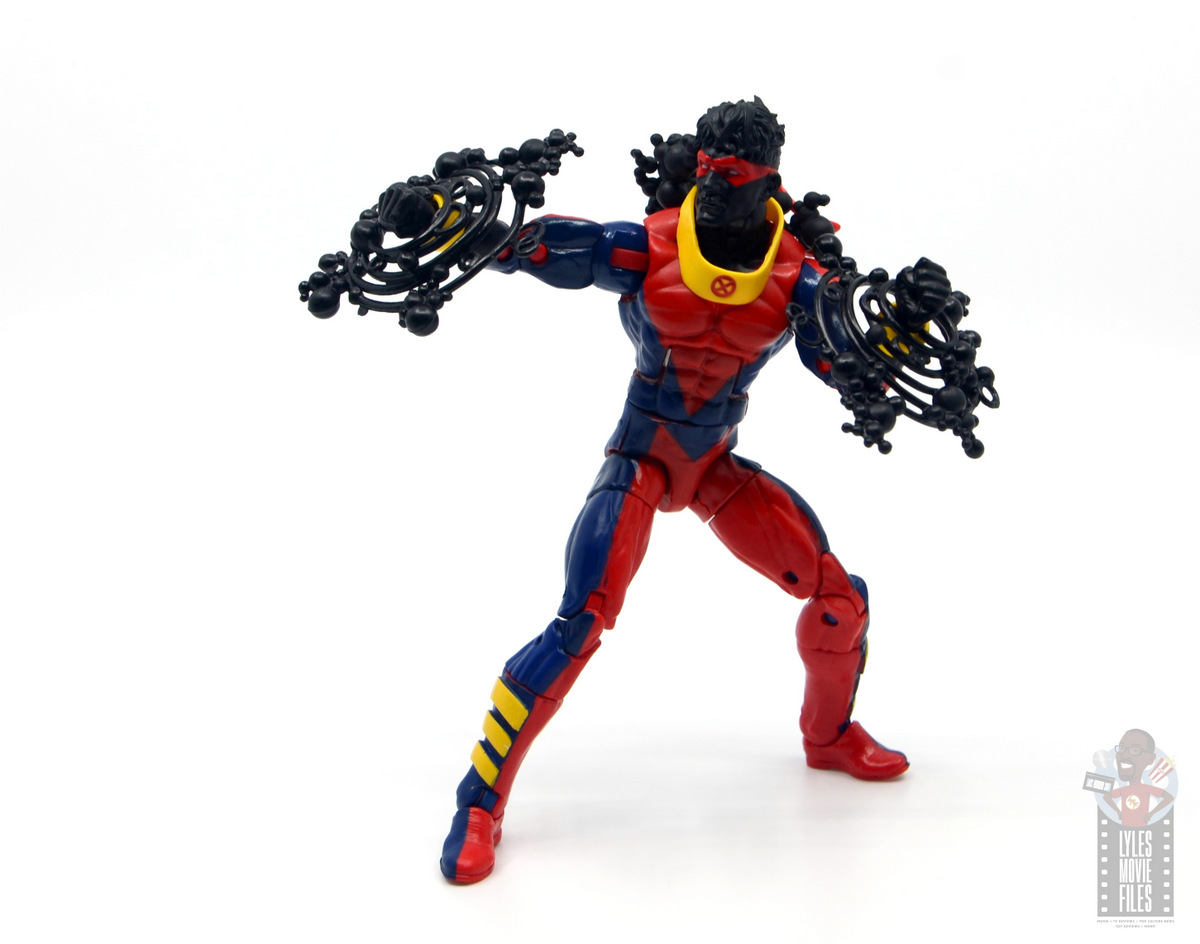 It holds poses easily and is easy to pose for all of Sunspot’s traditional battle stances. 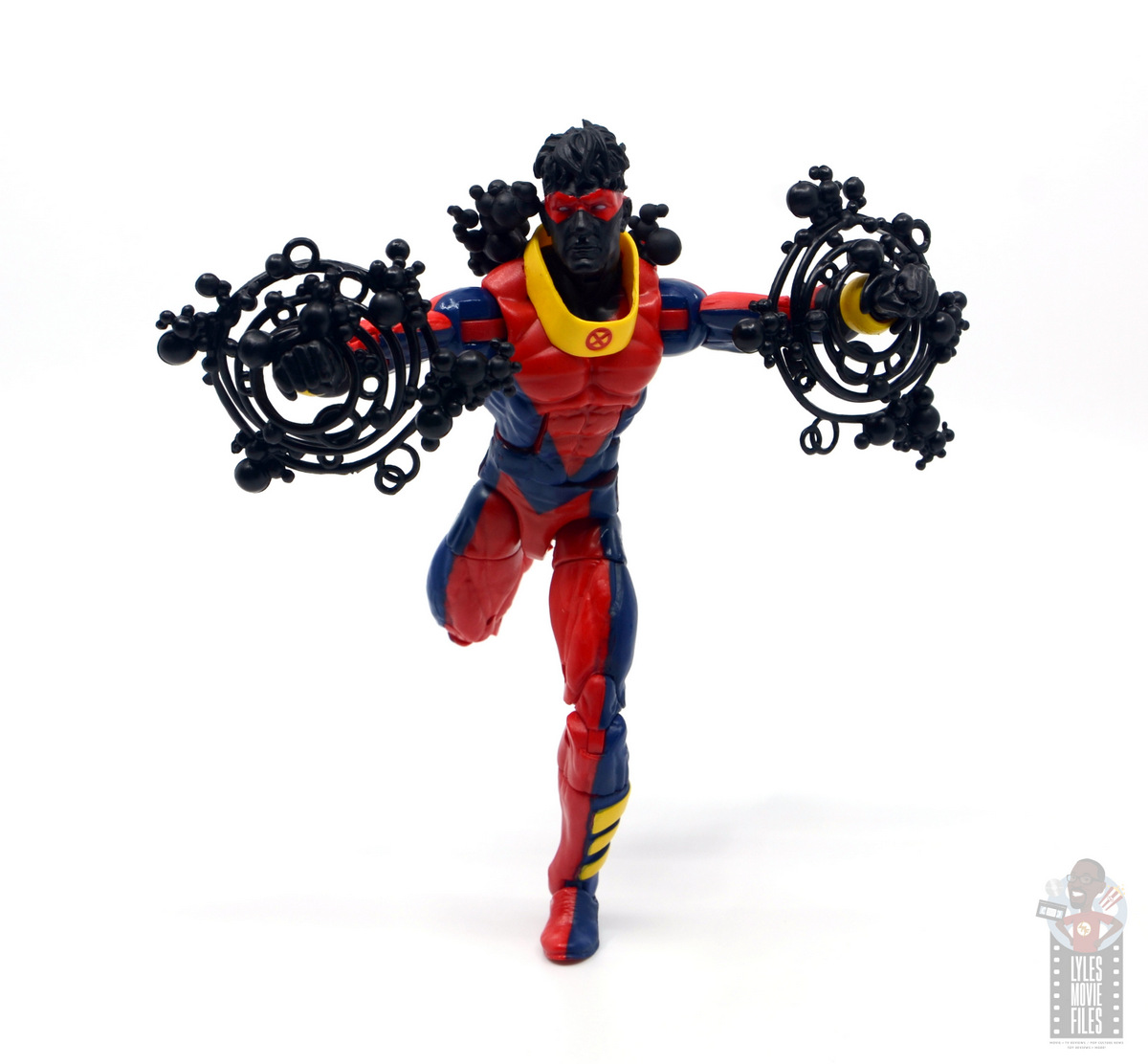 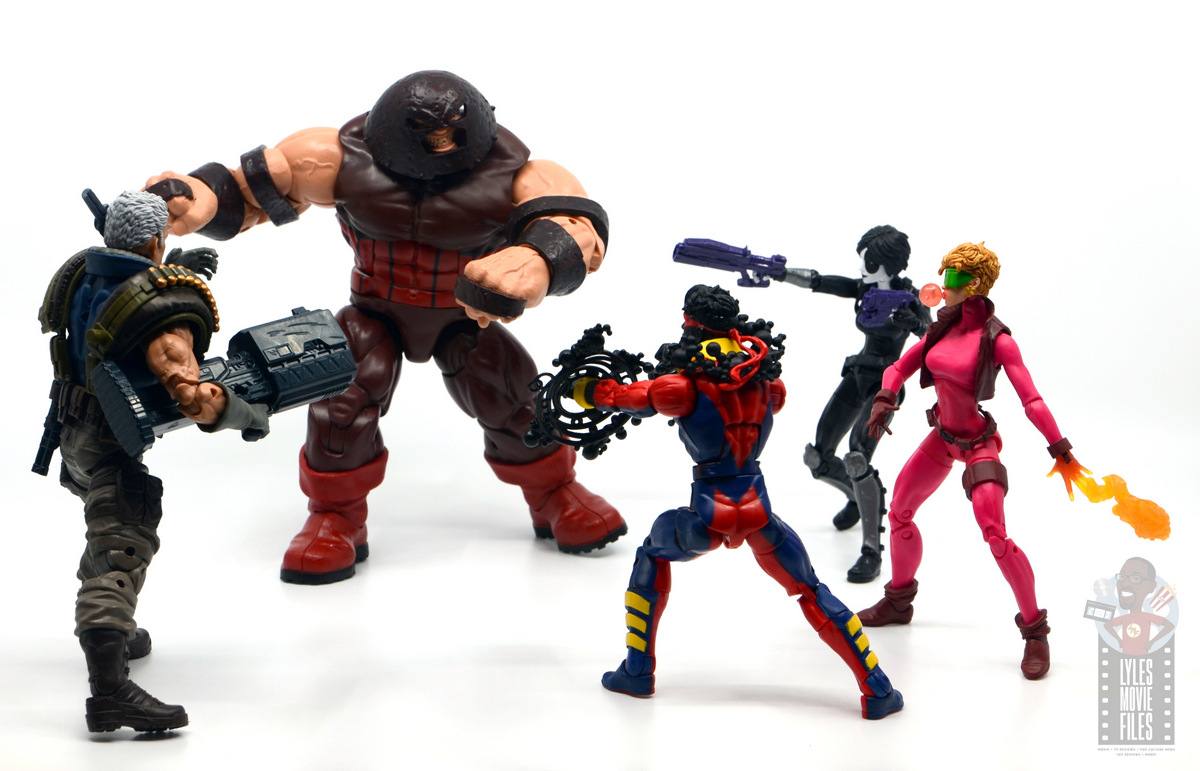 Accessories:  Sunspot gets the power effects we’ve seen with dozens of Marvel Legends at this point. They actually make sense with Sunspot who has more of an energy flaring power and the black cast works well. 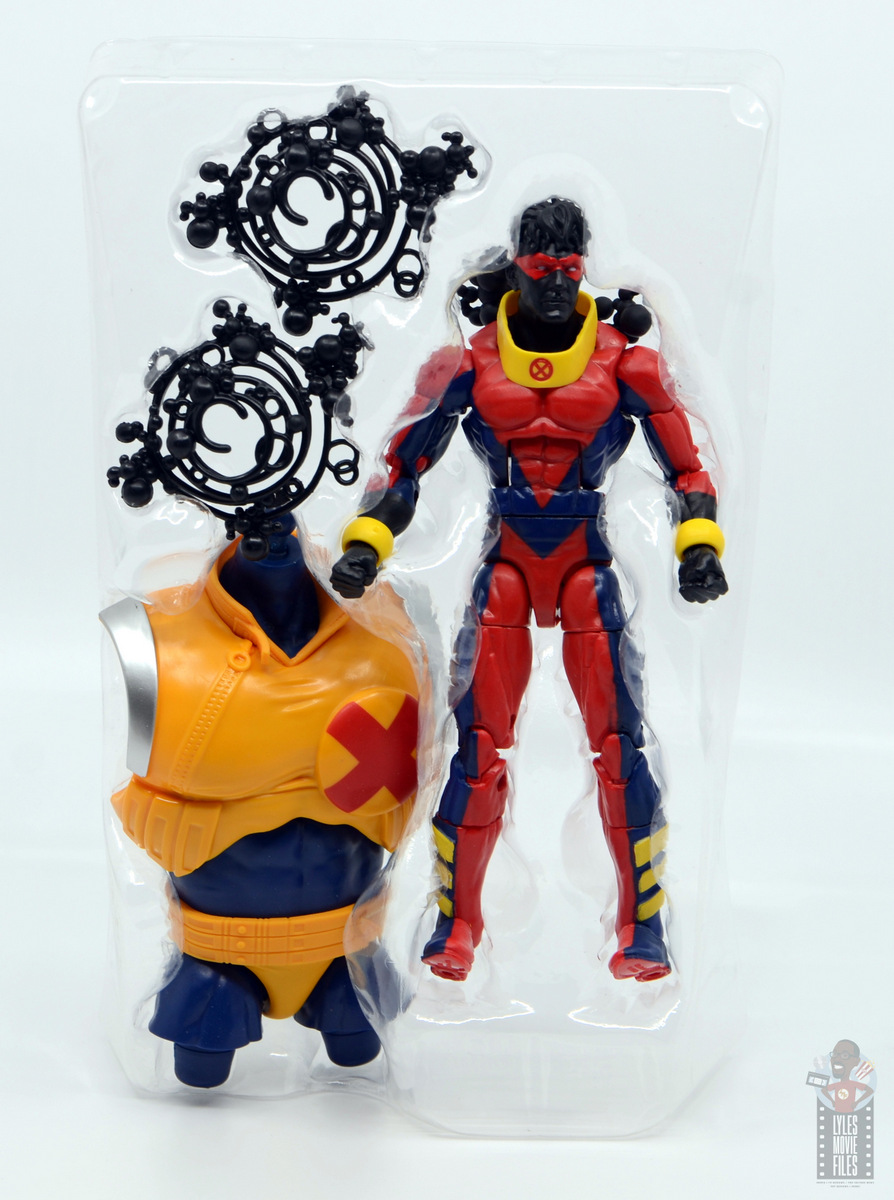 It really would have been cool if Hasbro included an alternate non-powered head sculpt. I’m sure the BAF ate up into the budget, but considering this is probably the only ML hit we’ll get for Sunspot, it would have been nice to get a comprehensive version in one figure. Besides, the X-Men ML shelf really would benefit from having more POCs on display.

Additionally, Sunspot comes with the main torso for the Build-A-Figure Strong Guy.

Worth it?  Sunspot is the standard $20 price, which is fair for him. He’s probably another one destined for clearance prices by Christmas, but he was a priority for me and I have little patience when it comes to getting cool figures. 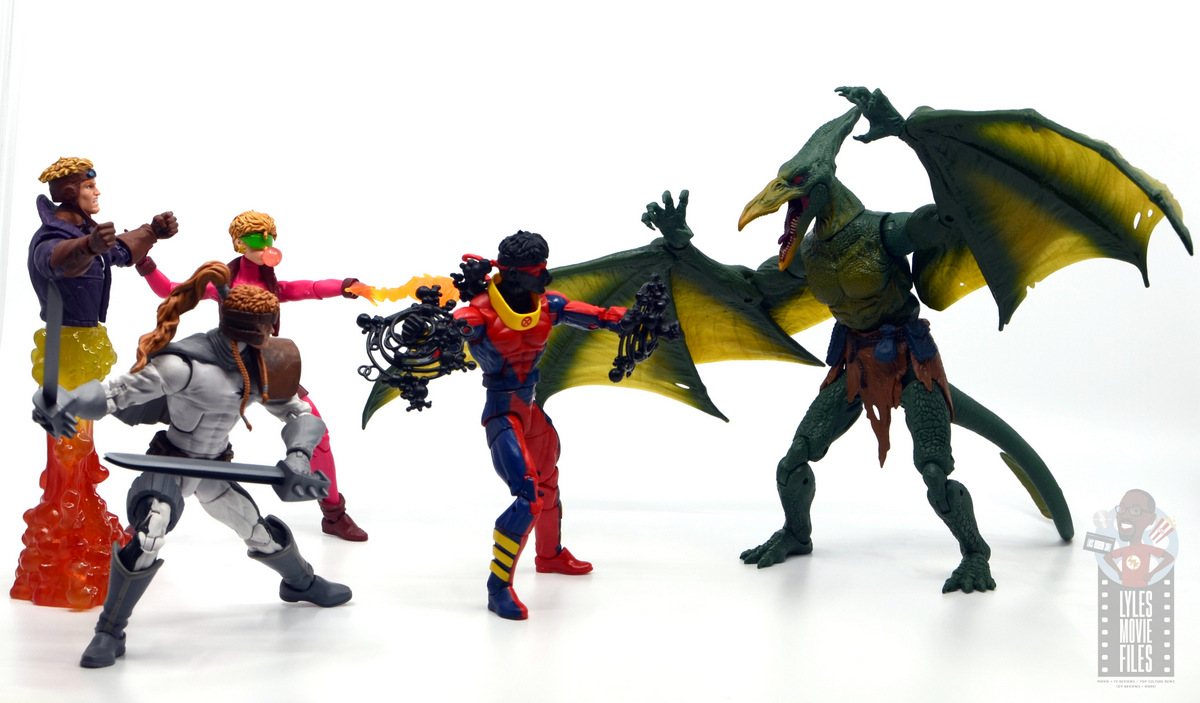 Where to get it?  Collectors are finding the wave at Target and Wal-Mart. Hasbro Pulse, Entertainment Earth and Amazon still have him slated for an October release so if you don’t mind waiting that’s another option.