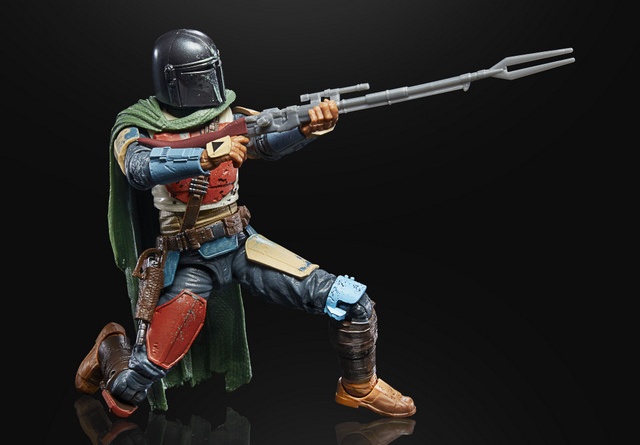 We’re in the home stretch of the countdown for season 2 of The Mandalorian and Hasbro is celebrating with some new figures and collectibles with the first Mando Monday.

First up is The Monopoly Star Wars: The Mandalorian Edition.

Imagine traveling around a dangerous galaxy where Imperial enemies threaten the safety of The Child, the character fans call “Baby Yoda”. In the MONOPOLY STAR WARS: THE MANDALORIAN Edition edition board game, players can play as The Mandalorian, Cara Dune, IG-11, or Kuiil. Getting The Child token lets players enhance their character’s special ability and use The Child’s unique ability. Buy hideouts, win battles, and earn Imperial credits. The player with the most Imperial credits wins, but be vigilant! If an Imperial enemy gets The Child, the game’s over for everyone! Available at most major retailers beginning 10/1. This will retail for $39.99. 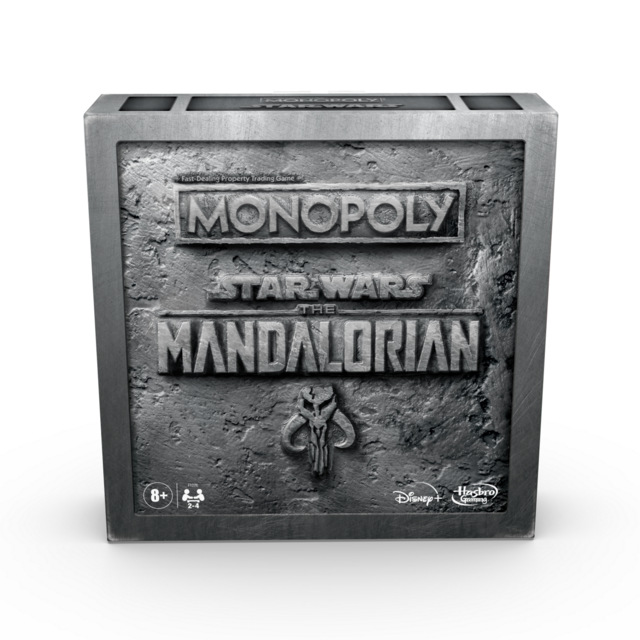 Next up is The Vintage Collection Cabonized Collection. 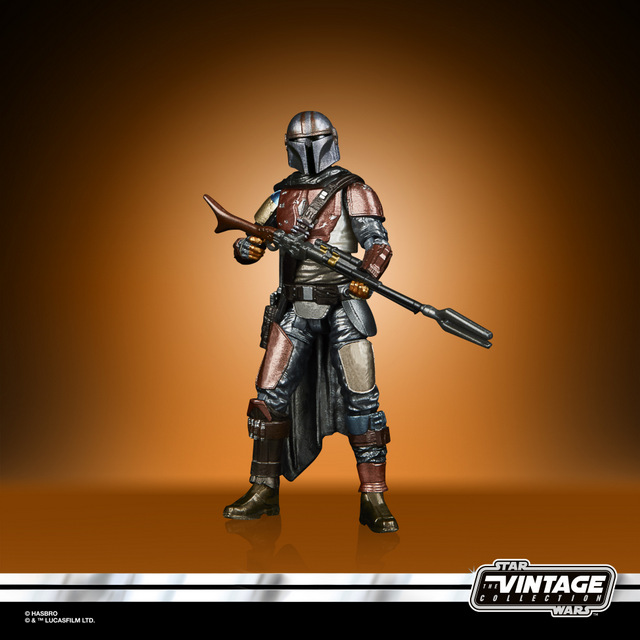 There’s another set of Star Wars The Bounty Collection Series 2, The Child 2.2.-inch

From HASBRO is Series 2 of the STAR WARS THE BOUNTY COLLECTION, THE CHILD 2.2-INCH Collectible figures, inspired by the super-cute character from the hit Disney Plus series THE MANDALORIAN! He may look like a “Baby Yoda,” but this 50-year-old adorable creature is called The Child and is many things: cute, curious, hungry, sleepy, Force-sensitive, and one of the galaxy’s most wanted!

Fans can start their own collection or add to an existing collection of this adorable character in poses inspired by iconic scenes from the live-action series! With 6 figures to choose from, kids and fans can collect figure 2-packs featuring fun poses such as “Child Pram” and “Mandalorian Necklace,” “Helmet Hiding” and “Stopping Fire,” and “Speeder Ride” and “Touching Buttons.” These 2.25-inch collectible figures are an awesome way to start a collection, swap with friends, give as gifts, or display in any STAR WARS collection! Includes 2 figures. Each 2-Pack sold separately.

There’s also a new set of Black Series Credit Collection with some repaints of the earlier Mandalorian wave.

Fans and collectors can imagine scenes from the Disney Plus series THE MANDALORIAN with this premium STAR WARS: THE BLACK SERIES CREDIT COLLECTION. As part of the STAR WARS: THE BLACK SERIES CREDIT COLLECTION this figure features multiple points of articulation, premium deco, a collectible Imperial Credit accessory, and packaging that has been treated with a weathered look inspired by the end credit images from THE MANDALORIAN, making this a great addition to any STAR WARS collection. Includes figure, 2 accessories, and Imperial Credit. 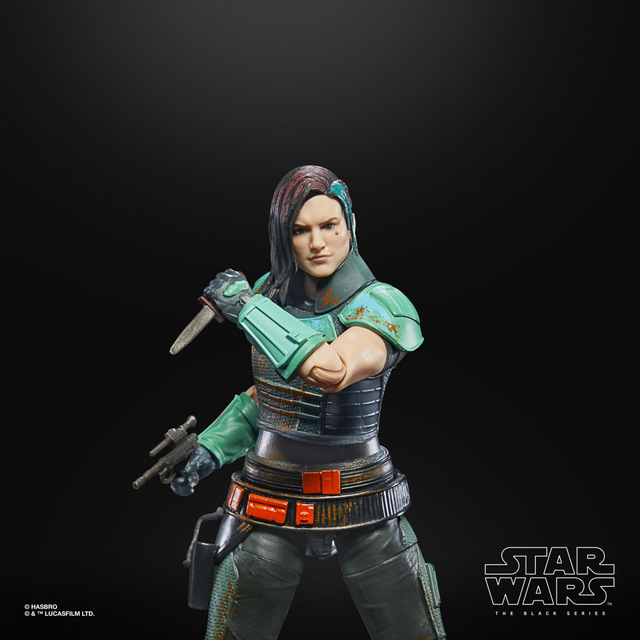 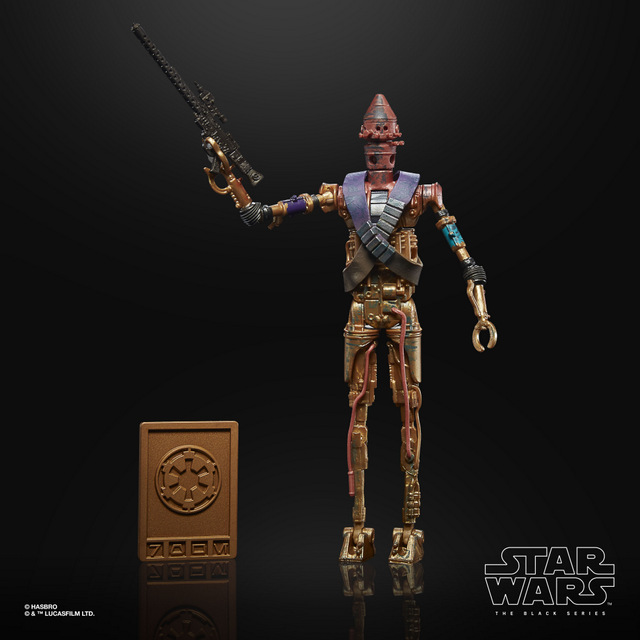 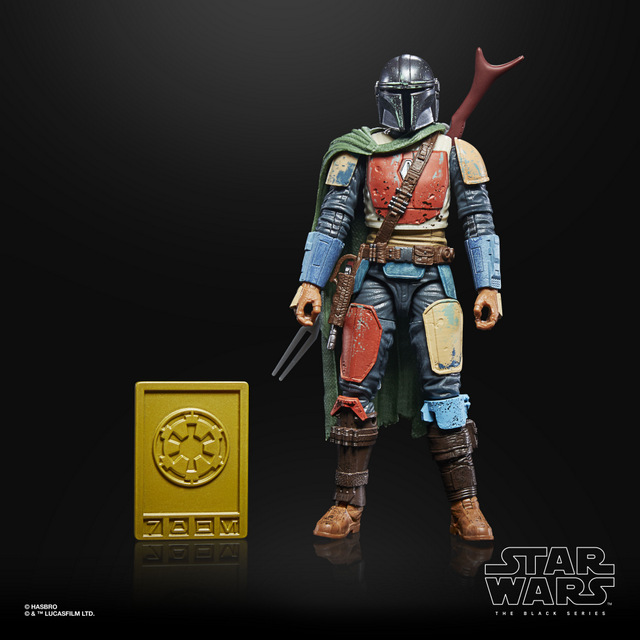 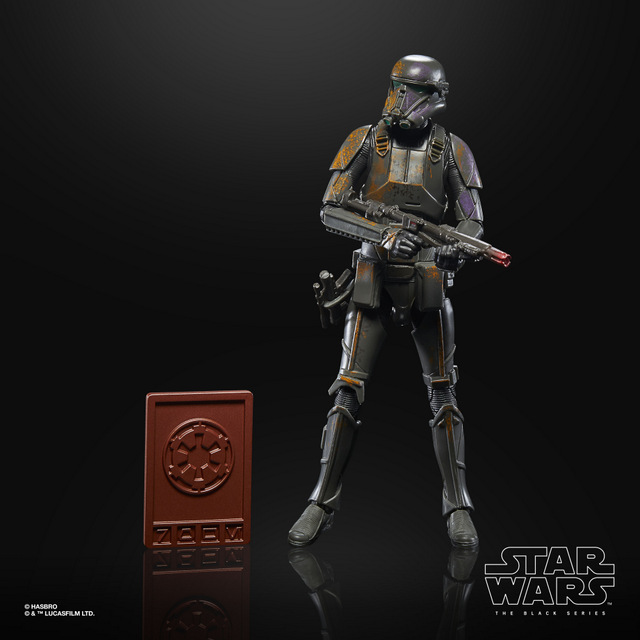 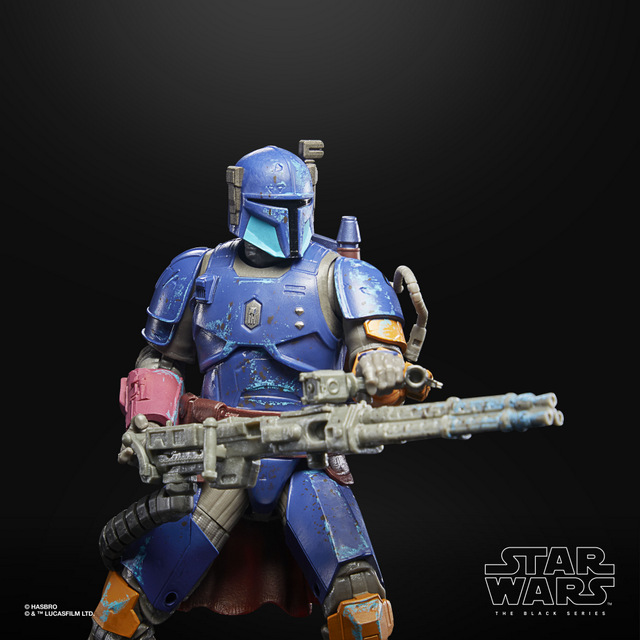