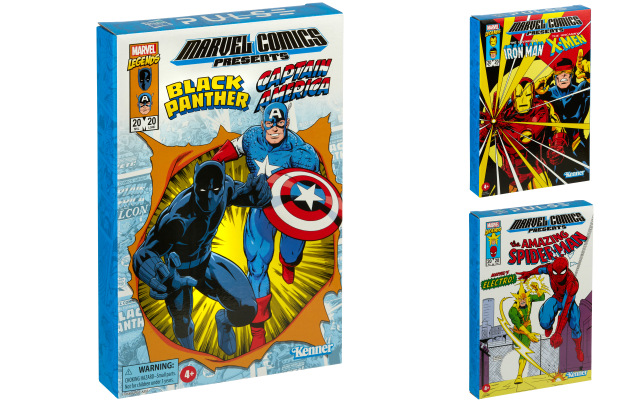 Hasbro isn’t content dominating the six-inch scale. Following the end of Marvel Universe, they’re back at it again with a new vintage style series of 3.75” figures two packs.

These remind me a lot of the old Secret Wars figures with minimal detail and articulation. I’m loving that Black Panther and classic Uncanny X-Men Cyclops made the cut in this first wave.

The figures are set up in a Marvel Two in One presentation style two-pack. Black Panther and Captain America are one pack, Iron Man and Cyclops are another and Spider-Man and Electro are the third set.

This should make it easier to complete a Fantastic Four in this format. Other potential future pairings would probably be Thor/Loki, Scarlet Witch/Vision, Cable/Deadpool and Wolverine/Storm.

The initial sets will be available for $20 this Friday on Hasbro Pulse likely following the Marvel presentation, which wraps the first day of Pulse Con.