Stargirl was an amazing breath of fresh air for live-action DC TV shows. It largely avoided the dark, wallowing in self pity of its Arrowverse counterparts. The show centered around Courtney Whitmore (Brec Bassinger), who becomes convinced her father was the legendary member of the Justice Society of America, Starman. 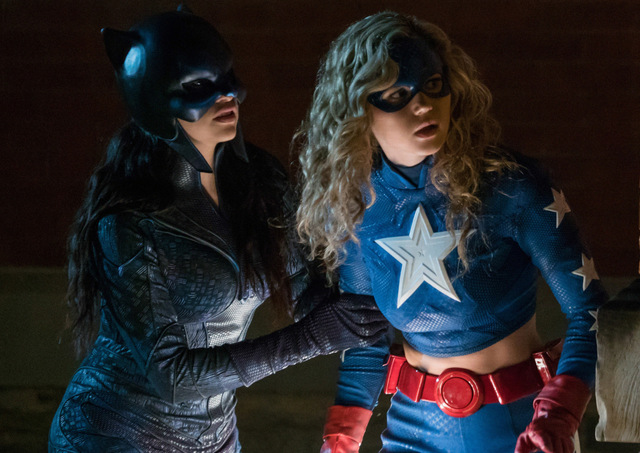 Utilizing Starman’s cosmic staff, Courtney adopts the moniker of Stargirl and starts tracking down the Injustice Society of America, who killed Starman and the rest of the JSA. Reluctantly agreeing to help train her, Courtney’s stepfather Pat (Luke Wilson) becomes Stargirl’s partner in his souped-up mini-mech suit S.T.R.I.P.E.

The blended family dynamic was a core strength of the series as it avoided the standard cliches by celebrating bonding moments with Courtney’s mother (Amy Smart) and stepbrother Mike (Trae Romano).

Wilson seemed like a decent name actor to cast for the show, but as the season played out he became a major asset. Bassinger easily carried her role and the script allowed Courtney to make mistakes, bad choices and learn from those decisions unlike many of her CWVerse peers.

Recognizing they still need more help, Courtney begins recruiting some of her fellow students to join her makeshift JSA. While this felt too early in the series to start bringing in supporting hero characters, it worked in this instance largely due to the excellent character development. 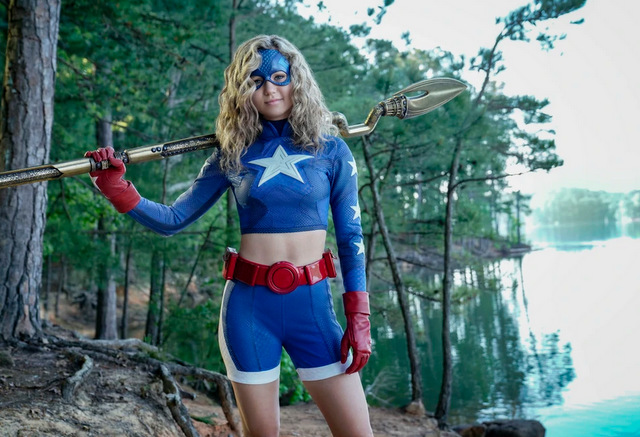 Unlike most of the Arrowverse shows, which set the majority of the scenes at nighttime, Stargirl had a much better split leaning more heavily to action occurring during the daytime. This proved to be a vast improvement as characters weren’t always shrouded in darkness and easier to follow in action sequences.

Equally important, the Injustice Society weren’t comprised of goofy villains happy to accommodate the neophyte heroes by being clueless in their schemes or in battle. There’s some surprises and welcome breaks from the norm in these shows — Stargirl doesn’t have a love interest, key supporting characters get killed and there’s repercussions for actions that pave the way for subplots for Season 2.

I came in to Stargirl not exactly knowing what to expect, but it proved to be an excellent debut season for one of DC’s shining newer characters.

This is a bare-bones disc without any special features. It would have nice to have gotten some behind the scene features or a featurette on the comic book origins of Stargirl, the Justice Society and some of her villains. Given the very brief cameo in the Crisis on Infinite Earths special event that ran through the other shows, adding that standalone disc would have also been a welcome supplement.

With a full 1080p full HD video and DTS-HD master audio for English 5.1, the video quality is impressive. This looks better than some of the other CW shows thanks to Stargirl’s overall brighter color palette, which helps show off the texture on the costumes. It’s pretty close to reference quality, but you won’t have any issue with how it looks or sounds. This is basically the same high quality you could expect when watching the broadcast HD version.

Own Stargirl The Complete First Season on Digital, Blu-Ray and DVD September 29 on Amazon and Target.