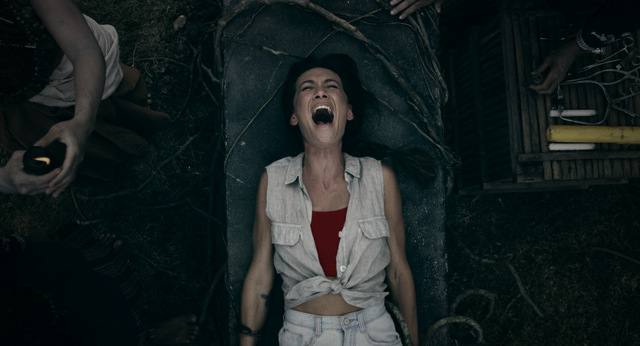 Death of Me is going to be high on my list for the most twisted, unnerving and creepy horror film of 2020 despite an unfortunately uncomfortable for the wrong reasons final act.

Christine (Maggie Q, Mission: Impossible III) and Neil (Luke Hemsworth) wake up after a wild night of partying. They’re vacationing off the coast of Thailand for one of Neil’s travel blog gigs, but wake up with little memory of the night before. And for some reason, their passports are missing and Christine’s cell phone has vanished. 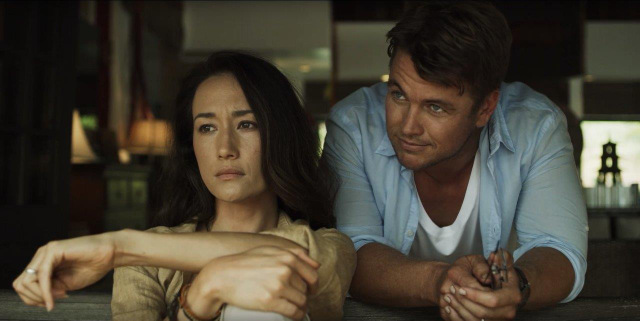 One thing that’s still in their Air B&B room is Neil’s camera, which holds the horrifying secret of what happened during their blackout. The video evidence makes them both very uneasy and after getting stranded for another night, they decide to trace the steps to determine if what the video showed was legit or a nightmare of another kind.

There’s a massive difference in a horror thriller when its cast are credible actors who don’t sound like they’re reading off of cue cards or doing the filmmakers by appearing in the movie. Maggie Q is terrific with a clear understanding of Christine’s mounting dread of everything going on around her. Hemsworth is also solid as the husband trying to earn back his wife’s trust despite clearly not being in his right frame of mind.

Alex Essoe strays the line of suspicious and sole ally as the B&B owner who offers help and assistance without being too forceful. 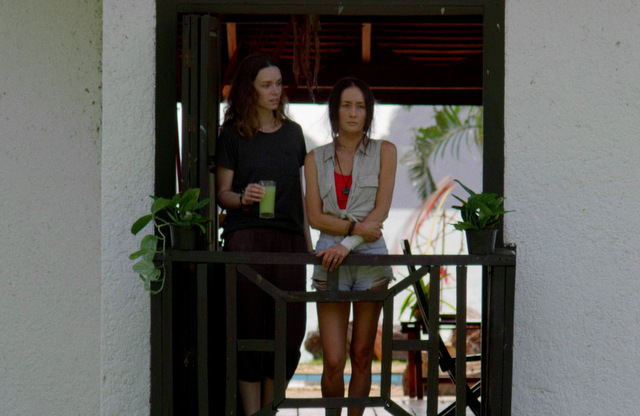 The script, by David Tish, Ari Margolis and James Morley, is continually full of surprises until that fateful final act. For the most part the script and the film’s events aren’t contingent on Christine and Neil acting unrealistic in various scenarios to keep the scares and terror rolling. That’s important since there’s enough happening that Neil and Christine don’t have to become morons to help out.

Director Darren Lynn Bousman (Saw II, Tales of Halloween) knows exactly how to put viewers on edge in subtle and pronounced ways. The latter is definitely gory with multiple stabbings, sliced open stomachs and needles going into eyes. Bousman doesn’t lean on those techniques too much so they are useful when he goes into that section of his toolbox.

The subtle moments like the constant blackouts with no memory of what happened next not surprisingly proves most effective.

Bousman also makes sure to play up the foreigners in another land aspect with the film by not providing any subtitles. Bousman raises that tenfold by having the residents grinning in a creepy manner when they see Christine while conversing in their regular language. The almost too friendly smiles and conversations wholly reliant on someone translating is very effective horror film-making tools in the right hands. 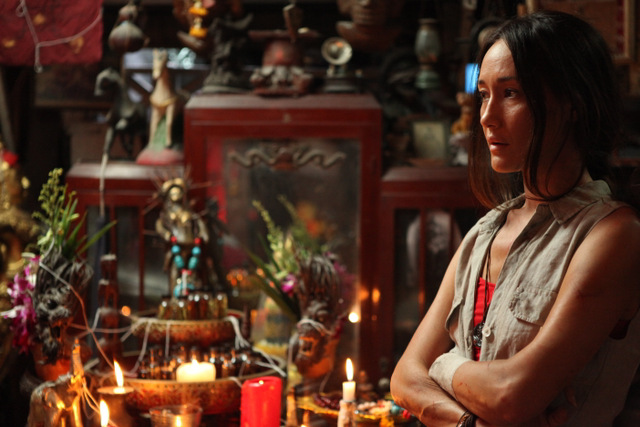 Still, this makes it challenging for Bouseman to treat the residents respectfully since Neil and Christine have to be apprehensive about everyone most of whom are Thai residents acting “bizarre” to them as they prep for a big festival.

When the payoff is revealed the horror thriller uneasiness is replaced with a questioning “is this horribly offensive or borderline offensive?” sentiment. Could this film be set in say London and be just as suspenseful? Probably not. But is it responsible to make a movie like those old embarrassing Tarzan films in 2020 for the sake of thrills? 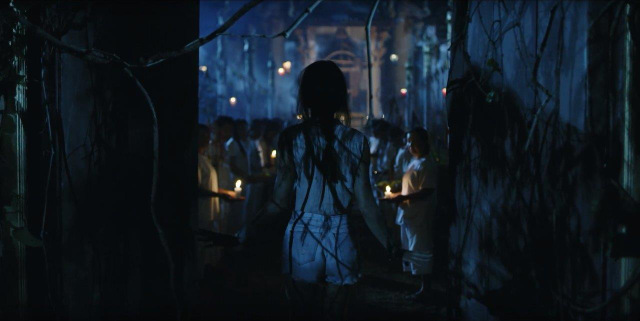 Midway through a character mentions how there was a time when everyone didn’t carry a cell phone around. Death of Me gets its mojo through its uneasy scares, but a script that played up the mystery of the video’s revelations instead of going the wrong end of xenophobic would have made for a killer thriller.