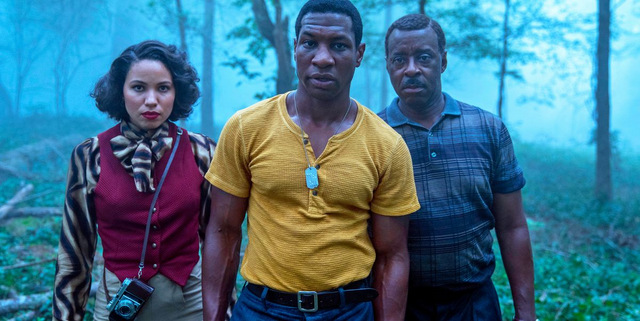 I’ve managed to avoid spoilers/theories on Lovecraft Country so any and all of my hot takes are without any actual insight beyond what I’m watching.

Whitey’s on the Moon was another revelatory experience in large part because Lovecraft Country is putting black characters in the horror/thriller genre they’re rarely allowed to participate in save the token character killed within the first act.

If Sundown ultimately had the creature feature vibe to it, Whitey’s on the Moon had a haunted house theme — one that’s actually scary and unnerving.

The episode kicked off in fun fashion with a very appropriate song as our heroes enjoy the hospitality of the Braithwhite estate. The Jefferson’s theme playing as Leti enjoyed a spirited changing clothes montage while Uncle George happily checked out a vast library in his room.

Eventually it’s revealed Tic is so suspicious because he’s the only one of the three that remembers their hellacious night in the woods. He’s not swayed by the fancy clothes, immense libraries, copious amounts of food and their guide, the almost too polite Braithwhite family friend William (Jordan Patrick Smith). 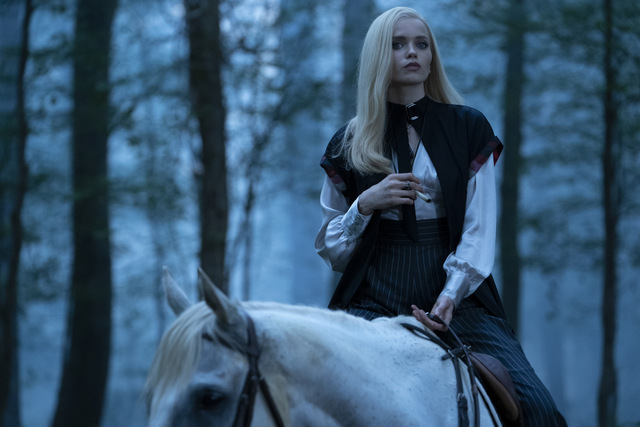 Once they go beyond the Braithwhite estate, they find more familiar greetings from the groundskeeper Dell (Jamie Neumann) guarding a structure that might be where Atticus’ father might be held.

I’m not sure why I get such an Indiana Jones feeling while watching LC. Maybe if Tic carried around a fedora and a whip? Either way I was feeling a Temple of Doom flashback as the trio started getting suspicious about their surroundings.

There was a decided cult and a little magic/occult sense to the episode with candles standing in for torches at the dinner. That was after a cow gave birth to one of those nightmare beasts, Samuel offering up delicacies from his stomach and Tic, Leti and George start having hallucinations.

Tic’s seems to revolve around an encounter during the Korean War with a female soldier (Jamie Chung). Leti dreams of hooking up with Atticus, but his trouser snake is a literal one. George’s is more pleasant as he reflects on Dora, who I presume was his dead first wife.

Courtney B. Vance had a great showcase as George had to rally the clearly shaken Tic and Leti.

Samuel’s cronies are watching the show from portals in a meeting room. I loved how Tic and George didn’t bother playing along and immediately brought up Tic’s birthright. It was a terrific kick the door down moment. Tic’s “Stand up and get the f out” could have ended the episode for me and it would have been a winner.

While Tic and George has their big moment it didn’t matter as a Samuel has other plans. The glimpses of The Count of Monte Cristo was not a coincidence — showrunner/writer Misha Green doesn’t throw out anything randomly without a payoff — and the trio find Montrose tunneled his way out of the structure and made his way out.

Samuel shoots Leti and George and uses his magical abilities to bring them back to force Tic to go along with his crazy plan of entering paradise. George isn’t recovering as well as Leti and has essentially his deathbed conversation with Montrose bringing up the possibility that Tic is actually his son. Real family drama! 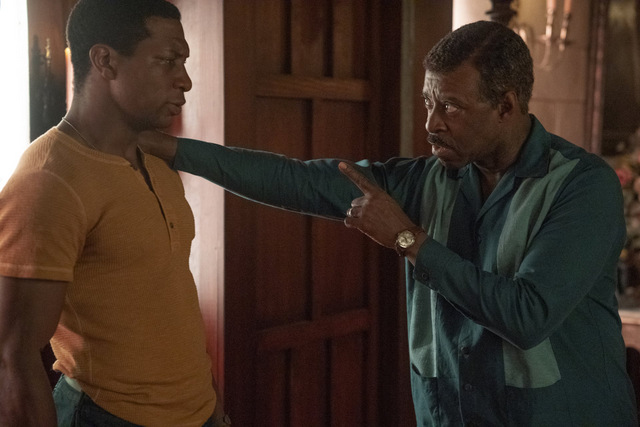 Tic decides he’s not letting Samuel get a fast pass to creation and with the aid of the ring provided by Christina and Tic’s ancestor, Hanna, they destroy the Braithwhite compound. What should be a triumphant moment ends with tragedy as George never was able to shake his wounds and he died in his car just as they made it out of the garage.

Whitey’s on the Moon was another rich episode filled with lots of nuggets to dissect and consider as the season rolls on. I rewatched this episode and I’m still positive I missed a ton. Lovecraft Country is already approaching Lost levels where I need to set up a board to keep up with all the small details that will eventually mean something huge. I’m loving the ride so far.