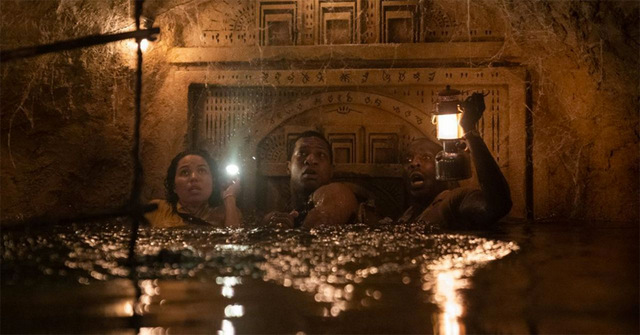 A History of Violence reinforced another of Lovecraft Country’s greatest strengths is how each episode puts its black leads in movie/TV genres they’re rarely allowed to participate in…or at least in the spotlight.

It gives the series such a unique feel and fresh experience every week. This episode took Tic, Leti and Montrose on a true adventure a la Indiana Jones on a tomb raid complete with puzzles, traps and a few creatures. While it might not have been the most informative episode or did much to advance many of the subplots, it was just pure fun and that’s all I ever want out of any adventure movie or episode.

Tic, Leti and Montrose head to Boston to get access to Titus’ vault hoping to find the missing pages from The Book of Name, but they’ve got some unwanted passengers in Hippolyta, Diana and Tree. 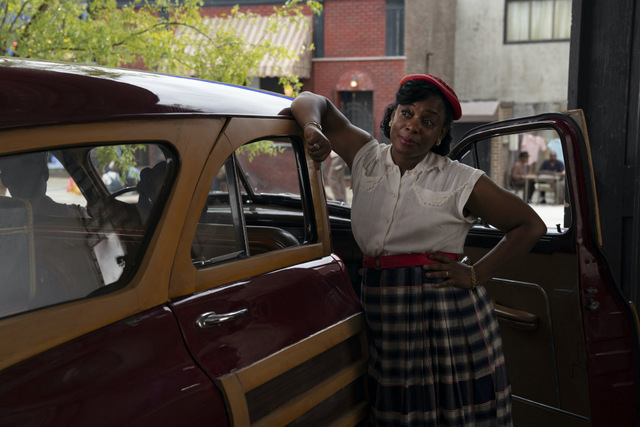 Tree is looking for a shortcut while Hippolyta and Diana are thrilled to get a chance to get on the road, a luxury Hippolyta couldn’t afford with George dead and certain areas not so enlightened towards black visitors. The fact that it’s a trip to an observatory even better.

Tree isn’t the best passenger as he tries to flirt with Leti and then suggests to Tic that Montrose might be hanging around at the bar for male company specifically the bar owner Sammy.

Hippolyta and Diana have a nice moment stargazing in the observatory where we get another clear Wonder Woman reference as Hippolyta mentions that she named a star Hera’s Chariot. Any Wonder Woman fan knows “Great Hera!” is one of her classic catchphrases and I’m loving these nods. 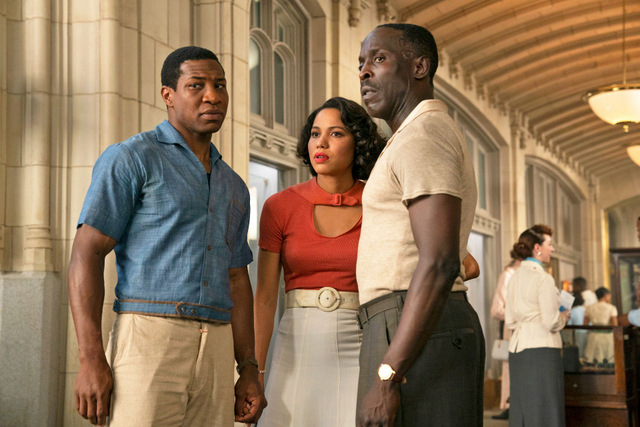 The real fun comes when Leti, Tic and Montrose sneak back in after hours thanks to Montrose’s friendship with the guard. Finding the vault proves tricky until they use some Goonies/Indiana Jones/The Mummy logic to reflect moonlight onto the entrance. There’s a map on display in the museum, but Montrose promised there wouldn’t be any property damage.

Leti didn’t make that promise though and quickly smashed the case. I love how Leti is written completely against the norm for a woman in the mid-1950s. She’s every bit the hero that Tic is and not an episode goes by where she doesn’t get a terrific hero moment.

Meanwhile, Christina is scheming to get her hands on an orrery, presumably a key to time travel. Yes, let’s make that happen too. She’s working all kinds of angles first by trying to stir up some dissension with Leti and Tic, having William seduce Ruby and riling up the police captain that arrested Leti in Holy Ghost. 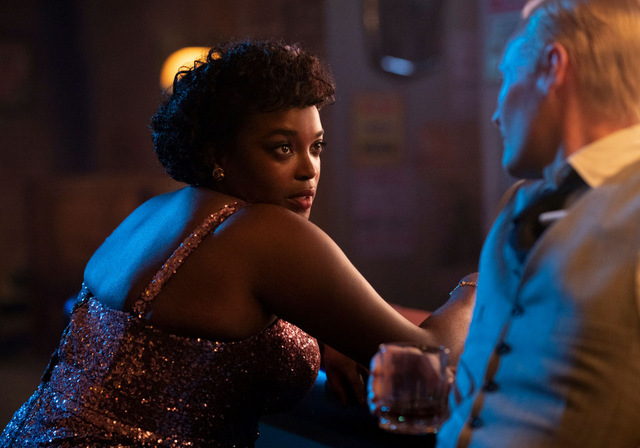 The vault leads to a tomb with all kinds of fun dangerous elements including a disappearing plank bridge, tunnels filling up with water and eventually an encounter with a mummy that transforms into an intersexed siren named Yahima.

Yahima was resting in its mummified state at a table set up very reminiscent to Goonies. I did keep looking for One Eyed Willie. Turns out Titus, who we already knew was a scumbag, tricked Yahima into serving him and kept them in captivity ever since. That’s totally on brand for the slave owner Titus.

Montrose is tired of the back and forth dialogue since Tic is the only one who can understand Yahima and grabs the scroll. This sets up a flood in the ship that triggers another death trap and potential disaster once the scroll gets caught in a wave. Fortunately, Leti spots it and makes the save. As a thank you, she gets a big kiss from Tic. Montrose might not be his father, but he did offer some useful uncle advice in terms of making things right with Leti.

In one of those wacky, go with it until it’s explained moments, the tunnel has led all the way back to under Hiram’s old property with the elevator bringing Tic, Leti, Montrose and Yahima right back to Leti’s boarding house. Interesting.

Hippolyta isn’t too keen on having to do all the driving back herself, but after spotting George’s notes on the atlas, she decides to head to Devon County — just wait before sunrise to cross the border! — to get some answers. 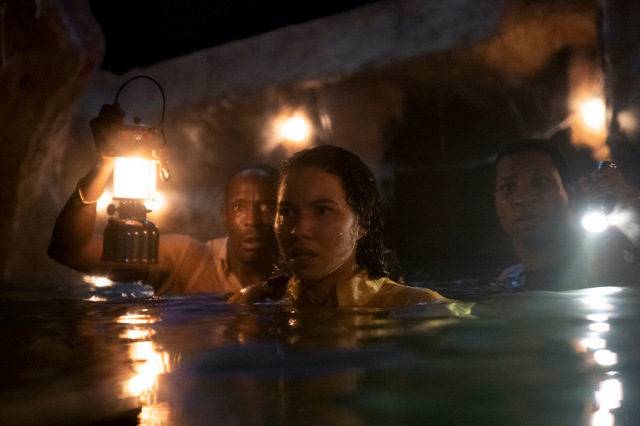 Montrose has been more than a little shifty so it didn’t look good when he was left alone with Yahima. I was hoping for a little delay, but he promptly slices Yahima’s throat. Now the question is was this murder some backhanded way of helping to protect Tic or some selfish motive to keep his actions secret?

A History of Violence reiterated that Titus was terrible, Montrose is shady, Christina is working everyone and Tic and Leti need to catch up to everyone else real quick. This wasn’t the season’s landmark episode, but I loved the adventure aspects and am anxious to see how the potential time travel element gets worked in at some point.