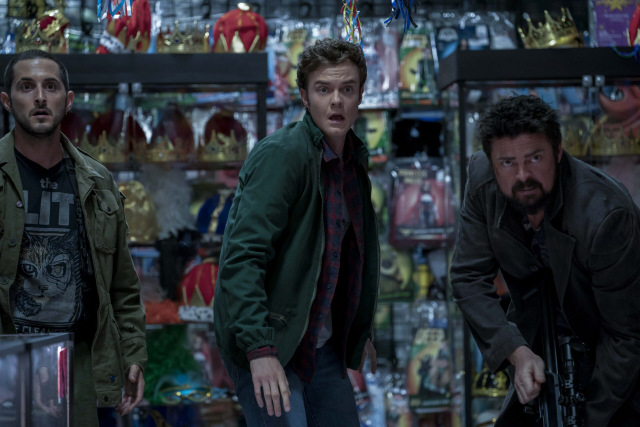 With Proper Preparation and Planning, The Boys addressed some lingering questions from last season while introducing a new wild card that threatens to make things even more interesting.

If there’s a problem that’s developing with the series it’s the title characters are becoming decidedly less interesting than The 7. There’s only so many times Hughie can get upright indignant to Butcher’s schemes and Billy can be cheeky but so often before his shtick could get tiresome.

That’s not the case with The 7 though as the writers seem to be having a lot of fun with their exploits.

Starlight joined The 7 as their shining, inspirational light, but the longer she’s around them the more corrupted she’s become. She already blackmailed her old pal Gecko to recover some Compound V and by the end of the episode she’s fully embracing her Darklight persona. Maybe. 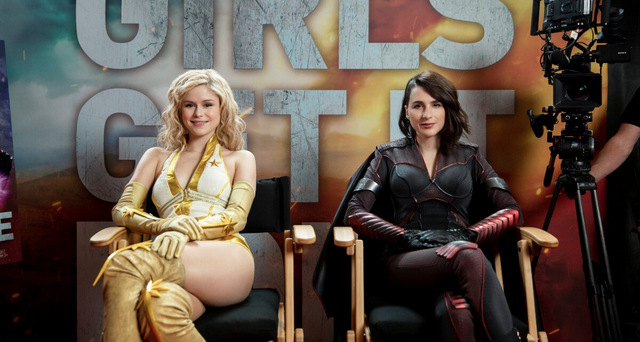 With three women on the squad, Ashlie gets the marketing-ready idea to set up a Girls Get It Done campaign. This features a hilarious moment where journalists ask Starlight and Stormfront ridiculously embarrassing questions like why are women better superheroes than men? Stormfront wants all of none of this dog and pony show and is clearly not a properly vetted and family-friendly member of The 7. There’s gotta be a reason why Stan brought her on to the team beyond her acerbic wit although that’ll do for now.

Starlight wasn’t thrilled with her surprise at the interview as A-Train returned. For a speedster, he managed to show some restraint in not immediately revealing that he knows what Starlight did and threatens to tell Homeland. Inspired by Stormfront’s zero f’s given mentality, Starlight drops the bombshell that she knows A-Train killed his girlfriend so if he wants to rat her out, she’s taking him down too. Well, alright Starlight!

Queen Maeve bailed on the press rounds to tend to her ex-girlfriend, Elena, who was in the hospital. When Maeve starts talking about staying home and not going out in public Elena doesn’t want a repeat of their relationship until Maeve explains that Homelander is a psycho who dismembered the last guy who innocently talked to her at a party. That’s enough reason to stay inside, provided Homelander doesn’t turn his attention on where Maeve is going.

For now he’s occupied trying to play dad and thoroughly disappointed that his son, Ryan (Cameron Crovetti), doesn’t seem to have any powers. Becca is horrified that this nut job thinks he has open access to join the household on a whim and goes to a Vought compound looking for a way out. Problem is, Becca is on Homelander’s radar and he used his powers to eavesdrop. This is not a great situation for Becca.

The Deep has conversation with his gills after drinking some hallucinogens provided by Eagle the Archer and Carol. This was on the border of being too silly, but Deep’s pathetic self esteem is providing some funny moments for now.

Billy leads the guys to the stranger who unleashed his powers at the wharf, but the twist here is he’s Kimiko’s brother, Kenji (Abraham Lim). Hughie rallies the guys to not help Butcher kill Kenji, but Billy actually shows some emotion beyond swagger on 1,000 and tells them about Homelander bringing him to Becca and his efforts to get her back. If he helps bring in Kimiko’s brother, the feds will clear them and he’ll get reunited with Becca. 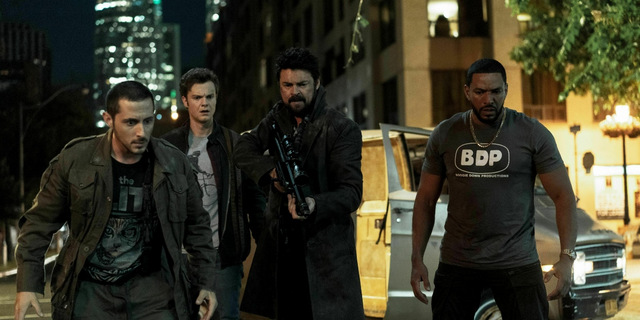 They’d been separated for years now but now Kenji is starting to think Shining Light had the right idea after a hero (likely Homelander) destroyed their village. This sets off an epic battle of siblings, which Kimiko eventually wins. The Boys arrive for unnecessary backup and Butcher reminds Hughie not to cross him again with a punch that leaves him bloody.

Well, Hughie stood up for himself and that’s what he gets for his trouble. I’m still not entirely sure why he feels any kind of loyalty towards Billy and the others at this point.

This was another eventful episode even if The 7 had all the highlight moments, but that’s a fair trade off given the layered approach to the flawed heroes this installment.