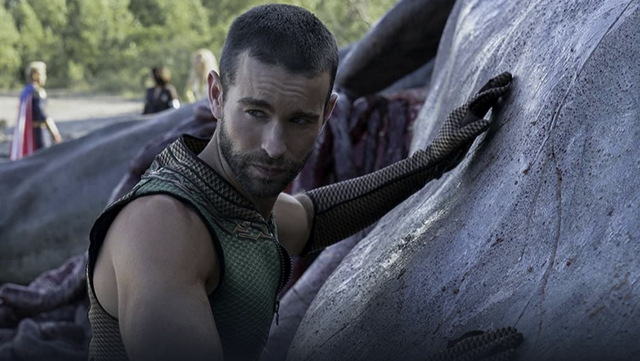 Homelander has trouble on the personal and professional front, Billy and Hughie find common ground and The Deep has another horrific aquatic mishap that makes me feel like a terrible person for laughing so hysterically in Over the Hill with the Swords of a Thousand Men.

At the homestead, Homelander is facing some harsh realities. Ryan doesn’t seem to have taped in to his powers if he has them and even worse he’s learning to speak Spanish, a terrible offense to someone as “patriotic” as Homelander. Deciding tough love is the key, Homelander tries to get Ryan to fly by throwing him off the roof. This doesn’t go well and results in a scolding from Becca, but Ryan does get heated enough that his eyes start glowing red. But he’s not too happy with pops’ motivational tactics.

Back at Vought, things are worse as the secret about Compound V creating heroes has been leaked to the media. Stocks are falling and there’s a widespread panic among the suits. This disrupts a funny jab at the DC film universe complete with a riff on the overblown Hans Zimmer score and dramatic pan out. Stormfront in the immortal words of The Critic, hated it, and tears into the director/screenwriter. A-Train knows Starlight was behind it, but doesn’t rat her out since that would implicate his knowledge of her plan. 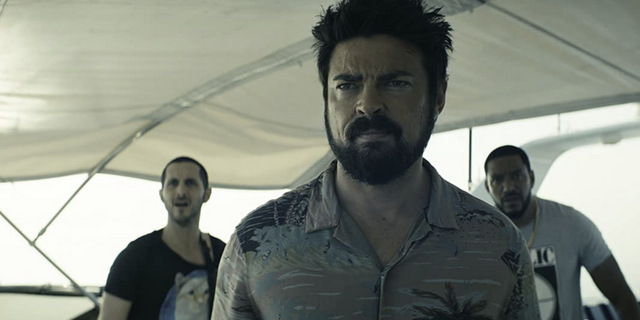 Stan isn’t worried as he wants The Seven to shut down Kenji, as he knows the true secret to manipulating the American public — heroes saving the day.

Hughie and The Boys are stoked about this big win, but Billy isn’t celebrating. He just wants to get Kenji to the feds in exchange for Becca. Frenchie is also preoccupied and wants Kenji to teach him the unique sign language he created with Kimiko so he can communicate with her.

Seizing his moment to get back in good with The Seven, The Deep sends a fleet of shark to sabotage Billy’s boat and blocks the storm drain with a whale. And naturally — at least for The Boys — Billy takes the speed boat full speed ahead and spears the whale covering the crew in whale guts. It was a ridiculous scene in the best way possible and proves once again that The Boys does shock value moments better than any other superhero show.

While The Boys and Kenji head into the storm drain, Deep waits on The Seven hoping to make amends with Starlight and rejoin the team. Starlight isn’t having it and Homelander blows him off by mentioning his ripped vest is exposing some of his gill. If only Homelander knew how much effort it took Deep to accept them!

In the tunnels, Starlight finds Hughie, but blasts him as she hears Homelander in a desperate attempt to save him. She kinda forgot Homelander is psychotic and orders her to kill Hughie. Fortunately Billy comes in to distract Homelander and Kenji sends a tunnel on top of him before making his escape.

Kimiko follows after him, but so does Stormfront, who proves every bit as dangerous and dismissive about innocent lives as Homelander killing random bystanders just for being in her path.

Kenji and Kimiko give her a good fight, but ultimately Kimiko snaps Kenji’s hands before snapping his neck and going full racist with a slur after killing him. I’d like to return this Stormfront fan club membership please. Thank you. 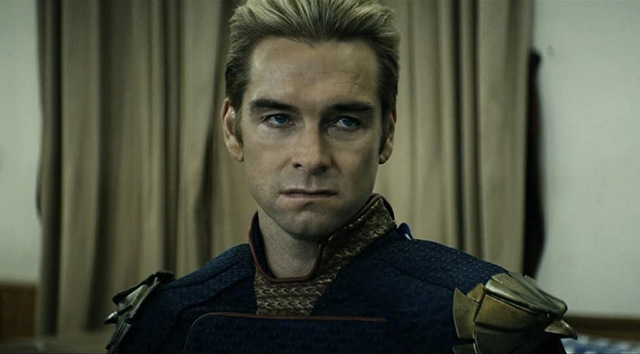 Stormfront didn’t make many fans with this move as Homelander is pissed since he wanted to kill Kenji, an act that gives Stormfront the big media spotlight at the press conference — Homelander’s usual spot. She seems to care less about angering the big guy as she plays up the hero role after Stan smoothed the Compound V crisis over.

Kimiko is seething watching Stormfront soak up the adoration from the media while Hughie is disgusted at how effortlessly Vought and The Seven won over everyone despite their murderous rampage.

It seems like Hughie finally understands there’s no playing fair against The Seven and Vought — a lesson Billy learned a long, long time ago. 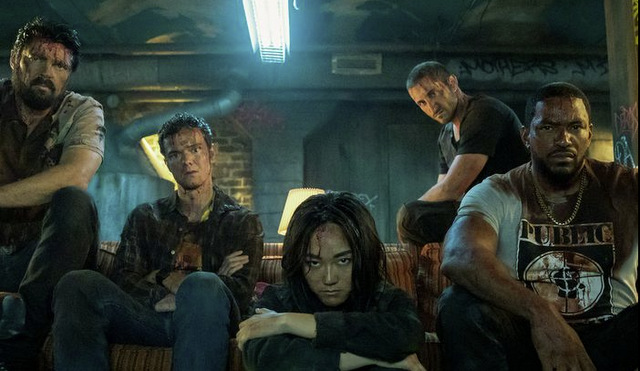 This episode has a little bit of everything delivering a memorable installment bound to have major impact as the rest of the season plays out.