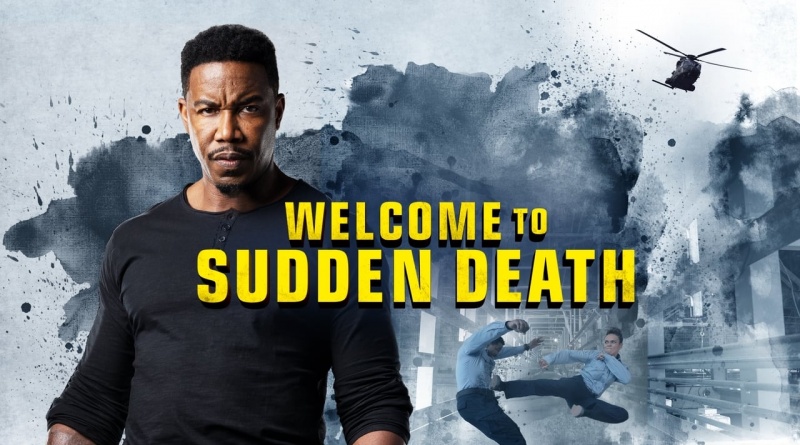 It’s best to approach Welcome to Sudden Death like a bad comedy with the occasional impressively out of tone gratuitously bloody action scene. Either way you’re in for one of 2020’s worse films.

This would be the kind of film you’d expect and know exactly what you’re getting if it starred Adam Sandler or Kevin James. That’s not the case with Michael Jai White, who starred and co-wrote one of the all-time classic parody films Black Dynamite.

Welcome to Sudden Death features a terrorist invasion of a basketball arena. This is essentially a reboot of the 1995 action film Sudden Death starring Jean-Claude Van Damme. Just done much worse. 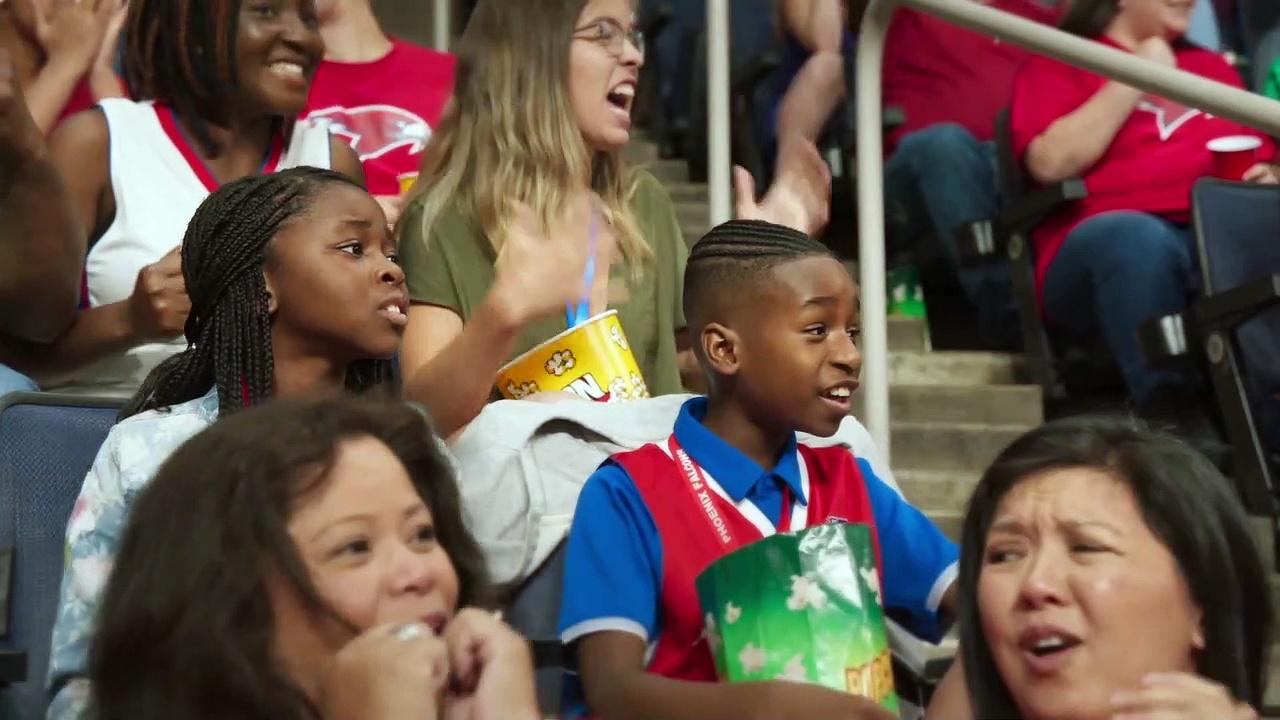 Jesse Freeman (Jai White, Triple Threat) has a new gig as a security guard at a new basketball arena. After being away from his family while serving in the military, Jesse is trying to make up for lost time and hopes to impress his children by taking them to a basketball game.

His timing is bad though as a group of terrorists led by Jobe (Michael Eklund, The Package) invade and hold stadium owner Diane (Sabryn Rock) hostage. Jobe and his crew didn’t count on Jesse stopping them at every turn.

Gary Owen (Think Like a Man) is also part of the cast as the random comedy relief janitor. That would be fine if Owen had any good lines, but that would go completely against anything else in the film by actually being competent or entertaining. 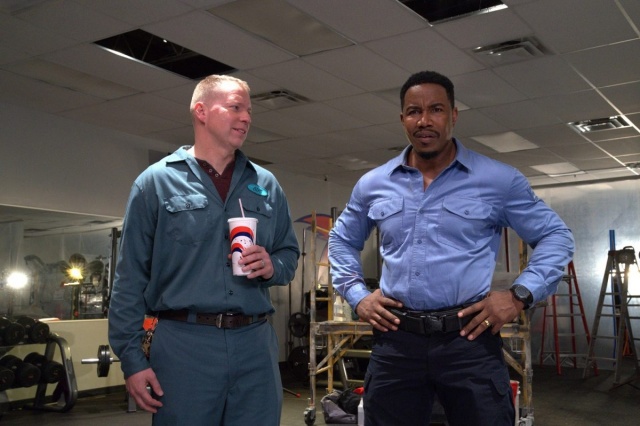 There’s no indication that director/writer Dallas Jackson (Thriller) actually tried to spoof the Die Hard genre. That’s ripe for a skewering in the right hands.

Jackson’s dialogue is consistently bad, but it’s embarrassingly insulting especially for Jesse’s children. They sound like Sanders has never been around children let alone have any clue how they sound.

Jai White looks every bit as formidable as always in fight scenes. Watching him demolish opponents with his flurry of kicks and punches is the film’s lone saving grace. There’s also a cute moment where Jai White gets to do a fight scene with his real life wife (Gillian White).

For a film set in an arena, many of the courtside shots look bad as if they were done in post production.

Blood effects look awful like caked up red goop with bits of flour. The soundtrack is astonishingly terrible and had to have been done on the discount. 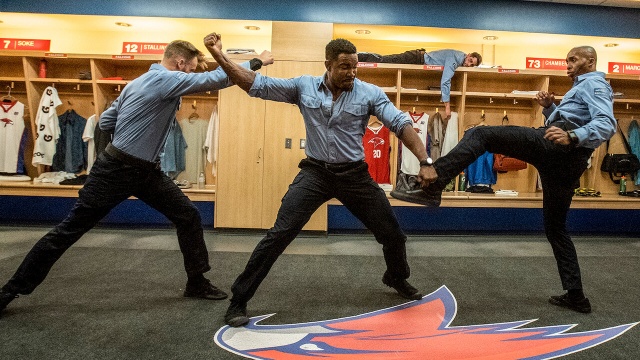 Just based on how consistent the entire cast is I’m going to just assume Jackson instructed the cast to overact dramatically and as over the top as possible. Everyone’s performance is so bad it feels like no one is sure if they’re playing their characters for high laughs or drama and failing on either end.

There’s little redeeming value to this one and even fans of the original are likely to walk away feel extremely disappointed.