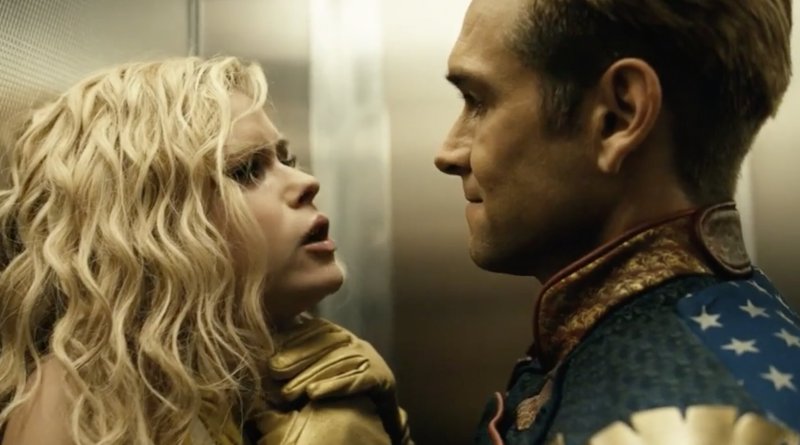 After the chaotic and eventful last episode it made perfect sense for this one to be somewhat of a cool down episode. That doesn’t mean Nothing Like it in the World was uneventful with a number of low-key important developments.

Following the fallout of Stormfront’s carnage, The Colonel was crushed. She’s seen enough of Vought’s lies and the supes running amok to know how the events really played out. Weary from the game, she didn’t bother using Becca’s location as a carrot for Billy any longer and simply gave it to him along with some information on an old supe, named Liberty. 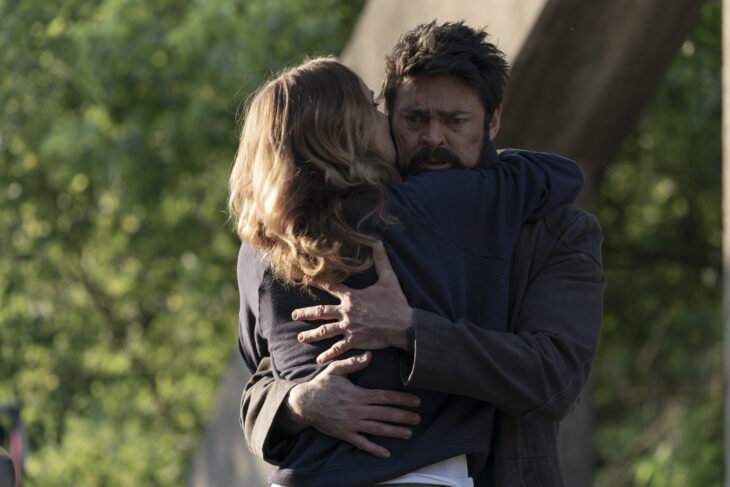 Of course this was all Billy needed and ditched the Boys to get his wife back.  While security seemed a little shaky for Billy to literally just scale the wall and get to Becca, that was the only thing that went according to plan. Billy understands Vought isn’t going to let him and Becca ride off into the sunset with Ryan, their million dollar asset. Becca naturally wouldn’t leave her son in Vought’s care and it’s the bridge of no return — literally for Billy and Becca.

Worse for Butcher, he’s now on Black Noir’s radar as he sees the security footage of Billy scaling the wall.

Homelander has a busy episode. After an oh so creepy motivation pep talk from Doppelgänger (shape shifted into Madeline) he’s ready to reassert his control over The Seven. 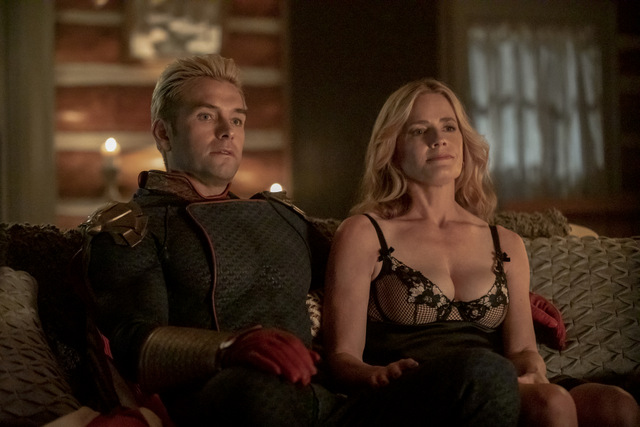 First up, A-Train is out thanks to his ailing heart. Then it’s time to put the fear of Homelander back in to Starlight to ensure she’ll follow his command.

Next up it’s to let Queen Maeve know he knows about her girlfriend. But as a relatively loyal member he doesn’t threaten Maeve too much. The implied threat was more than enough.

Now it’s time to reel in the upstart new arrival. Stormfront knows how to maneuver around him though so he thinks she’s compliant, but really Stormfront is operating on a Palpatine-like level and easily makes him think he got his way. But this episode reveals far more about the charismatic anarchist and none of it was good.

With Billy distracted, Mother’s Milk and Hughie headed down to investigate and Starlight joined the road trip. MM is the stable heart of The Boys so it was nice to see him in the leadership role and having some quality bonding moments with Starlight and Hughie. Starlight and Hughie did their own bonding and their “it’s complicated” relationship feels all the more tragic because it really isn’t safe for them to be together. 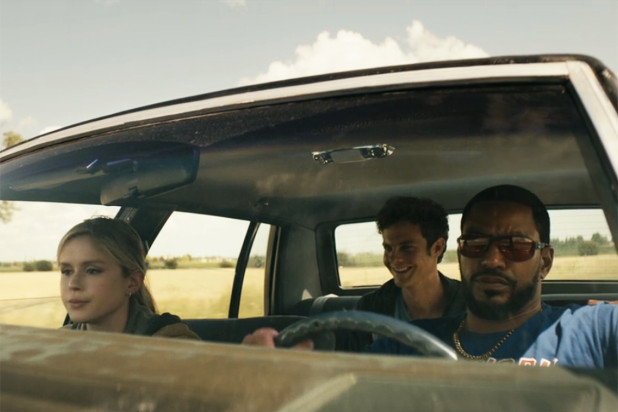 Their road trip led to an older woman (Dawn Lewis) who recalled Liberty savagely killing her brother when she was a child and being a straight up racist. That was enough for me to piece it together, but she confirmed that Liberty is still operating…only now as Stormfront. I’m torn who I want to kill her more: Homelander or Kimiko.

Kimiko does make an attempt during Stormfront’s latest stoke the masses rally outside of Vought, but Frenchie stops her before she gets killed. Stormfront is a major level supe and it’s going to take a lot to kill her. Kimiko is clearly not ready for this rematch yet.

Homelander decides he’s good on doppelgänger’s unique motivation tactics including turning into Homelander so he could please himself (ewww). This was a mercy killing if there ever was one. 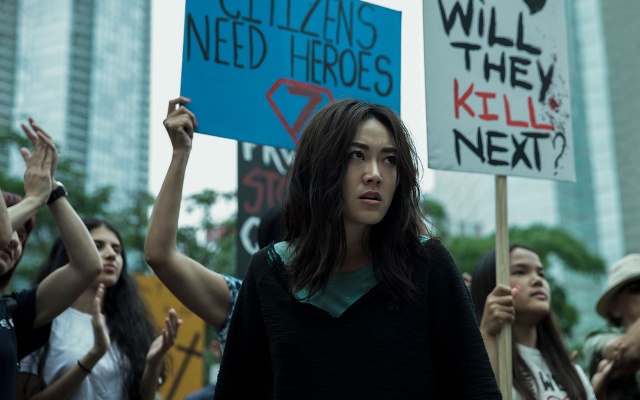 So where does everyone stand now? Stormfront is basically a Nazi, Homelander is really screwed in the head but is rallying The Seven. The Deep held a wife audition for a suitable wife to sell his recovery and return to the team and The Boys are still operating way out of their league. Basically everything’s status quo.

This was a strong follow-up to last week and really sets the season in a very intriguing back half.