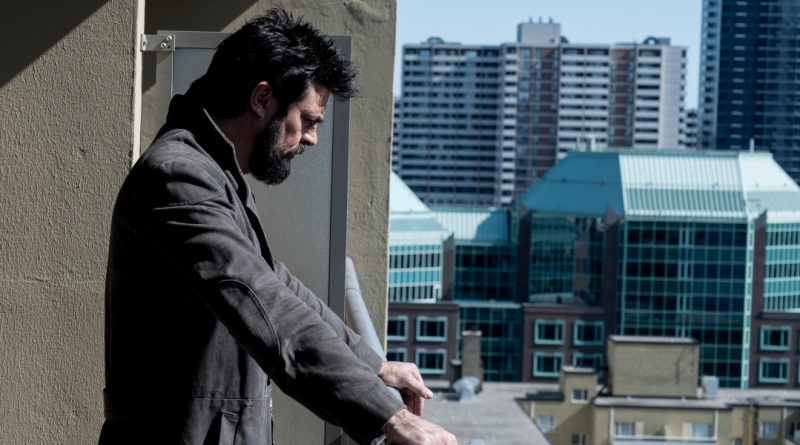 For the penultimate episode of the season, Butcher, Baker, Candlestick Maker wasn’t the epic I was expecting. Sure, some heads exploded and there was some significant advancement in a number of subplots, but the trickiest aspect of The Boys remains.

Starlight said it best when she brokenly said to her mother that there’s no justice in this world and the bad guys always win.

As season two wraps up, it’s becoming clearer that something major needs to happen to tip the odds in The Boys’ favor. Otherwise Season 3 is just going to feel like the last four years in the real world.

Lamplighter is set to testify and help the Congresswoman Victoria Neuman nail Vought to the wall for all their atrocities. Assuming he’s a dead man anyway, he decides to spend the rest of his time watching cosplay porn…and some actually starring The Deep (who clearly needed a better agent).

Billy has to deal with a family crisis as his mother tries to give him some peace seeing his dying father (John Noble). The Colonel assigns Frenchie and Kimikio to watch Neuman while she and Mother’s Milk go to get another potential witness against Vought in Jonah Vogelbaum.

It was interesting watching the opening sequence play out as Stormfront’s hateful rhetoric slowly poisoned the mind of a regular guy into thinking the innocent store clerk was a super terrorist and kills him. This goes back to earlier in the season when Homelander ignored Ashlie and the test group’s thought that super villain was a less menacing name. Villain implies an adversary while terrorist suggests an imminent threat.

Apparently I’m all out of sympathy for a Nazi as Stormfront sees a baby and misses her daughter. Not that anyone is given much of a chance to feel for her at all as Homelander takes her to meet Ryan and they quickly bully Becca and turn Ryan against her. I do wish I felt for Becca who’s been in a terrible position from the start of the series, but the writers have made her more of a prop/trophy. Lying to Ryan about their surroundings wasn’t the best play either so she has some responsibility for him leaving.

Stormfront and Homelander have a lot of plans reaching fruition this episode. They’ve successfully won over the masses of public opinion and offer their ‘thoughts and prayers’ for the store clerk’s death. It seemed like Stormfront had some big plans for Starlight, but she ultimately just opted to imprison her at Vought Tower and out her as a mole within The Seven. 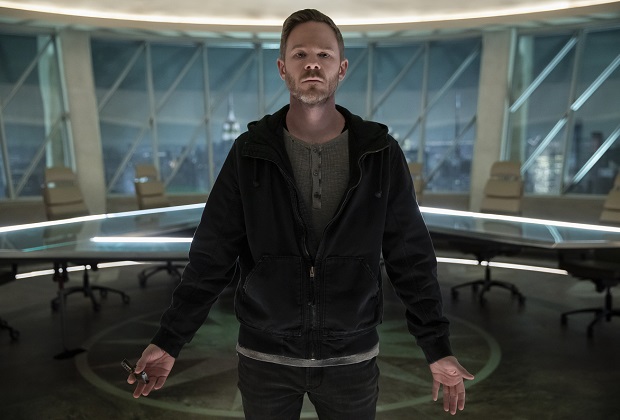 Lamplighter’s actions do trigger the alarms, which allow Starlight to power back up enough to escape and brawl with Black Noir. He nearly kills her when Queen Maeve makes a last minute rescue by triggering Black Noir’s allergies. That’s a creative way for dealing with an invulnerable tank. Maeve had been a funk for most of the episode after Elena decided she wanted out. She hooked up with a random dude, which horrified Ashlie since Maeve and Elena are “America’s second favorite lesbian couple.” Ashlie is such a perfectly written modern PR character, but even she has a nice human moment in apologizing.

I’m becoming more intrigued with the Church of the Collective subplot. Eagle the Archer is out for not towing the church line and they launch a massive slander campaign against him. The Deep is quick to fall in line, but A-Train is suspicious of how quickly they turned against one of their own even if they can get him back into The Seven.

While Grace and MM struck out appealing to Jonah, Billy doesn’t have any problem since he threatens to kill Jonah’s entire family. Turns out that’s an effective way to get someone to testify. 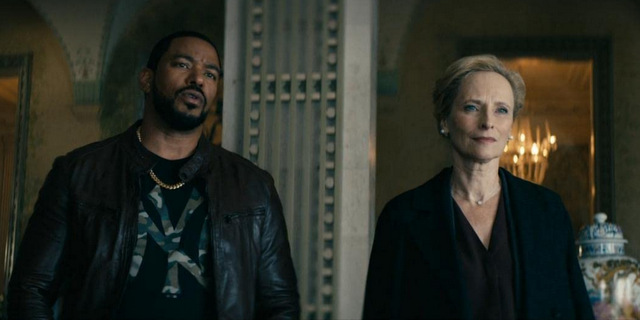 Time for the big hearing. The Seven (or the remaining members) are in attendance and are shocked when Jonah comes in. Then things start getting dicey as heads start exploding. It’s a ghastly, gruesome sight although with the exception of Jonah no significant main or supporting characters get killed. The Boys can only watch on in horror. In a situation like this, what can a bunch of misfits accomplish?

That’s kind of where this season has reached its late stage crossroads. The Boys are terribly overmatched and there never seems to be any satisfying comeuppance for the villains to the point that every instance there’s some reason for hope it gets squashed like all these exploding heads. Game of Thrones eventually made that long game work with the bad guys taking zero losses early on only to get what’s coming to them, but will that be the story with The Boys? The season finale will go a long way to deciding my optimism for Season 3.