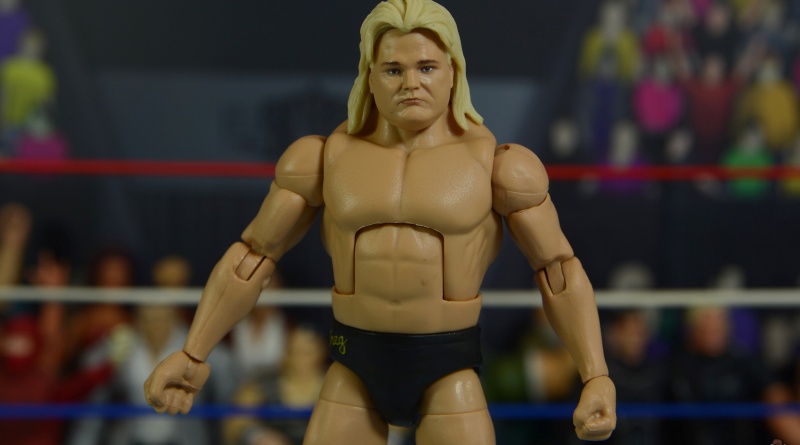 Greg ‘The Hammer’ Valentine was one of the legit legends of the 1980s. He was part of a successful tag team with Ric Flair in the Mid-Atlantic area; fought ‘Rowdy’ Roddy Piper at Starrcade and had a lengthy WWF tag team title reign. And he participated in the best Royal Rumble of all time too. Needless to say this was one of the remaining major 80s Legends that was essential for my WWF display.

Packaging:  I love the gold, brown and yellow color scheme of the Legends line. The big WWE Legends logo on the insert is a really nice touch and I love the old school drawing of The Hammer instead of a photo to stay consistent with the previous Legends waves.

The bio for The Hammer is actually pretty comprehensive from a career perspective. 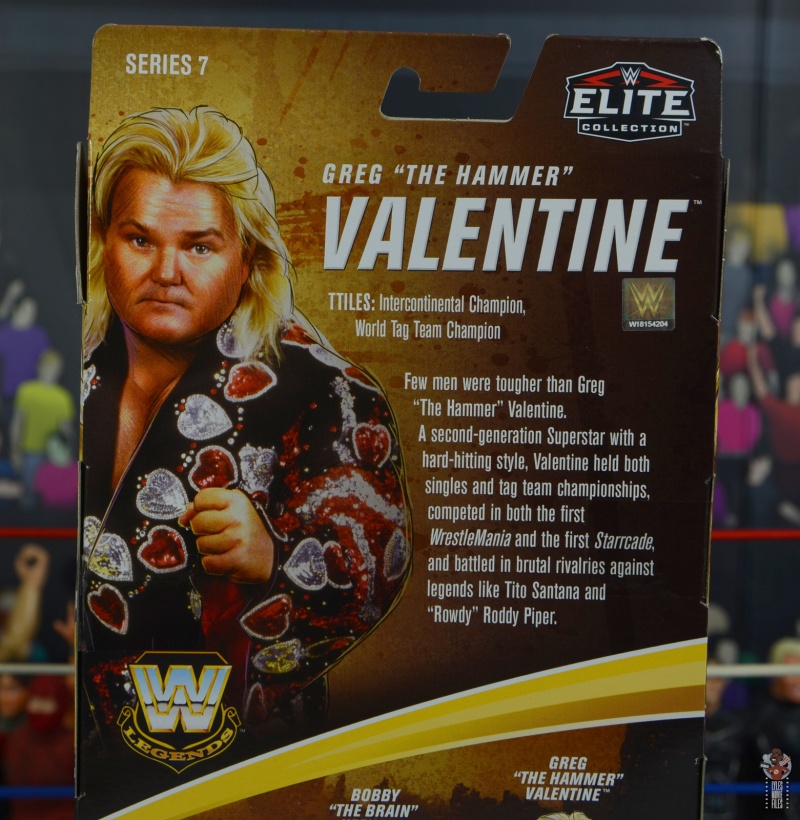 Likeness:  Jakks already got around to making a Valentine figure and it was fine for the time with a likeness that still holds up. The Mattel one edges it out thanks to the True FX technology.

The higher and longer hair style reflects more of a latter 80s version of The Hammer, but please believe when that Brutus Beefcake figure comes out this will be my Dream Team Hammer as well. 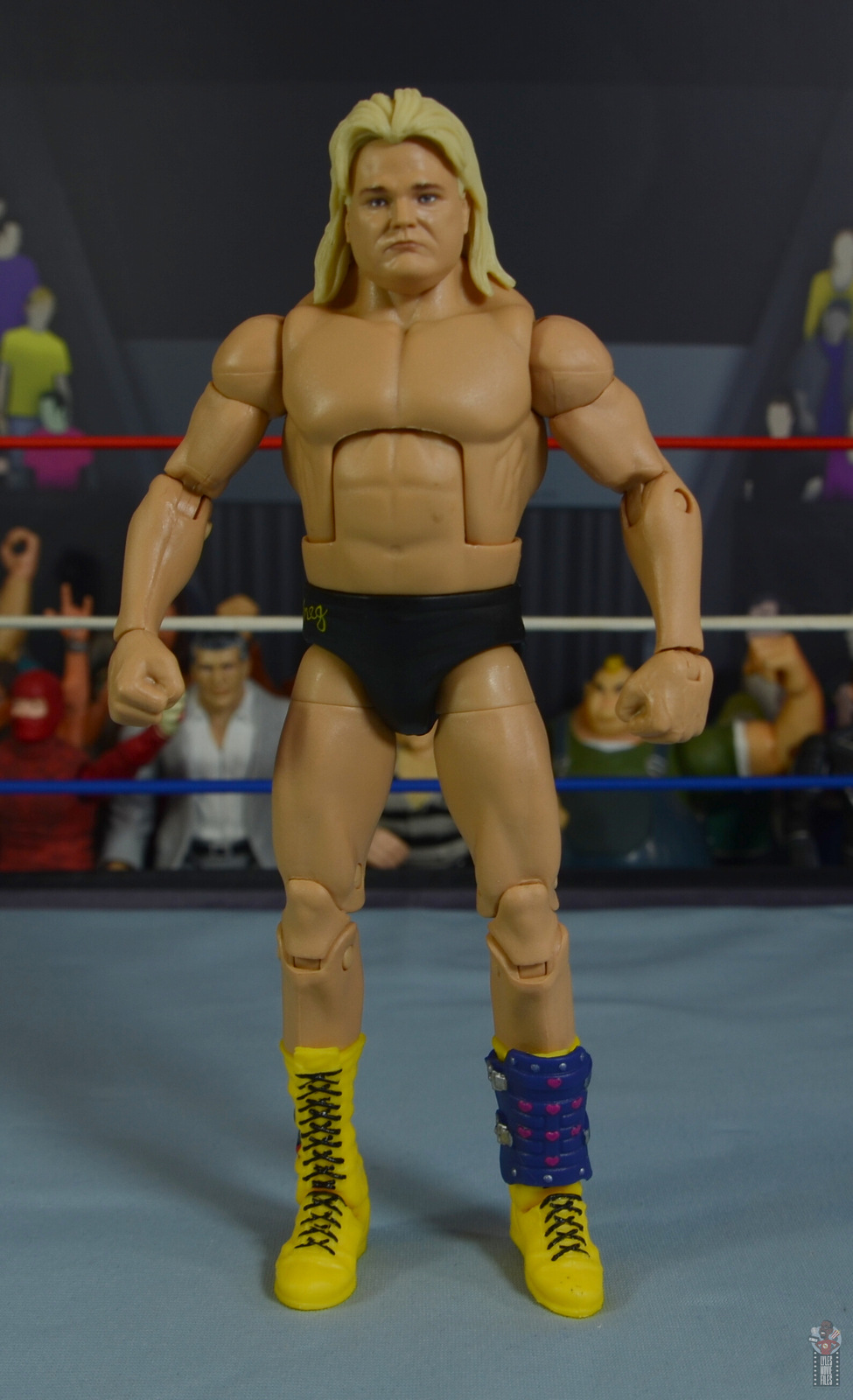 Mattel went with the thicker, barrel-chested mold a la The Iron Sheik for Hammer. It’s definitely the best option of the available parts. They didn’t skim out on the arms as they’re a good size and don’t look too skinny. The same can’t be said about his legs, which are way too thin and long for his build. 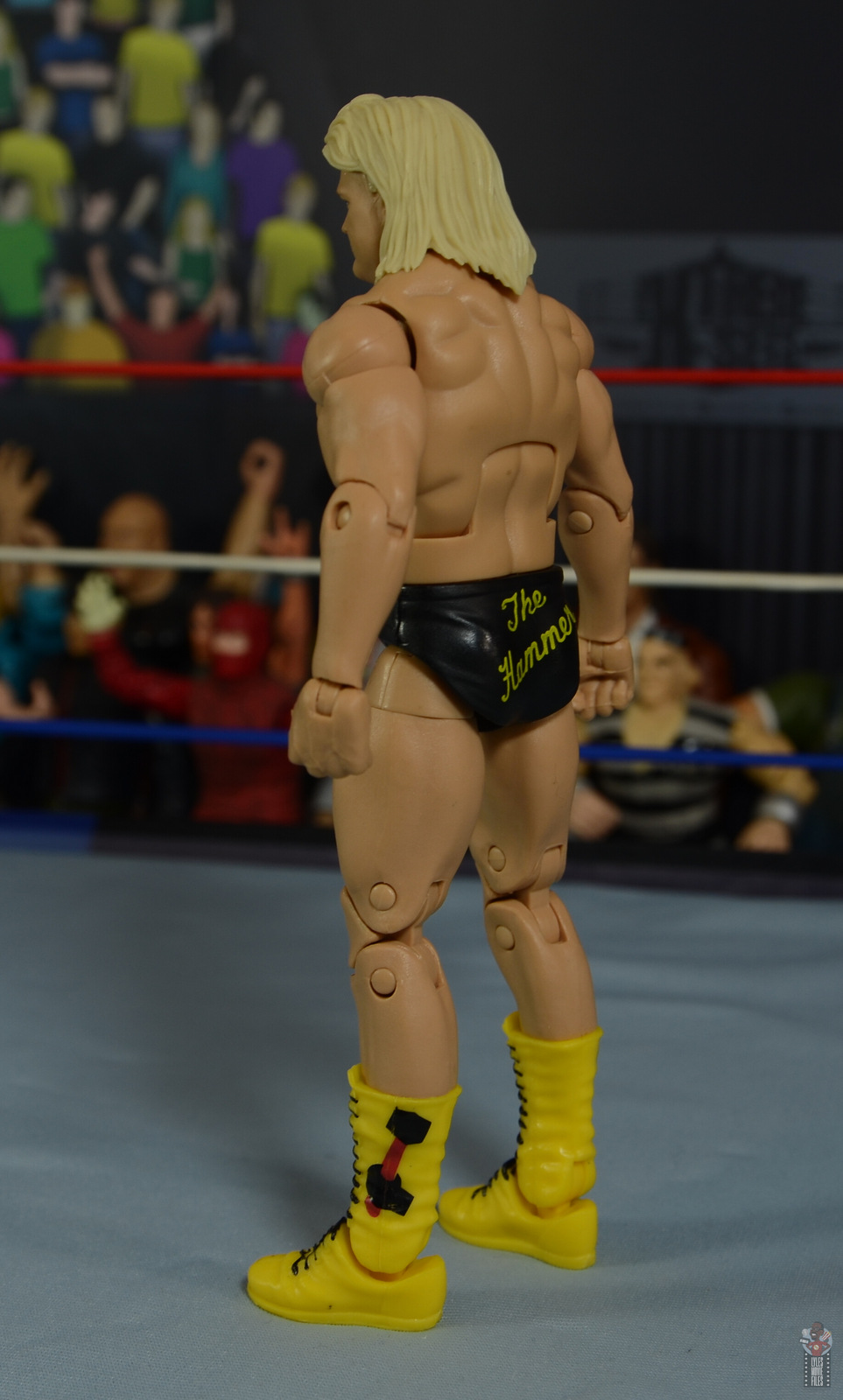 Scale:  Hammer was relatively short at 6’ so he should be looking up at the 6’2” Tito Santana and 6’4” Brutus Beefcake. The hair gives him extra height, but he’s way too tall and shouldn’t be anywhere close to looking eye to eye with Hogan.

Mattel is getting loose with its scaling, but with Hammer, there’s a strong likelihood I have smaller legs that will work for him. 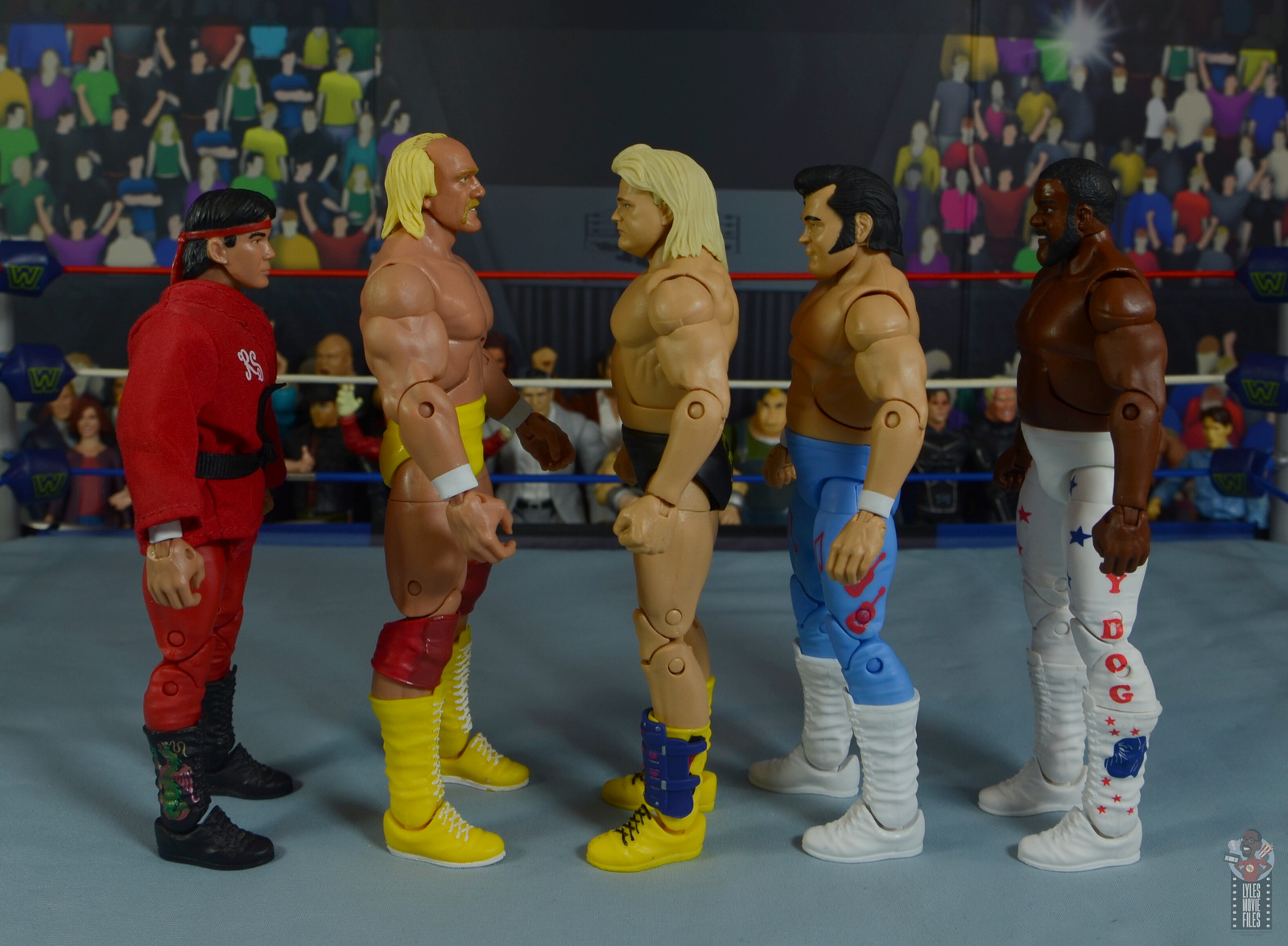 Paint:  Mattel is reintroducing the chase concept in all of its lines including the Legends series. The Hammer gets that “honor” this wave as he comes with both black and yellow tights.

Fortunately Hammer is one of those guys who mixed up his tights enough that there’s not necessarily a definitive color Mattel should have gone with. I got the black tights, which I preferred since Hogan cornered the market on yellow tights and boots in the 80s. 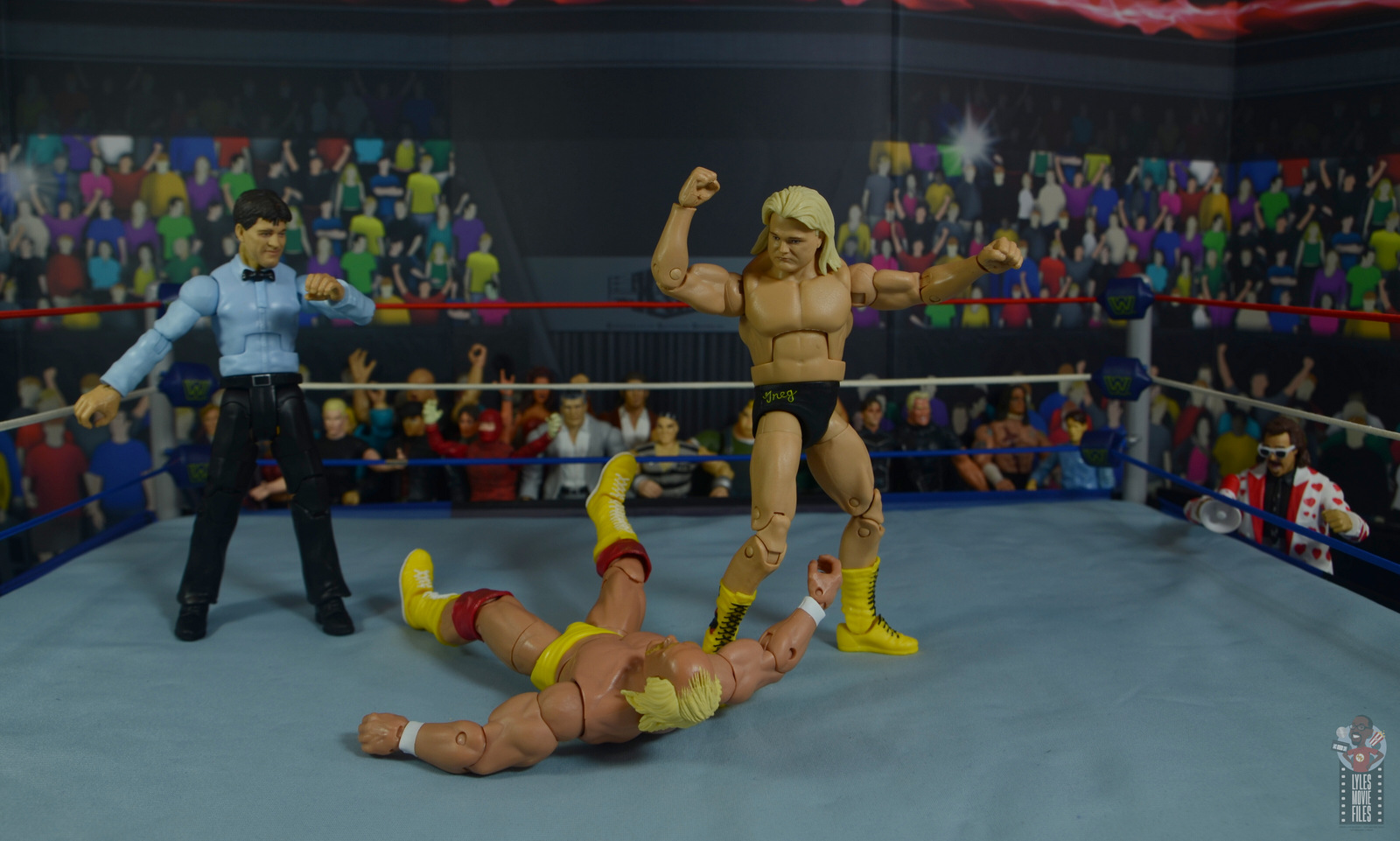 Articulation:  Despite his size, Hammer was actually a very fluid wrestler with the full toolkit of 80s wrestlers. While his buck doesn’t lend itself well to submission holds like an abdominal stretch, he can pull off his Figure Four finisher without any issues. 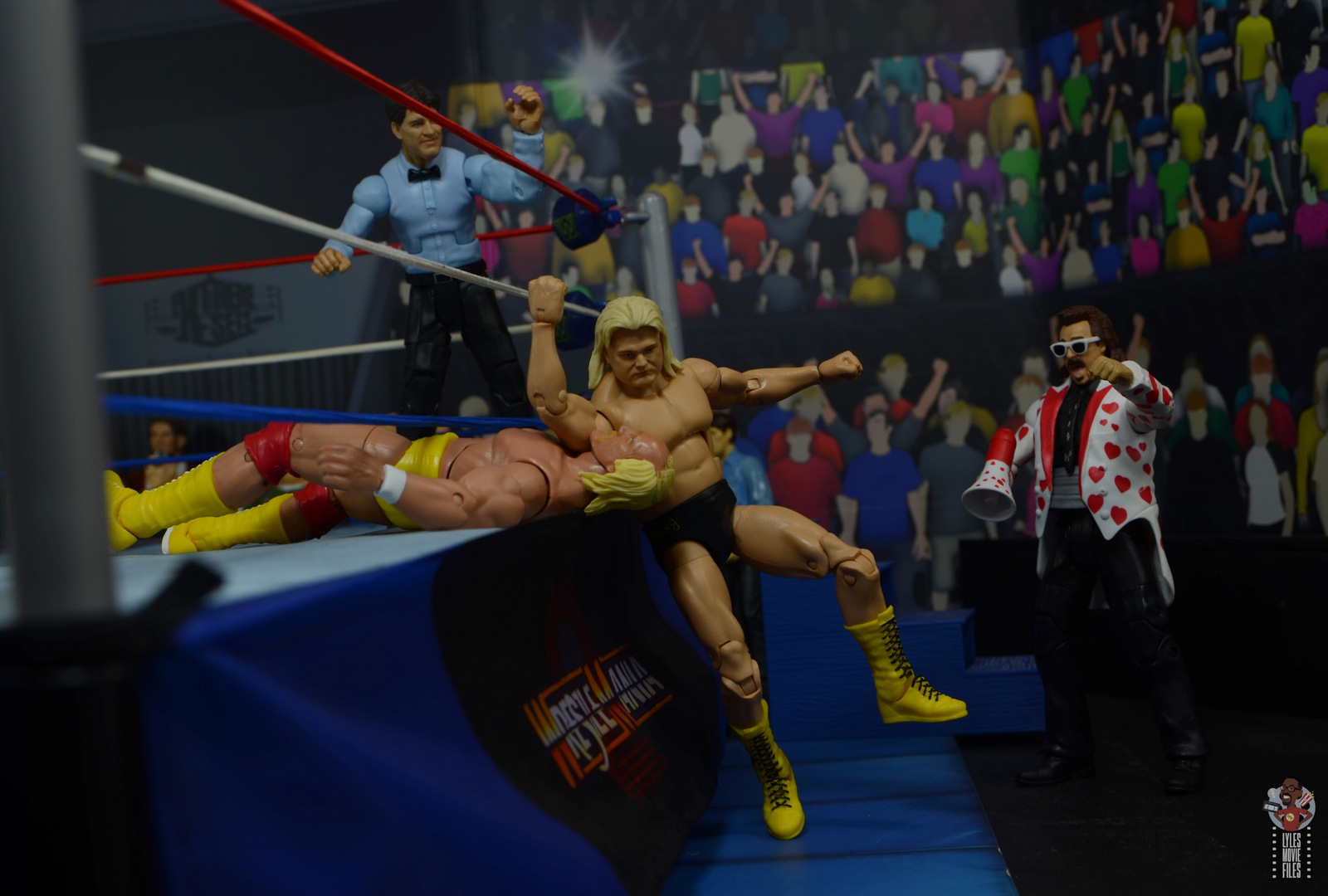 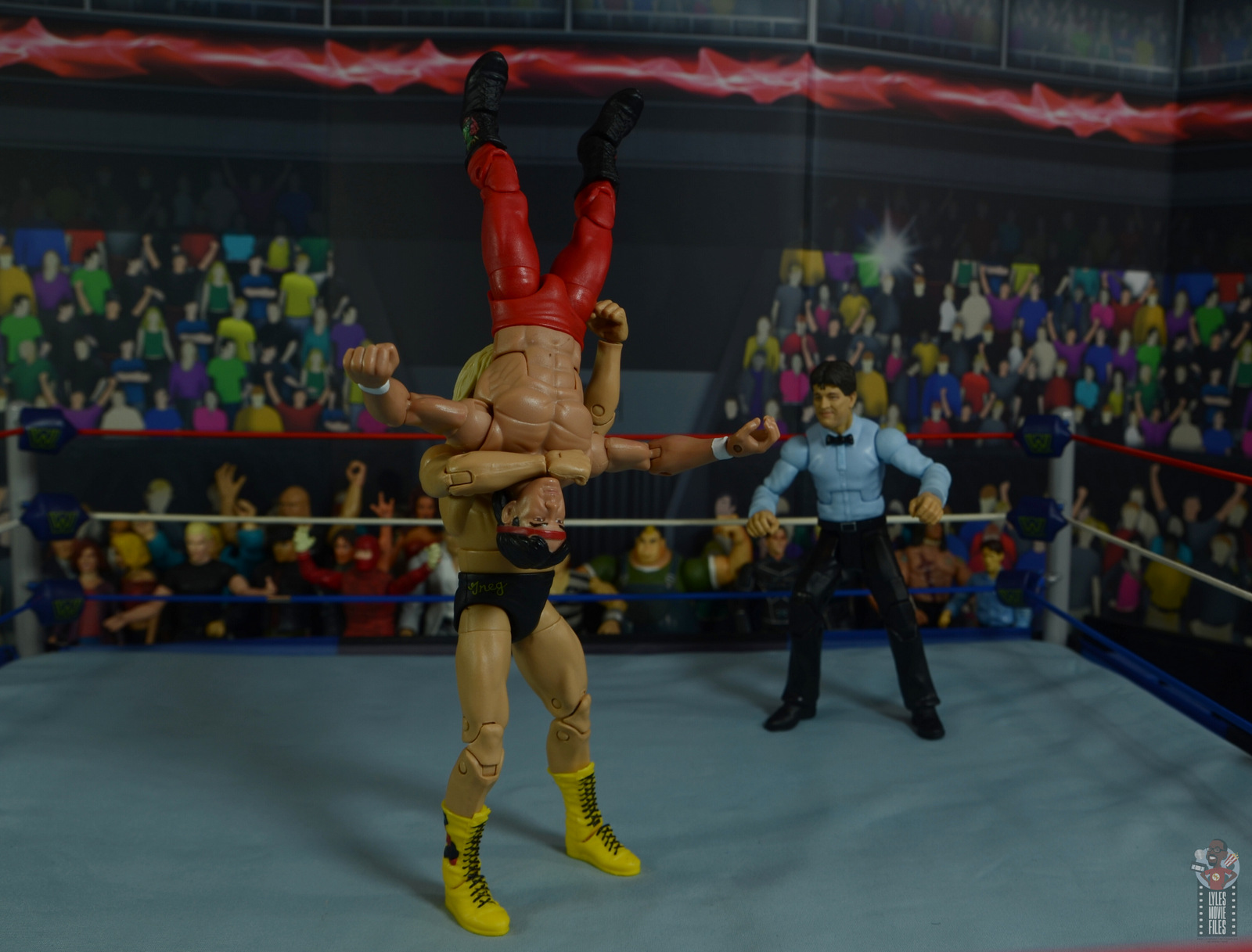 Greg ‘The Hammer’ Valentine has: 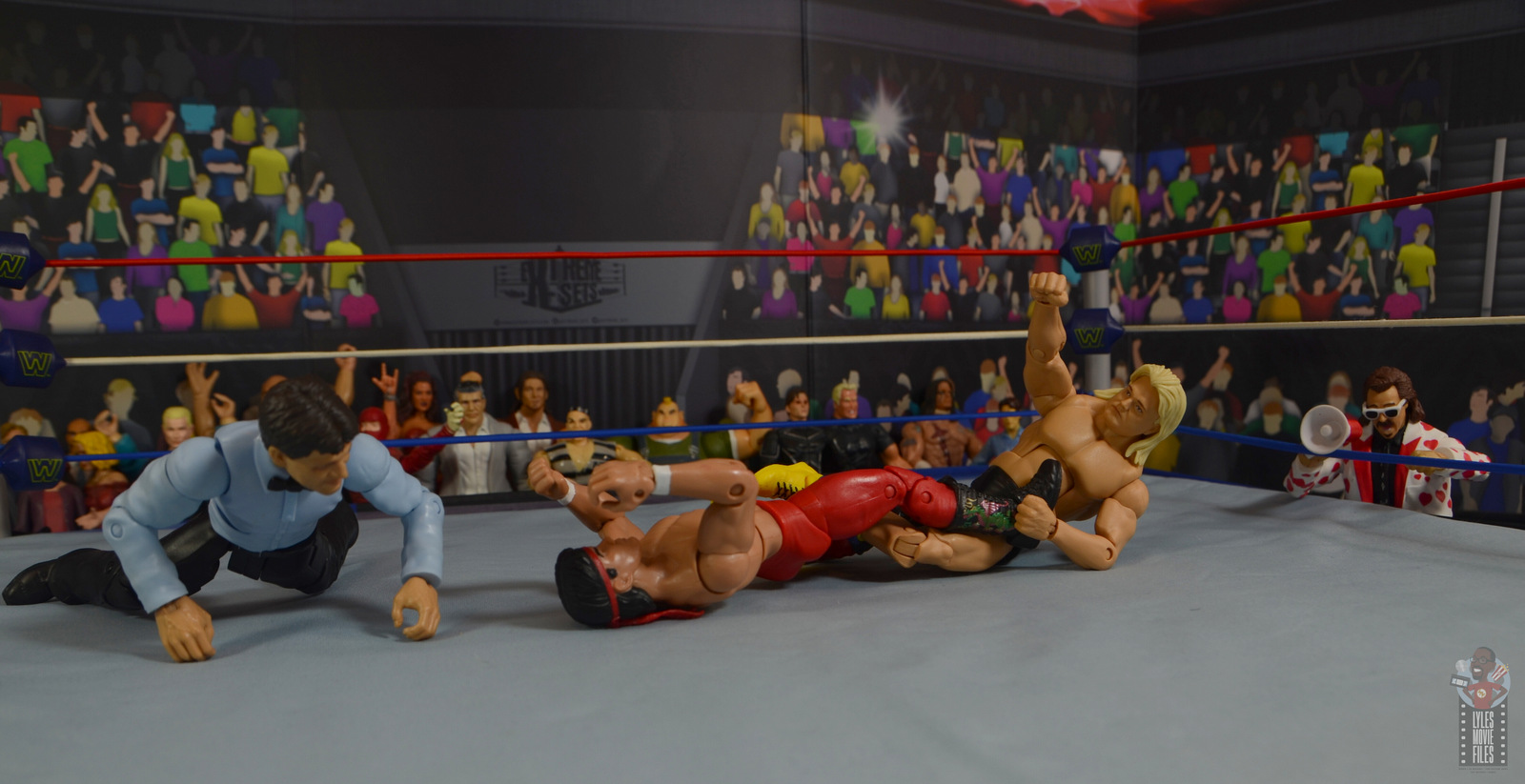 Accessories:  The Hammer gets a sweet entrance robe complete with The Hammer logo on the back. 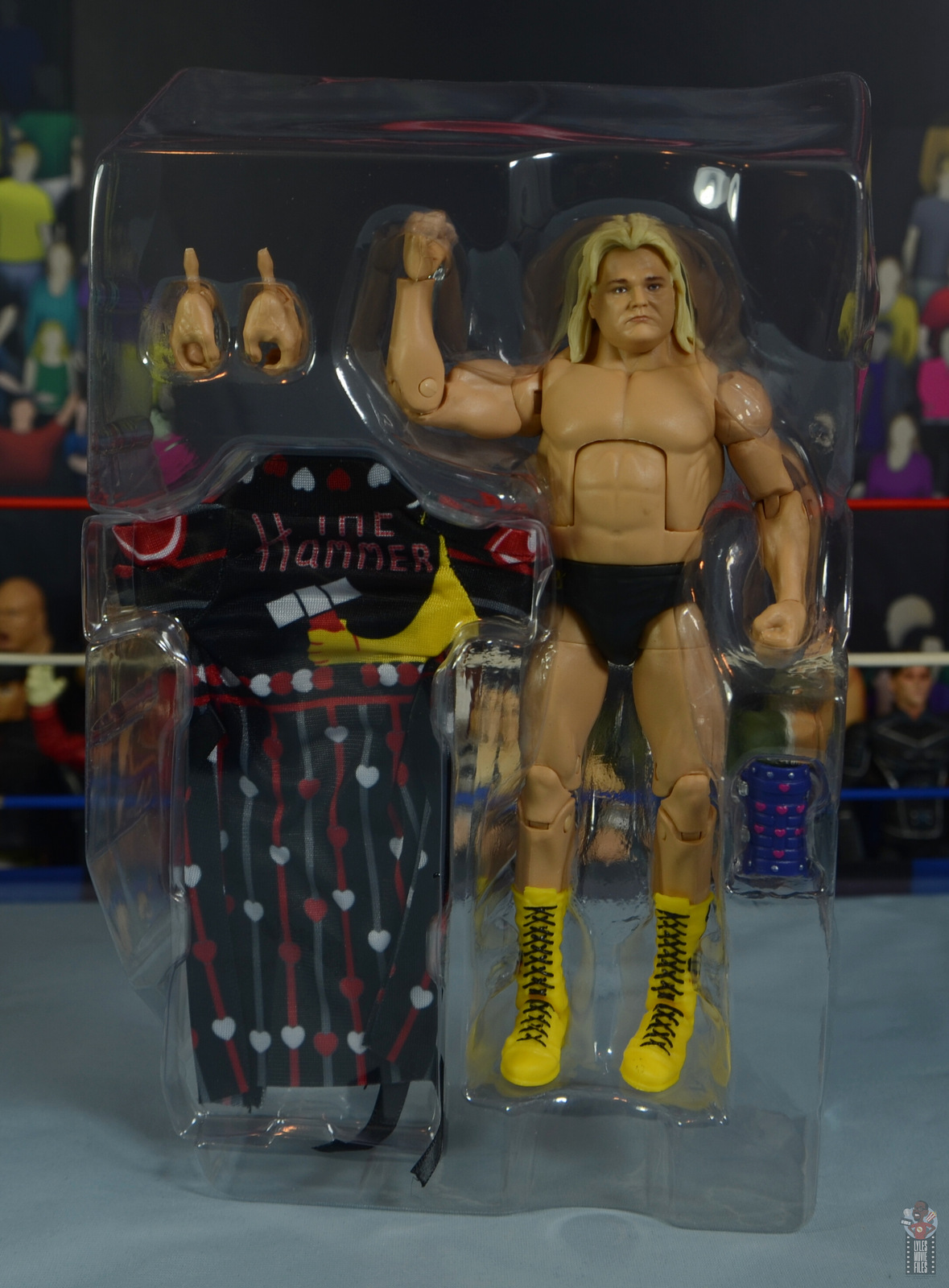 It’s not as thick as some of the other robes, but it gets the job done. The regular word on the street is these robes create staining if you don’t give it a quick wash first so FYI.

Additionally, he has two gripping hands. It does seem like an oversight not to include chopping hands since Hammer could lay out some painful sounding chops. At least with the swappable hands that’s not a big issue any longer. 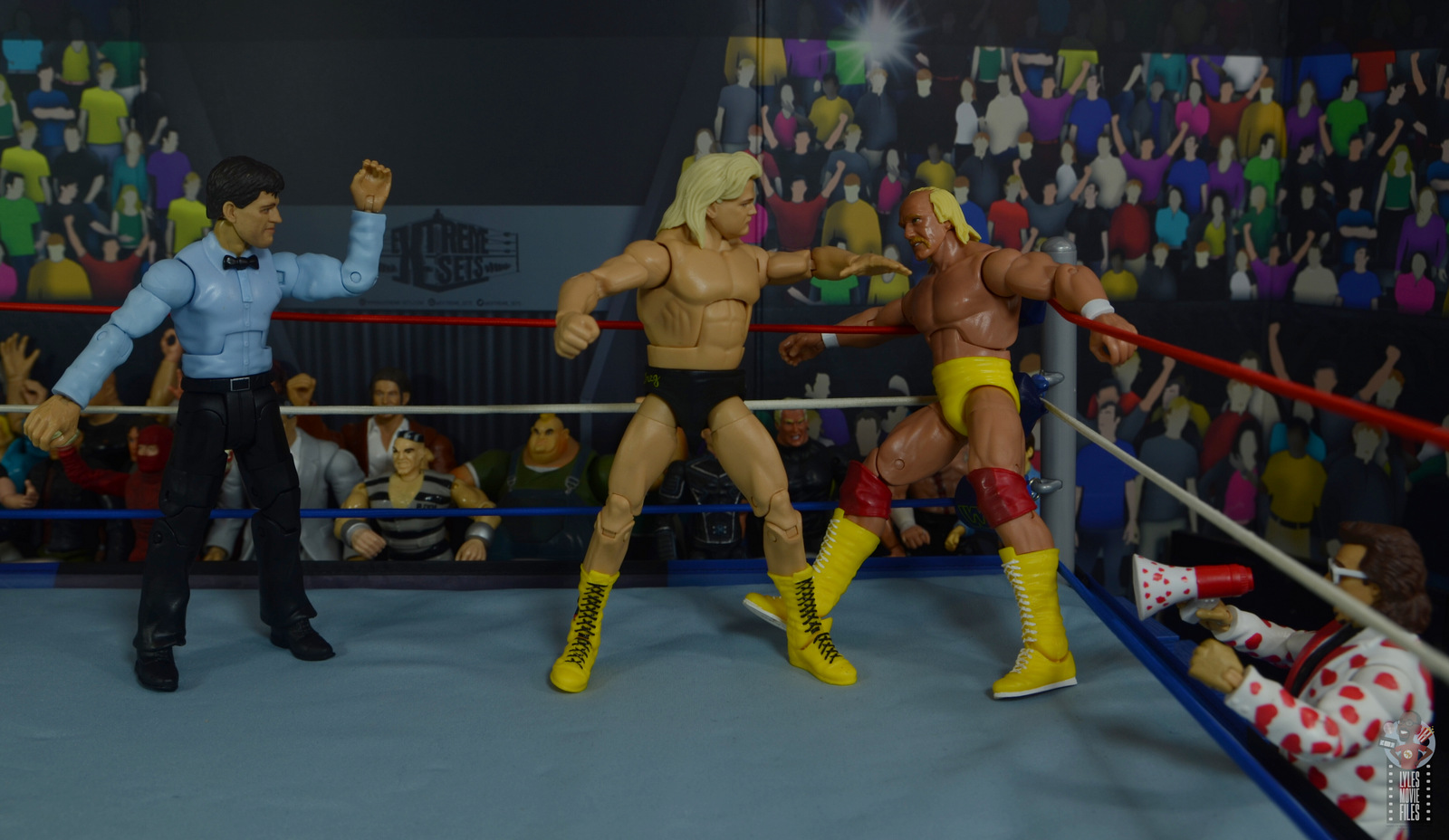 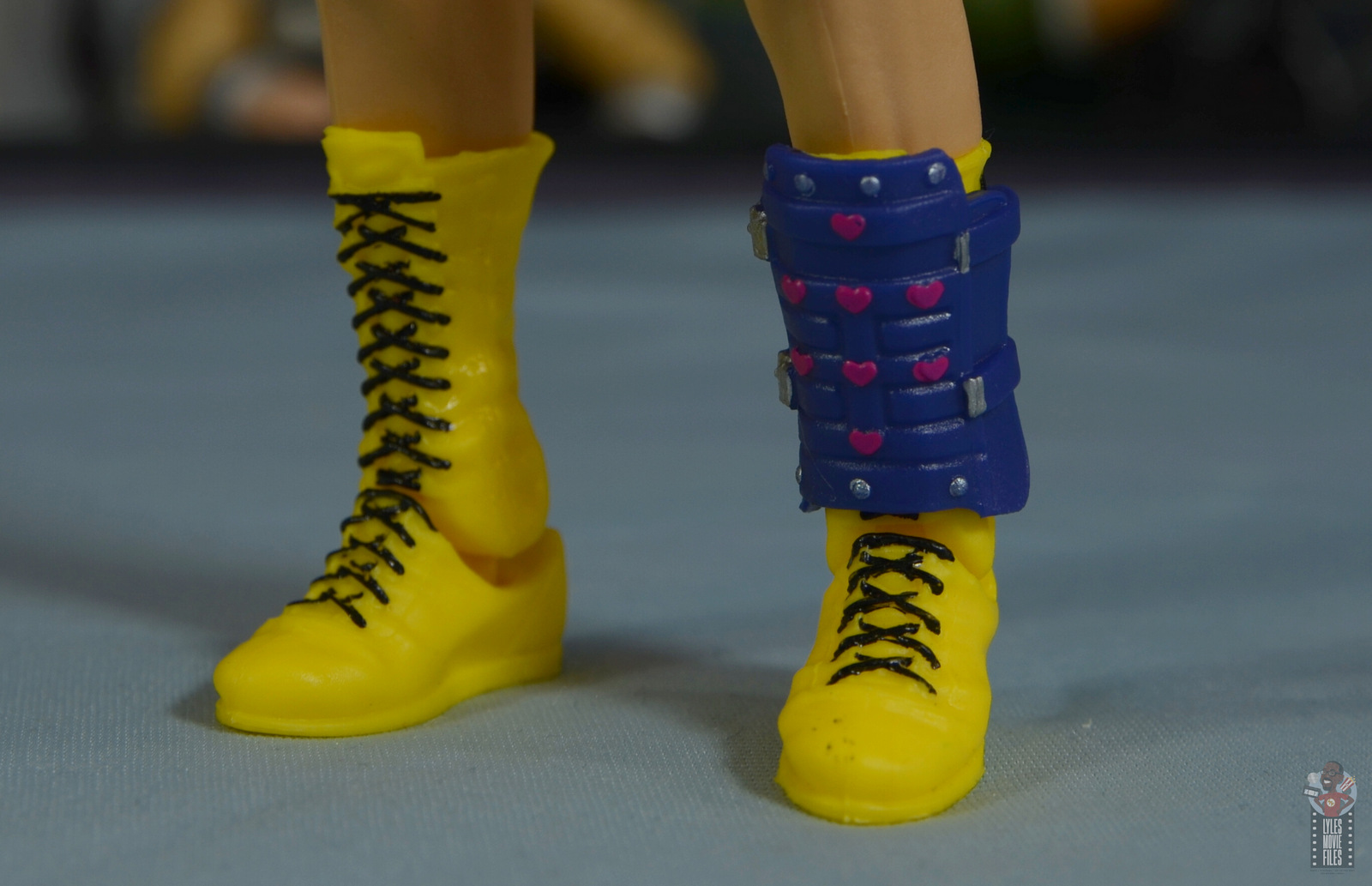 Worth it?  The Hammer is available for $20. I always find that price point better with cloth goods or a ton of accessories so he’s well worth retail price. 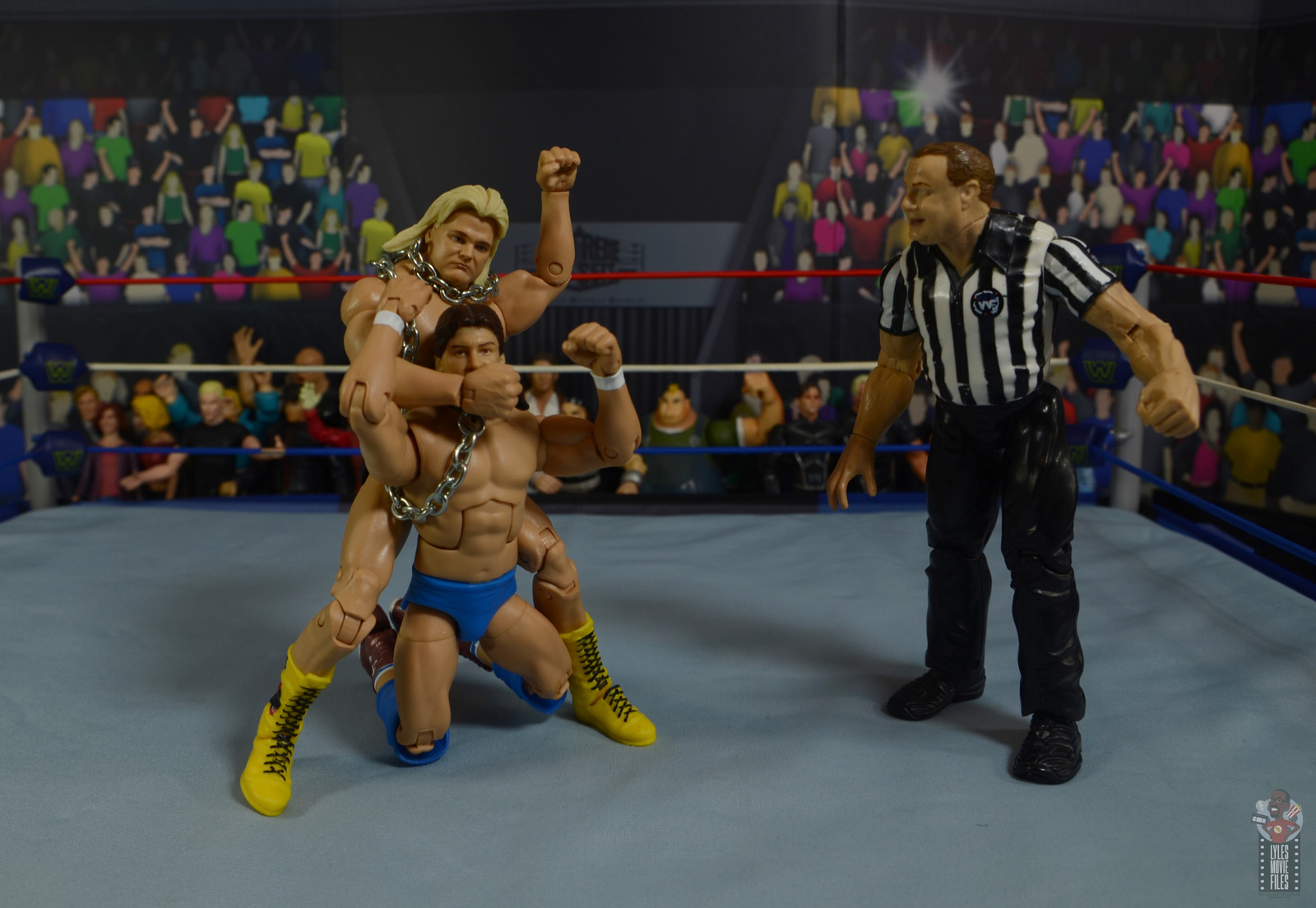 I hate to be the scale guy, but it does matter and Mattel is starting to get a bit too loose with it. Otherwise this is a great version of one of the mainstays of the 80s. 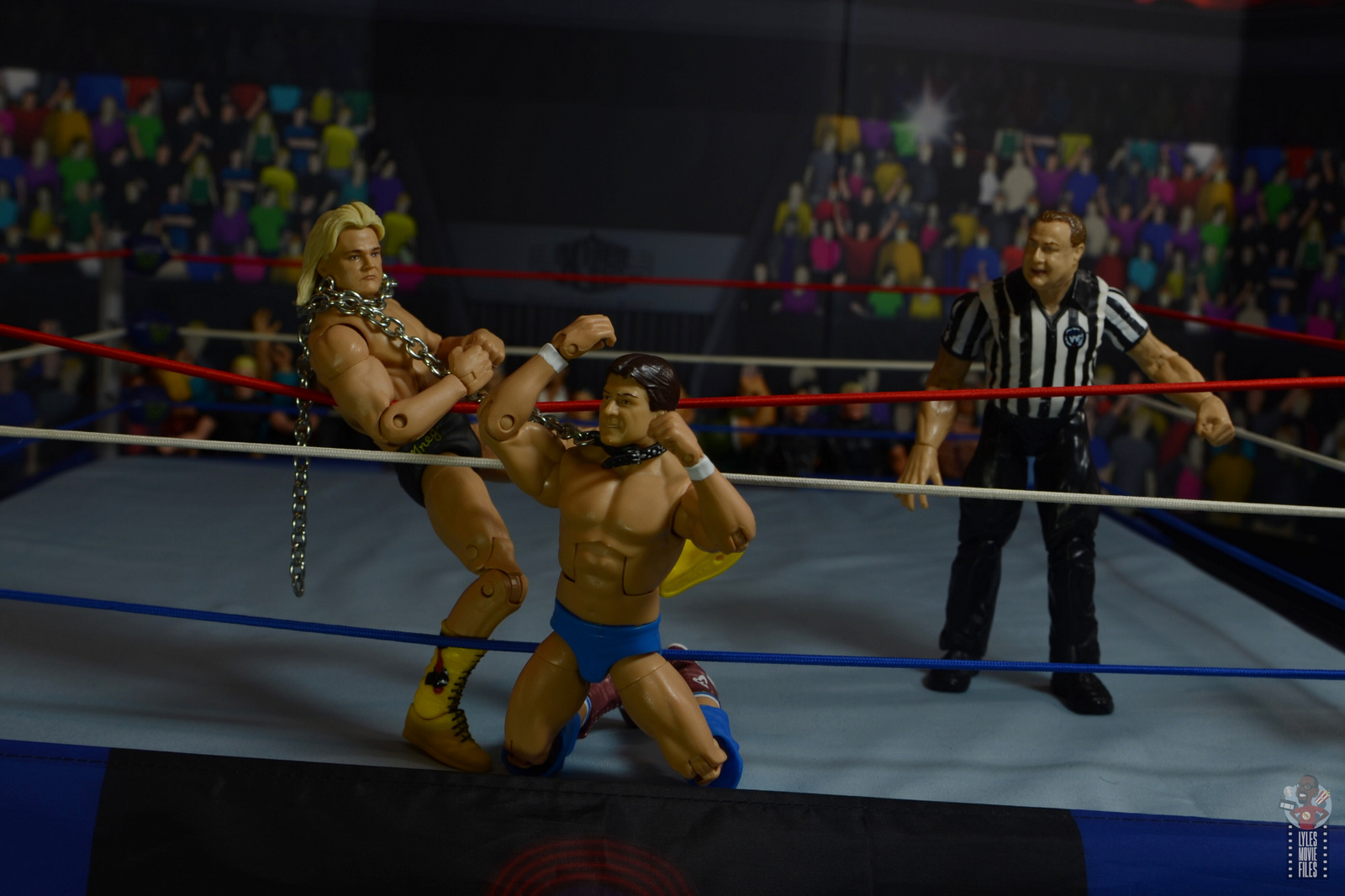 Where to get it?  I’ve just started to find Legends Series 7 at Target stores. This wave sold out on Target.com, but Target tends to do better with its exclusives than say Wal-Mart so you shouldn’t have a hard time finding him now. You could also get him now on Amazon. 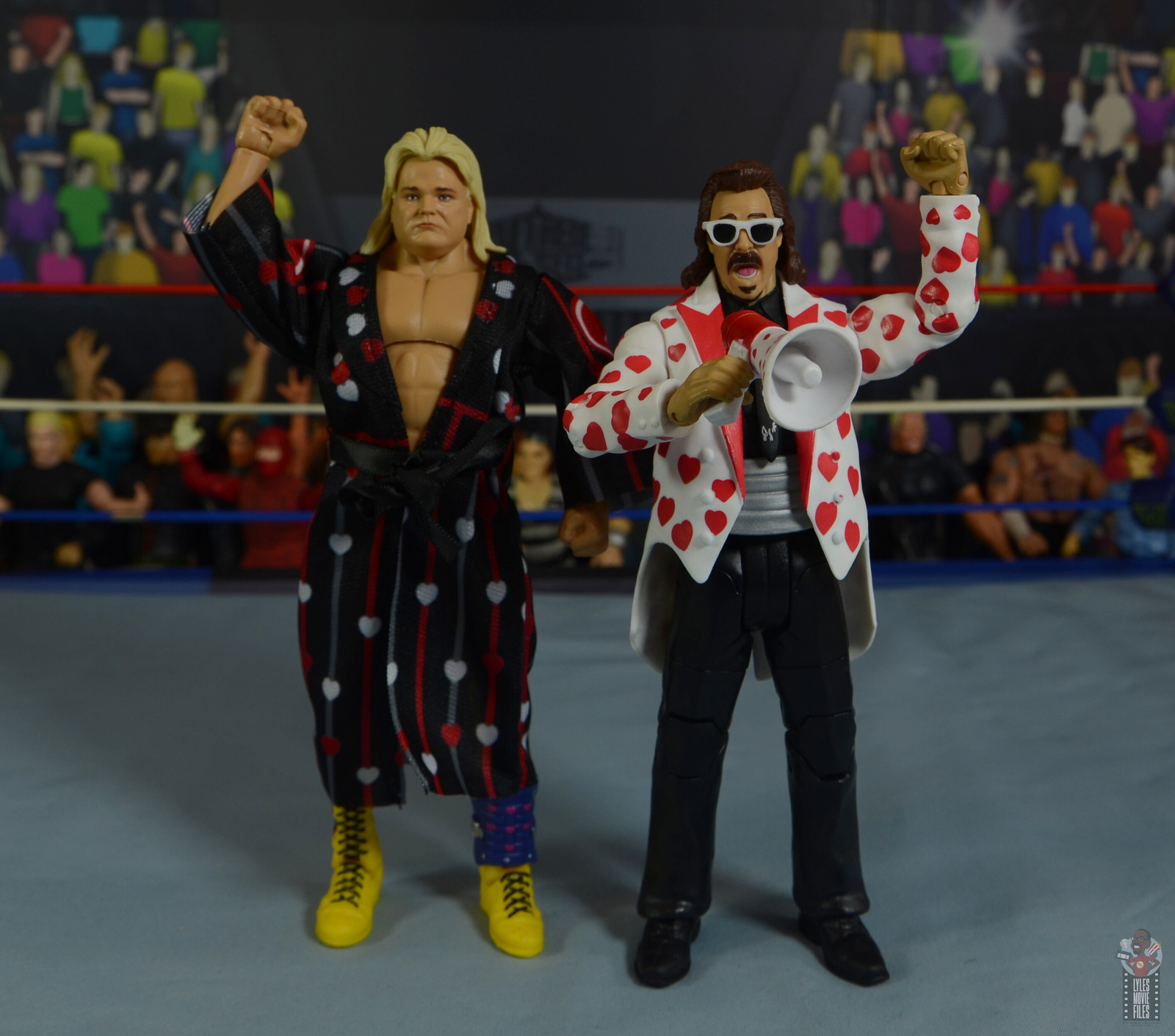