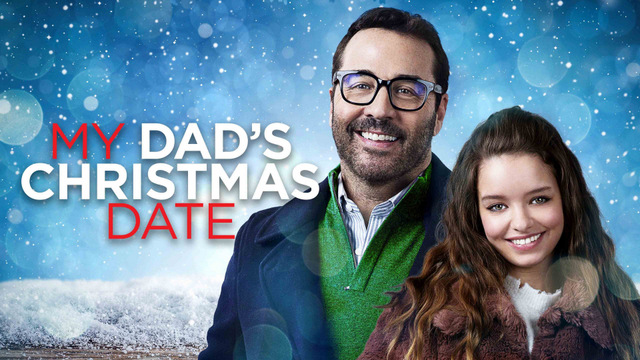 My Dad’s Christmas Date is decked out like a traditional feel good romantic comedy, but underneath the wrapping it’s a heartfelt and authentic look at the grieving process.

Jules (Olivia-Mai Barrett) decides after two years it’s time for her father to get out of his depression over his wife’s death and get back into the dating game.

David (Jeremy Piven, Entourage) has little drive to date and devotes more of his time on work. Understanding there’s a distance between them David seeks advice from his best friend Sarah (Joely Richardson) hoping to find a way to connect before the rift splits then further apart.

Motivated by her best friend, Em (Hadar Cats), Jules decides to set up an online dating profile for David in hopes he can find love again.

Screenwriters Brian Marchetti, Jack Marchetti and Toby Torlesse initially play into expectations for how the film would naturally play out.

Jules sets up blind dates with David’s matches only to watch them end in disastrous fashion since he has no idea what’s going on. This makes for some genuinely funny moments like the date who towers over David or the woman who’s far too young.

Director Mick Davis is game for the romantic mishaps and plays them out in a manner truer to real life compared to the typical silliness seen in the genre.

The film would have been perfectly fine staying in this lane until the inevitable meeting with the woman that turns everything around for David. Maybe it’s Jules’ dentist or an old co-worker (Genevieve Capovilla) making good on their mutual attraction?

Instead the screenwriters take a more interesting route and use both David and Jules’ dating storylines as the backdrop of a deeper issue between father and daughter. 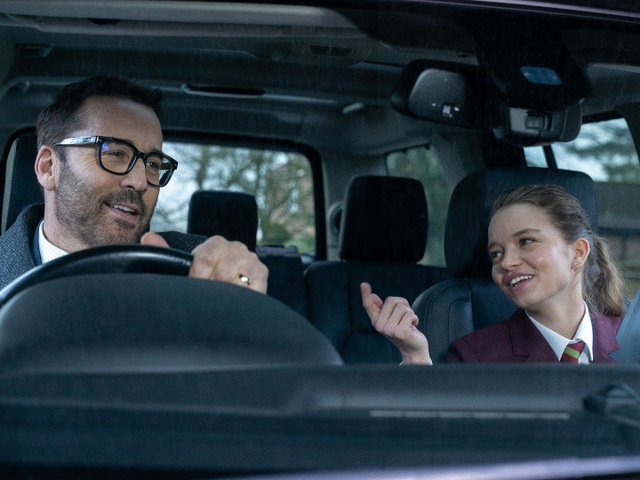 It definitely makes for a more unique direction and plays to the film’s greatest strength — the charming interaction between Piven and Barrett. Piven shows a surprising amount of warmth and tenderness while Barrett skillfully balances Jules’ typical teen behavior hiding a deeper loss.

The script offers up some nice surprises as the film plays out. Shifting from a normal rom com proves to be the smart call as it allows for a greater exploration of various relationships from best friends, romantic interests and family.

Some of the pacing could be tighter as some scenes in the film’s back half go a little too long without adding much to the story. That’s a minor problem given the film’s relatively short 91 minute runtime.

There’s not going to be a shortage of Christmas rom coms and the unique approach helps make My Dad’s Christmas Date stand out in the crowded genre.