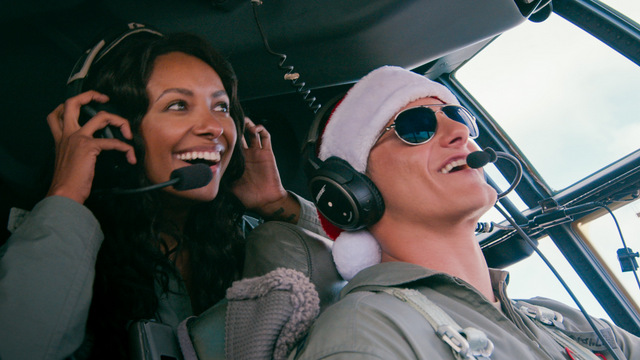 If Operation Christmas Drop were any lower hanging Christmas rom com fruit it could water the tree.

While it doesn’t have lofty aspirations to upend expectations for Christmas movies it does satisfy the basic tenant of making viewers feel good. Even if it doesn’t work especially hard for those warm feelings.

Erica (Kat Graham, The Holiday Calendar) is tasked by her Congresswoman boss (Virginia Madsen) to report on a military base on the shortlist for closure.

The base has gotten some notoriety for daring to drop supplies and gifts to nearby villages for Christmas. Sure it’s not golfing every other weekend, but the congresswoman is positive it’s a waste of taxpayer money. Still, it’s a bad look for her the congresswoman to send Erica off on Christmas week. 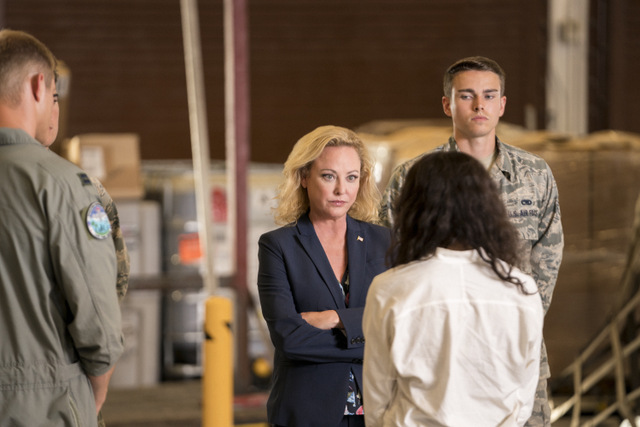 Erica doesn’t have any problem since she doesn’t want to spend Christmas with her father and new stepmother. Erica’s mother died three years ago and while there’s no timetable on the grieving process it feels like she’s punishing her father for not wallowing in his grief the rest of his life. That’s not the biggest issue as Erica views this as a chance to nail the vacant chief of staff position.

Andrew (Alexander Ludwig, Bad Boys for Life) is the charismatic Captain America leader of Operation Christmas Drop and he goes through extensive lengths to show Erica that helping others can be its own reward. It’s a very basic lesson and seems too thin a premise to base a film, but it works well enough.

The plot is based on an actual Department of Defense program that’s been in existence since 1952. Brother Bruce Best, who actually has volunteered as a liaison for the islands and Guam for 40 years, has a small cameo. 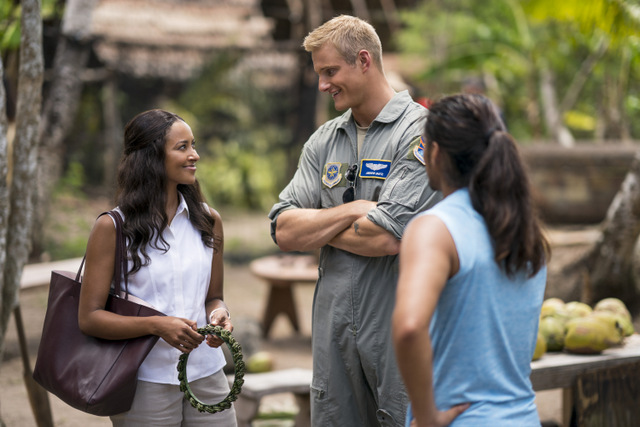 Not so shockingly, Erica starts buying in to the program and becomes Santa Andrew’s biggest helper. And wouldn’t you know some romantic sparks start flying higher than the base’s planes.

Screenwriters Gregg Rossen and Brian Sawyer have so regularly churned out Christmas films they could do this in their sleep. They aren’t especially interested in creating a ton of difficult obstacles for Andrew and Erica, who don’t even get the token miscommunication/argument that threatens their young relationship.

The more cynical person would write Operation Christmas Drop as a military propaganda piece designed to make the military look amazing by helping out the poor underprivileged islanders.

Graham and Ludwig’s chemistry is more plot-oriented and doesn’t feel all that natural. That seems more on Ludwig than Graham. He’s fully committed to his good-natured persona, but the script doesn’t offer Andrew much depth. Ludwig isn’t skilled enough a performer to bring more nuance to the character. Graham is becoming more comfortable in the rom com format and largely holds the film together. 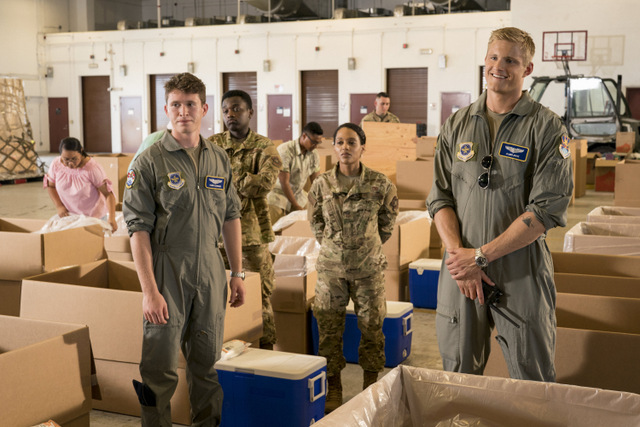 The cast is refreshingly diverse even beyond the islanders from base commander Gen. Hatcher (Jeff Joseph) and two of Andrew’s closest friends on base (Trezzo Mahoro and Bethany Brown). Janet Kidder, the niece of Margot Kidder, also has a supporter role as the Lt. Col and Hatcher’s wife.

Director Martin Wood makes good use of the scenic Guam locale, an ideal setting for gorgeous sunsets and blue water.

At 94 minutes the film’s mission doesn’t go overly long although in this instance, 10 minutes to throw in some more problems wouldn’t have been a bad thing. 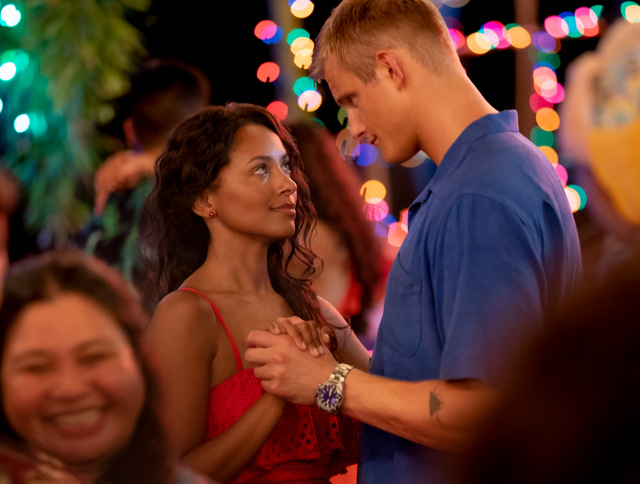 Operation Christmas Drop is a no-frills feel good flight that doesn’t offer much depth or turbulence, but 2020 has provided more than enough strife that this is a welcome destination.