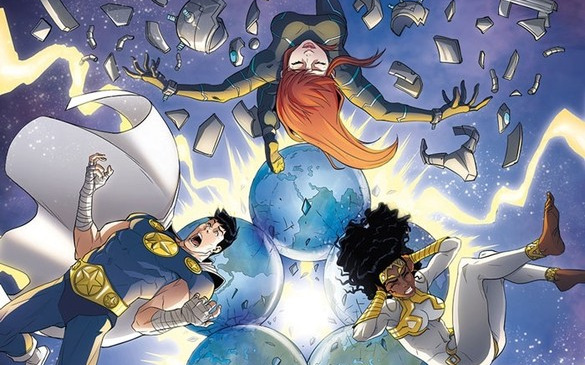 The second issue of Commanders in Crisis further expanded the series’ intriguing premise.

Writer Steve Orlando did a sensational job establishing the concept of four survivors of multiple Earths, who happen to have been presidents, coming to a new Earth and align with its former president to save it from destruction.

I really like the ideas Orlando has here even if I’m already jumping ahead and wondering if this gimmick limits the potential for more team members. 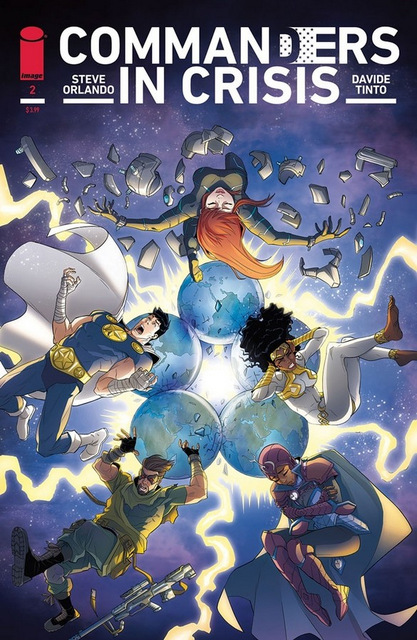 The team is trying to decipher who killed Empathy before it starts affecting the planet.

Orlando seems to enjoy portraying Prizefighter like a 90s bad girl in various states of undress and hooking up with random dudes while the rest of the team is in action. There may be a deeper meaning behind his promiscuous attitude, but Prizefighter is coming off as the least interesting member of the team since Orlando is focused more on his sexuality than his personality.

At this point Sawbones seems like the most likely breakout character as he’s a physician with a terrible bedside manner. The makeup of the team with their various abilities is also encouraging and Orlando further shows Commanders is going to be a wholly inclusive title.

So far the commanders are not having any significant strife, but that should be coming since the team is comprised solely of former presidents. It would seem natural for even innocent power struggles within the team dynamic. Originator has a very cool power of creating words into reality. It’s hard to come up with unique powers for characters now, but this is a great one with a ton of possibilities. 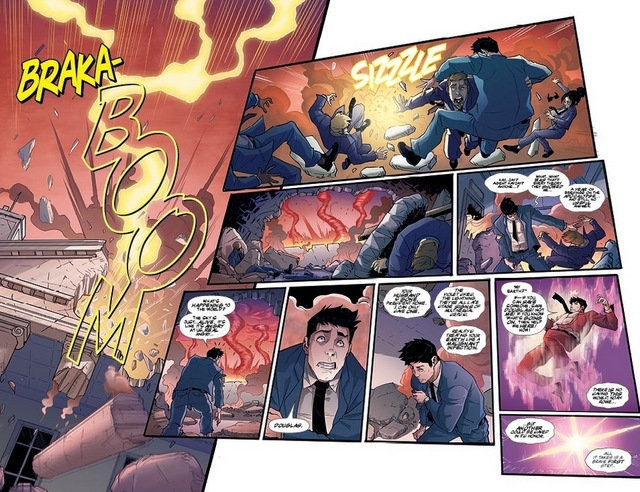 Davide Tinto’s artwork is stunning with a style that shows how easily the title would look translated into an animated series. Tinto’s characters are highly expressive  and convey plenty of movement within the panels. Francesca Carotenuto’s bright color work is another highlight as it avoids feeling overly bleak and gloomy.

Commanders is a title that’s going to merit close attention over the next few months. It seems like Orlando and Tinto have something very special on their hands.