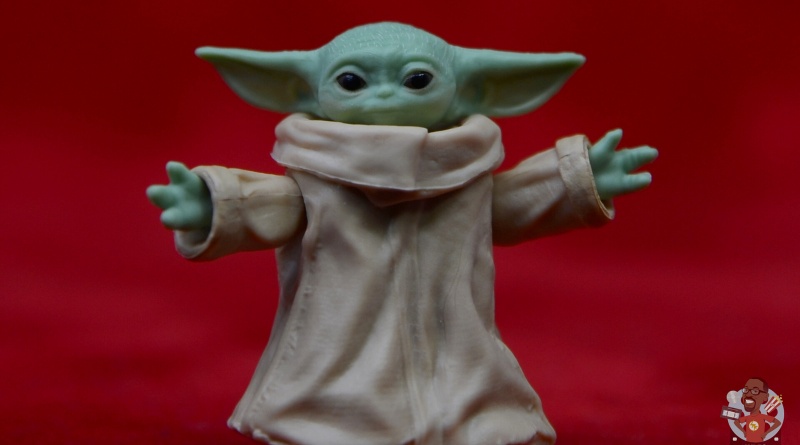 I decided to hold off this review since the subject matter was in a brief moment of genocide and to avoid controversy, I decided to hold off until he got some redemption this week. The Child has been the scene stealer of many episodes of The Mandalorian and his inclusion in the Star Wars Black Series was inevitable even if it meant for the tiniest standalone figure in the 6″ line. Let’s see if this little guy needs to go on a strictly no egg diet.

Packaging: The Child is tiny and his packaging looks amazingly small compared to the standard size.

I probably should have compared it with another figure, but thought the two-pack made for a better distinction in the size. There’s no bio because honestly there’s nothing to say about The Child just yet. 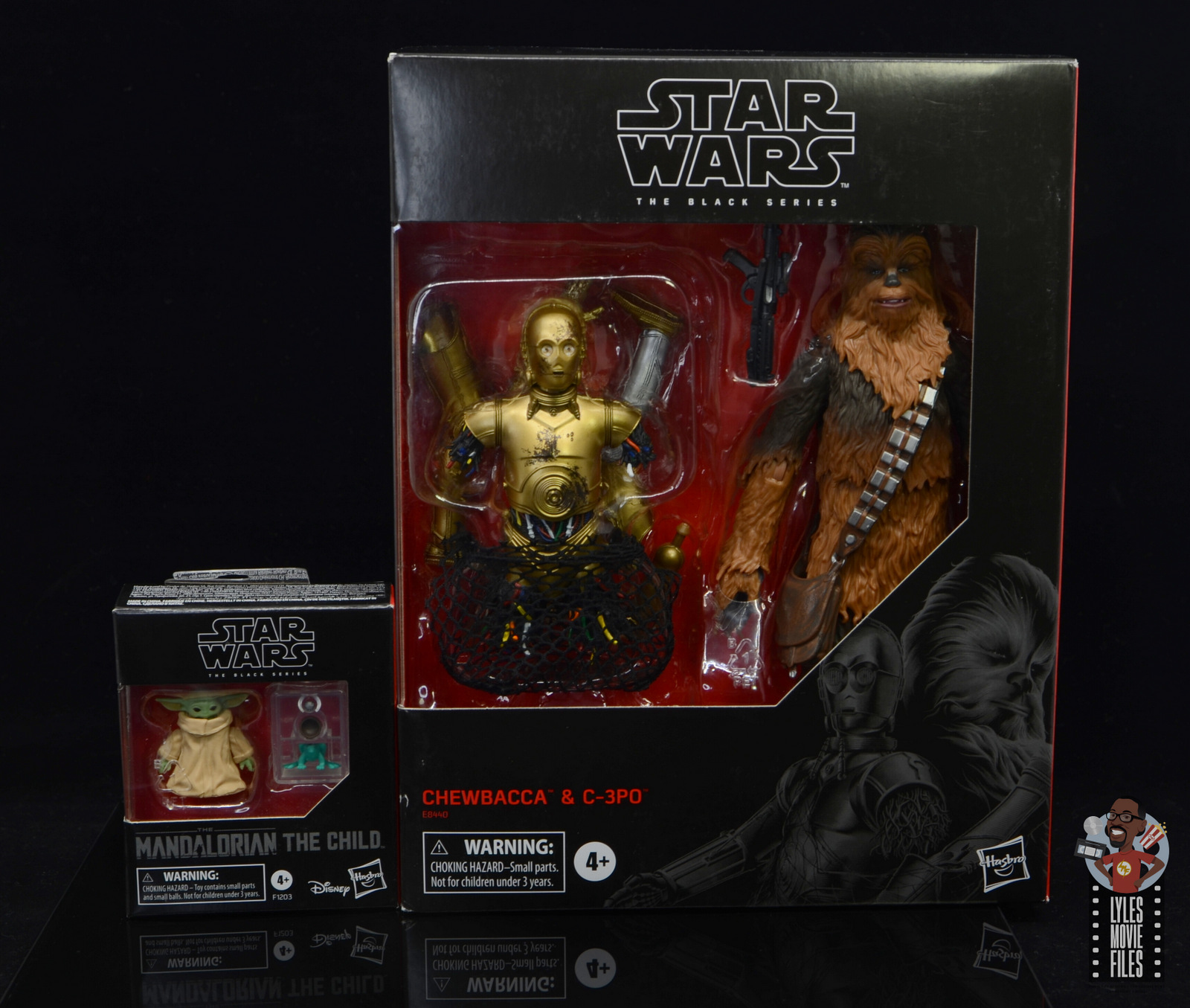 Likeness: Considering the size, the sculpting on the head sculpt is really well done. He’s given a neutral expression, which is the best choice for his default look. 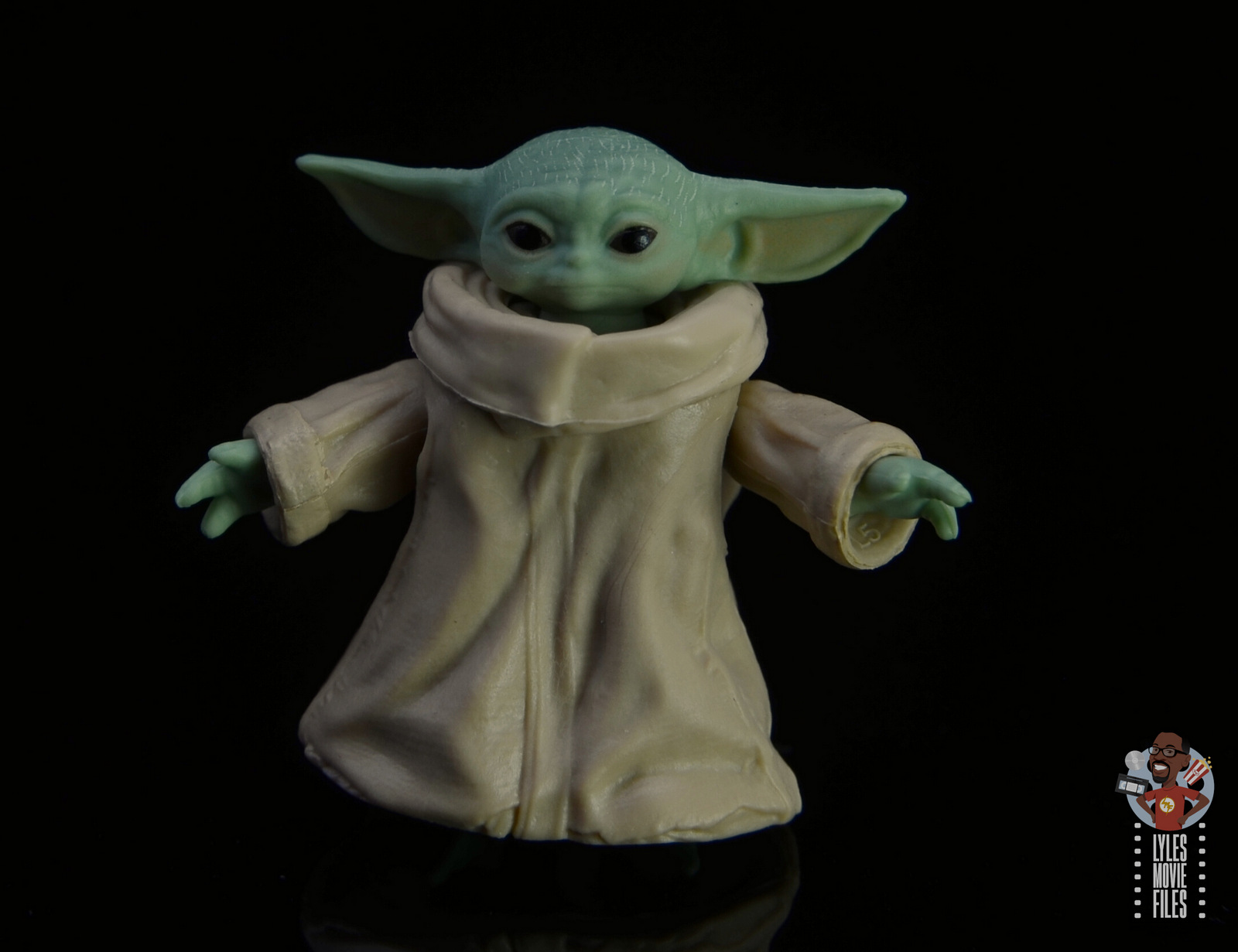 The robes would be easy to make just a big mass with a few folds, but it was done very well and I love the little details like his hands peeking through the sleeves. 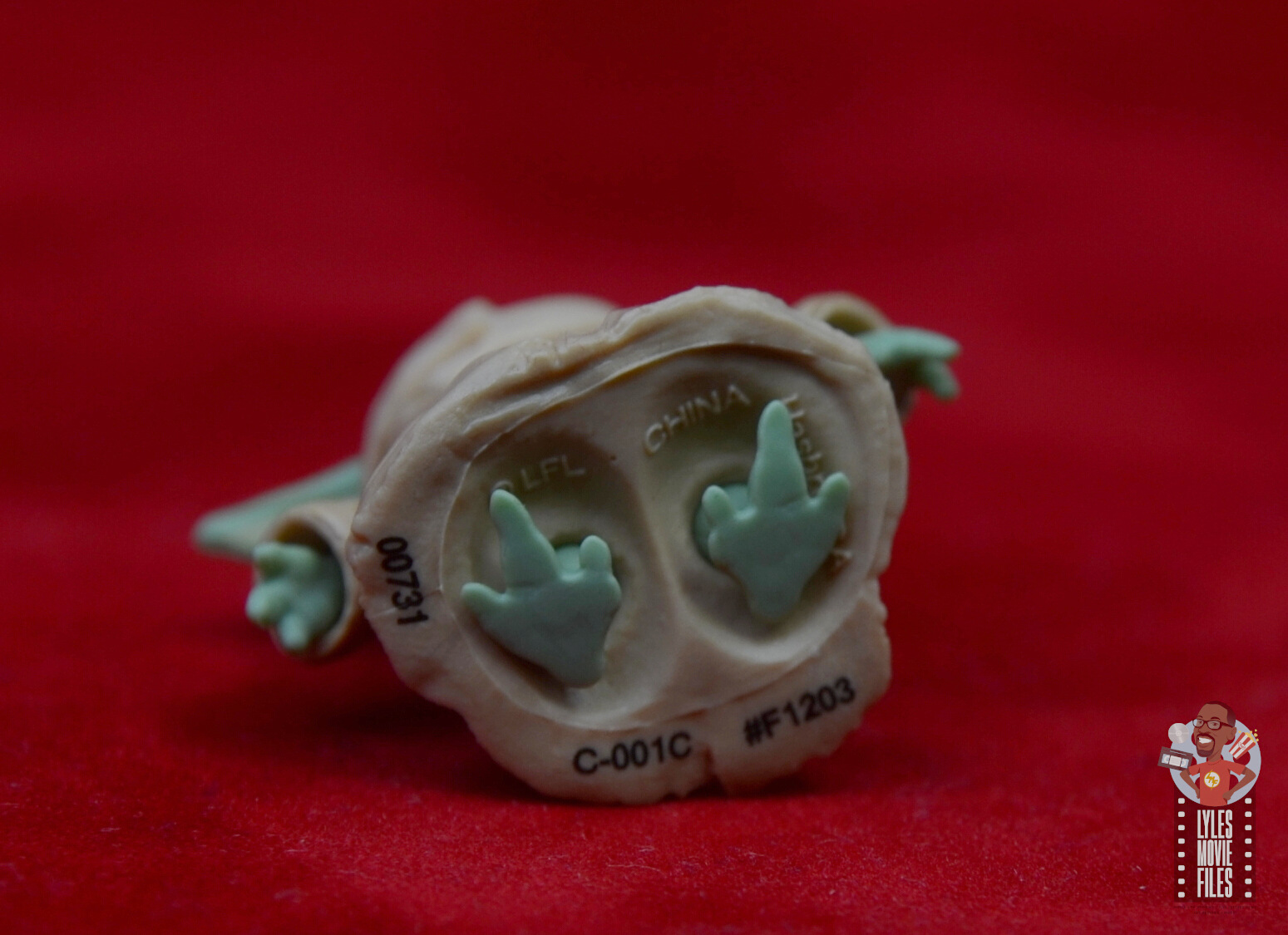 There’s even smaller feet sculpted on the bottom, which was surprising as I just figured he’d be a blob of robes underneath.

Paint: Given the size of the figure the paintwork is impressive. There’s some white hair atop his head. It’s so faint that it’s hard to make out with the natural eye. 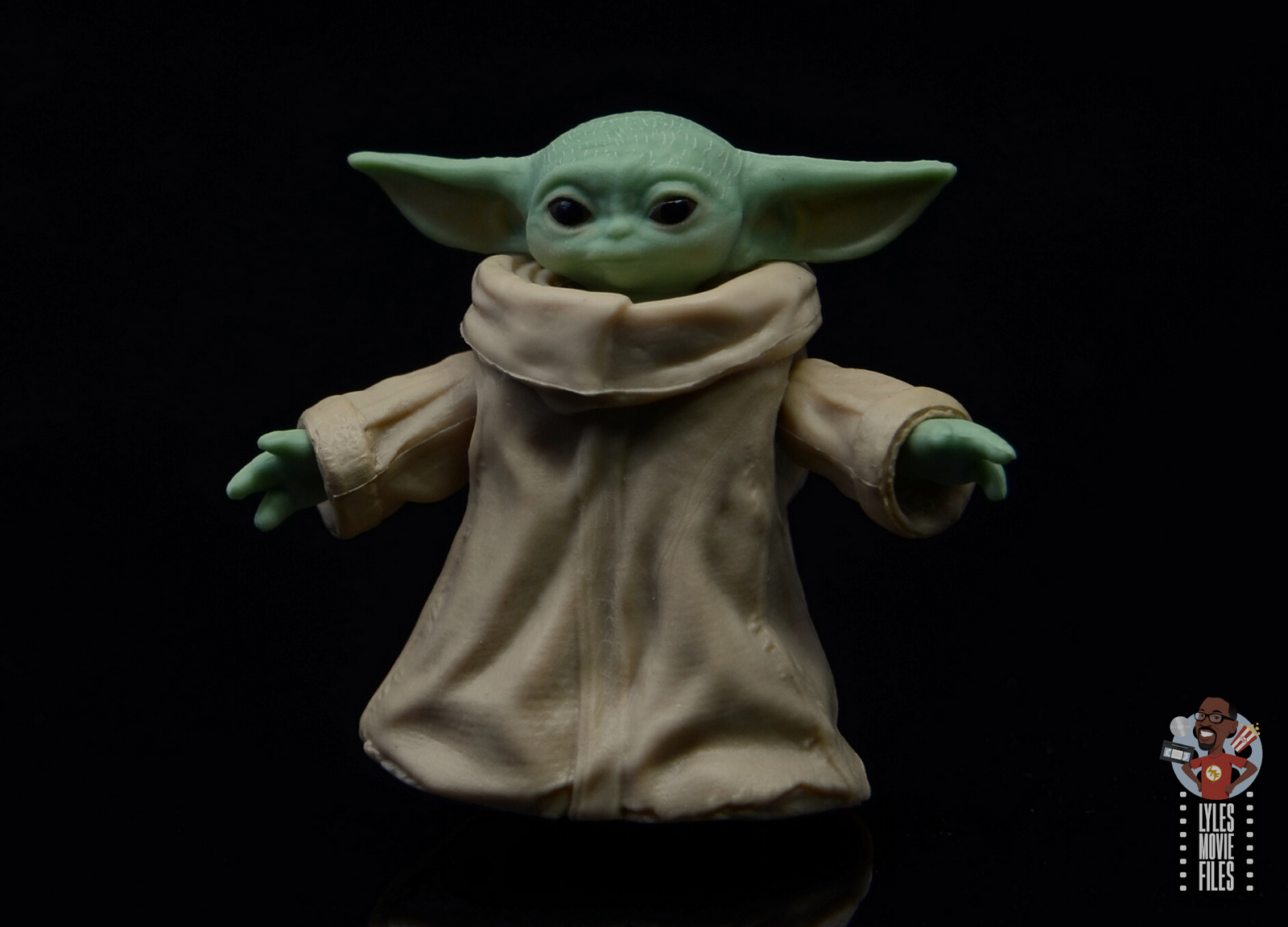 The ears have the soft inner pink paintjob and his green skin tone seems right for a younger member of his species. 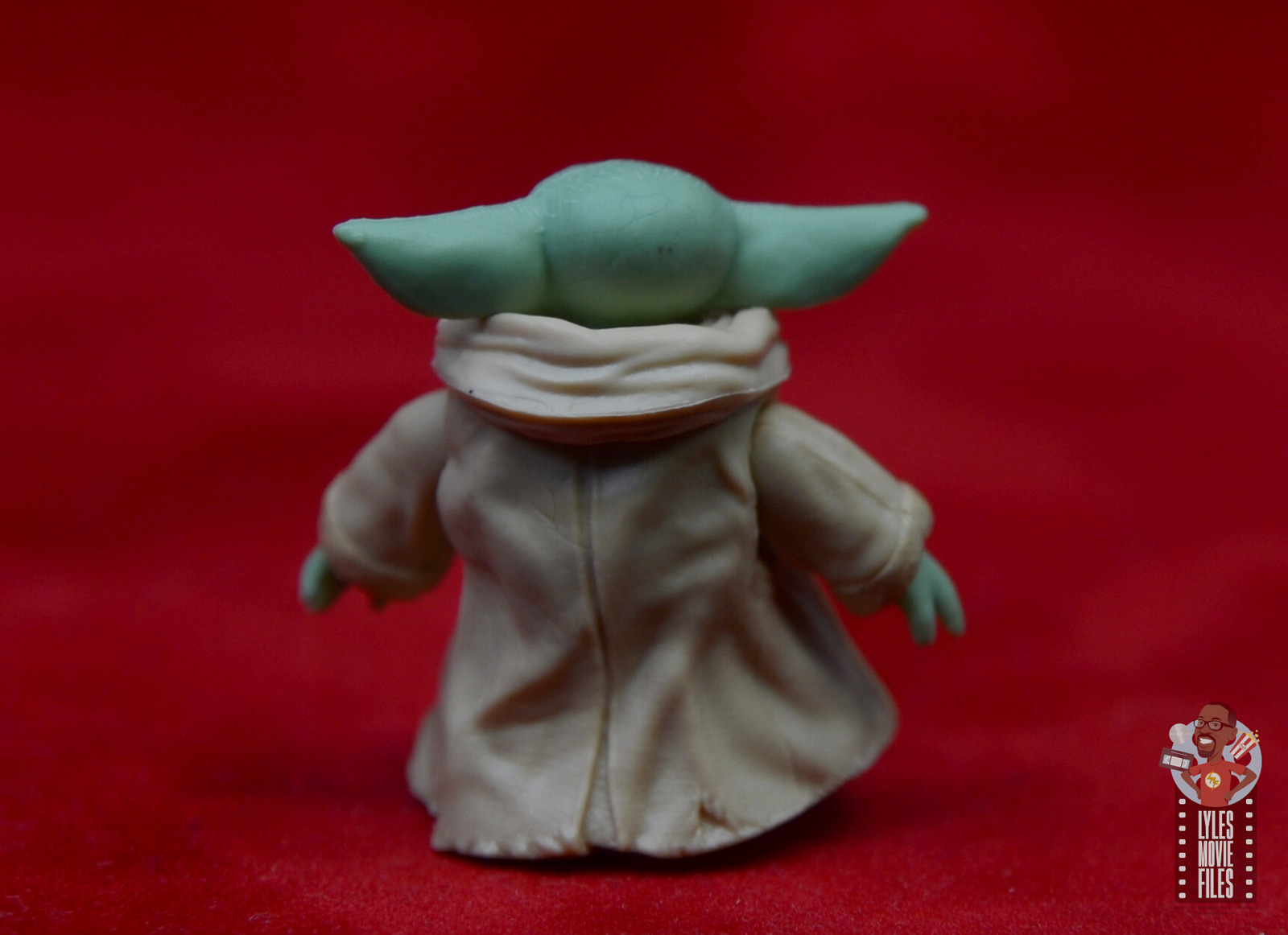 Scale: The Child is still a baby so he should look very small compared to the adult sized Black Series figures and he scales very well with Mando and Cara Dune. 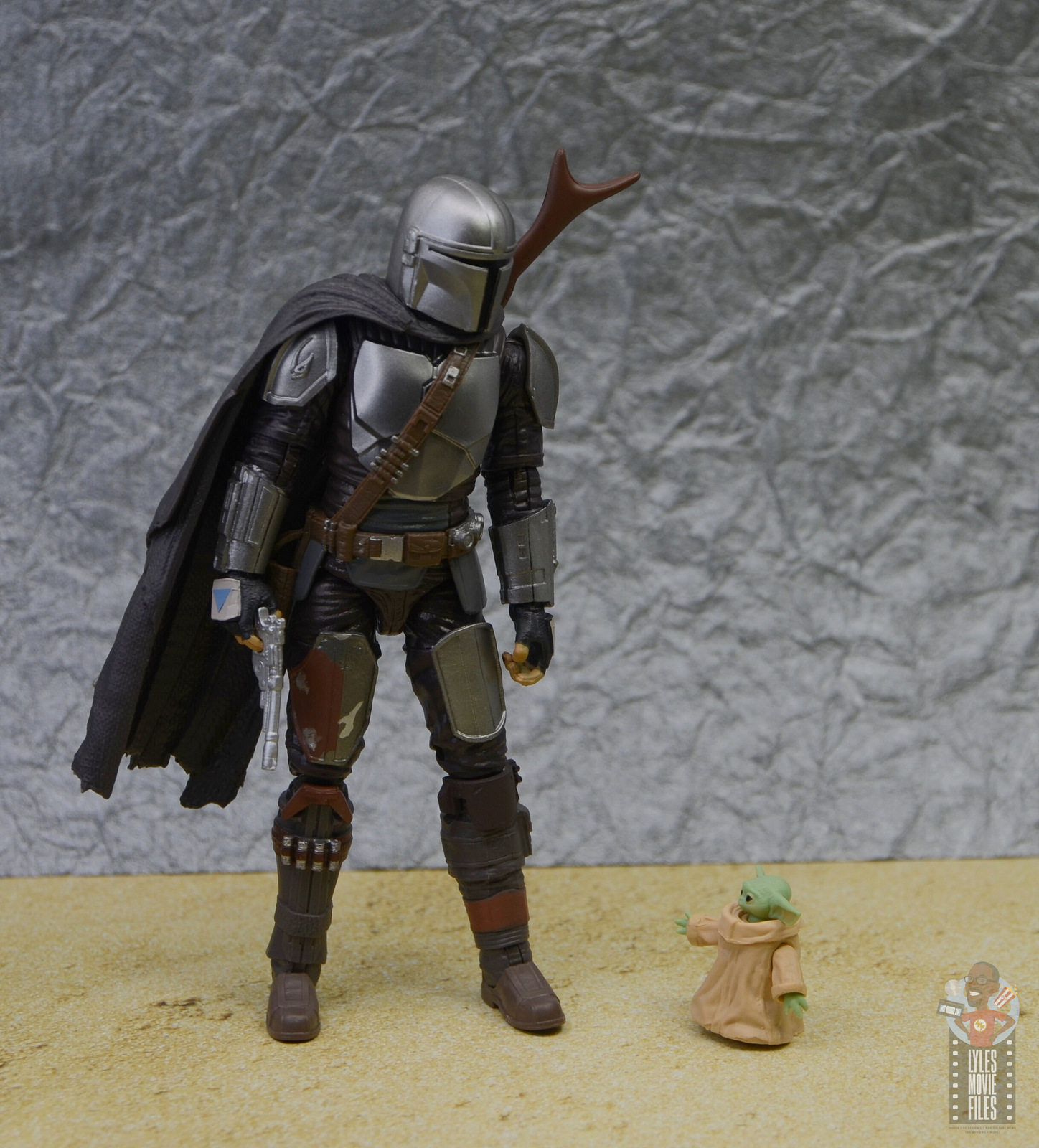 Articulation:  The Child is so tiny that it’s hard to complain about the articulation limitations. I do wish his arms could come in closer though so he could hold his accessories. And it’d be great if his neck had a bit more range too. 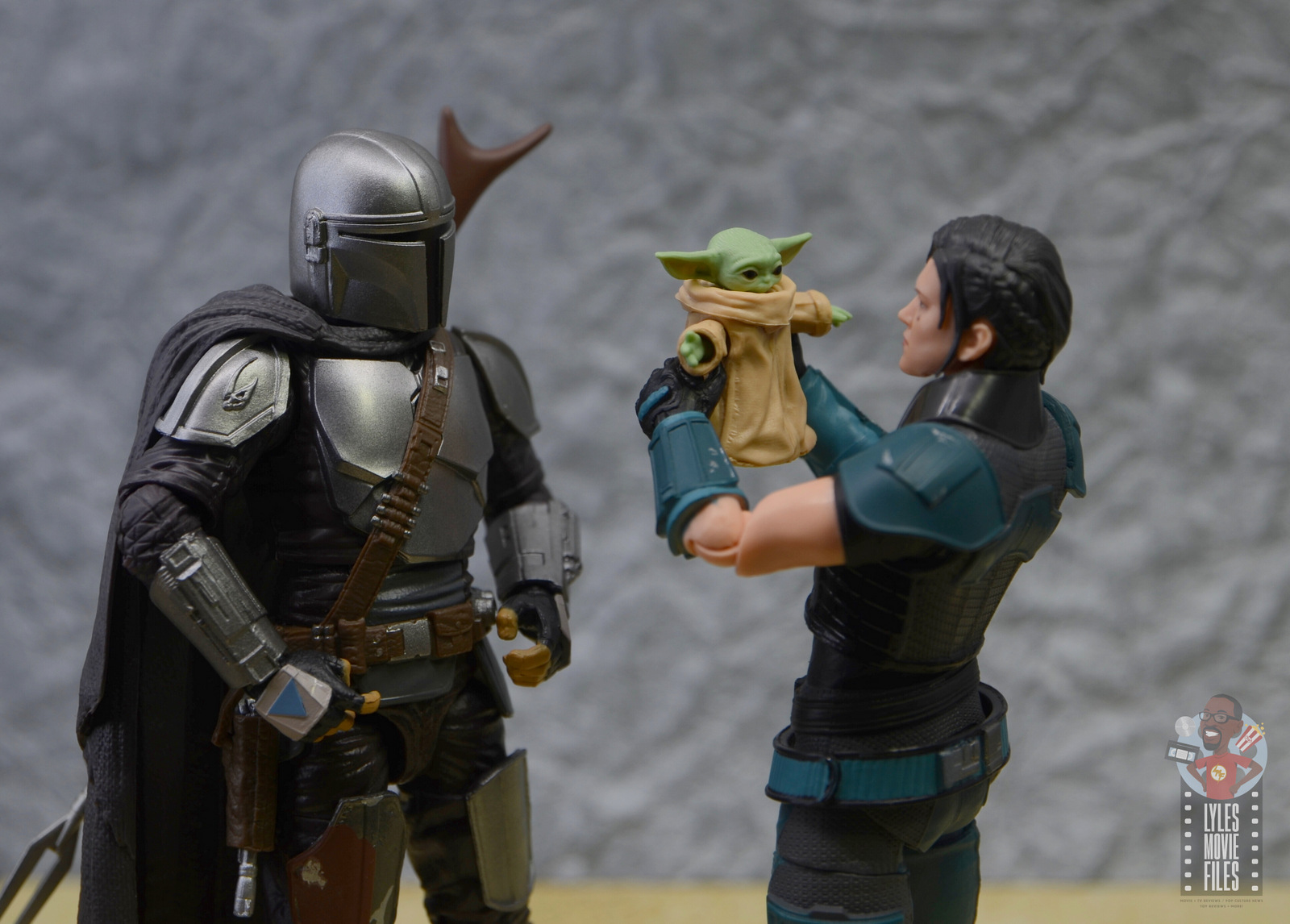 Accessories: I wish some alternate head was included to convey some of his various expressions like the ears drooping, eyes closed to use the Force and a smiling one. We do get some fun accessories all the same. 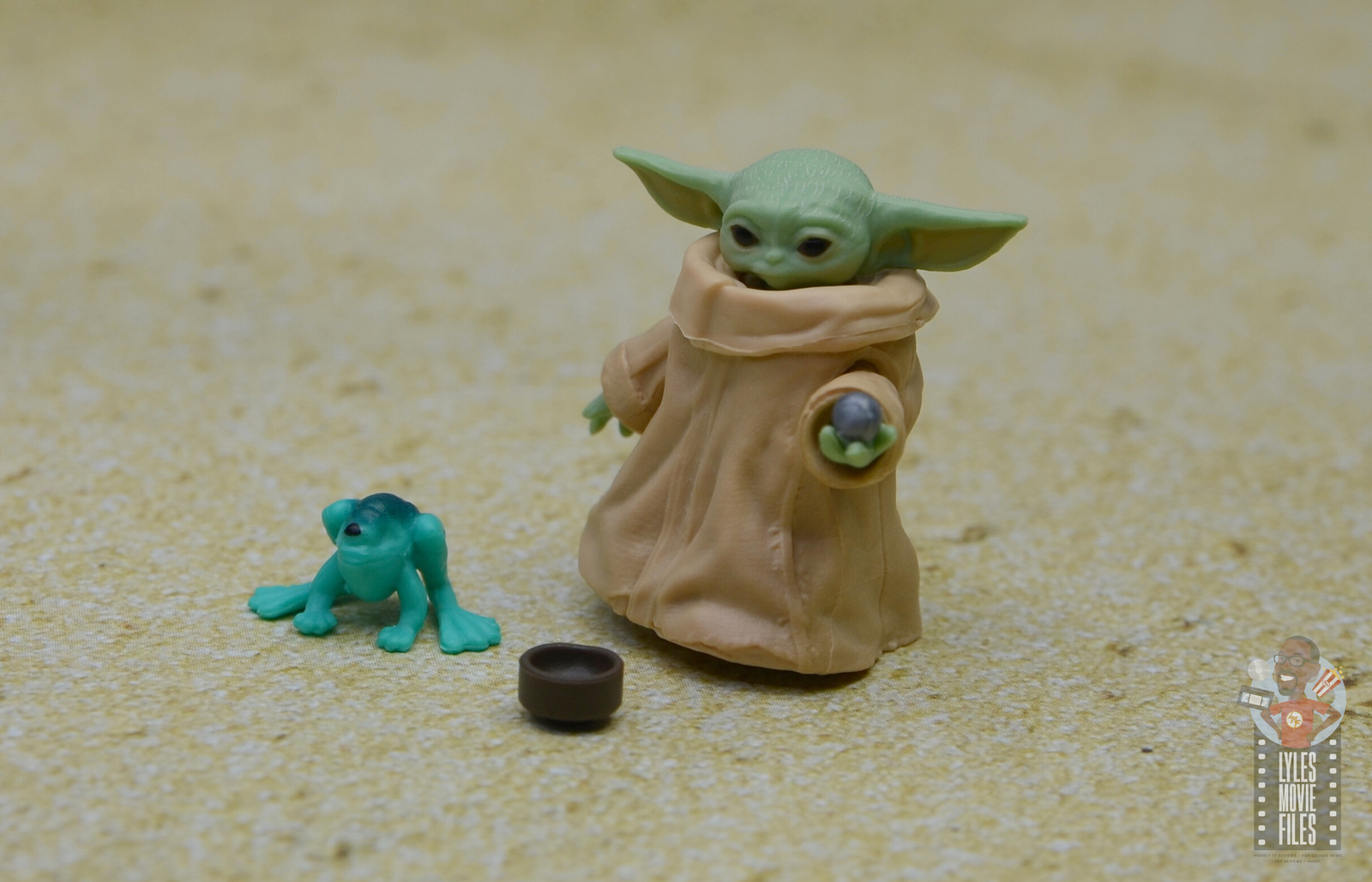 Given their size pay close attention when you take them out as they could get lost quickly. He comes with his soup bowl to sip on while Mando and Cara Dune are fighting. 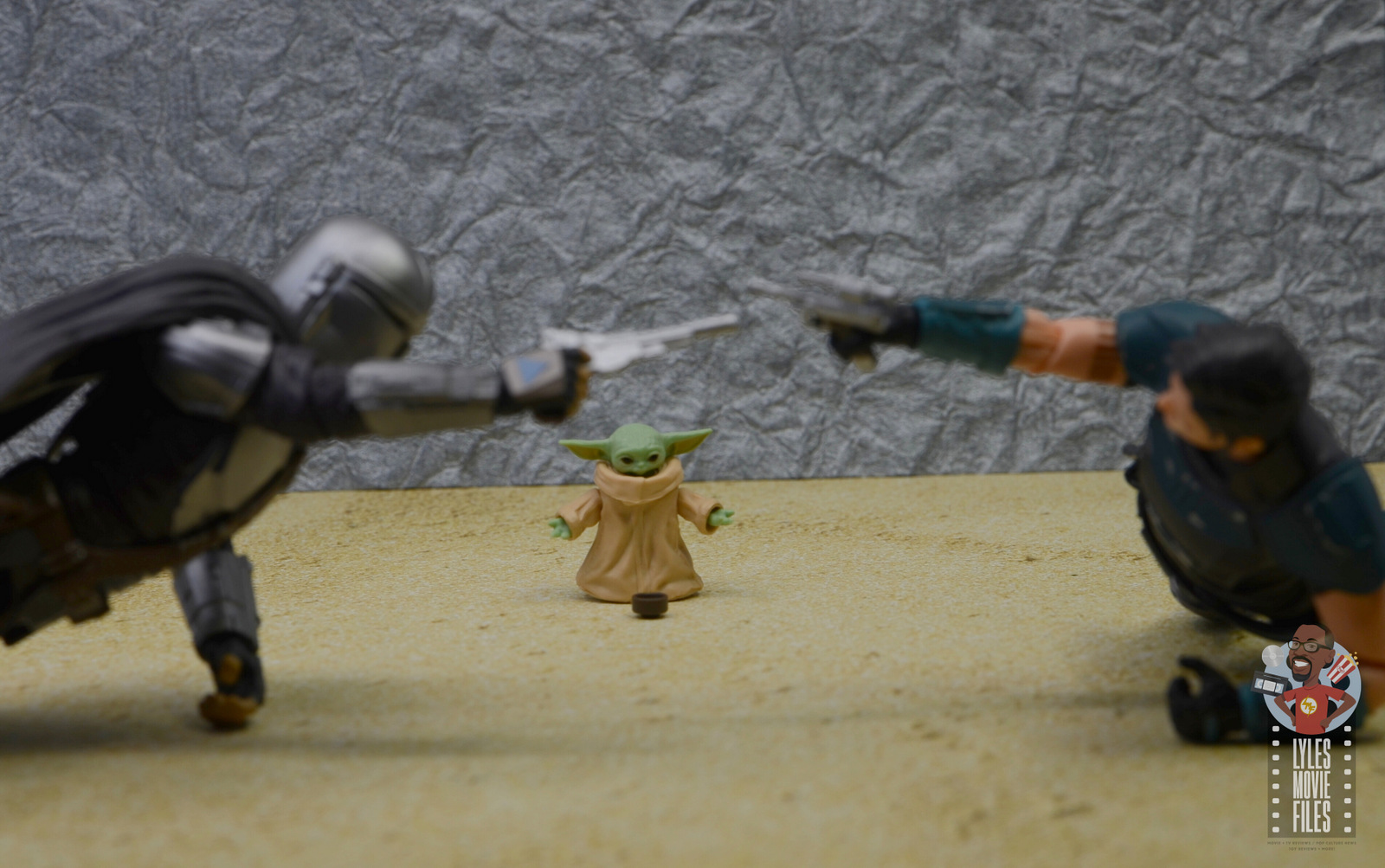 There’s also the little frog he was chasing with the children on that same adventure. Finally he has the small ball from the Razorcrest dial. 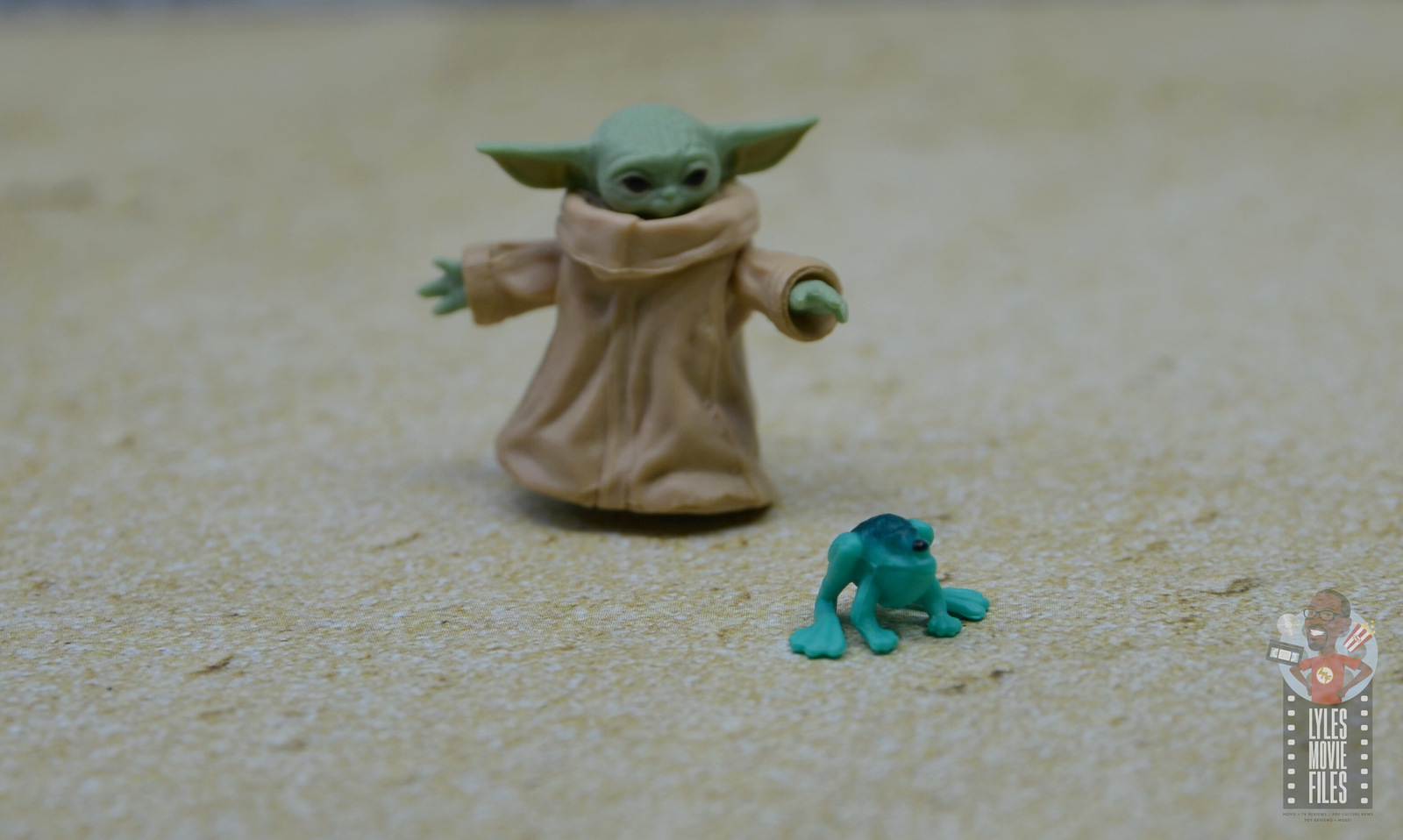 Clearly the biggest missing accessory is his drone crib. It’s added in the deluxe Mando and Child set, but it’s a little frustrating that it wasn’t included right away especially since the Vintage Collection figure does come with one.

Worth it? I got The Child for $8. That still feels a bit much by $2 or so for what all we’re getting. I would have paid more to get the crib.

This one is weird as he’s not overly expensive, but lacking his major accessory is a big oversight and the limited range of his arms limits some of his more memorable poses. Still, you can’t have a worthwhile Mandalorian setup without him. 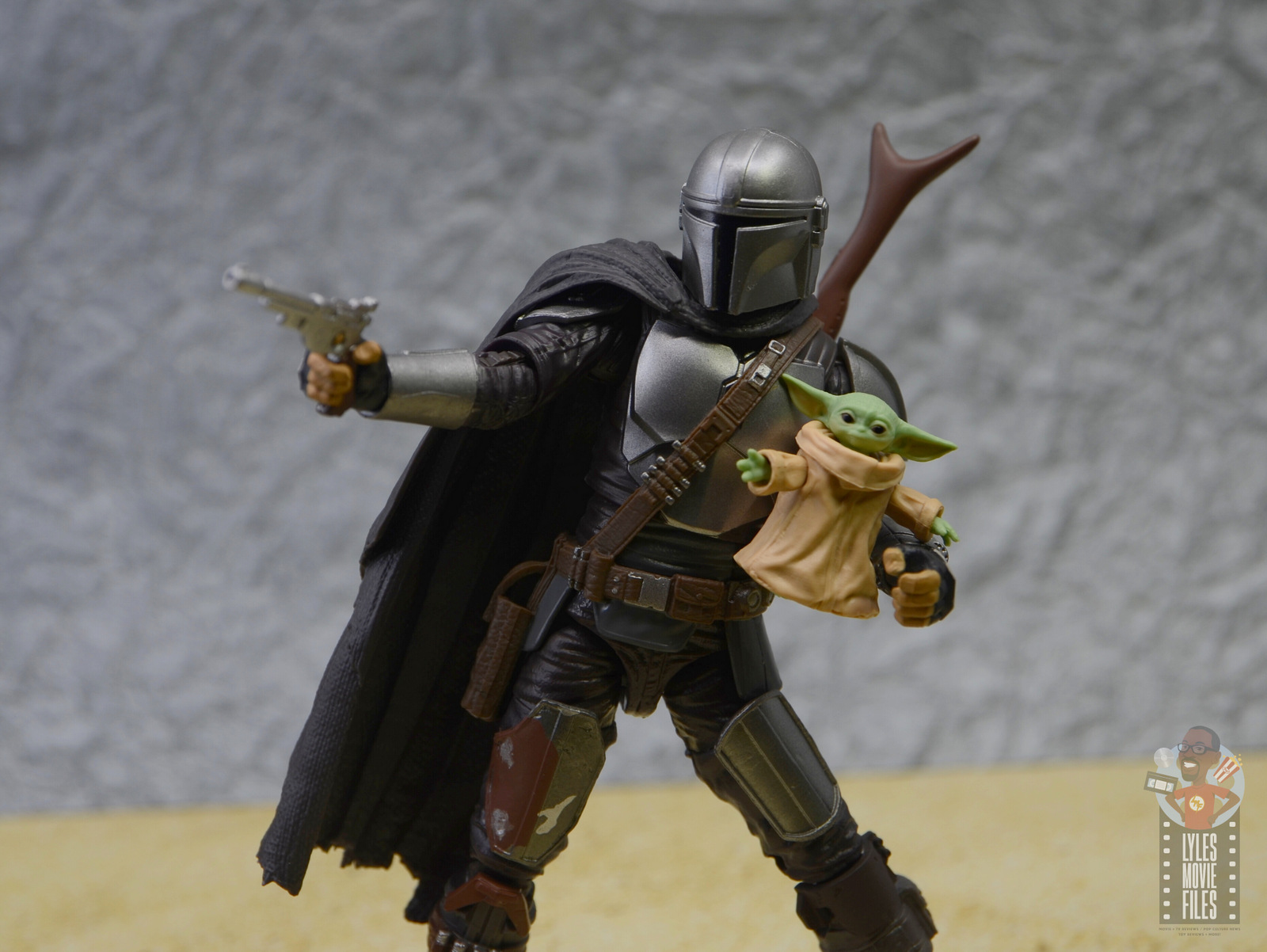 Where to get it?  You can get The Child all over and get him from Target, Amazon, and other retailers including Entertainment Earth. There’s also a Scout Trooper that comes with the speeder bike and The Child as another option.