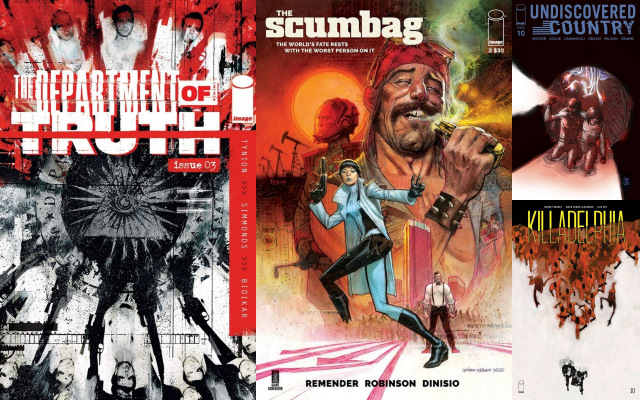 The Department of Truth #3 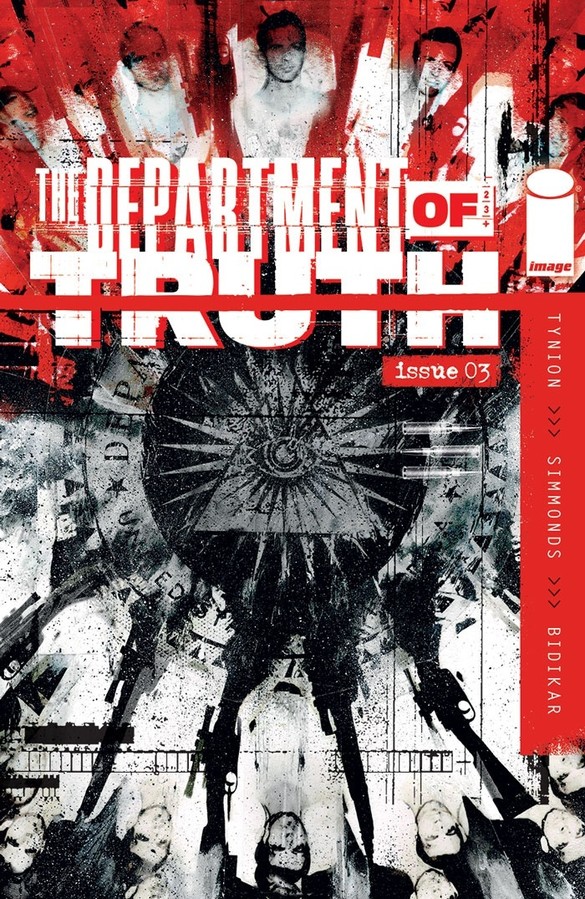 The Department of Truth is such an immensely fascinating title. James Tynion and Martin Simmonds are exploring the depths of the power of herd mentality where enough people believe anything grants it some degree of truth.

It’s hard not to imagine current day events didn’t influence the concept as we’re watching a global pandemic that’s killed hundreds of thousands be laughed off as a hoax. That might be the scariest aspect of Department of Truth — that there’s already evidence that the ideas presented aren’t lavish fantasies like the standard superhero book — in some ways it’s already real.

In this issue, Cole and Ruby investigate a woman whose son was killed in a school shooting. As her son’s death becomes politicized over gun rights, the woman let’s doubt creep in resulting in a horrifying lie that becomes her reality. Tynion is touching on some nerve-rattling concepts here and his scripts echo the talking heads online and on certain “news” stations.

Simmonds’ art is so unique and unpredictable. Some panels are drawn in more of a traditional style while others embody more of a mood and feeling. It’s a beautiful marriage of script and art that keeps each page a surprise.

This title has really come out of nowhere to bring an incredible mix of Men in Black and The X-Files in one of the best books going to close out 2020.

With this quality the only truth that matters is you need to start reading this book right now.