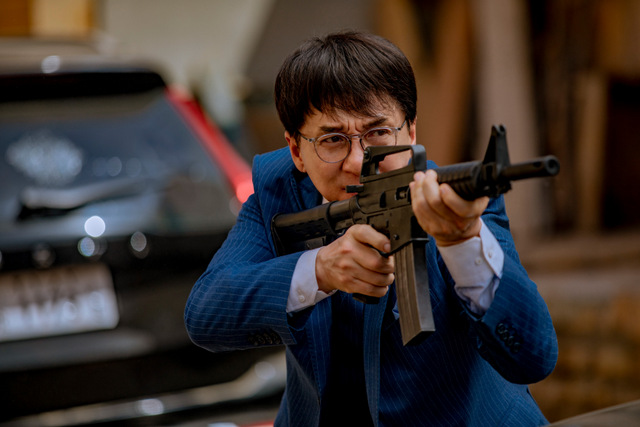 Vanguard is one of those action movies for audiences perfectly happy to ignore a basic plot in exchange for some spectacular action.

Jackie Chan headlines as Tang Huating, the leader of the cutting edge covert security agency Vanguard. Tang and his top operatives, Lei (Yang Yang), Kaixuan (Ai Lun) and Mi Ya (Miya Muqi), are called into action to help retrieve an accountant, Qin (Jackson Lou). Qin is being targeted by a slew of mercenaries gunning for him and his daughter, Fareeda (Xu Ruohan). Their escapades take them from London, Zambia, India and Dubai. That helps provide Vanguard with a global flare. 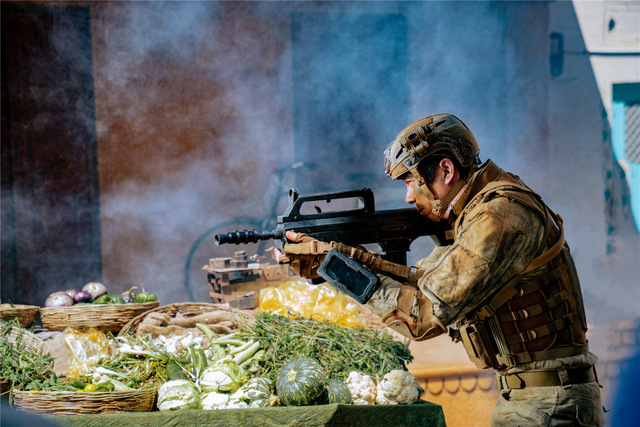 Director/Screenwriter Stanley Tong and Chan are no strangers to working together having collaborated on eight films previously.

There’s a James Bond kind of cheekiness to some of the action without leaning too hard towards the comedy lane. The tone is still very light-hearted in the sense that thousands of bullets are fired with no one getting seriously harmed. Maybe the mercenary soldiers are ex-Stormtroopers as their aim is seriously askew. For a more intense and realistic action sprint, check out Operation Red Sea, which doesn’t pull any punches on the carnage of a war-like environment. 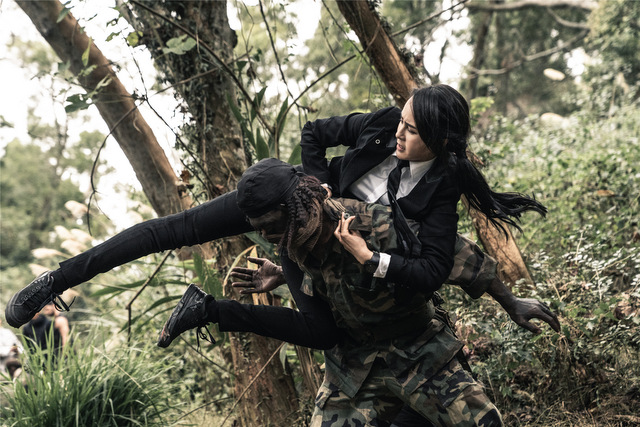 The action sequences are well choreographed as you’d expect from a Jackie Chan film. It’s nice to see Chan working within his limitations and leaving the more extreme stunts to his younger co-stars.

While the action is fun some of the realism is sacrificed due to some dodgy CGI that plays out more like a last gen video game than stronger examples of the format. Some of the bad CGI could have been avoided altogether like the use of badly animated lions and hyenas during the Zambia battle. Car chase scenes look fun with the fast moving vehicles, but the CGI fails to properly account for movement and weight as they move too briskly through the streets. 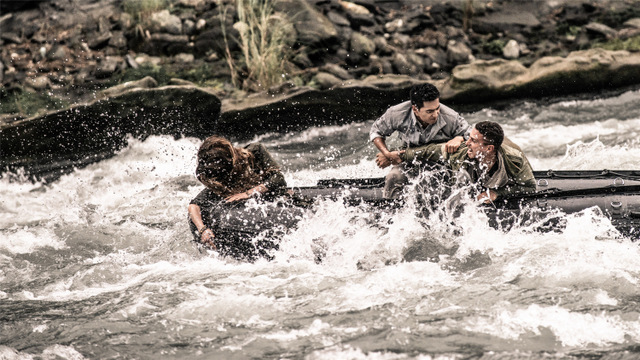 This is more of a minor issue, but the lack of CGI polish does hold the film back. Arguably the film’s most creative action piece is a battle through rapids featuring some clever hopping back and forth between rafts and boats.  There’s even some fun aerial combat from drones, fighter jets and flying pods.

Not shockingly, Vanguard’s plot isn’t the most elaborate, but the cast does well with the barebones script. The film has to lose a few points for a brownface scene Tong tries to explain as a means of being camouflaged, but given all the technology available to Vanguard anything would have been better than smearing some brown paint to blend in with the hostile ‘locals.’

At least there’s some conglomeration of bad guys so they’re not all of Middle Eastern descent. The ending is somewhat goofy with an awkward celebration of the collaboration between the Chinese filmmakers and Dubai officials.

Vanguard was made available for screening with both an English dubbed or subtitled option. Chan provides his English dubbed dialogue, but as usual for the format, the other cast members are bad fits for the characters and lose the subtle nuances of inflection and emphasis. 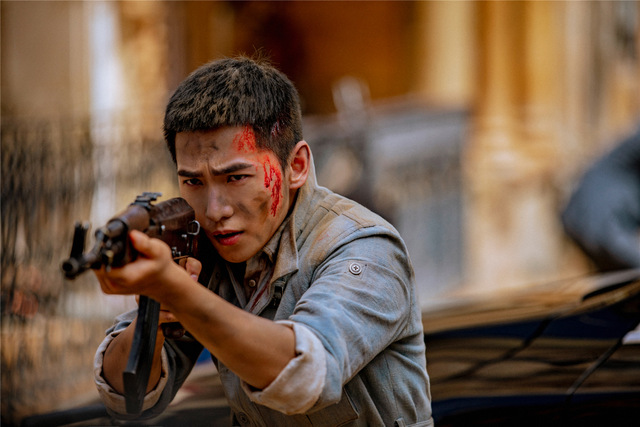 While it might not be the most pulse-pounding action film of the year, Vanguard does more than enough to satisfy those viewers in need of an adrenaline rush for the holidays.