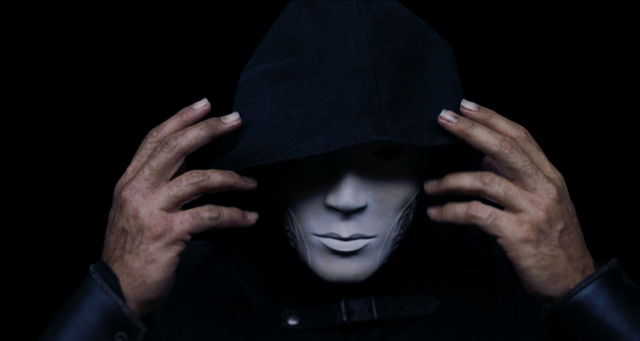 Trail of Ashes has a lot going for it. From an imaginative blend of fantasy and thriller, lush imagery, convincing performers, a booming and ominous score and a clearly passionate filmmaker guiding it all.

It’s got all the way elements but the film never quite manages to come together in a cohesive and entertaining way. Even in a pandemic plenty of terrible movies have escaped into the stream-sphere ready to lure in entertainment-starved viewers. Trail of Ashes is not that kind of film. It’s filled with too much heart and effort to be written off in that manner.

There are similarities in the sense of how often Trail feels like a slog with too little progression that it invites phone browsing without the sense of missing much.

A riveting opening sequence offers plenty of reason for an exciting adventure as a spectacularly decked out regal figure cruelly kills two people as a narrator hints at a reckoning. Curiously, the film jumps 200 years, an odd choice as this time jump would suggest significant technological advancements yet little seems to have changed.

The empress’ daughter has gone missing and an inquisitor (director/co-writer Arturo Lizardi) has come to learn her fate. Her bodyguard, Mute (Héctor Escudero) is the main suspect since he was the last to see her before her disappearance. Mute has been hearing voices urging him to give in to his darker impulses. The evil influence plays out perfectly sinister and helps add more of a thriller aspect to this fantasy world.

While the investigation scenes tend to drag out at times, the general idea is solid with the flashbacks of Mute’s final encounter with the empress’ daughter playing out like a mystery.

Too often the film plays out like the third installment of a sequel with the shorthand character development that would be appropriate after spending two previous movies getting to know them. Lizardi and co-screenwriter Samari Vega know the important story beats of the characters, but the audience is left playing catch up. It’s frustrating as this is the kind of interesting, fleshed out world worth getting invested in if it were more inviting.

Another strong element of the film are the creative designs and costumes, which are amazingly done to the point it’s a shame they’ll only be seen once.

When it’s time for action, Lizardi is up to the challenge with effective fight sequences that aren’t too overblown and ideally realized for the tone of the film. There’s not enough action to break up the monotony of the interrogation scenes though and even with a relatively short run time of 98 minutes, the pacing makes it feel longer.

Trail of Ashes is Lizardi’s first full length film. There’s enough bright points here to warrant paying attention to his next projects even if this doesn’t quite hit the lofty mark he attempts. Hopefully, Lizardi can polish up some of the rougher edges with the script in regards to character development and revisit this intriguing world he and Vega have created.