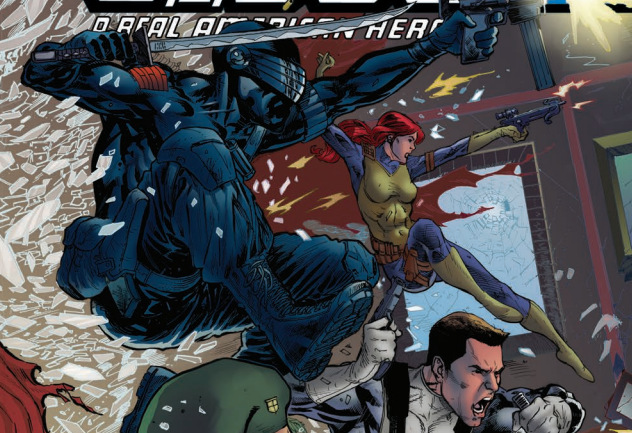 Larry Hama and Netho Diaz kick off a new arc featuring some of your favorite Joes and Cobra in this week’s latest installment of the Real American Hero series. 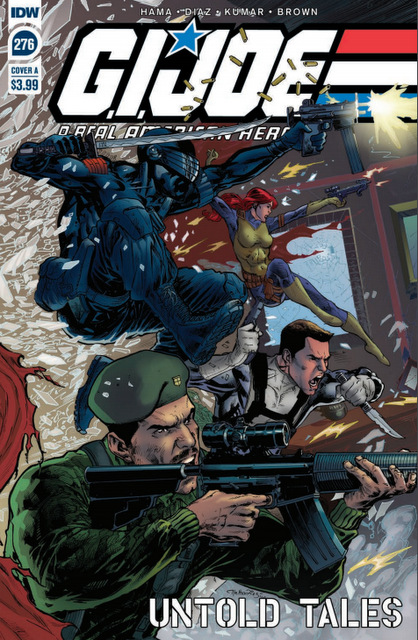 With the first chapter of Untold Tales, Larry Hama takes a back to basics approach without scores of ninjas or robots anywhere in sight. This is far more of an old school mission that sees Stalker, Scarlett, Snake Eyes, Torpedo and Scoop on a mission to retrieve a weapons tech before he can create some heavy duty hardware for Trucial Abysmia.

Snake Eyes, Scarlett and Stalker are of course regulars through Hama’s run and Torpedo has been a semi-regular cast member, but it was nice to see an underutilized Joe like Scoop in the mix as well.

The Joes are aided by a pair of deadly freedom fighters as they reach the rendezvous point to complete their mission. The skulking through sewers, maintaining a security perimeter and navigating through the minefield of political red tape has been a hallmark of the series. Hama makes the ninja/robot issues unique, but this barebones less superhero approach puts the series back in its sweet spot with specialists doing what they do best in overwhelming situations.

Utilizing this Untold Tales format allows Hama to revisit characters who have been killed or otherwise written off. The possibilities of seeing Ripcord and Candy enjoying a date to help flesh out their relationship or Doc out on the battlefield keeping his teammates clinging to their last breath is very intriguing.

Netho Diaz’s art is fantastic here. Diaz packs in a bit more detail and adds a realistic flair to the action than some of the recent Joe artists. 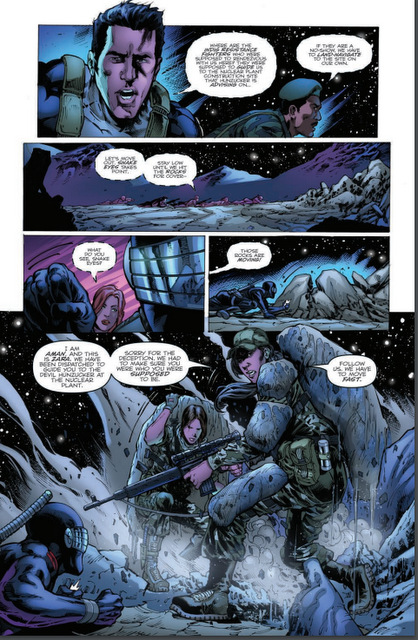 Inker Jagdish Kumas does solid work highlighting the details without embellishing Diaz’s pencils too much. Colorist J. Brown mixes some nice hues for the largely nighttime based story working in purples, blues and some reds to add another layer to the visuals.

Hama even works in some nice foreshadowing with Snake Eyes’ fate by the end.

I’ve enjoyed Hama’s continued run on the title, but this issue read like some of his stronger work from the early days in the series. If that’s the case with the rest of Untold Tales, this could be the arc that lapsed G.I. Joe: A Real American Hero fans have been waiting on.